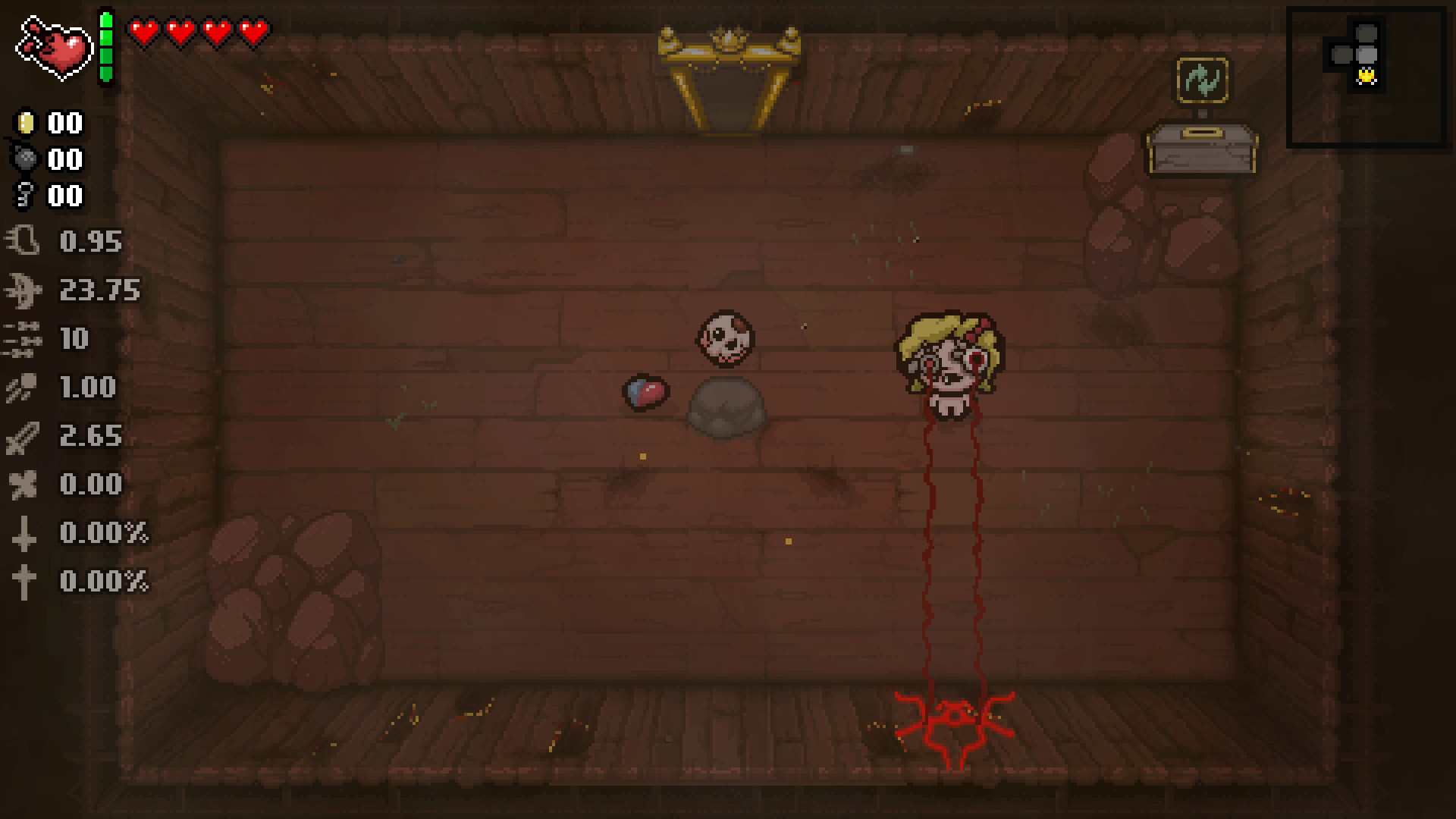 I don’t usually bring up the issue of price in my reviews, but when it’s the only real negative point of what is an otherwise outstanding gaming experience, the elephant in the room simply must be addressed. We all know that The Binding of Isaac is a fantastic game, and I’m happy to confirm that The Binding of Isaac Afterbirth + is undoubtedly the definitive version of one of the more memorable video games released this decade. The themes, while brutally and relentlessly disturbing continue to feel totally unique within the realms of the video game industry while the gameplay itself, that fantastic blend of simplistic mechanics and endlessly replayable roguelike design, make this one of the more compelling indie games around. But still, this is a defiantly ‘indie’ game, and while the question of how much you should be asked to pay for an indie game has been discussed ad nauseum, the fact of the matter is, the original game (which in the grand scheme of things is very similar to this updated version), can be picked up for a few quid online. This boxed copy of Afterbirth + though, well, you’ll be paying quite a bit more.

Prices will vary of course, but the RRP on this game is comparatively very steep (the Switch version is particularly overpriced) and something that should be taken into consideration. If that’s not an issue for you though, I can confirm (as if there was ever any doubt) that the game itself, beyond the occasionally hair-pulling difficulty spike, is quite brilliant. But still, as good as it might be, I can’t help but think that Nicalis may have shot themselves in the foot with the rather questionable pricing. 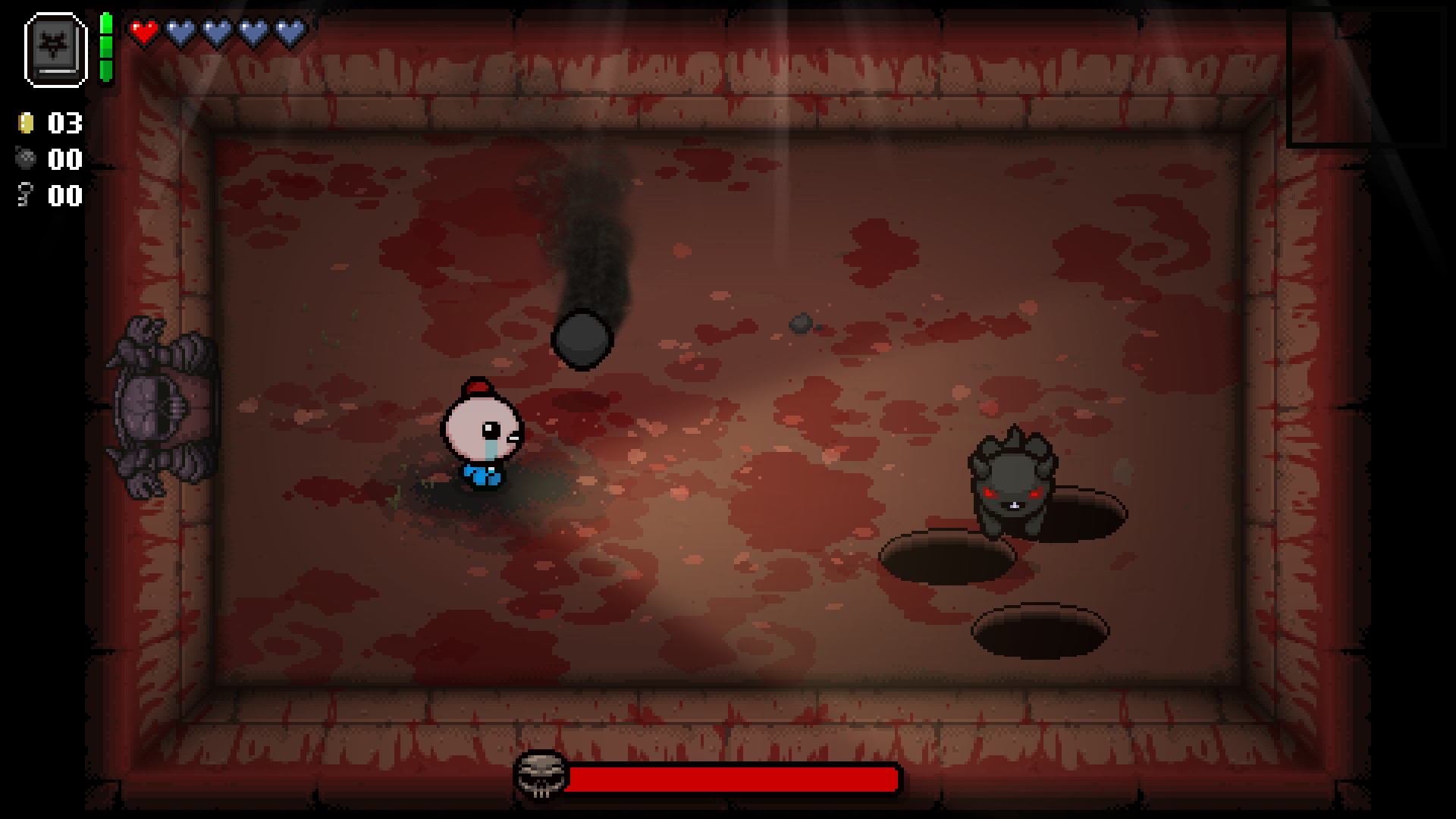 Ok, with that unpleasantness out of the way, let’s get to the matter of the unpleasant (but in a good way) gameplay. At its core, The Binding of Isaac has always been a relative simplistic twin stick shooter, one that is afforded huge amounts of depth thanks to its roguelike design, varied enemies and array of fantastic items and inventive weaponry. As always though, it’s the tones and themes that have invariably helped it stand out from the crowd. Don’t get me wrong, the gameplay has always been stellar, but the incredibly unique aesthetic remains as shocking and distinctive as ever. While that somewhat bizarre combination of religious iconography, gruesome violence and gross-out comedy obviously won’t have the same kind of effect that it did upon its original release back in 2014, returning to the game a few years later reminds you that, while the industry continues to move forward at a relentless pace, there is still nothing quite like The Binding of Isaac.

While I still have little idea as to how serious I should take any of the imagery in the game, what keeps me coming back to this modern day masterpiece remains the careful balance between adventure, action and item collection. Sure, the visuals are undeniably unique, but once you start playing, all of the faeces, blood and disturbing iconography quickly blends into the background as you go about the business of putting together your best run, trying to make the most of the weird, wonderful and often obtuse items that might show up each time you come back for another go. 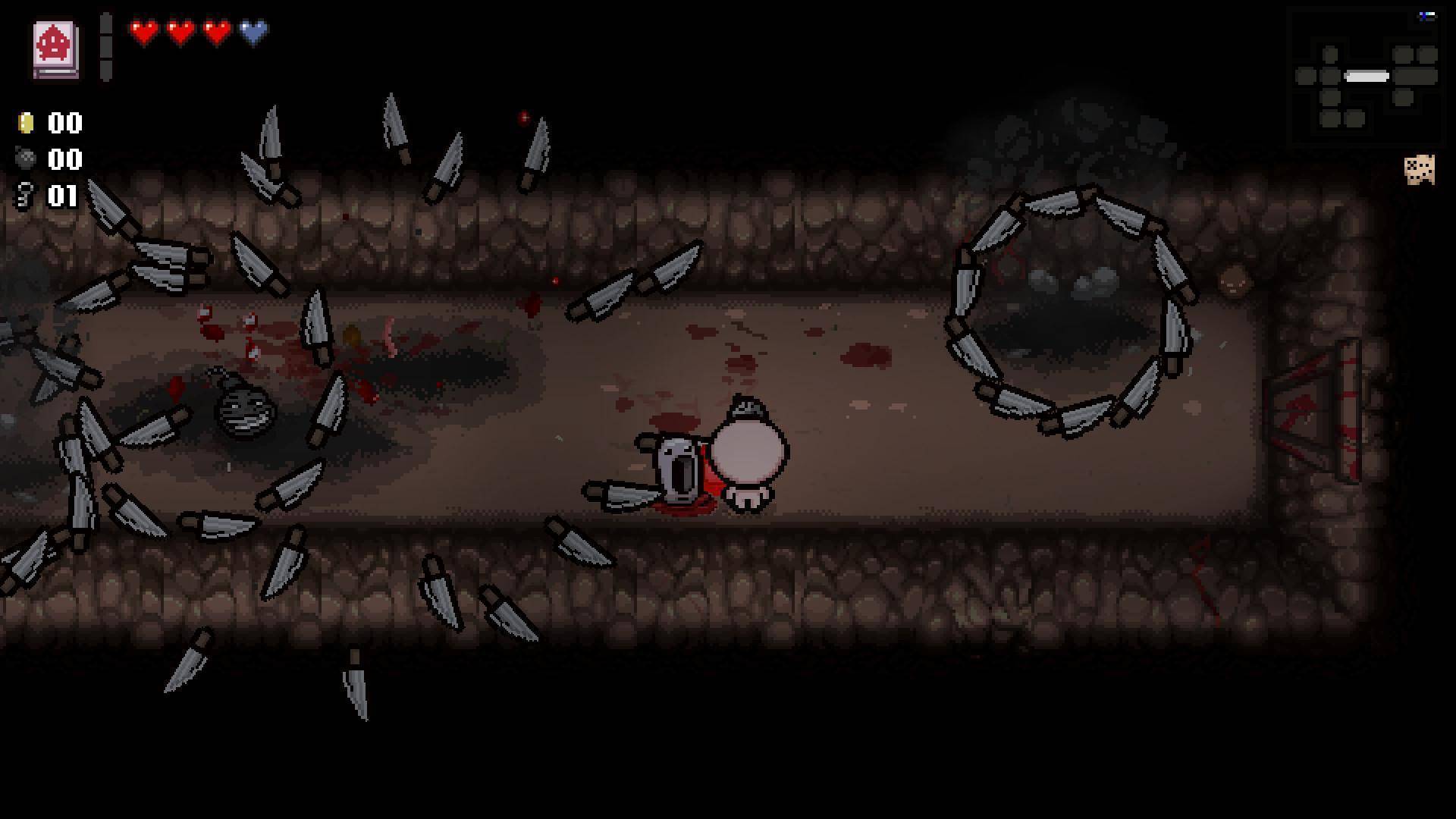 As with all rouguelikes, death here is permanent and will see you returned back to the start of the game, and while that can be undeniably frustrating (especially if the game decides to cough up one of its more unforgiving difficulty spikes just as you thought things were going well), the huge collection of enemies, locations and items ensures that, not only is every run unique, but each run, whether successful or not, will nearly always come with the benefit of new information. Whether it be how to use a new item or how to take down a new enemy or a unique boss variant, every run feels genuinely distinctive in a way that few roguelikes can match.

It helps of course that this Afterbirth + version not only includes all of the new stages, enemies, items and bosses of the original Afterbirth update, but also includes a further selection of new rooms, characters an additional final chapter and a very enjoyable co-op mode. None of this fundamentally changes the core gameplay or the original experience (well, other than the co-op mode perhaps), but it does add successfully to what was already a great game. Whether it’s worth the upgrade for those who have already played through the original or the standard Rebirth update is up for debate, but if you’re a newcomer to the weird, wonderful and utterly compelling world of The Binding of Isaac, this is without question the definitive version of the game and a great place to get started on your nightmarishly addictive adventure.