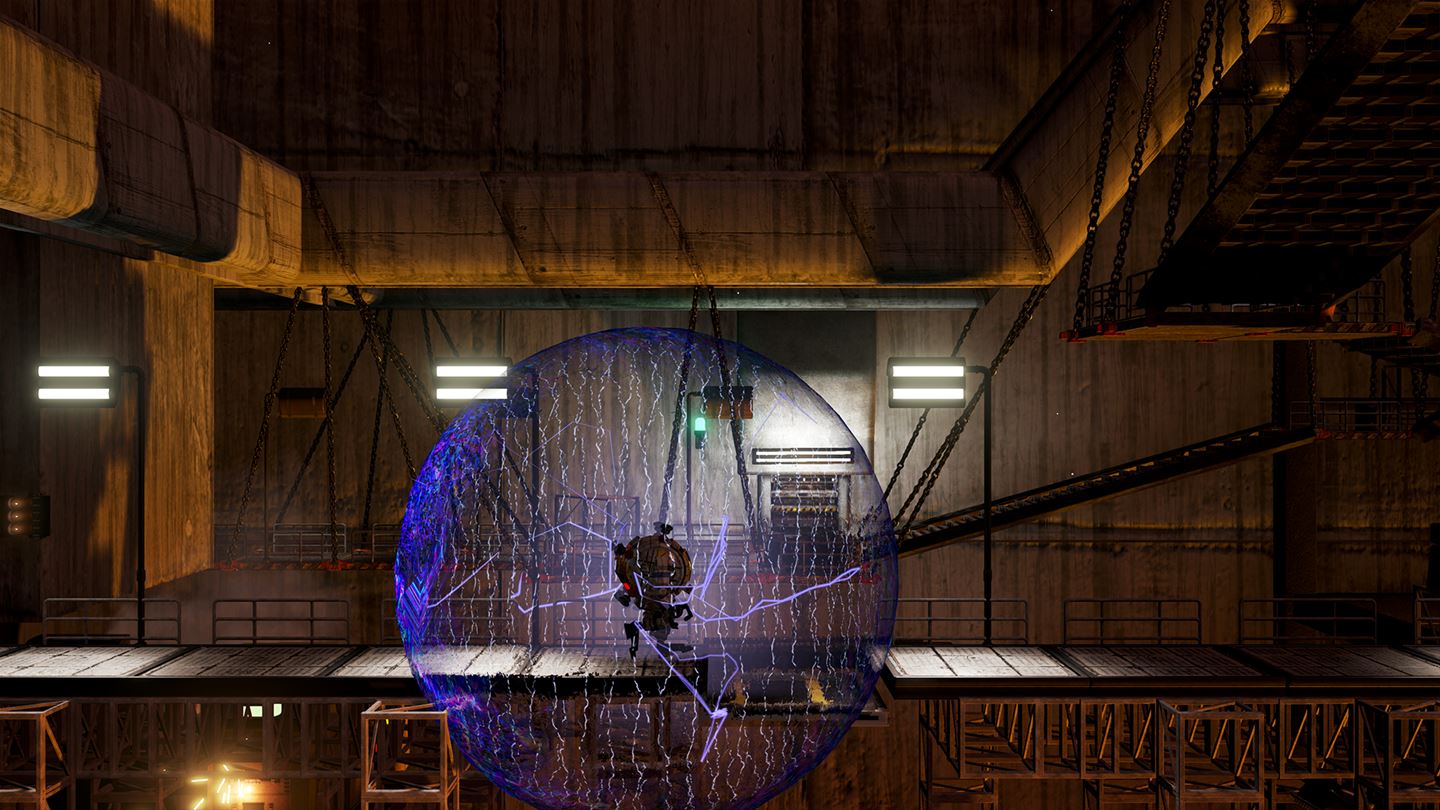 The recently released DEADBOLT, is an embodiment of everything that perfect indie game should be. And it is perfect from its roots, all the way up to all of its branches, as it was created by a coherent unit, and within reasonable boundaries. And this is shown through its immaculate, and inch perfect gameplay, superb soundtrack, and last but certainly not least, undeniably excellent game design. And any and all aspiring indie game developers should see DEADBOLT as a template for a perfect indie game. But unfortunately, despite of its initial 2015 Steam release, not many studios have done so. And this can be seen throughout all modern digital storefronts, as titles such as the just released Shiny, is a greatest example of a game, created by those who probably aren’t even aware of DEADBOLT’s existence.

SHINY – A Robotic Adventure, just like DEADBOLT, is a free-form platformer. Meaning that you, as a player, can go wherever you want, and are not forced to continuously go to the right. However, despite of the ability to track-back, Shiny’s main goal is to simply get from point A to point B, while collecting meaningless objects such as batteries, and inactive robots. And because of its rather jarring and mundane simplicity, Shiny gets incredibly boring, instantly. And most will be done with it before they reach the halfway point. And while some titles may take players hours, before they’ll even have the half-way mark in sight, then the same cannot be said about Shiny. As most players will reach its middle point, within minutes.

The title’s incredibly short length, could be seen as a negative, as many would be displeased with a game, which can be completed in an hour or so. However, in this instance, short play time benefits Shiny in the long run, as many will be relieved to hear that this particular title can be completed in less than an hour. As in reality, SHINY – A Robotic Adventure, is a pain to play and experience. As it is a shambolic mess of incomprehensibly poor game design, which is rife with mechanical incompetence. 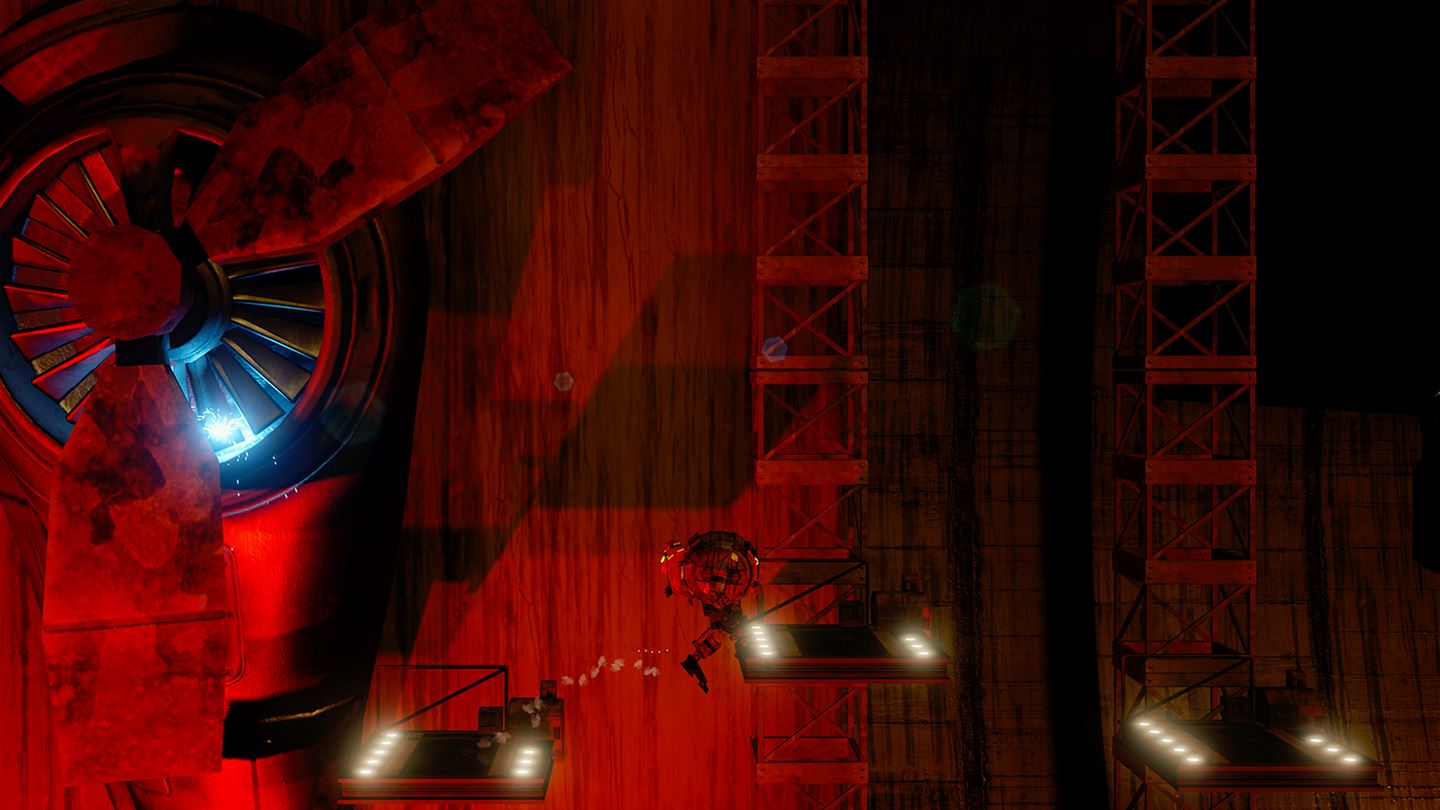 First thing that most will notice about SHINY – A Robotic Adventure, is that it is incredibly ugly – even for a game which was initially released in 2016. And its low-quality textures, and lack of any form of antialiasing, can be seen from the very first second. And are not in any way shape or form supported by the title’s disappointing particle effects, and rather amateurish animations, which are comedic to say the least. And what makes the matter worse, for Shiny’s visuals, is the fact that the developer insists on inclusion of close-up cutscenes, which only further expose the title’s pitiful visuals.

Most, when reading about Shiny’s underwhelming visual façade, will pull out the ol’ faithful ‘graphics are not everything’, but in this instance, they’d prefer that graphics, were in-fact everything, as Shiny’s core gameplay, and the infrastructure upon which it is built, are even worse than the abovementioned graphical display. But this won’t surprise many, visuals as bad as Shiny’s, are usually a dead giveaway of low, overall quality, and even lower standards.

In order to provide you with an example of how poor Shiny’s level design truly is, I’d have to refer to some low-effort online game. However, even those can boast of a superior level implementation than Shiny. And that’s because Shiny’s levels look and play, like they have been cobbled together within minutes, by a child, who had no idea what he/she was doing. And this can be seen as soon as on comes across the first sets of hanging platforms, which the developer loves. As commonly you don’t come across just one hanging platform, or two – no, you usually come across as many as eight, or even more. And within the majority of levels, you will find yourself mostly jumping between platforms, as besides that, SHINY – A Robotic Adventure has very little to offer. 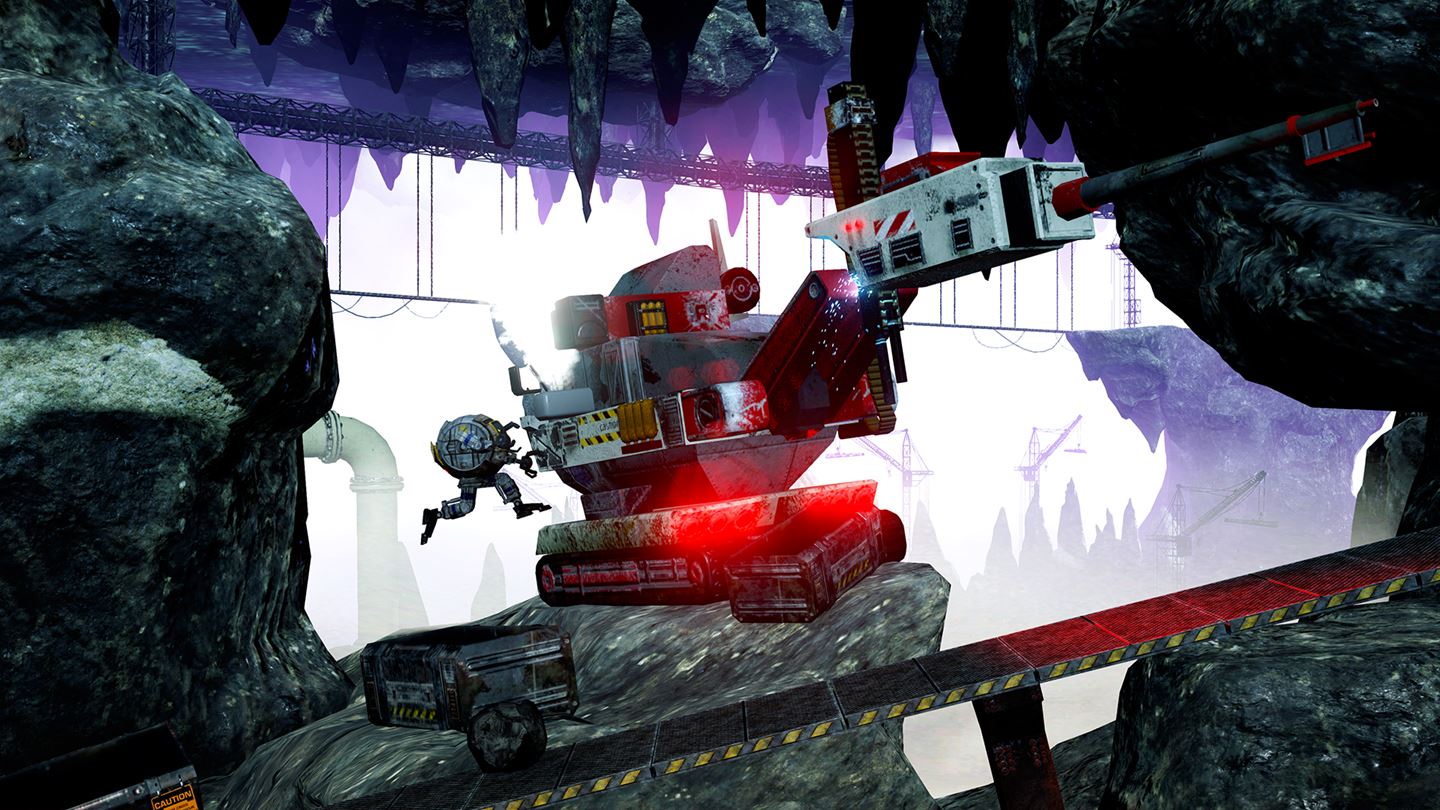 It would be unfair to say that SHINY – A Robotic Adventure only features mechanics such as walking and jumping, as in addition, it also features jet-packs, shields, cool-down mechanics, and more. But unfortunately, while those are adding some variety to the gameplay, they unfortunately do not overshadow the rather imperfect and inaccurate nature of the title’s controls. And most who will decide to give Shiny a chance, despite of the fact that it is simply a poor game, will find themselves falling just over, or just before a platform, as the title’s controls are hard to get a feel of. And the fact that the in-game protagonist controls like a bag of sand on wheels, doesn’t help either. And I wouldn’t be surprised if the title at hand would drive one to a blind fury, simply due to its frustrating controls, and dilapidated nature.

DEADBOLT, is a kind of game, which makes one lost for words, due to its sheer quality and impressive entertainment value. And subsequently, it prevents one from even saying a single bad word about it, as it is borderline impossible to find a flaw within its perfect structure. Whereas SHINY – A Robotic Adventure, is the complete opposite. It is a title filled with so many flaws, and holes, that one, no matter how much he/she tries, will struggle to say even a single positive word about it. And while games like Bulb Boy, at least had a low price point going for them, then SHINY – A Robotic Adventure doesn’t even have that, as it is currently being sold for a staggering, £11.99. And as you might have already guessed, it is simply not worth that much.