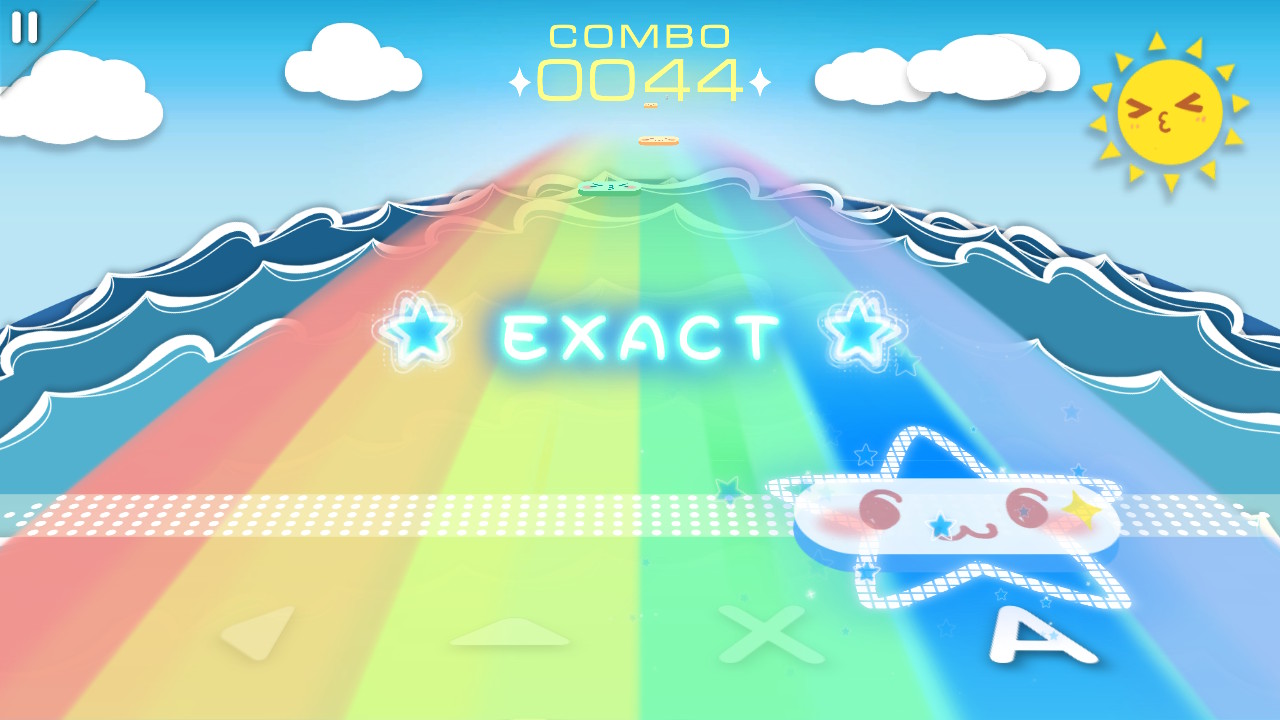 There hasn’t ever been a great balance when it comes to rhythm games, which feels almost ironic. Either they’re batshit insane in difficulty and technique, or they’re ridiculously simplistic and get far too boring far too fast. Great classics like Rhythm Heaven thrive off of a gimmicky style that keeps things interesting, but that’s more a matter of design and acumens than actual musical ideology. L.F.O. was certainly more in the shooter category than anything else, so still novel but not really what I would think of for a true musical game (same with Eat Beat DEADSPIKE, though certainly closer). Superbeat Xonic is probably one of the strongest “true” rhythm games on the Switch, but holy balls is it difficult and it doesn’t always feel as natural as I’d like. So when I happened upon MUSYNX, I wasn’t sure where we were headed, but I wanted to give it a shot.

I’m really, really glad I did, because MUSYNX is incredibly fun.

MUSYNX comes to us from a smaller dev called I-Inferno and was handled by PM Studios in getting to the Switch (PM also being the studio who did VOEZ, Superbeat, etc.). I feel like I need to go back and try some of PM’s other ported titles, because they seem to be doing great work on the Switch and some of the mobile games they’re assisting with are pretty quality. As it turns out, MUSYNX originally came from Android and iOS in the traditional “install for free and then buy songs” kind of deal. Which makes sense, for mobile: get a taste, get addicted, get everything else afterwards. While this paid console port is certainly more expensive than free, it’s got a lot of good points to it just as a console version. For one, all the songs (about 76 or so) are unlocked from the drop, which is a fantastic amount for the price. Additionally, there is currently a DLC shop that is present but empty, promising more titles to come (price not clear, but still, more stuff is always better). Additionally, without having to worry about compatibility or performance, having a rhythm game already setup and 100% optimized seems like the best course of action: I’d hate for my phone to freak out and crash in the middle of a song set.

MUSYNX is, right out the gate, unabashedly kawaii. Everything from start to finish is adorned with cute anime mascots, moe and chibi characters and a lot of upbeat, colorful design. Now, that doesn’t mean all the songs are cutesy, far from it: Flurry of Sakura, one of my favorites, has a nice dark edge to it. But there is an abundance of Vocaloid songs, some very singsong tunes and everything is distinctly in the cartoon pocket. So if you’re not into anime or overtly Eastern influenced games, steer clear. 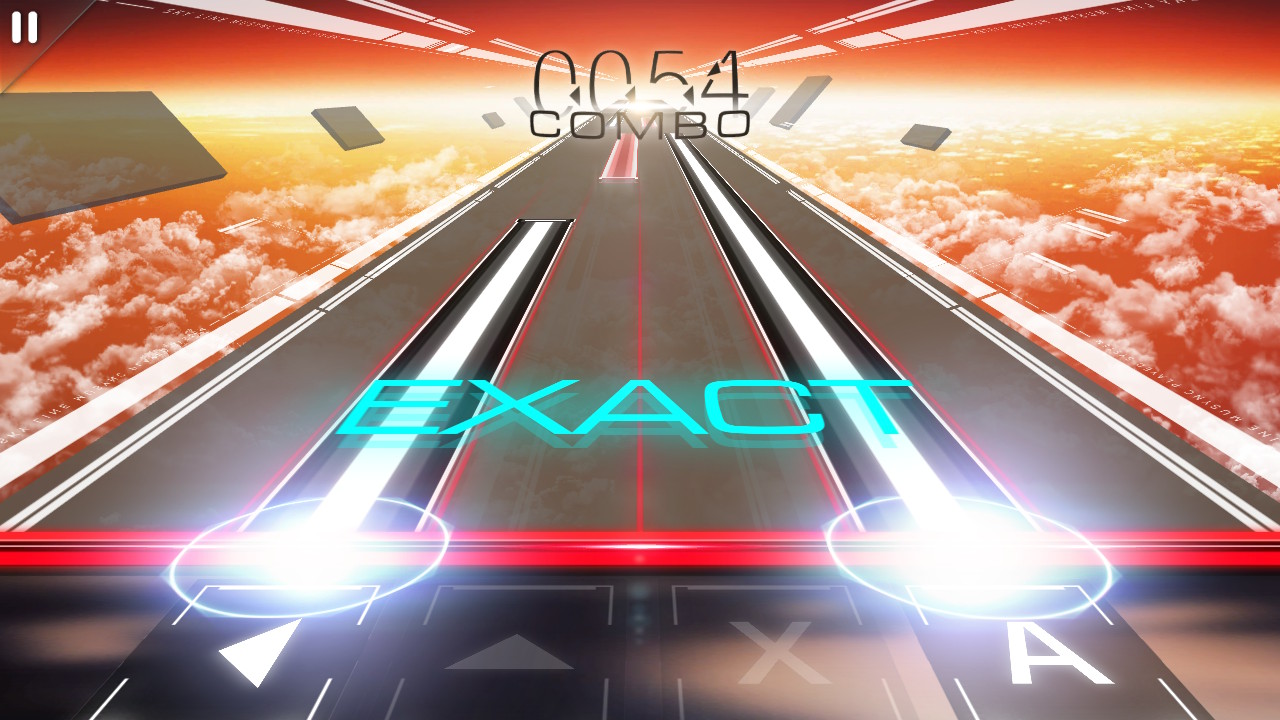 The actual gameplay is divided into either four or six buttons, with easy or hard mode available for each song. This is where I think MUSYNX was able to come through just a bit stronger in terms of engaging me than Superbeat did, because the buttons just feel much more natural. Instead of over complicating things and spacing it out between shoulder buttons, joysticks AND regular buttons, you focus on two or three of the D buttons and two or three of the ABXY buttons. This means you can comfortably detach the Joycons and play freeform, but also keep them anchored to the Switch and play in handheld mode. Strangely, this setup doesn’t port as well to third party controllers nor the Pro Controller, simply because the D buttons then felt too loose in accuracy. If you can, use just the Joycons for maximum effect and delivery.

Once you get up and going, it becomes apparent that MUSYNX is keeping their core audience in mind in terms of engagement for interest. With so many songs, you’ll be able to find something that you really enjoy, from classics like Canon in D to familiar tunes, such as the theme to ICEY (which we reviewed last week). Each song also had a difficulty rating, and even new players should be aware that the level 1 songs are so, so ridiculously simple. It gives you a good sense of the game: moving buttons need to be pressed when they line up with the strike line, long notes get held, etc. You can quickly move into the hard difficulty when you’re ready, as there isn’t a way to “lose” the game, per say. This is all about personal competition and getting your own best score, moving your good and greats into “exact” (this game’s version of perfect) and trying to get perfect combos.

MUSYNX also does a lot right in terms of making sure you keep engaged with the game. Firstly, there’s good color differentiation between the notes on the screen, and, even with the changing backgrounds and appearing figures a la Taiko Drum Master, you can stay focused. Secondly, there isn’t a penalty for hitting the wrong key as long as you hit the right key at the same time. Some games are very fickle and nasty about you hitting anything besides the right key at the right time: MUSYNX isn’t one of them. You could, in theory, mash all the buttons at once, over and over, and get a pretty good score. I don’t recommend this since it’d be crazy boring, but it’s a possibility. Lastly, the change from four keys to six keys is a dramatic step up in difficulty, but it’s transitional instead of jarring. You could swap from six to four and back on the same song without needing to relearn everything. Players may even decide they prefer one style to another and stick to that: I personally like four buttons better because I’m lazy, but that’s just me. 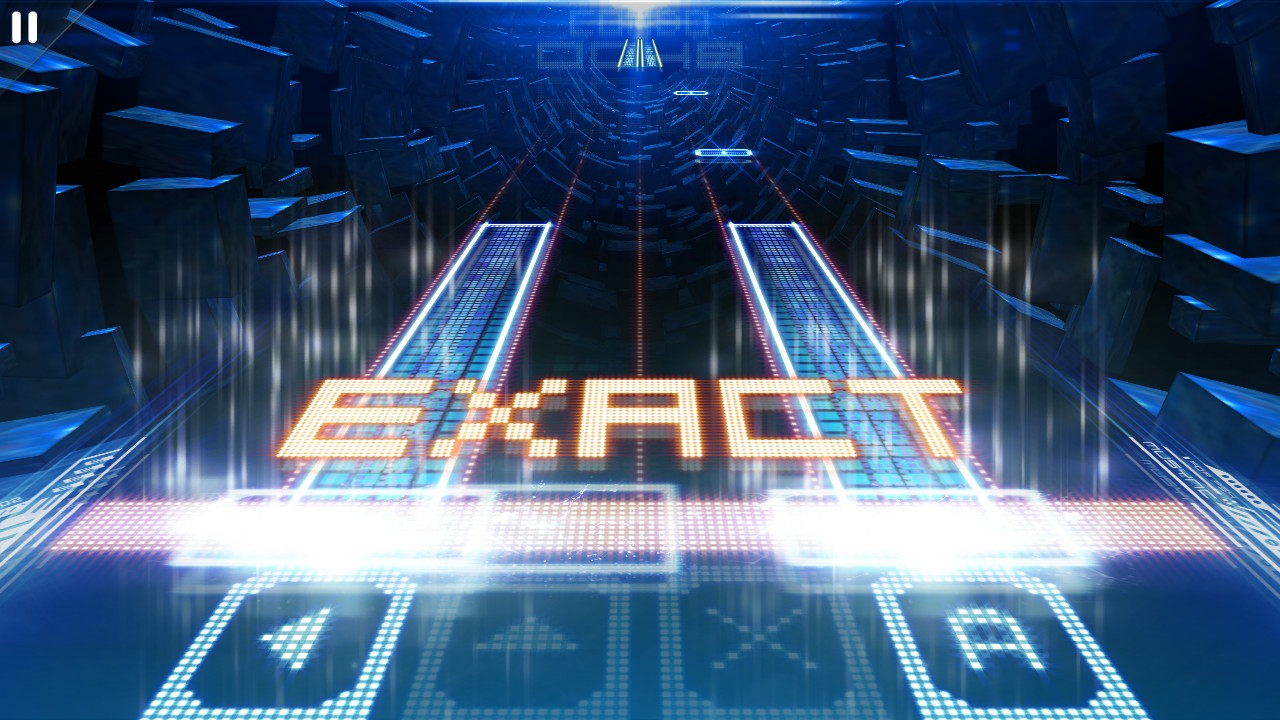 With seventy plus songs available from the get-go, not everything is going to be a winner, and that’s more than alright. The 8 bit songs are some of my favorites, as they evoke crisp, retro tunage and ideas (RPG Theatre is spot on). Tons of Vocaloid, but not a lot of Miku, so you need to be a large fan of the genre and not just the idol to rock out here. I Will Be Failed is this adorable, almost nonsensical song that I love playing, though I can see more “hardcore” rhythm players screaming in frustration at how relaxed the song goes. I’d say TWINKLE STAR, Journey to the West and Infinite Collapse will be some of the biggest successes, simply because they have fantastic pattern layouts and draw in players with a fluid motion that grabs and holds your attention.

There isn’t enough space on the Internet to review each and every song individually, so I’ll leave it at this: I wasn’t able to really do well in the big music scene in terms of DJ MAX, Pop N’ Music or even Guitar Hero. I wanted to, but it just never clicked. I was an arrow smasher, a DDR person, and that’s what makes me feel at home here. I load up MUSYNX, I pick a song, and I zone out as my thumbs do the rest. It’s a wonderful feeling, and the value for this package is insane. There are stronger songs than others, but nothing feels out of place, and you easily get your money’s worth after the first couple hours just disappear. Here’s to hoping for the success of MUSYNX, because I am totally enamored with this little beauty, and I hope you will be too.

Polish, love and unbelievable cuteness make this title on the Switch a smashing, enjoyable success, which is only helped along by a staggering 70+ song library.