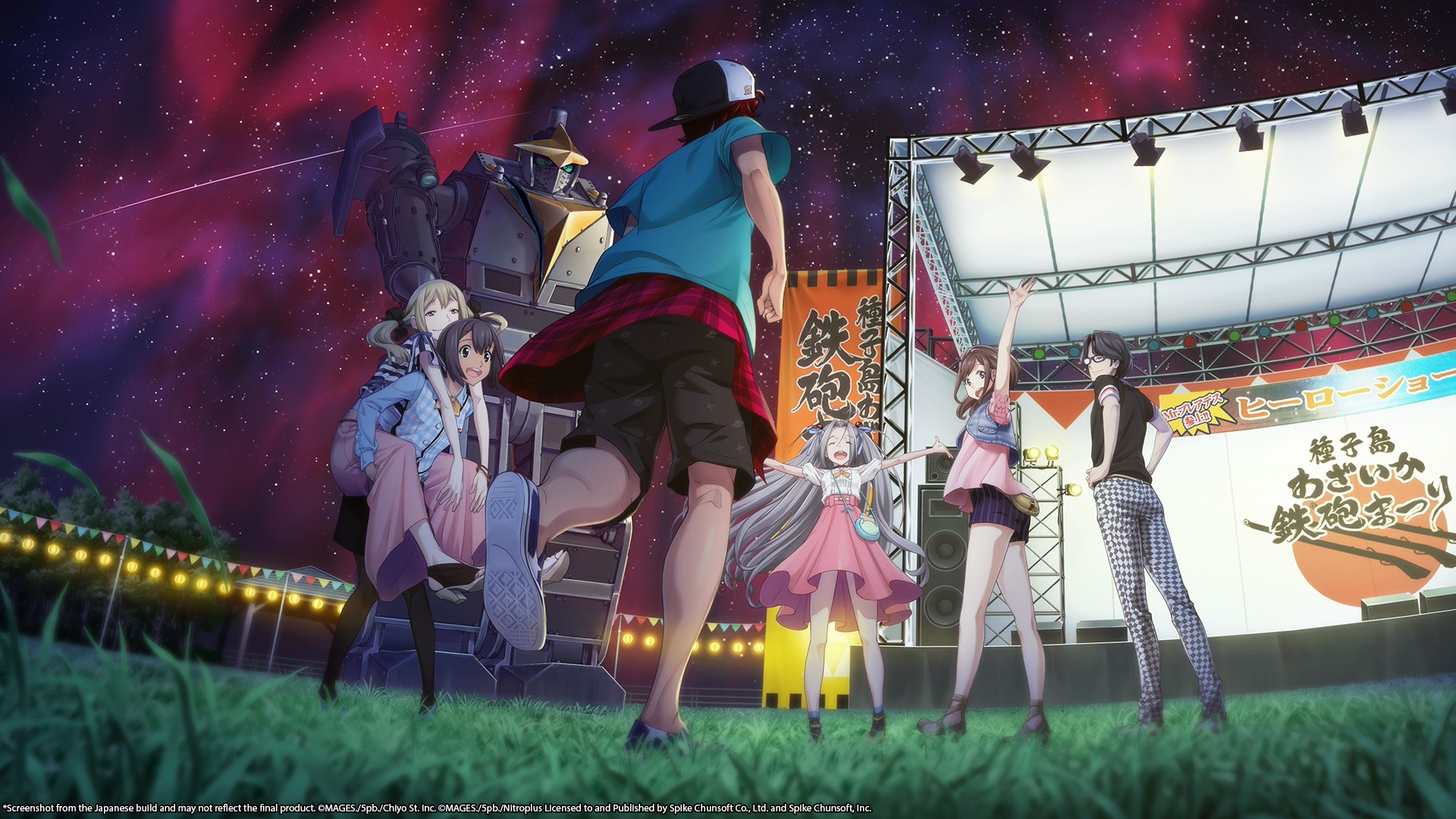 I’m starting to think that Chiyomaru Shikura is an actual wizard and not just someone who works with Mages. While not every single game that Chiyomaru Studio put out is a magical success, it’s crazy the level of quality that goes into every single game that I’ve seen come out of the studio. There’s something about the writing that really gets me every time. Even the unlikable characters are completely believable, and there’s ambition and learning that goes into the creation of the further adventures of the Science Adventure series. I was and am still enamoured with Robotics;Notes because of how the whole thing was written. Creating a male lead who wasn’t just a letcher or a doofus. Having female characters who can be confident in themselves without either being sexual predators or secretly evil. Those two things might seem like the most obvious boxes to tick in “making a game that isn’t blatantly offensive,” but they’re cornerstone taboo tropes of so many visual novels. So when you have a doofy Otaku character like Itaru Hashida who can exist and be a presence without being wildly unlikable, it’s a thing to celebrate. I’m sure several Otaku out there are big dudes who are also very kind and respectful at the core of their being, and it’s nice to see their ilk being properly represented in a game. Okay, he talks a bit about loli girls, but that’s honestly more vanilla than it could have been. Perhaps Hashida wasn’t quite where he needed to be in the world of Steins;Gate, but he finally gets his own breakout role as the lead in the newest Science Adventure game, Robotics;Notes DaSH.

Frankly, I could have played this whole game without a coherent plot. Hashida as a character is on his own plane of existence and totally unapologetic as a result. Though the game continues to change narrators and hats throughout (sometimes you’re Itaru, sometimes you’re Kaito again, etc.), the game never loses the charm and excitement of engaging through the eyes of the different characters. The plot unfolds slowly, as it does in the previous game, and it feels like it takes several hours before the revelation of the antagonist of the first game returning and it being a much, much worse situation than before. Instead, we get to take a while to see how everyone is doing, as this game takes place a mere six months after the conclusion of the first game. By the way, players who haven’t finished Robotics;Notes and want to jump into this one will be buffeted by spoilers almost immediately. This review will take great care not to spoil anything (as this really is the first foray for many players for this branch of the game series), but the reality is that DaSH assumes you not only finished the first game but also got the better ending, so tread extremely lightly across other reviews if you don’t want to have first game secrets exposed. 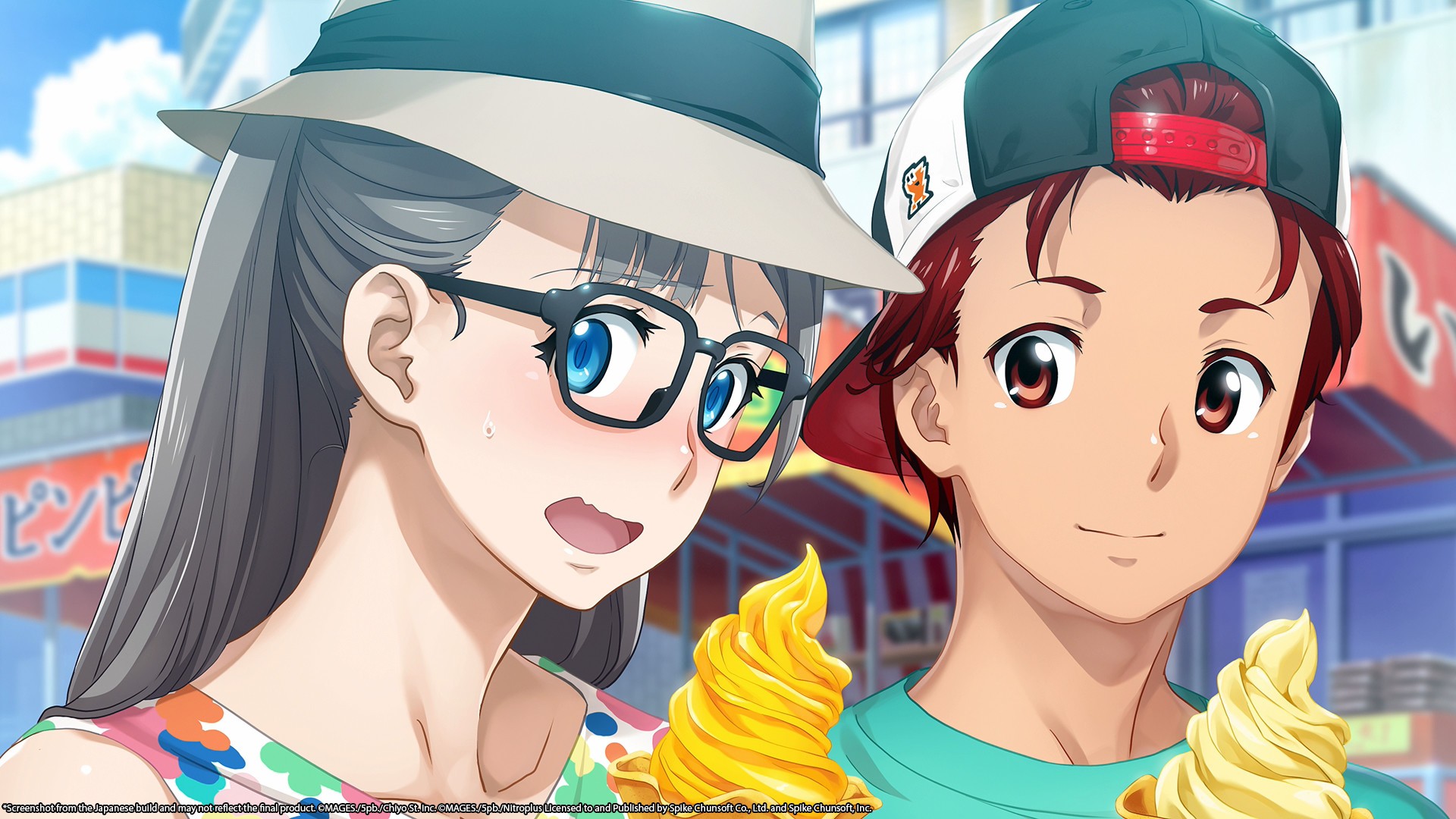 Robotics;Notes DaSH takes a lot of the elegant styling of the first game’s avatar designs and elevates it to a stronger level. The first incarnation did an excellent job of having natural movements and ticks throughout the dialogues of each 3D character model, allowing the game to be engaging in the visual novel sense without overdoing the motion. With this second game, there’s an experiment in having multiple moving characters on screen at once. It can sometimes create a bit of a cacophony of motion, but it actually works great when you consider the congregation techniques that most high schoolers practice. The result is really feeling like you’re part of a group conversation and not just always being in a one-to-one setting. It’s certainly more authentic, and also better captures a real group dynamic. Sometimes, two or more people are talking (and, in many points of this game, arguing) and you’re either an additional participant or a passive observer who needs to react when the debate has concluded. It’s something I haven’t seen a ton of within visual novels, and it just makes so much sense, I’m shocked this is my first real time registering it.

Plotwise, Robotics;Notes DaSH walks a very tenuous line between a slice of life, science fiction and tropes. Much like the first game, we need to balance a lot of dynamics of student life and natural inner clique friction with questions and hypothetical scenarios about life beyond the flesh, the Singularity and such. Since this second game takes place a mere six months after the first, we also have to deal specifically with summer tropes. For example, the first major plot revelations happens during a summer festival where we are privy to all the girls in yukatas, talk about Kaito and Akiho’s strange relationship (not to mention how Airi fits into it all), and some pretty standard chitter chatter throughout. Though, to be fair, that plot revelation/twist stops all worthless banter for quite a while. We also eventually end up at the beach, because how could we not. So, in that aspect, this game leans a little more towards standard visual novel/anime ideas than the previous one.

Yet, when it all really starts coming together, Robotics;Notes DaSH also has a line shot through it that might appeal more to the core audience as well. In the previous game, players were, ultimately, on the outside looking in. Even when you get into Kaito’s perspective, you’re still just a grown adult, pretending to be a high school boy while figuring out a potentially world-ending mystery. Here the player is frequently in the shoes of an older man (still in his twenties, but older nonetheless) and has a bit of wistful nostalgia from the times of being in the Future Gadget Laboratory. Now he’s looked upon as both a leader figure and a member of the gang, and it’s nice, but understandably a bit awkward. The group accepts Itaru, but also makes him see his differences, even though they do their best not to call attention to them or make him feel embarrassed (indeed, he receives amazing comfort to believe that Frau has similar thought patterns to his). Yet at no point is he condemned for his interests (when Aki is shown in a cat-eared maid outfit and he is clearly delighted, no one chides him), and that, I think, is a fantastic takeaway for all the players of this game. You can grow older and still have offbeat and weird hobbies/pleasures, as long as you’re not a creep about it. 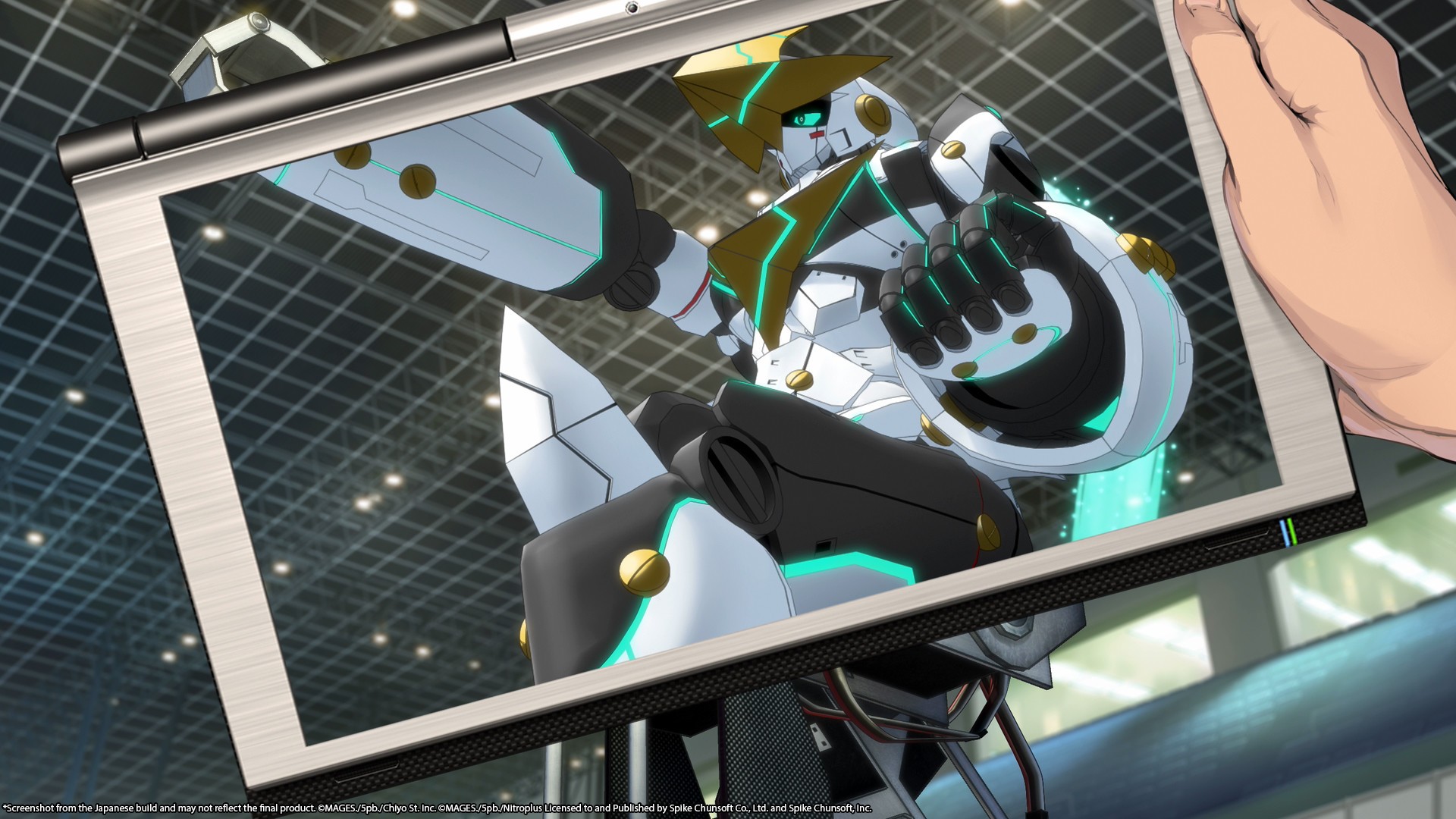 Still, Robotics;Notes DaSH is one that definitely caters more towards the fans who enjoy a slightly passive experience. The choice work and number of times with the PhoneDroid are fewer here, and the story is more enjoyable to lock in upon and just read instead of directing. The music and ambient soundscape is, as always, delightful, and the voices have all been brought back, so there’s no issue of having unfamiliar or strange changes in the characters that we’ve grown to love and admire. Instead, you can drink in the game in multiple sips, sometimes going for a few hours at a time, others just simply having a quick exchange of dialogue before saving and doing something else. I don’t think I’ve enumerated how convenient the menu system of the Robotics;Notes games have been. You can jump in and out of the game menu at any time, both to read and listen to lines you might have missed (or adore) all the way back to the beginning of the game. The Tips system that is present in all the Science Adventure titles help to give you background lore for specific words, both connected to real events and also to fictitious history concocted just for this game. I still love how much I’ve learned about Tanegashima just in this game.

If you had any love for the Robotics;Notes ELITE, you’ll 100% want to dive in and continue the journey with DaSH. I wouldn’t say that players could come straight here from Steins;Gate simply because the impact of revealing that a previously dead character was not dead doesn’t hit nearly as hard if you didn’t know them in the first place. All in all, it’s an amazing continuation, and it’s almost shocking to believe that seven years have passed between the release of the two games, yet it really feels like just a few months have gone by since we last saw Kaito, Airi, Akiho and the rest. Be sure to grab this immediately and also consider getting it on the Switch: I know I’ll probably be double dipping as soon as it’s available.

This may be the final instalment of the Science Adventure series, but what a fantastic, gorgeous note on which to go out.