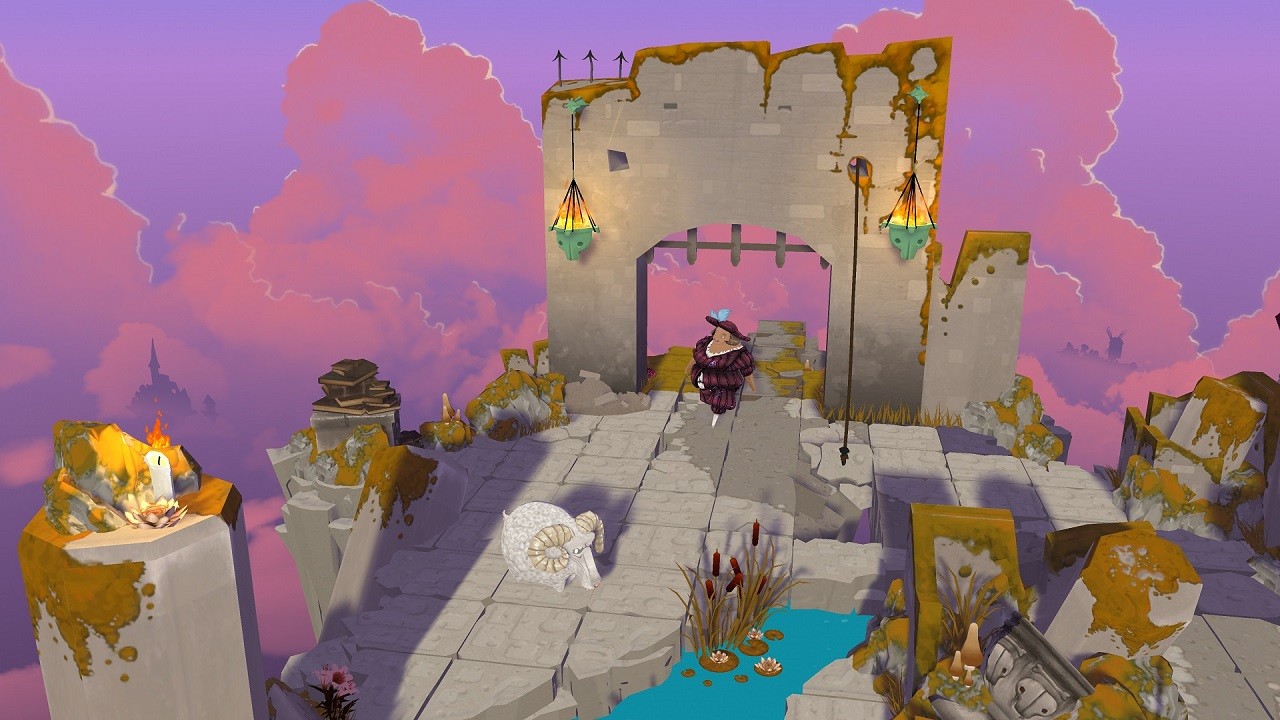 The genre of puzzle games can be an entertaining one in a digital format, but much like its paper-counterpart within a variety of books and magazines; once they’ve all been completed, you can’t go back to them, or within video gaming, feel the need or urge to revisit them. This is largely down to the design of such of a medium. In short, puzzle games come and puzzle games go. However, there have been a few exceptions to the rule, often with their genre housing some other form of game style, such as an RPG element. By holding some form of variation within their make-up or identity, puzzle games can invariable become instantly more playable or re-playable. This can be applied to Kong Orange and Daedalic Entertainment’s Felix the Reaper as it dances a release onto the Nintendo Switch.

Although primarily a puzzle game, Felix the Reaper contains so much more to warrant an investment. It’s part adventure, part puzzler and part music game, but not necessarily in the way that might immediately think. It follows the exploits of Felix, a reaper who works for the Ministry of Death. His job is to travel to the living world, via an escalator from within the depths of hell, to make sure that the fate of the living is carried out to instruction. He travels through varying time periods, manipulating the environment and actions of others to ensure that, when a person’s time is up, it’s up. However, Felix also has other motives, creating a back story that deals with the relationships between love, life and death.

Despite its subject matter, Felix’s adventures contain a firmly tongue-in-cheek premise with some hilarious characteristics that makes our protagonist an instantly lovable characters. Although his job is to deal out the hand of fate, our hapless hero loves nothing better than putting on his Sony Walkman and getting down to some serious grooves across each of the game’s levels. His reason for doing so, is not just for a love of music, but to try and attract the affections of Betty the Maiden who works for the Ministry and Life and resides amongst the living. Despite its puzzles, this is very much a romantic comedy with plenty of laugh-out-loud moments within the dialogue, settings and instructional information within the game. 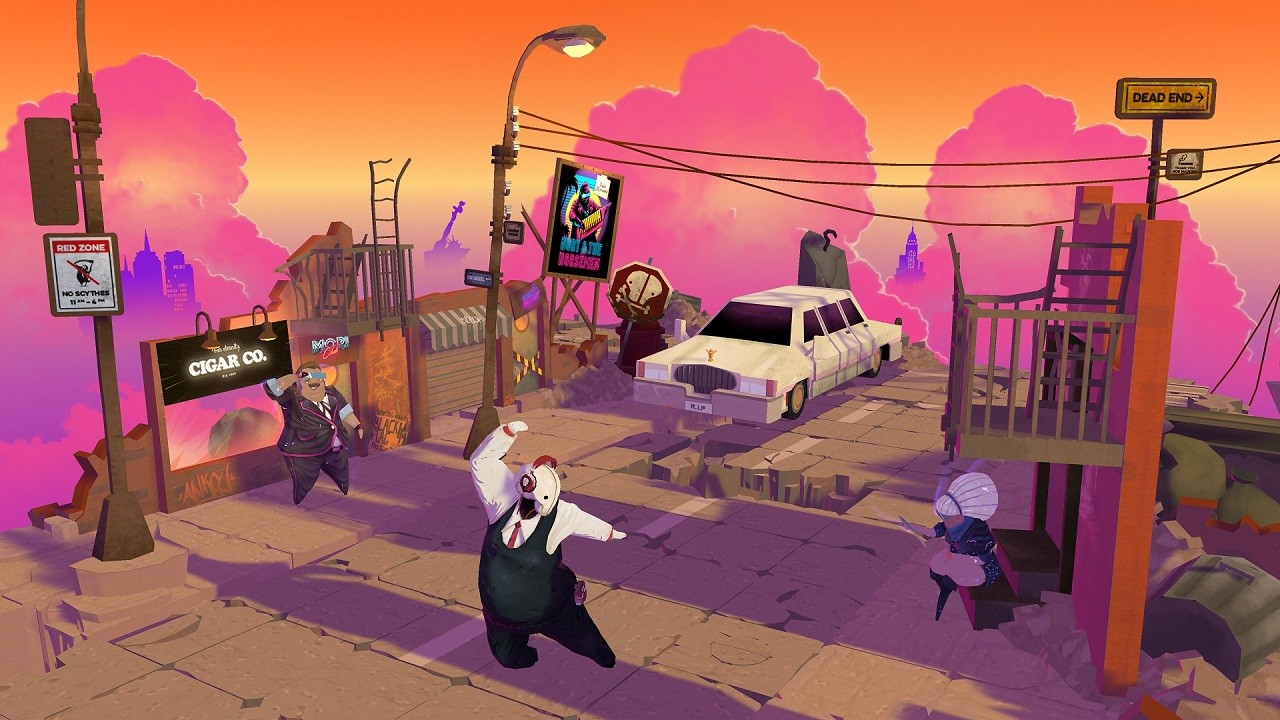 Each level begins with a contract of death that highlights who the intended victim is and how they meet their grisly demise. It’s then your job to catch the elevator to the living and perform a series of tasks to make sure that the contract is fulfilled. This is where the puzzle aspect of the game comes in, as Felix cannot walk where the sun shines. In order to reach certain points on the level, he must manipulate the shadows to create a path for him to dance along. To make life easier for him, the world around him is frozen so that he can place specific objects and people in the right place; right before the disastrous events take place. Once everything is set in place, the world then resumes and the action unfolds in some pretty grisly detail.

The level designs are presented on a series of grids that contain environmental items, the victim and their perpetrator. By rotating the angle of the sun, shadows can be formed from the environment; things such as trees or buildings. Your main task here, is to build a path by creating shadows to specific objects or your intended victim and place them within harm’s way. It’s by no means an easy task though and each level requires a level of thought on how to achieve your aims. However, rather than sitting all of the time and trying to figure out what to do, the game holds your interest further with its extra elements of cool music, groovy dance moves and comedy that makes playing feel more like an adventure than a puzzle game. 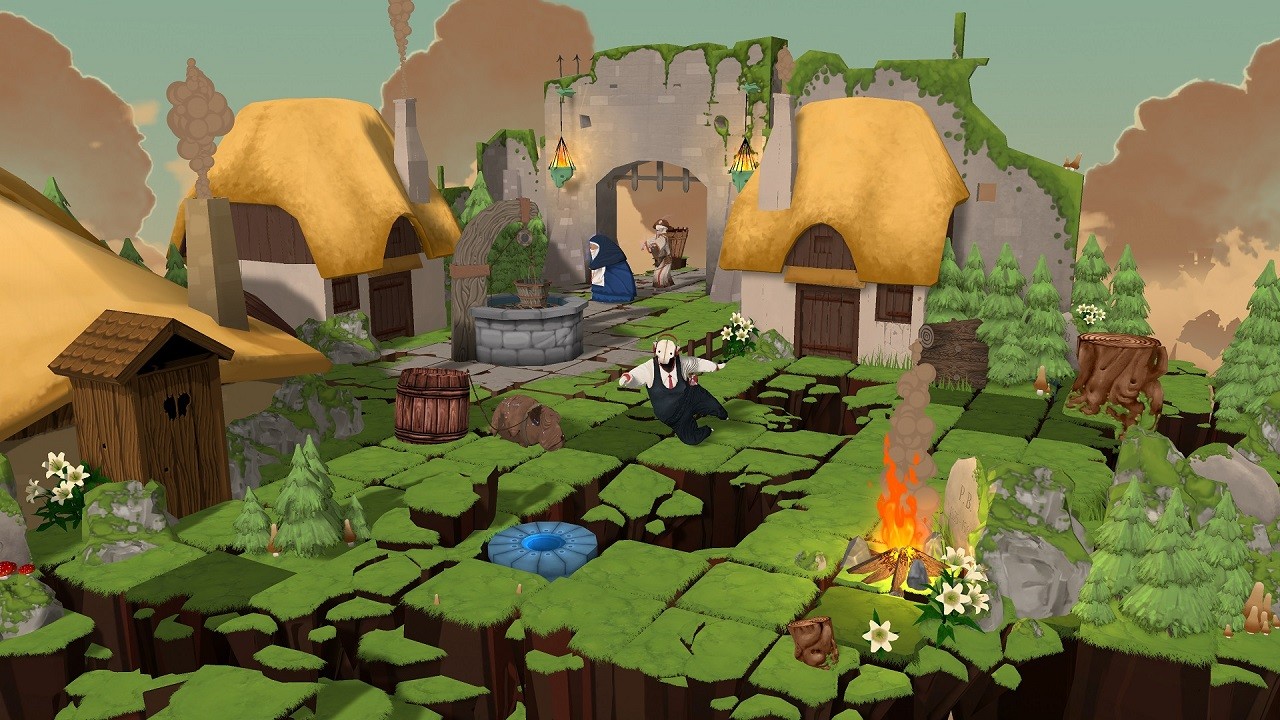 Each successful level progression brings larger maps and environments, as well as a series of cut-scenes and new contracts to push the story along. Each level becomes increasingly difficult to traverse, although to help figure out solutions and placements, you can rotate each of the maps, as well as zoom in and out of the action. Each of the levels also come with an extra set of objectives determined by moves taken to accomplish your goal and time taken to complete the level. These in turn, award you with skulls which can be used to unlock further time trials. It creates a form of replayability as you re-visit levels in order to unlock more content. This isn’t as grindy as it sounds, as the game’s charm brings you back time and time again. It’s visuals are charming and detailed, but the real stars of the show come in the form of Felix’s dance moves, captured using professional dancers, and the selection of modern, upbeat indie tracks that accompanies each scene and level.

Everything runs super smoothly on the Switch, whether you play docked or undocked. However, if there’s one minor gripe with the game, then it has to be the overall content within the game If you’re skilled enough, the game can simply be over before you’ve even got started; although unlocking the further time trials can bolster its level of new content. There were also times where I found myself fighting against the camera, but this was largely due my own errors in manipulating its view, although I did find it a bit too easy to sway its view far too often.

Overall, Felix the Reaper is quite a unique take on the puzzle genre. With a combination of great humour, challenging puzzles, cool music and an abundance of dance moves, this is a game that you’ll be tapping your feet along to as you try to solve its conundrum of puzzles. It holds a deep level of charm, especially within Felix himself and despite being a bringer of death, is a character that you simply fall in love with. In terms of target audiences though, there is a darkness throughout the game with some pretty grisly depictions of a variety of deaths which some younger players may not like, but in general, these scenes are never disrespectful in what they trying to convey. Its overall content can be questionable, but in all honesty, I had so much fun with what is on offer, that it didn’t detract from the overall experience. If you’re a fan of puzzlers, or are looking for something different to add to your library, then Felix will be sure to add life and soul to the party.

Felix the Reaper dances its way through a host of shadowy puzzles and dark humour.