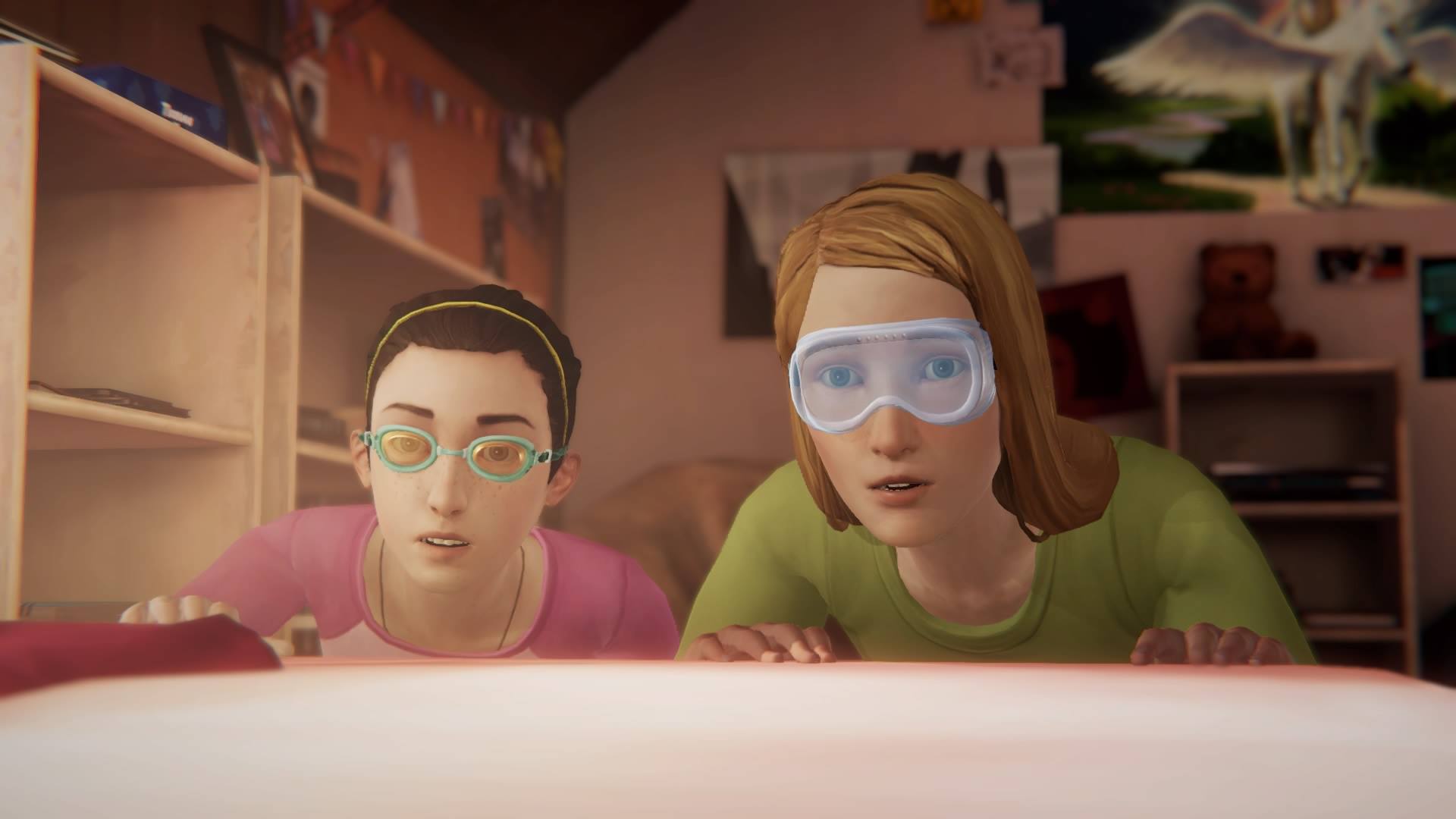 Before there was a storm and before there was Rachael, and before Rachel there was a time were Max and Chloe were once close and innocent best friends, or pirates — a small detail of both Max and Chloe’s life that is often overlooked, or reminisced through countless pictures and items that pop up from time to time. In the original series we were able to go back to when Max and Chloe were younger but for only a brief moment between episodes, it was touching yet saddening as there was only so little that we were able to do within the few moments that we got to see with Chloe and her late father all in the same room together. Before the Storm’s fourth bonus episode allows us to finally relive that day with its very own mini story as well as giving us one last go as Max herself making this episode all the more sentimental.

Farewell is rather short but very straight to the point as we’re dealt with Max’s difficult task of trying to find the right time to tell her long time childhood friend that she is moving to Seattle in just a couple of days. To make the subject at hand a struggle for you and Max the game starts off with the two in Chloe’s room blowing up Barbie dolls and helping Chloe clean out her room which in short turns into a reminiscing nightmare for Max while ironically being a joyful trip to the past for Chloe. Searching for items to donate or get rid of while Chloe steps in to each time is a moment that is both amusing and also touching to see how difficult it can be for Chloe to let go of the things she loves which adds on the pressure of hitting her the hard truth. Chloe makes this especially difficult to manage when she encourages the idea of searching for their old buried treasure (time capsule) that they hide when they were both eight and nine years old making the one objective you have all the more painful and challenging as you play through. And the more you choose to hide her from the truth the more the subject will come up as you play along. 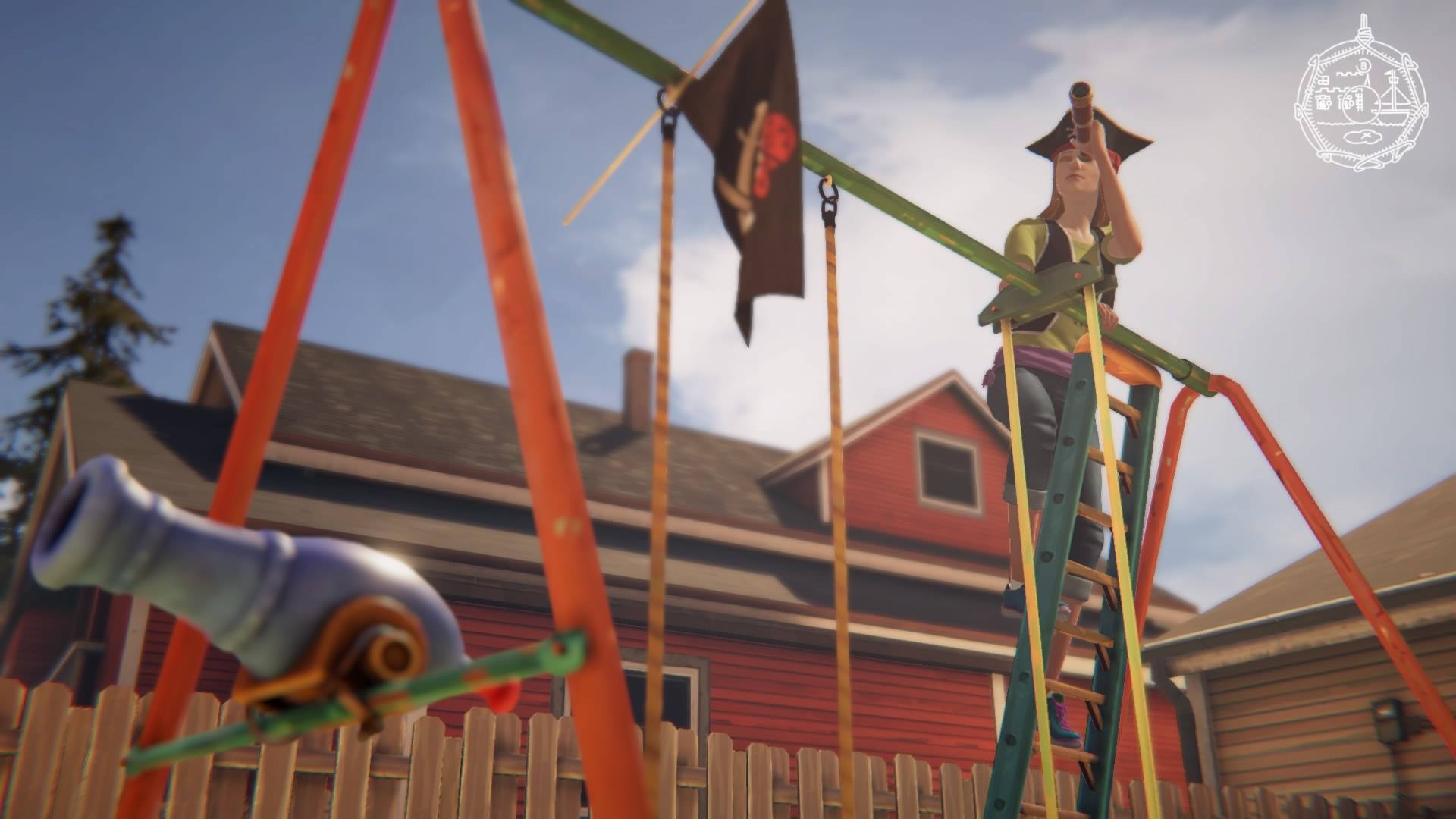 Going back to the two pretending to be their iconic pirate phased characters, Caption Blue Beard and Long Max Silver, was extremely pleasing and heart warming to see since we’ve never got to see them at their most innocent time. The best part of all this was being able to have one last playful run with Max’s young early, and amateur photographer skills and capturing every little detail and memorable moment that was given.

Discovering an old treasure map, a telescope, and searching for an amulet in an attic to help locate the buried treasure also felt fun and thrilling as I tried to take my time to enjoy the small moments that came with each scene — using the telescope and the amulet was also enjoyable just because of how creative the idea of searching for the treasure with them together was. Digging through old photos and letters just adds to the nostalgia of it all which also got more heartbreaking as it all came to end with an ending so shocking and off guard that even if you saw it as obvious it still packs a powerful punch to the gut that you’re just not ready for when it’s all said and done. 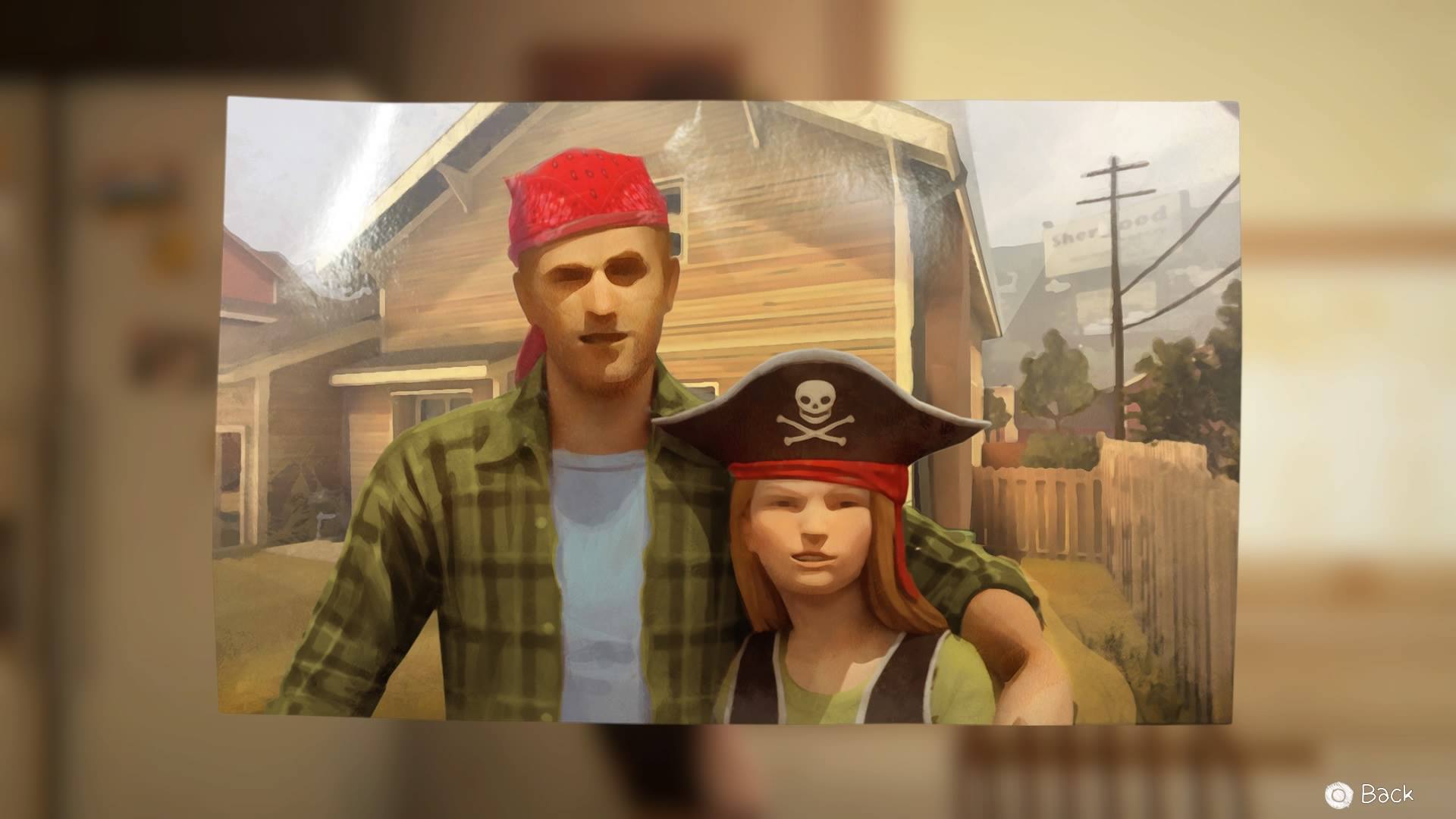 Farewell by far is one of the most powerful episodes since the final episode of the original series, the emotion, the thrill, and the shock all feeling as if we were playing as these characters for the first time again when in actuality it’s the very last. It’s sad to see the story of Max, Chloe, and not to mention Rachael, all finally come to end but you can’t help but feel relieved that just about all of our questions and backstories of these characters finally have some resolution to them. The adventures that were made throughout each episode of each game all had strong connections with this one feeling especially close to home it’s difficult to say goodbye to it all, but what better way to end it than with a proper farewell not only with the episode itself but also to have the original voices. Ashly Burch (Chloe) and Hannah Telle (Max) play their respected rolls one last time.

Though Max, Chloe, and Rachael’s story might be over there’s no telling if another “Life is Strange” game will be in the works again later on in the future to keep the franchise alive, but for the meantime I think with the ones we have now it’s save to say that we’re perfectly fine without another game for now. Although it would bring hope to the Life is Strange franchise, these three characters will forever have a special place in our hearts even long after we’ve moved on.