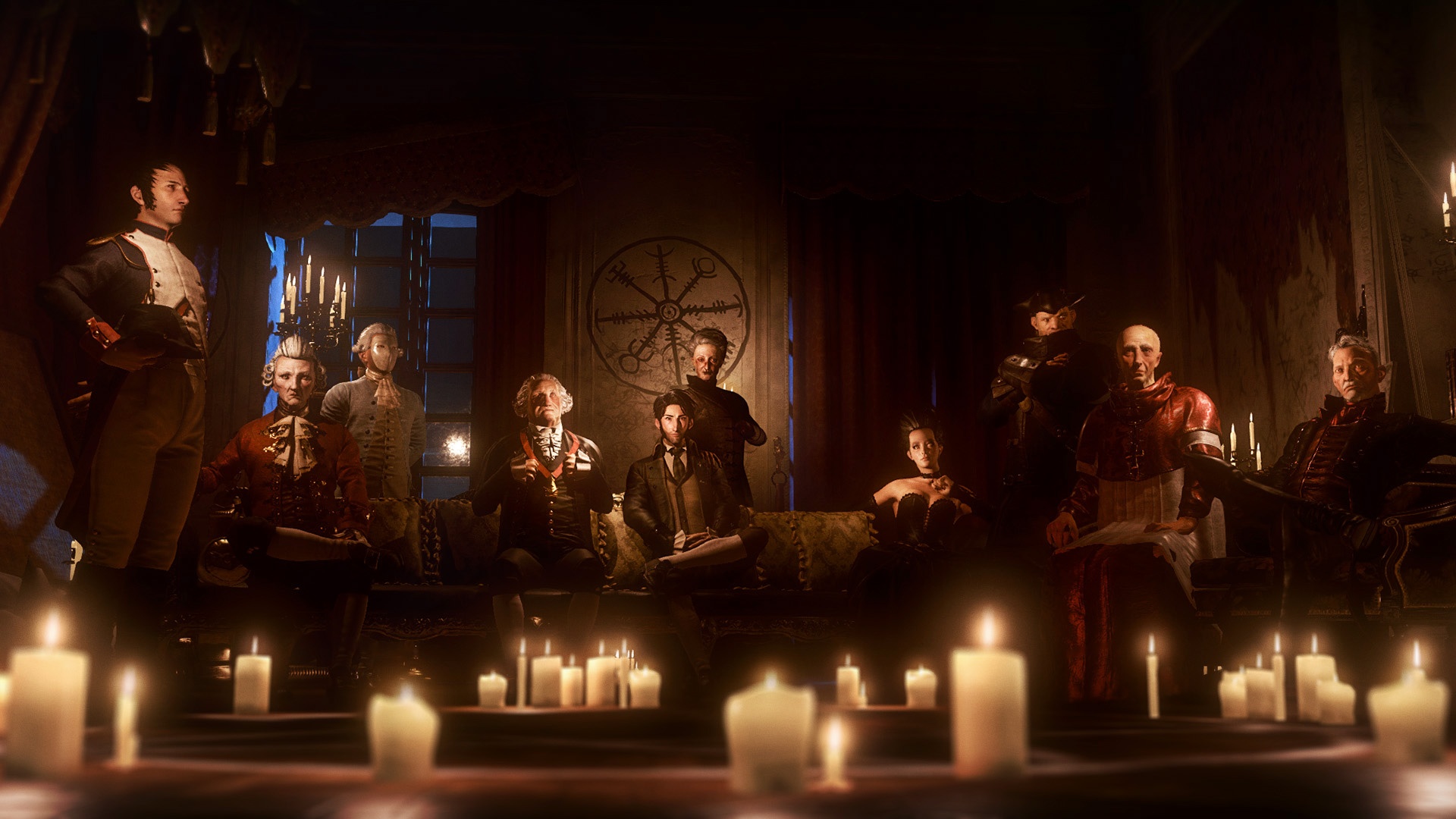 Insistence on photo-realism, has been persistent throughout the current console generation. And in recent years, it has gathered even more steam than ever before, as the use of such art style has bled through the walls of AAA development, and straight into the indie sphere. And while the vast majority of photorealistic indie titles has been sub-par, or downright tragic, to say the least. There have been few gems in the rough, which have found their audience. And while titles such as Black Mirror, or the first episode of the recently released episodic series The Council, could be held as an example for other indie developers to follow, they are nowhere near the contemporary standard.

From afar, The Council, and in particular its inaugural episode ‘The Mad Ones’, looks great. However, just like the aforementioned Black Mirror, the closer the camera gets, the uglier the title becomes. And it is by no means horrid, or repulsing, it is just rough around the edges – to say the least. However, the use of caricature like character design, does salvage the title’s façade a little, as it adds a level of surrealism which allows one to simply ignore a handful of blurry textures, or rough edges. But unfortunately, no number of bells and whistles, could possibly hide the title’s poor animations.

When it comes to the core gameplay, and basic animations, The Council doesn’t perform too bad. As the protagonists walking animation, and NPCs’ idle motions, all look fairly realistic, and they are all held up to a fairly high standard. However, just like most modern adventure games, The Council does feature a plethora of close-up conversations between characters, and other cutscenes. And it is then, when the title’s animation is at its worst. And while it can be easy for one to overlook robotic gesticulation of the NPCs, the same cannot be said about the title’s lip-syncing, as such is simply horrendous. 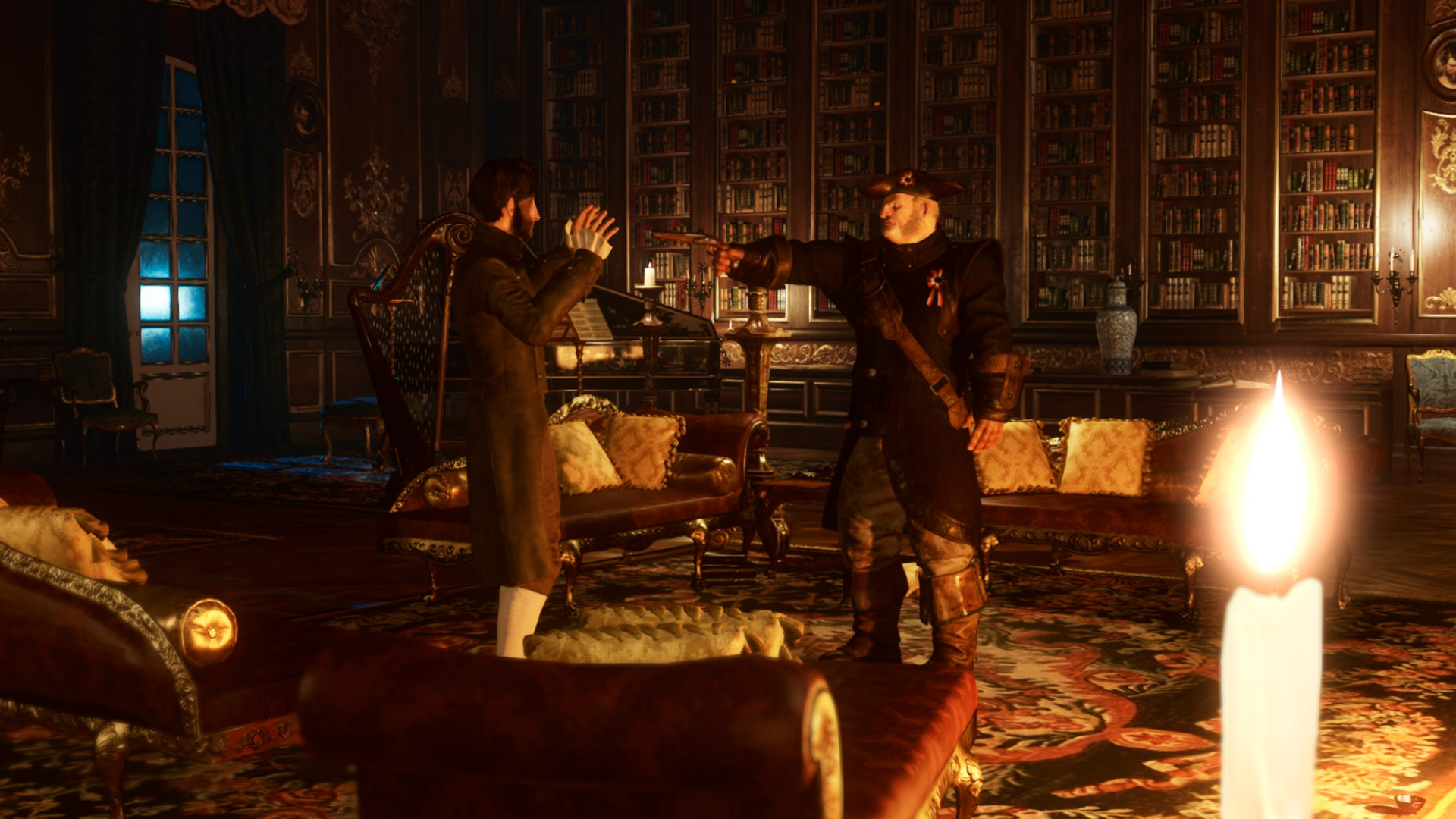 The inaugural episode of The Council opens up with a prologue like sequence, which gives one the taste of what’s to come. And this particular section of the episode, does title no favours as it instantly exposes all its flaws directly to the player. From poor lip-syncing, through comical gesticulation, all the way down to dated textures – its all there. However, what is also there is a presentation of the title’s core systems, which at least in my opinion, are above beyond the one’s of Telltale Games.

Unlike other adventure games, The Council, features a deep and layered skills system, which throughout the title, allows one to evolve the protagonist, and shape him into either an Investigator, Occultist, or a Diplomat. And depending on one’s choice of career, the title will shape in vain of it. Meaning that if one selects a skill tree of a detective, he will be able to deduct and investigate other’s behind the scenes, meaning that once the push comes to shove, one will be able to make his way through conversations with ease, as he/she will understand the personality of one’s subject, before he/she even says a word. On the other hand, if one turns to the occult side of things, his social and academic skills will not be as profound, but at the same time, the island on which The Council takes place will be an open book, both in literal and theoretical sense of the word.

Skills such as perception, lock picking, or etiquette, may seem a little overpowered at first, as they literally allow one to cheat the system. As perception allows one to decode the NPCs, lock picking in turn allows for opening doors which otherwise would remain closed, and etiquette, gives one an opportunity to familiarise oneself with the upper class, and evade needless struggle of a common man. However, there are limitations to all these abilities in form of action points, which deplete with use. But if one has a steady supply of royal jelly which happens to replenish those points, or high enough skill in certain abilities in order to prevent depletion, then he/she doesn’t have to care about the limitations at all, because at that point, action points are borderline unlimited.

The best thing about The Council’s skill and ability-based gameplay, is that players can craft the overall experience to their liking. However, if you’ll concentrate solely on one play style, then in no time, you’ll realise how exploitable this particular system is. And if you’ll decide to commit all your skill points into a singular tree, then you’ll be able to breeze through the game, without wasting any action points. And that’s because you do not use up your action points, if the level of your ability matches the one of the NPCs. And within the first episode, The Mad Ones, no one is above level four, meaning that by the end of the second chapter, you’ll out-level all the NPCs, and no longer have to worry about the state of your action points, as you won’t have to use a single one. 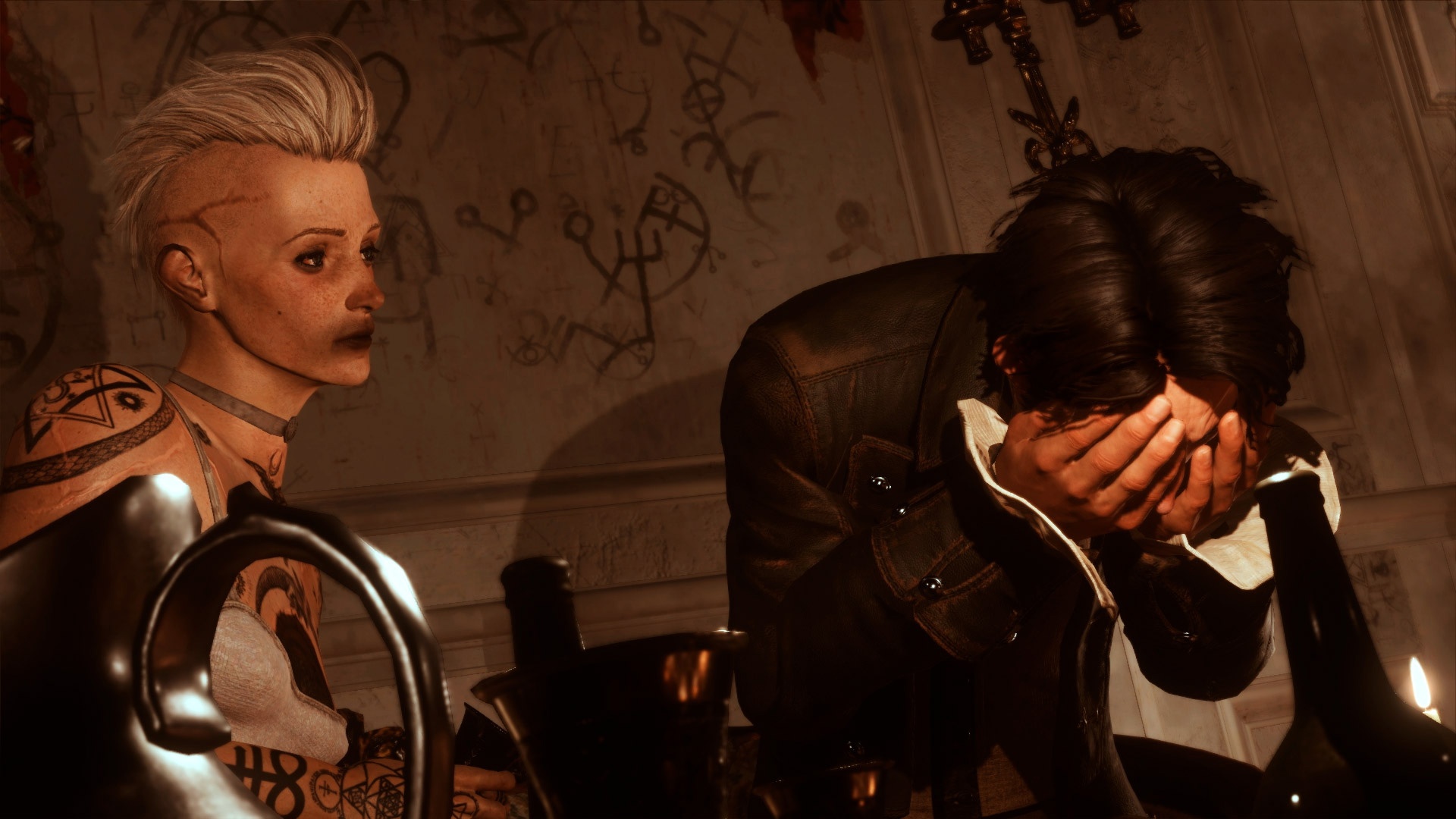 As stated above, by the end of chapter two of the first episode, you’ll have enough skill points in order to cheat the system. And it may sound like you are overpowered out of the gate, as for most games, second chapter is nothing more than an expanded introduction. But in the case of The Council, second chapter is the halfway point. And no, The Mad One’s chapters are excessively long, as the episode in question is simply short. But do not fret, as The Council is all about replay-ability, and within a single playthrough of the first episode, you’ll see roughly a quarter of original content. So, while it may just take you two hours or less to complete the episode once, it may take you as much as ten, to see everything that the episode has to offer.

The Council’s inaugural episode, The Mad Ones, may not be a perfect start for the series. As it begins a little to slow, and tries to fit in too much, into too little space. And at times, it feels like the developer behind the title, is simply trying to cram in as much as possible into the title’s short, singular running time. And even if one replays the episode into infinity, he/she will still feel short-changed by it. As the episode at hand does very little to do all the NPCs justice, especially when you consider the fact that those are at the centre point of the title, as The Council is all about sociopolitical intrigue between the world’s 18th century upper class.

The Council, may have started off slowly, but shows a lot of promise. And even the inaugural episode of the series, The Mad Ones, was getting better with each and every chapter. And the sheer jump in quality between the prologue and chapter four, does enough to inspire one with confidence that the future episode will be above and beyond what we have now. But unfortunately, this doesn’t change the fact that as things stand The Council is a rather average adventure, and if not for its extensively branching paths, and replay ability, it would most likely be nothing more than an afterthought, in an already over saturated market.