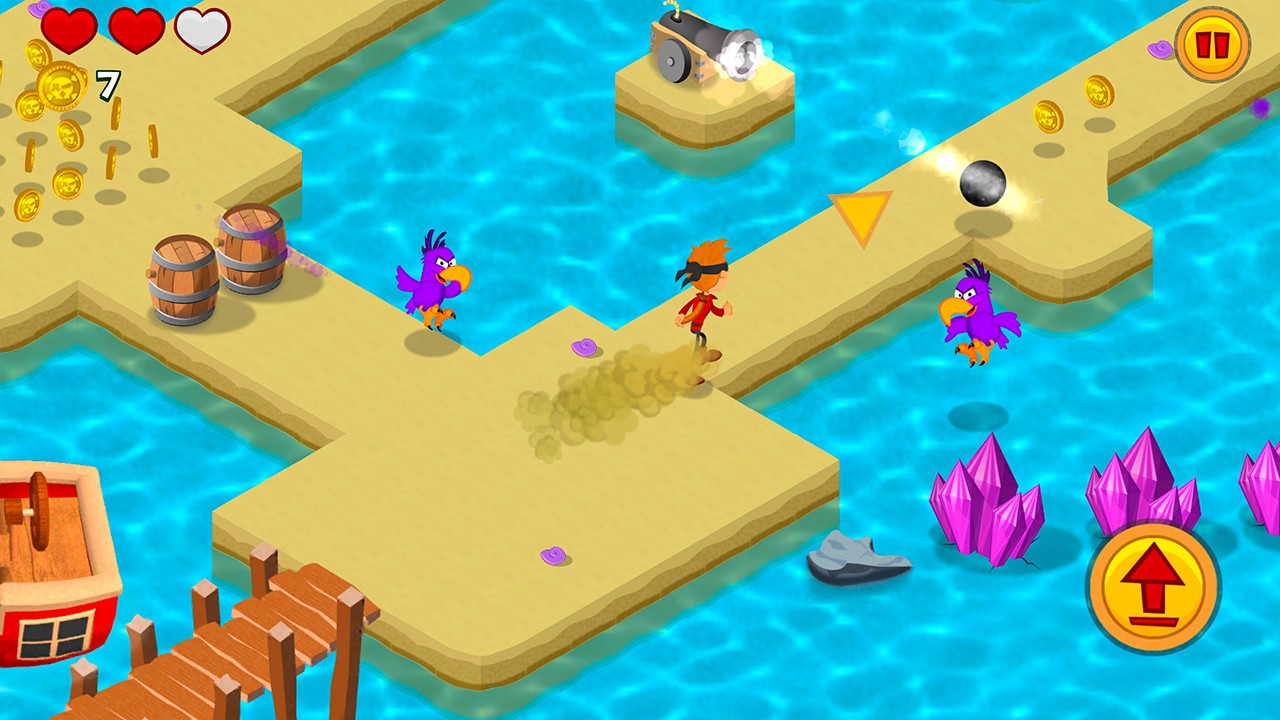 In a world saturated with adult content within video gaming, it can be a difficult prospect, as a parent, to find the right software for your children to play; especially if you’re looking for something on-the-fly or aren’t fully conversant with what games are what or what their content involves. In an ideal world, you’d want something that is fun to play, but also educational at the same time. Sure, there are plenty of apps on mobile devices to quickly download, but you can never be too sure of what they hold, with adverts and pay-walls being distinct dangers in what your child may have access to. However, if you are a parent and are looking for a child-friendly and educational title, without any of the worries of credit card usage or undesirable content, then Artax Games may just have the game for you, as MathLand calculates a release onto the Nintendo Switch.

Before we start, yes this is an app that is available to download for free on mobile devices. However, much of it is hidden behind in-game paywalls. For a pocket money price though, you can have the complete experience on your Switch; one that holds enough content and playability to keep your little ones very happy for hours on end. As you may have guessed by the title, this is a game that revolves around simple mathematical equations. However, there’s also a lovely little adventure that awaits too; one that offers a nice break from working out simple sums and holds enough playability to keep younger audiences engaged throughout.

The story revolves around you collecting a series of gems that have been stolen by an evil pirate names Max. Your objective is to traverse through twenty-five levels across five different worlds from the Isle of the Pirate to the Mystery Marsh and the Furious Volcano to the Remote Ruins. In order to gain access to each level, or island, you need to collect a specified number of telescopes. These can be gained by completing a series of maths questions that range from addition to subtraction and multiplication to division. 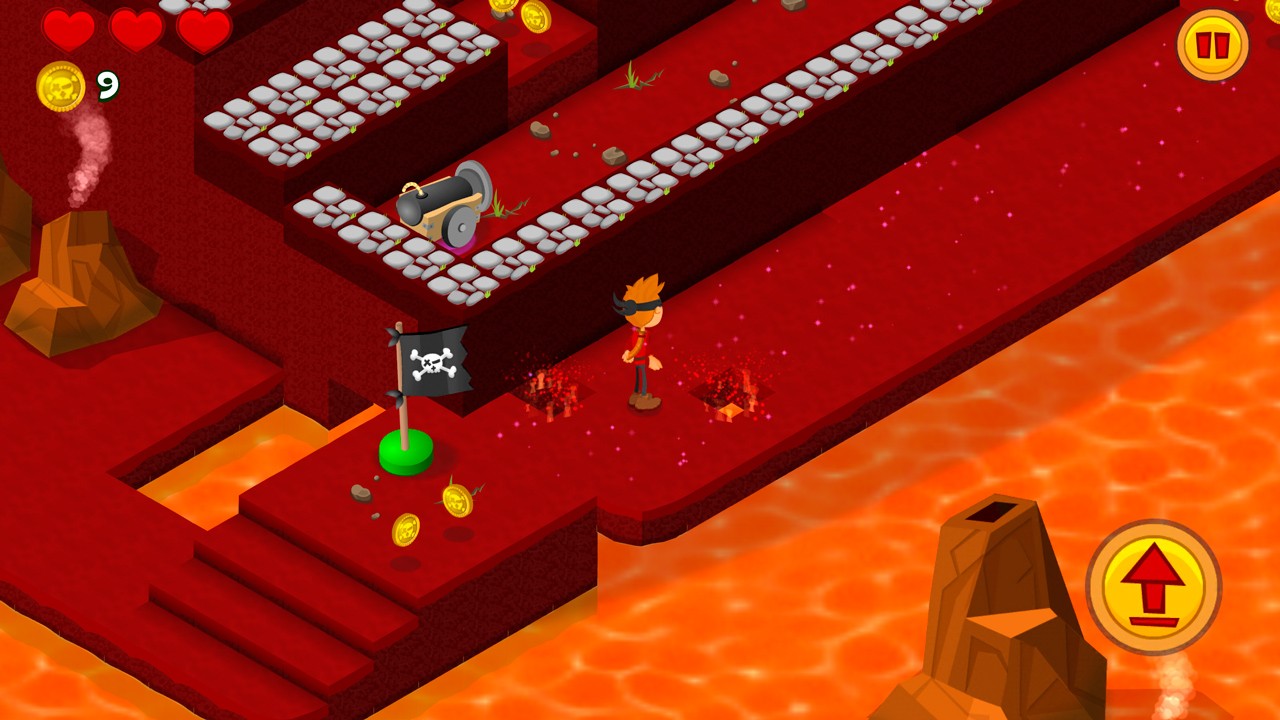 However, there’s a good mixture of mathematical problems to solve here, from finding the equals answer to matching the two values that create the equals and positioning numbers in ascending and descending orders. The equations on offer also relate to specific age groups, so the challenges should match the mathematical abilities of each individual child.

Once you accrue enough telescopes, you can then embark on an adventure through the relevant levels. These sections of the game, presented from an isometric viewpoint, sees you guiding our hero around the islands as you collect coins and search out the key that unlocks the doorway to a chest that contains the hidden gem. Along the way, there are various obstacles that need to be avoided, such as firing cannons, quicksand and lava pools. Being the hero that you are, you can jump over certain obstacles and at times, even have to jump from island to island. Furthermore, you can also jump on boats and sail them to other islands as you search out the elusive chest and your ultimate goal of the gem.

In terms of challenge, there’s nothing too difficult here; at least, nothing that is ever frustrating or too difficult for a child to achieve. Even as a middle-aged male, I found a lot to like within this game and had a good time playing. My eight-year old though, absolutely loved it and the game kept him amused for hours. The mathematical sums start off simple enough, but do increase in their challenge as you progress further. However, as I mentioned earlier, the difficulty level is based on the age of the child, so never becomes a problem that can’t be solved. 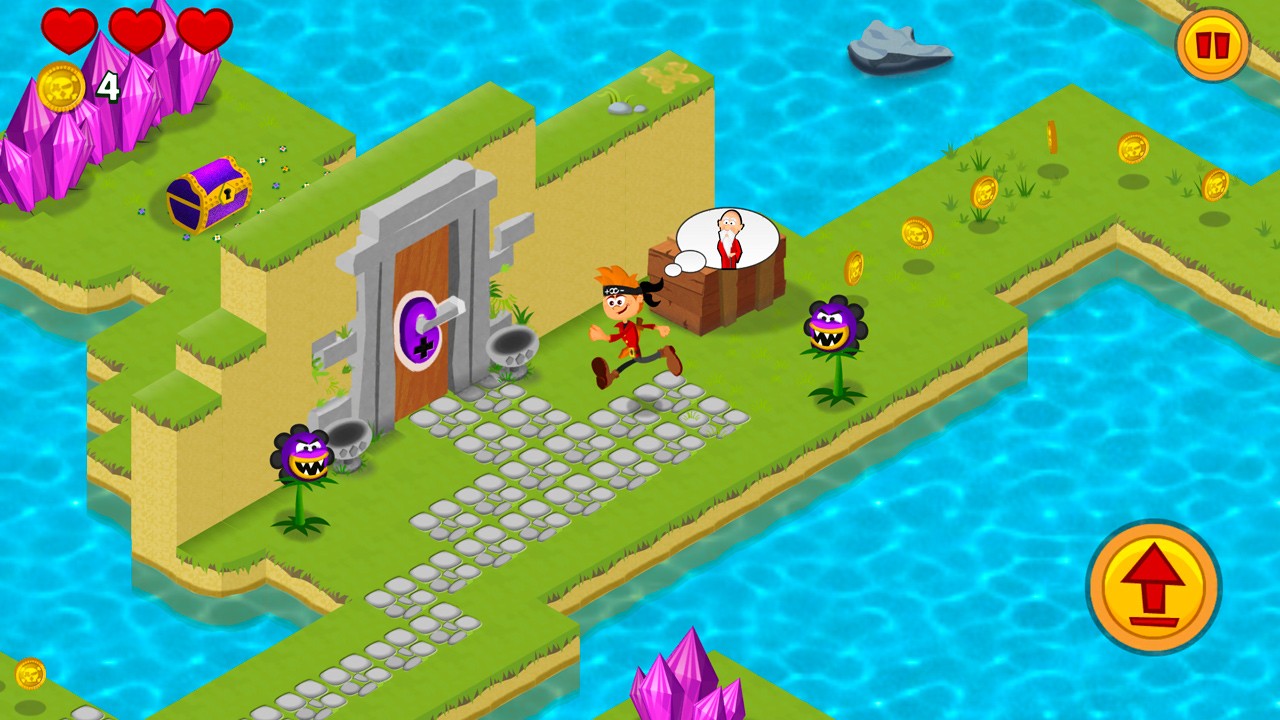 As well as the maths problems in building up a collection of telescopes, you are also presented with a series of sums when you find the old man who frequents each island and holds the key to the doorway that hides the chest. Solve six puzzles correctly and you win the challenge and, ultimately, the gem within that particular island.

Everything within this game is very child-friendly; presenting you with a peace of mind that is free from advertising and hidden pay-walls. The whole presentation of the game is bright, clear and colourful, with a level of gameplay that is both fun and educational. The control scheme is basic and easy to play, with full touch-screen support for easy access to the mathematical sections of the game. The game also plays a jolly tune throughout which kids will love; although to us adults, it might grind a little!

Overall, MathLand is a wonderful example of how educational gaming for young children should be done. It contains many components that are guaranteed to hold your child’s interest with its fun platforming, exploration, collecting and basic equation solving. It looks bright and colourful, sounds cheery and covers all four of the major mathematical subjects from addition to subtraction and division to multiplication. It also, cleverly, matches its challenge to your child’s specific age group, meaning that it can grow with them. Its pricing represents wonderful value for money, especially when you factor in the amount of hours that your child will get from this, as well as the peace of mind from knowing that nothing harmful can be directed your child’s way. Its cheap, its cheerful and best of all, its just a fun game that educates; even for adults!

Mathland is a fun, engaging and educational game that’s perfect for parents and children.