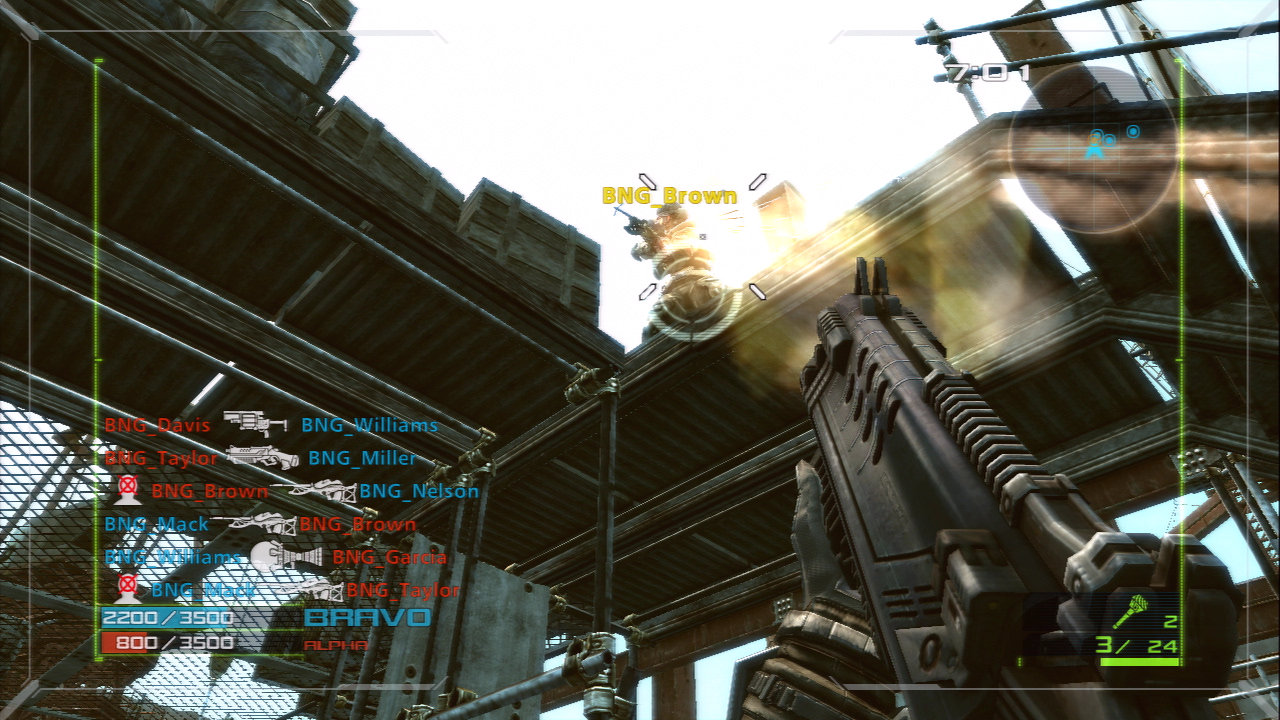 The Time Crisis series can be found in many an arcade across the land whether it’s at a fair, within the confines of a seaside arcade or on holiday in one of those arcade/bowling/crazy golf amusement places. Personally, I remember losing many a pound coin in Blackpool trying to complete Time Crisis in front of a bunch of people waiting for me to lose so they could have a try, but at least they acknowledged my victory! This time, Time Crisis: Razing Storm combines Razing Storm with Time Crisis 4 and Deadstorm Pirates for a few hours of arcade action.

Time Crisis: Razing Storm is Playstation Move compatible and works as well as you could hope. It’s a matter of personal preference, but the Playstation Move feels easier to use, although there really isn’t that much of a difference once you get used to the controller sensitivity which can be customised. With all the action on screen it was important that you could move the cursor left and right with real precision and Time Crisis: Razing Storm does that with aplomb. Although the covering system can be a little erratic when using the Playstation Move. For the most part this won’t affect your overall enjoyment, unless you had one life left and you get shot by a soldier simply because you were trying to hide. 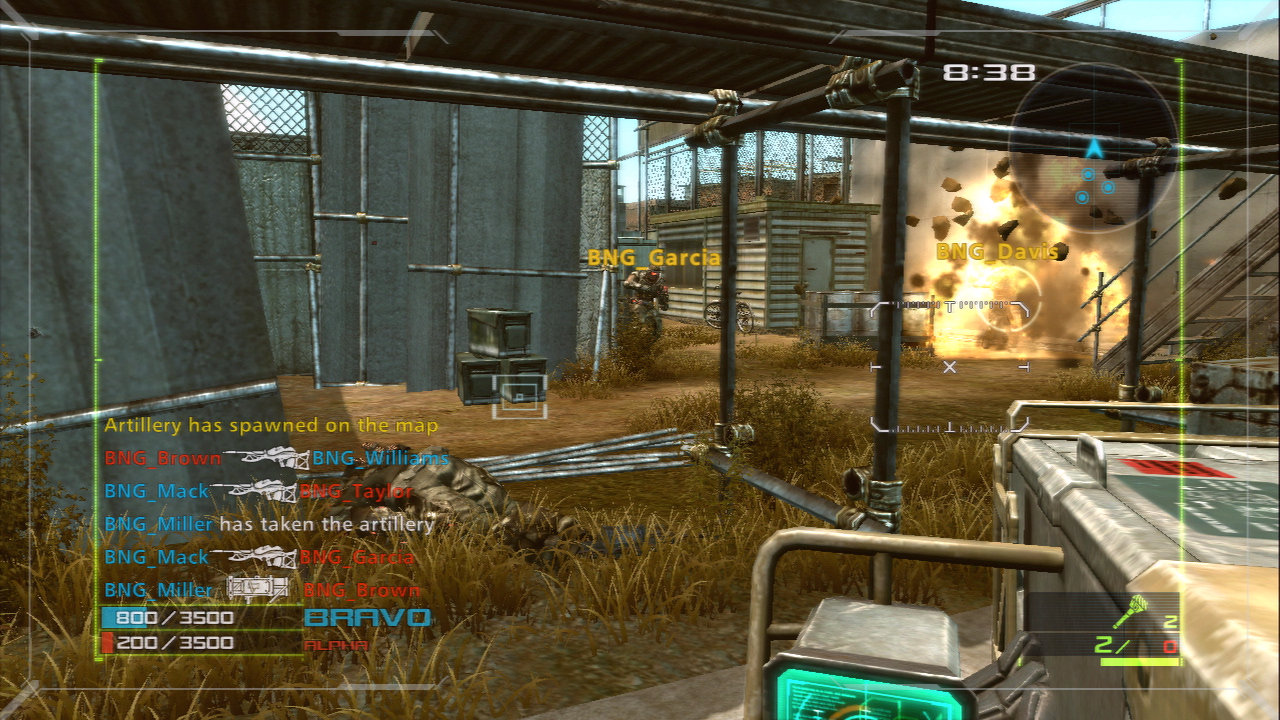 Graphically it’s a decent looker. going more for big expansive explosions rather than detailed backdrops. The Deadstorm Pirates game is probably the most interesting to pass through, but on the whole the enemies could have been more varied in design. Time Crisis: Razing Storm’s pace can be extreme at times as you’re taken through the stages, so you don’t really get a chance to appreciate some of the backgrounds but no one scene stands out. The voice acting is pretty poor and definitely makes it feel like an arcade game, whether the acting is bad enough to be funny I can’t say but you may enjoy it (you probably won’t). It’s always good to hear a machine gun or two, but after a while the rat-a-tat-tat will become less than appealing. There are destructive environments in Razing Storm which, with all the fast paced action and constant explosions, helps involve you more within the scenario.

Time Crisis 4 was released a couple of years back and is a decent game in its own right, although it doesn’t benefit from Razing Storm’s destructible environments. Razing Storm has its own campaign mode that is the longest out of the three games and also benefits from the best weaponry. Deadstorm Pirates hasn’t really got anything in common with the other two, but is arguably the most accessible because of the lack of features, i.e. no cover and limited arsenal. Deadstorm Pirates tries to bring some variety to the proceedings with innovative use of your controllers but these are novelty features. The story telling is average to say the least as you won’t care why you’re in a particular scene or why you have to kill someone. The story is there just to fill in the gaps, which is something that is to the detriment of most games that herald from the shoot-em-up genre. 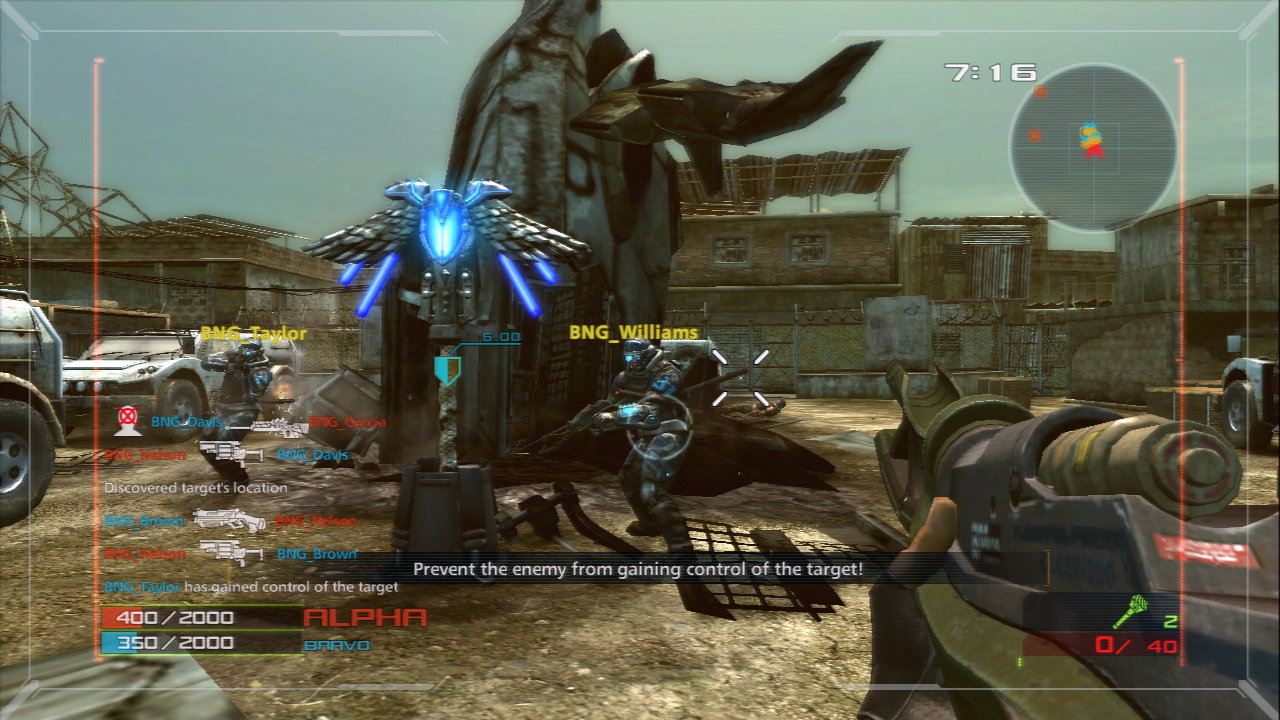 It’s a fun game to play with friends and there’s an online mode. Overall there isn’t that much to get through in each of the games on offer, Razing Storm will probably the one you’ll persevere with the most. Once you’ve completed the series after your first go there is no reason to go back to play it again unless you fancy playing with a friend.