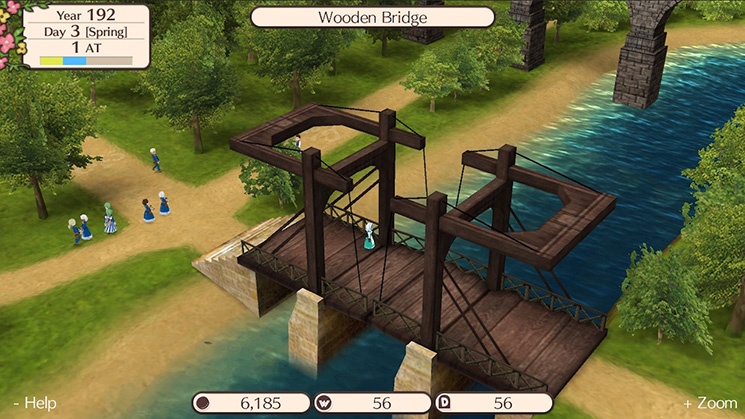 WorldNeverland – Elnea Kingdom is light on content from the get-go: upon starting the game, you’re given a handful of character customization options that are visually unimpressive even on the Switch. You’re then allowed to roam the kingdom, which seems truly staggering in size until you realize there’s a lot of empty space and invisible barriers. First impressions are everything and mine were less than stellar.

The Kingdom that you’re expected to live your fantasy life in is full of NPCs–and I mean full of NPCs. Swarms of them wander around the different sectors, usually walking aimlessly with an object in their hands. This would create a sense of realism if only they were a little less… blank. Three out of five will look exactly the same and these numerous NPCs have nothing interesting to say beyond variations of the same message. As if to further prove their lack of humanity, you can make friends by talking to a person a dozen times–one right after the other–and then point-blank asking to be friends, which feels  stilted when compared to the more complex systems in games like Harvest Moon or Stardew Valley, where you spend weeks learning people’s likes and dislikes in order to get them to favour you.

The game promises an MMO experience without actually allowing you to connect with other players–sort of like how the .Hack series works. Unfortunately, it misses that mark with a slew of fetch quests that are mostly automated thanks to the game’s fast travel system, which simply sends your character walking robotically from point A to point B while you watch. 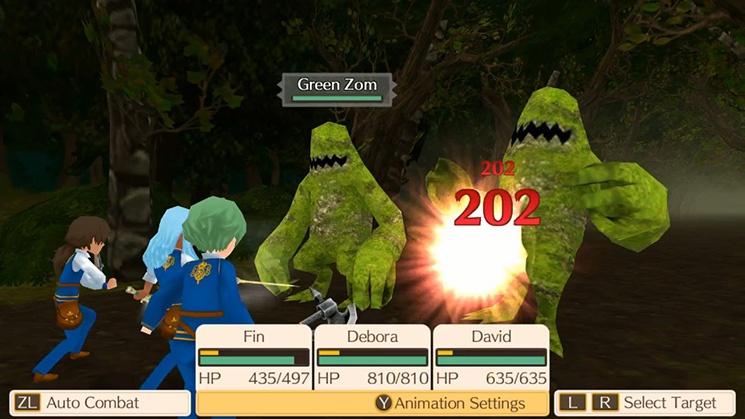 Dungeons are a matter of watching your character walk some more until they discover an item or enemy and combat can also be approached via the automatic route, leaving you with a game that can play itself with very minimal input from the player. The quests I mentioned earlier are typical RPG fare–but with none of the gripping story line that urges you to keep on going.

Even fishing is automated: just as soon as you cast, your character pulls up a fish except in the off chance you snag something uncommon, in which case there is a brief mini game.

The graphics, normally crisp and vibrant on the powerful Switch system, look only slightly better than something coming from the PS2 era–muddy, blocky, and otherwise unimpressive considering modern day games. 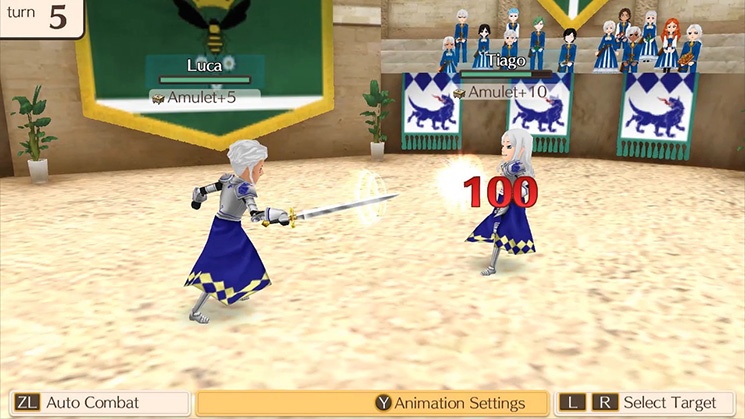 You can get married and start a family. You can fish and farm. You can dress your character the way you want. You can fight in dungeons and learn new combat skills. The problem is, why would you want to do those things? There’s a soulless quality to this game that and it was what ultimately made me decide to abandon this fantasy life and go back to the scores of other games that simply do it better.

Not worth the price of admission. If you find that you really need to play this game, mosey on over to the appropriate app store and try it out for free. It’s basically the same experience–except now you don’t have to make microtransactions to speed things up. Save yourself the headache of a straight port with no improvements whatsoever and have some patience instead.