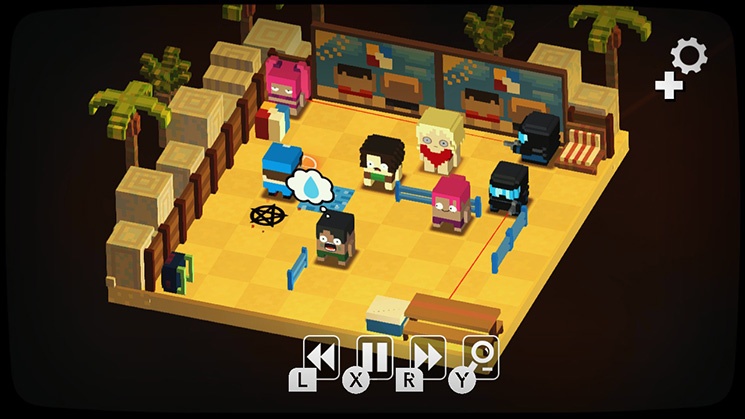 There is such a wistful nostalgia when it comes to the horror movies from the late 70s and the early 80s. Often referred to as the slasher films, these were things that had a magic all their own due, in part, to the fact that such things hadn’t really been seen by the public before. Sure, you had classics like anything with Bela Lugosi or even older (Nosferatu), but those were all done in black and white and had the limitations of effects and ideas. Slasher flicks got to use some of that wonderful fake blood by the bucketful, and started to experiment with things like dismembered limbs and over the top violence to draw attention away from the fact that they were borderline hilarious. There were runaways, like The Texas Chainsaw Massacre or I Spit on Your Grave that still turn stomachs to this day, but a lot of the big names – Friday the 13th, Nightmare on Elm Street – maintain popularity not for realism or true fright, but straight up camp value. You have to know where we’ve been to appreciate where we are, and the throwaway uses of things in Scream Queens would have been nothing if The Hills Had Eyes hadn’t laid some important ground work.

These ideas, the classic ones, are all present and accounted for in the amazingly addictive puzzle game, Slayaway Camp: Butcher’s Cut. Trying to identify a plot is both pointless and kind of using a broad brush to paint the entire game in a single stroke. Essentially, your framework is inside a classic video store, and you get to check out these hokey slasher flicks that all have thirteen “levels” of murderous mayhem. Each video is a callback to another great horror film, with the first few centering mostly around the character of Jason and what keeps happening at unsuspecting summer camps seemingly every year. Thanks to the Butcher’s Cut edition, you’ll be pulled into a wide menagerie of other great homages, from things like Hellraiser and Puppet Master to even stranger things like Black Christmas or My Bloody Valentine. From achievements to characters to simple mechanics, every part of this game, from top to bottom, is a generous and strong nod towards any number of horror movies from the last century all the way to present day. If you seriously don’t like horror movies, you really should avoid this one: though it’s wickedly funny in presentation and execution (heh), it could be genuinely upsetting for the faint of heart or stomach. 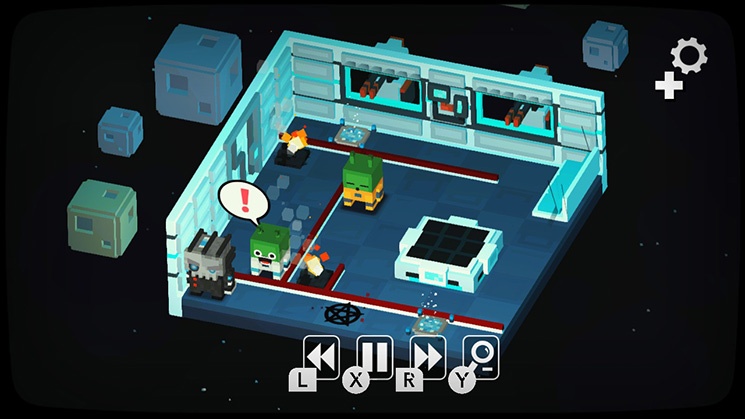 On the surface, the goal of each level is incredibly straightforward: murder all of the kids. This is done simply by walking into them, which either will trigger a short death (a quick overview shot of them being killed) or a prolonged sequence of ridiculous and honestly funny brutality. It should be noted that, for those interested in the idea but not the gore, you are given the choice to turn it on or off right at the very beginning of the game. And you can toggle it at any time, so don’t worry if you’ve had a big lunch and don’t wanna see pixel blood, or if you’re feeling saucy and are ready for wonton violence. The trick comes in that the Killer, whomever you may be, moves in a full tilt manner, meaning they will continue walking in one direction until they strike something. If you’ve ever played a single NES game that had ice levels or…any SNES game with an ice level, you get the general principle. Far from being an easy task, you usually have to think about your angles before putting your spree into action, especially for the levels that have a limited number of moves to accomplish the deed.

Additionally, Slayaway Camp makes sure to introduce new elements constantly to make the puzzles fresh, challenging and still in line with the original idea and premise of the game. Starting with police officers who will catch you if you stand directly in front of them and nowhere else, you begin to see a rise in NPCs and items that make the game more exciting. Topple bookshelves to squash students hiding in the library. Chase terrified dolts into the campfires and let nature’s most heinous weapon, fire, do the dirty work for you! And learn to operate the telephone so that everyone knows the call is not only coming from inside the house, but is actually coming from like three feet away, how do you not see the murderous Santa Claus with a giant knife? It’s a question that doesn’t deserve to be answered: teenagers are always impossibly naive and stupid in these movies unless they’re top billed, and, spoiler, these kids are definitely not even on the call sheet.

But Slayaway Camp isn’t looking to put you in the corner and taunt you about how stupid you are for not figuring out the puzzle. This is a game that wants you to succeed by any means necessary. Made a bad move? No problem, rewind one or several moves until you’re back to where you want to be. Need to start over? Just rewind to the beginning and let’s get to stabbin’. And if you get stuck on a puzzle entirely, you can ask for a small hint or a full playthrough of a level to see what you’re supposed to do. Keep in mind these hints and playthroughs do cost a certain number of coins, which are awarded to you at the end of each level based on your efficiency with stopping the kill meter and activating a final, visceral end to the last victim of each stage. “So what, maybe I don’t care about the coins!” I hear you pouting at the screen. Well guess what, Jamie Lee Curt (because you’re speaking curtly to me, be polite), you’re gonna want those coins to make the game even more ridiculous. 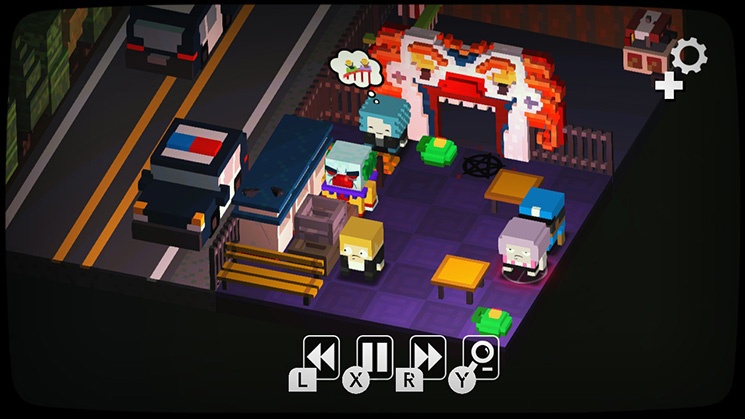 Between levels, back at the video store, you use those coins to unlock different kill animations and sequences that will spontaneously happen during the course of your reign of terror. Not only are the animations further homages to the different ways that idiots have died in the course of the horror movie “fodder” position, but they are also the only way to unlock certain achievements that exist throughout the game. You can usually get these achievements throughout simply playing and trying to move the game forward, but you may need to re-run some of your favorite levels to properly fulfill the completionist inside. Not to worry: each movie can be redone an infinite number of times, with whichever killer you desire, and you can grind out coins in a snap.

Additionally, if you’re desperate to unlock the animations in a fast manner, you can do so through the Faces of Killed 3 mini game sequences that becomes available after the first couple of Slayaway Camps are finished. In the main game, you end each stage with an animation that also has a reflex bar: stop the slider right on the red beam to activate the final kill and get bonus coins. The mini game here is just a series of the kill animations from the end of the level with shorter and shorter red spots, to the point where you need to stop on a dime in order to get success. However, getting just 20 levels complete results in a coin payout that’s on par of doing half a full length movie, which you can achieve in significantly shorter time. So, even those this minigame is partially brainless and more of a time killer than anything, it’s the best and fastest way to unlock all available kills if you want those immediately.

Slayaway Camp: Butcher’s Cut may not be the horror game that the thrillseekers want, but it’s the perfect addition to the casual gamer who’s also a hardcore movie fanatic. It’s got something you wouldn’t imagine with all that pixel gore: charm. There’s a bit of humor, a lot of violence and the weirdest approach to a relaxing game that I could fathom. It feels right at home on the Switch and is sure to deliver a positive and solid experience to anyone who picks it up with the right mindset. I’d say grab it now, hope for more Killer Kodes from the devs to unlock future characters, and be ready for a fantastic, if ghoulish, way to kill time.