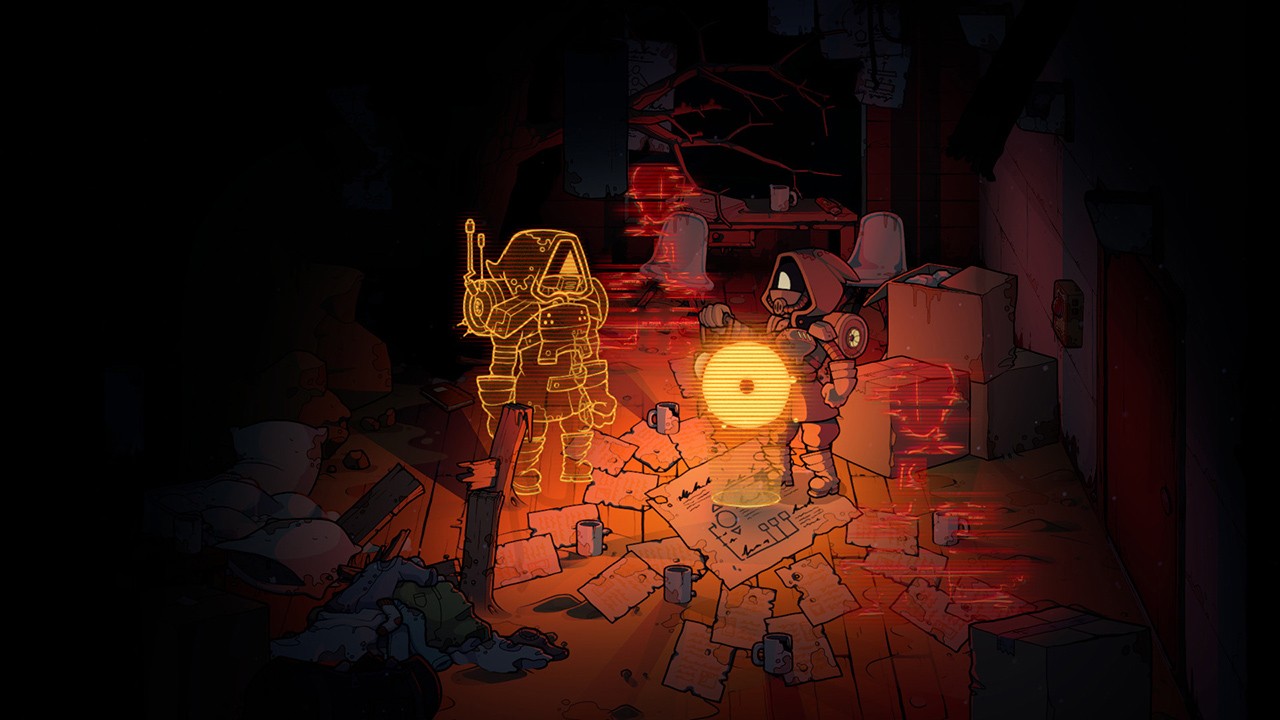 I have to say: I’m thoroughly impressed by Some Distant Memory. As an English major and a fan of well written prose, wading through text is my idea of a good time and the way this exploratory team of scientist, commander, and AI deliver it makes for an immersive experience that was a breath of fresh air. There are no enemies to fight or avoid, no puzzles to solve, and no slew of minigames to button mash your way through, but rather exploration at its simplest. Your task is to seek and catalogue objects in the house where the entire game is set in order to reconstruct the memories of the people who had lived there centuries before.

As mentioned before, Some Distant Memory is set in a single family home–albeit a large one. The cast is also quite limited, focusing on the character you control, a scientist referred to as the Professor and the AI for which she serves as a handler of sorts, AURORA. The two are separated from the leader of their expedition, Commander Ti, during one of countless searches for structures that had stood before the collapse of civilization. Their mission is to glean information on how this lost civilization had lived and how they had managed to mess up the world so royally, tidbits of which point at our modern day reliance on fossil fuels and general disregard for the environment. Some Distant Memory doesn’t serve as a soap box from which the developer preaches love and peace, however, and that becomes clear fairly early on. 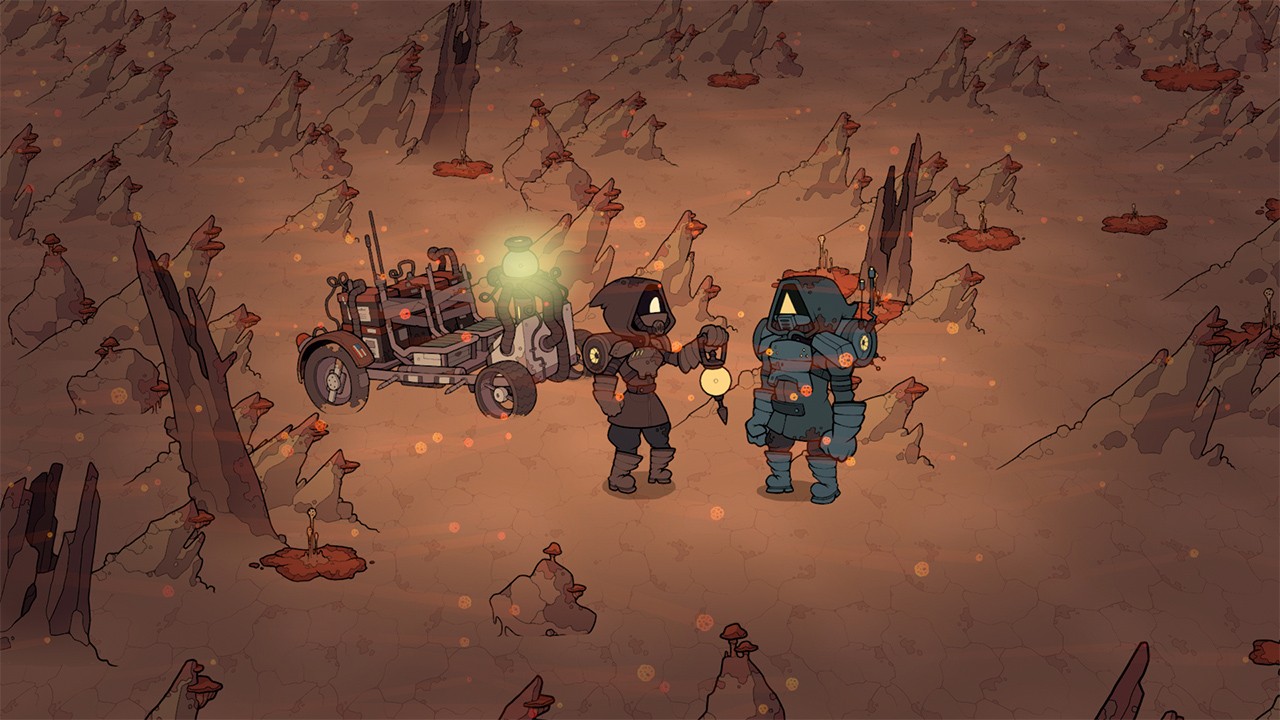 Some Distant Memory tells four stories side by side, each of which is connected in some small way. The first and foremost is that of the exploration team and the be current state of the world. Both human members of your team are from different groups of what remains of humanity and, as they delve deeper into the distant past, they share insight into what their lives are now. Meanwhile, they use what they discover in the derelict house in order to piece together the lives of the people who had lived there. The third story features a young boy by the name of Rik Baron who spent his youth in these spacious halls and, later, brings the woman he loves to live there with him. The final story features a possible budding romance between the professor and her rugged commander who is endangered by her decision to explore the sunken city. No spoilers!

AURORA has the unique ability to piece together memory projections from the tidbits you scan within the Baron household. These include old documents, letters, newspaper articles, ancient electronics, and works of art. Each object scanned presents you with information to consider, whether that be a recorded conversation between housemates or a poem. They also set the tone for the tales as these remnants are all that are left of the people who seem larger than life when rendered by AURORA’s high-tech software. 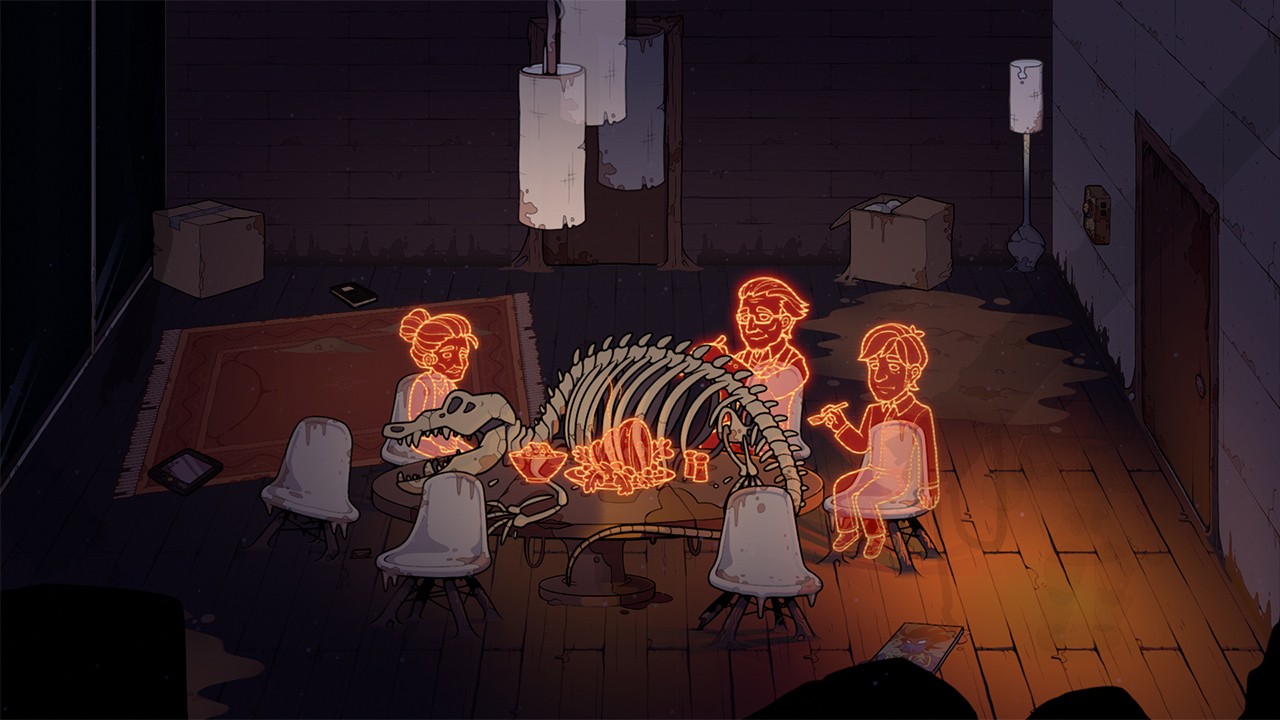 I’ll admit, as focused as I was on the task at hand, I didn’t really notice any sort of ambient background music. There’s no voice acting, but characters make a sort of gurgling noise when they speak. The art style is cartoony and the colours are somewhat muted, which do well to reflect the somber task of searching through the ruins of a civilization long gone and also the less than optimal light conditions. In any case, if you’re the type who enjoys checking every rock, branch, and medical plant in an open world game then you already have the sense of purpose necessary to enjoy Some Distant Memory to the fullest. Part of me wishes the game were longer, but the greater part was satisfied with the experience as a whole and so that didn’t bother me too much.

Video games can serve as a means of expression, as Some Distant Memory itself divulges at some point during your playthrough, and while each experience will be the same, what you take away will not. For those looking for an action packed ride with twists and turns, look elsewhere. If you yearn for a heartfelt tale of humanity and its drive to survive, Some Distant Memory will provide a bite sized journey that will whet your appetite for more. Replay value isn’t high, but perhaps you can take another stroll down memory lane later and glean more small details that build up the bigger picture. To me, that’s well worth the price of admission.

When civilization fails, what remains are the stories people leave behind.