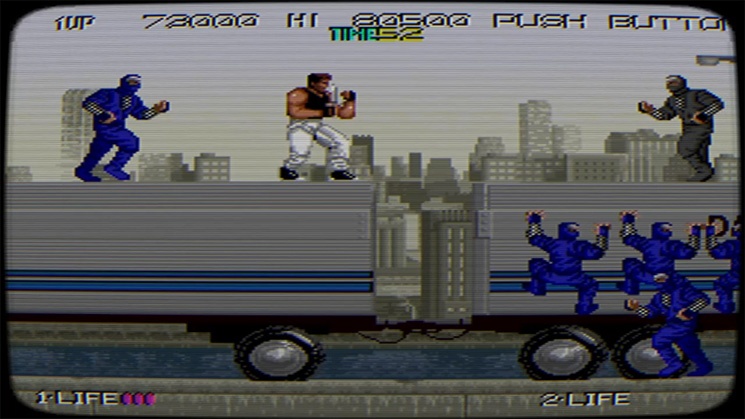 When I put out a plea to Johnny Turbo to bring more titles to the Switch through Flying Tiger, I had no idea there would be such a fast turnaround time. After all, Gate of Doom has a lot going for it, being such an incredibly in-depth arcade experience, and I figured it might be a while before the next title was decided. But Johnny is far from the lax, flighty figure you would incorrectly label him as (though why you would, is far beyond me). He, like his publishing arm, is a flying tiger, careening through the skies in a fury of teeth and stripes and sheer disbelief, but succeeding all the same. And there was just one thing that needed to come to the Switch, and that is one of the greatest NES titles of all time. But not just any title: an arcade release that hasn’t seen a re-release in ages. Ladies and gentlemen, Johnny Turbo has proudly brought, to the Nintendo Switch, Bad Dudes vs. DragonNinja.

If you’re sadly unaware of Bad Dudes, let me give you the plot in a single sentence: the president of the United States has been kidnapped by ninjas. That’s it. That’s seriously it, and it’s been all people needed forever in order to drive this game forward into a hailstorm of memeing and fond memories that are mostly fabricated based off of overhyped childhood expectations. I have these great feelings tied to Bart vs. The World, but playing it a year or so ago confirms that it’s hard as hell and honestly not a great Simpsons game (Bart’s Nightmare or the Simpsons arcade game is much better). But anyways, you play a dude, a truly bad dude (remember, this is the 90s, bad means good!) and you’re ready to punch, kick and jump kick every ninja from here to the final level, which is an unclear area that could be a ninja headquarters, or could be a warehouse, or is just some place where the DragonNinja decided to hang out. It’s really not important, what’s important is YOU’RE A BAD DUDE. 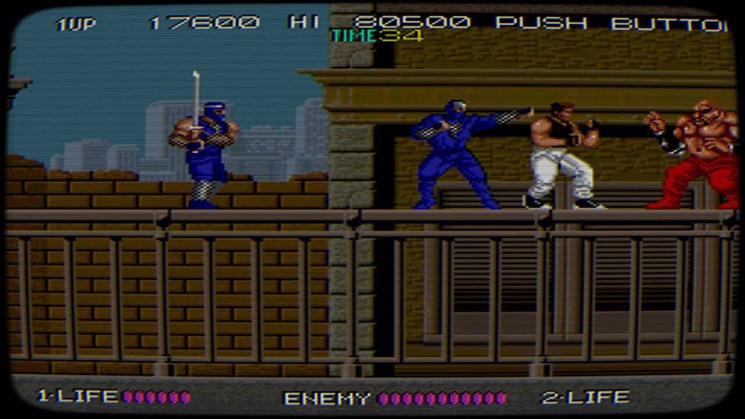 Johnny Turbo’s Arcade: Bad Dudes is one of the most straightforward sidescrolling brawlers that could ever exist. You walk to the right, where the action is, and punch or kick everything that comes at you. You have two buttons: jump and hit. Stand to punch, squat to sweep, jump to kick, and that’s about it. Only sometimes you kick or punch and you don’t know why, but it’s not a problem, just let the dude do the drinking.  Sometimes enemies drop weapons: pick these up. Sometimes enemies drop cans of “not Coca Cola:” drink these to regain health. If you see a red ninja, punch that dude, he’ll drop something, and you want it. Everything comes naturally to a bad dude, whose sole job is to destroy everything in his path to save the president. It’s Reagan, if you were wondering: this is an oldschool port, and Johnny Turbo wanted to keep it real and fresh.

As you progress through the levels, the game definitely gets significantly harder. Around the fourth stage you stop being able to knock out every enemy with one hit and need to start hitting them two or three times. There become more projectiles and more enemies that feel like minibosses instead of grunts. You actually need to quickly figure out where the enemies are going to be, because, since this is a brawler, that means you get hurt just by touching the other guys but you need to land several successful hits to achieve damage. Fair, right? Additionally, you might want to bring along a friend on this ride: the game is called Bad Dudes, after all, and doing the game with more than one person is what makes it worthwhile.  Plus the number of enemy spawns doesn’t increase, so the game also becomes crazy easy at the beginning and normal easy by the end. My only real gripe here is that the enemies will overwhelm you almost guaranteed, and you’ll be forced to continue even if you were trying to play without needing to “insert a coin.” It’s not a problem, but it really reminds you that, in the arcade days, video games were money makers first, entertainers second. 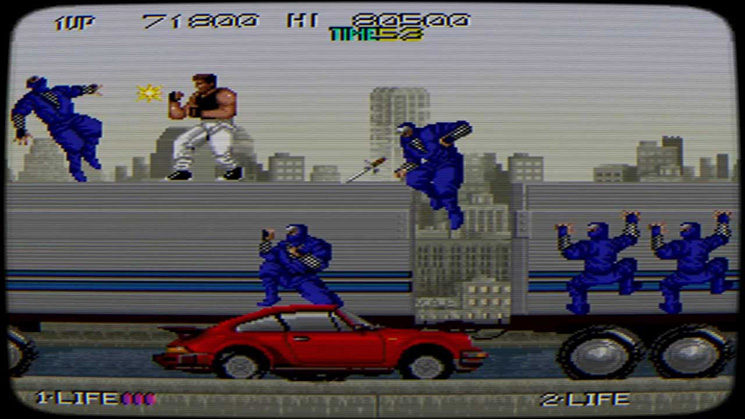 There are a couple important things that sell this port (besides the obvious “paying someone for their hard work so they don’t become homeless). Firstly, it looks fantastic. Johnny has done another outstanding job in allowing for shifting aspect ratios and filters, so you can make Bad Dudes as modern or as retro as you want. But, beyond that, it also looks seriously so much better than the original NES version. I think that I was too transfixed by the fact that I could play games at home rather than go out back in the day that I didn’t realize how much was being sacrificed in terms of appearance to make the game fit on those old cartridges. Bad Dudes looks pretty damn spiffy in its original arcade version, from the dudes themselves all the way to the wild environments that get explored in the course of the game. Even the female ninjas look decidedly awesome, and it really shows the doublethink of the 90s. “We gotta put girls in as bad guys, because we want to show that we’re fair and unbiased towards females being antagonists! But we can’t just have them look like the other ninjas…ok, put them in a cleavage vest and some fishnets with a ponytail, then everyone will know they’re girls! I know I’m a genius, you don’t need to tell me!”

Secondly, this game really does have the most insane plotline if you stop and follow along. The opening declares that there are so many ninja attacks nowadays that even the White House isn’t safe, which…what? And then two dudes, who are distinctly unnamed and not even soldiers or police officers, go out to punch every ninja till they save the President. Which, they don’t go to the HQ of the ninjas, or straight to where the biggest collective of ninjas might be. They decide to walk through the city, go down the highway on truck roofs, head down into the sewer, trek into the jungle, ride ATOP a train, go spelunking in a cave, and then hang out in front of a building till a helicopter with a DragonNinja appears. And at no point is there an explanation for the logical progression of this quest. It’s just what they do. And it’s amazing. I refill my health with Coke, grab random nunchucks, and beat up everyone wearing a gi. Couldn’t ask for more.

Johnny Turbo needs to keep this up, because I am loving these arcade ports. Fans of the NES generation and video game history in general needs to pick up Bad Dudes on the Nintendo Switch, because you can play Johnny Turbo’s Arcade: Bad Dudes on the Nintendo Switch. I would say more, but I think I need to go max out with some Jolt Cola and figure out how to put my Powerglove into my Mayflash adapter so I can really rock Bad Dudes.