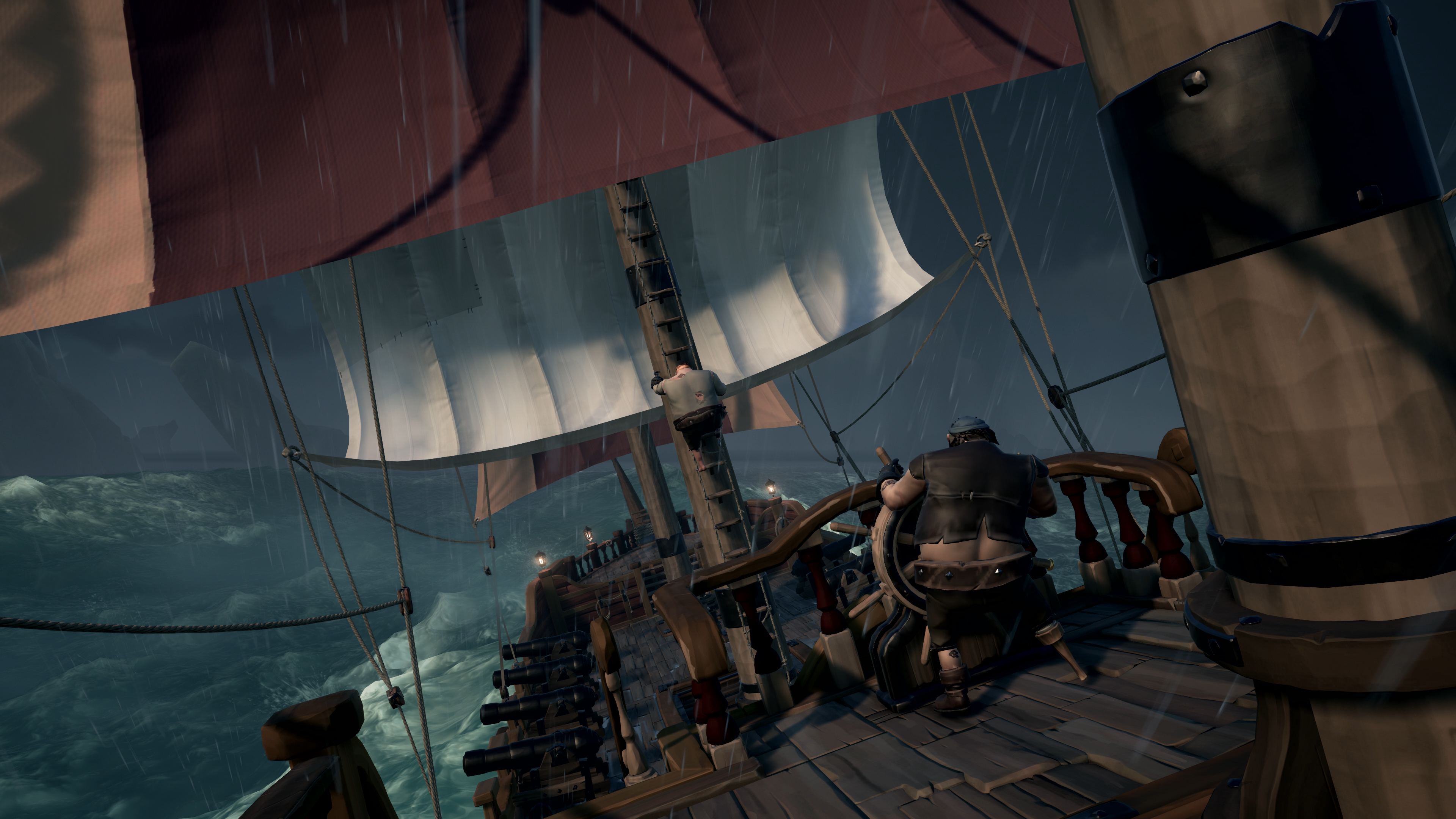 Remember when No Man’s Sky was the big disappointment of the gaming world? I know I do. But those days are long gone and now we live in a world where that disappointment lays with Sea of Thieves, Rare’s take on the vast and exciting world of pirates. For several years the game has been in development and has had a lot of attention and praise for it’s innovative design and interesting approach to open-world multiplayer on console. Through the years of press and public attention the game garnered a following and eventually introduced players to several Alpha and Betas in which players were blown away by the beautiful locales, the fun of setting sail with a group of friends and sinking others.

So what went wrong? Turns out some of the features that were expected in the final product weren’t there, in fact it’s theorised online that Rare didn’t plan on implementing the features at all. Upon the actual release of the game consumers and critics alike complained that the game was boring, repetitive and lacked any sort of depth – that being apart from the empty depths of the ocean. What I’m here to discuss is whether or not those people were right or maybe the group of people that log into Sea of Thieves on a daily basis may have found a gem hidden beneath a few layers of sand.

A few weeks ago I dived into Sea of Thieves for the first time, at this point a full two months after it’s initial release. I must admit, and please don’t stop reading after this next sentence because there’s a hell of a lot more to come, I agreed with the haters. My first couple of hours of gameplay introduced me to a world where I had no idea what to do, there was no tutorial, not introduction to the mechanics. It was pure need for discovery that lead me on my first adventure. I set sail on a sloop – the smaller of the two ship types – all on my own, I had no destination in mind and I had no idea how to sail my ship without sinking it… in fact within a matter of minutes my ship was on the ocean floor and I was greeted by a Merman with a flare who landed me safely back on a new ship. 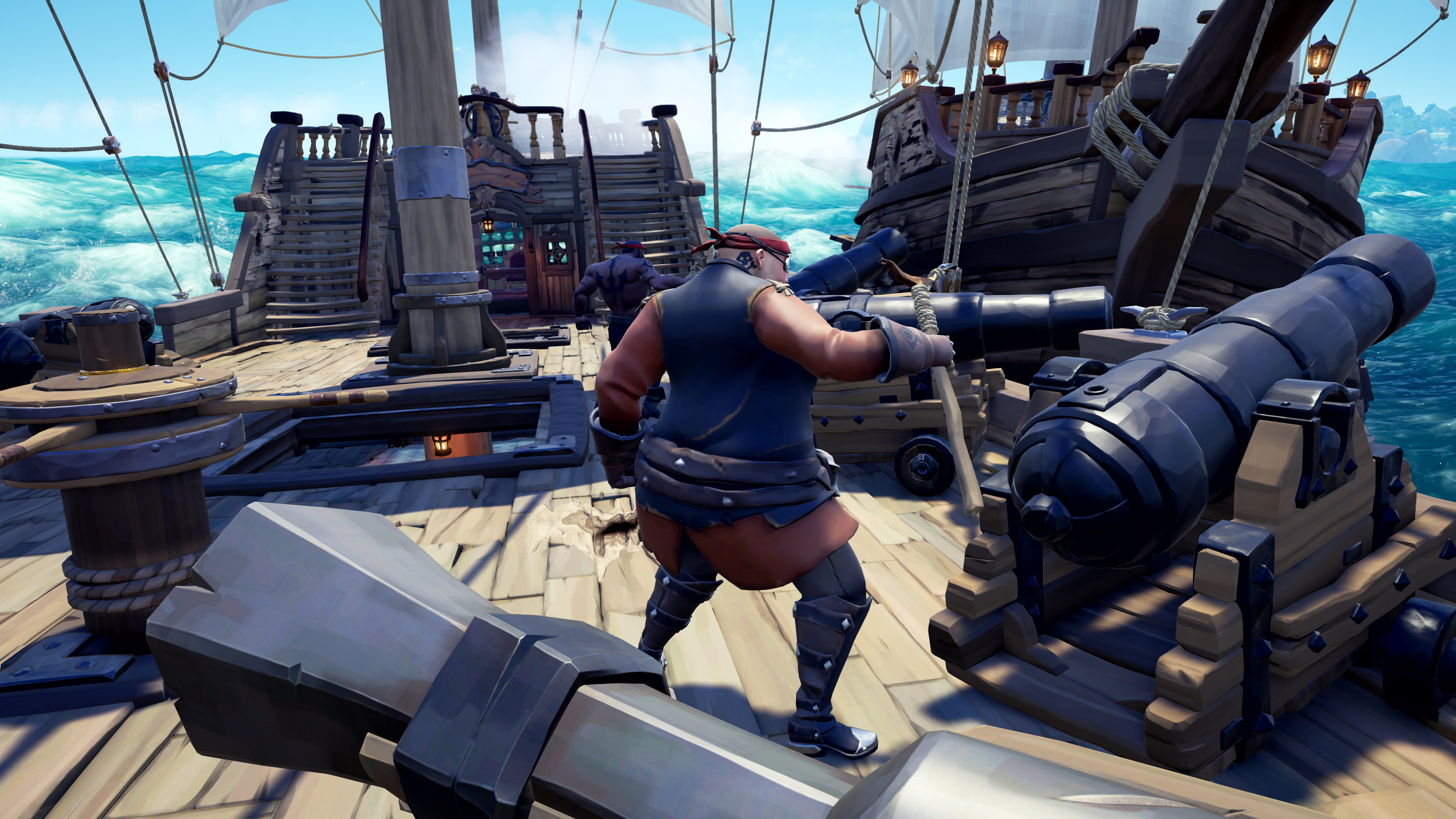 Myself and the two friends in the room who were there for those first couple of hours tried our best to figure out what we were meant to do and from there, how we needed to do it. Luckily for me I was joined by a great player who helped me get to grips with the game play, he could tell I was new and handily messaged me over Xbox Live and said “It’s cool, you’ll get it soon. It’s easy once you know what to do!”. So to be truly honest with you, that’s where the real adventure began. Me and my new friend set out on my first Voyage – Sea of Thieves’ answer to quests – and I’d soon earned my first lot of gold. What a feeling! Having money to get some flashy new equipment felt amazing! But that wasn’t it, when we’d left the outpost after selling our booty (not like that) we ran into another ship and I got my first taste for naval combat and watching those scurvy dogs sink as our final cannonball made contact with their hull I couldn’t help but let out a cheer.

Over the next week or so I had started playing on my own and started discovering more and more i.e Kraken tentacles hanging out of pitch black waves, skeletons made of gold that can only be killed by throwing water on them first, storms that destroy your ship as you sail through them on their huge waves. There are so many moments in Sea of Thieves that truly take my breath away and through those moments two of my friends who watched me play then bought the game and now we sail a galleon together almost daily. Sure, for new players who aren’t willing to put in the hours to progress Sea of Thieves I can see how it could be hard to dive right in and find the brilliance of the game. But like I said before, this is two months on from the release and Rare had promised that they would continue to update the game with new free content that will keep the game alive.

Have they kept to that promise? Damn right they have! Rare, I have always found, are one of the best gaming companies in the world. The game has been updated recently with it’s first big update entitled “The Hungering Deep” which allowed pirates to set out and find Merry Merrick’s journals and eventually find and fight a Megaladon! I personally did the quest twice and it’s such an amazing feeling seeing the huge sharks body float to the surface. Now we have the announcement from E3 of the “Forsaken Shores” and “Cursed Sails” content updates coming over the next couple of months but the game is being updated with new customisable items and events every couple of weeks which really keeps things fresh. 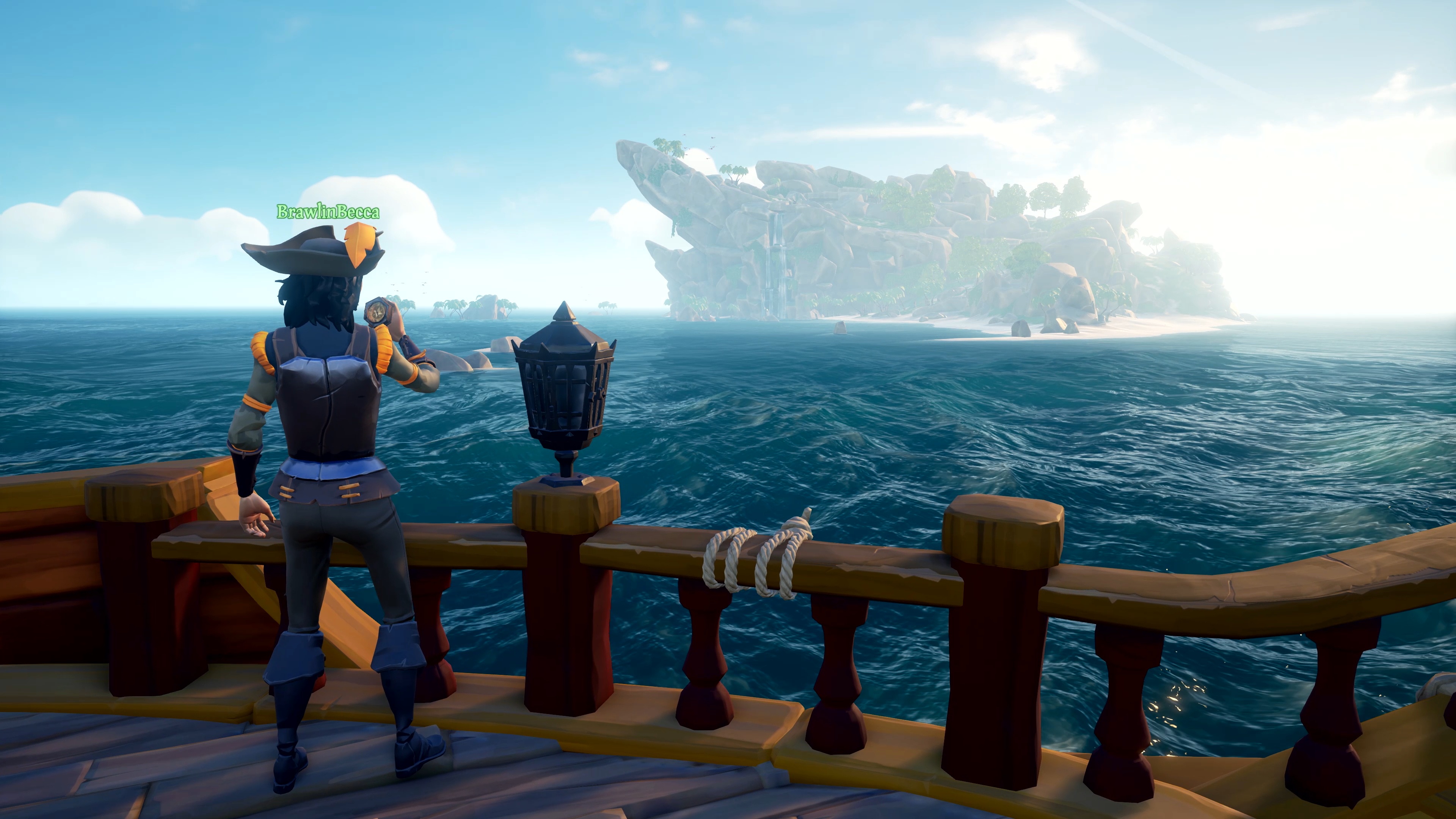 Let’s talk negatives for a moment. We’ve already covered that there’s a lack of guidance which doesn’t lad as well as it does in some other titles. There’s some loading disparities depending on what console you’re on. The original Xbox One takes a while to get you into the game but the Xbox One S and X load it up way quicker, though none seem to get you in as speedily as PC. As a side-note the cross-platform play works perfectly in Sea of Thieves and is the first example of cross-platform that I’ve played where it actually allows for solid enjoyment for both parties. Another negative is coming across a crew that’s a little more skilled than you are. A crew can make your life hell, following you from one island to the next, sinking you to take your treasure, spawn killing you on your own ship etc. But hey, that’s a pirates life!

Sea of Thieves is gorgeous and really allows for some beautiful experiences but where the real success of the game lies is with its social interactions. When the Megaladon event was live my crew found another crew of four and we all fought the beast, afterwards the lot of us hung out and chatted on one of the Galleons for an hour before all logging off. We’re now all friends online and play together. We also found a fourth member for our crew whilst attacking a skeleton fort – difficult islands that become active every now and then and offers huge rewards in it’s treasure. This guy really knew what he was doing and took down two other galleons almost single-handedly! Sea of Thieves allows people who wouldn’t usually get greatly invested in a multi-player game, like me, to find something to love.

All in all, I know that Sea of Thieves may not be everyone’s cup of tea but this review is meant to be there to inform all of you reading on what works, what doesn’t and whether or not this is worth your time and for me I have to recommend Sea of Thieves highly. Not just highly but more than most games I’ve gotten my hands on this year. Sails down and anchors up. I’ll see you out there.