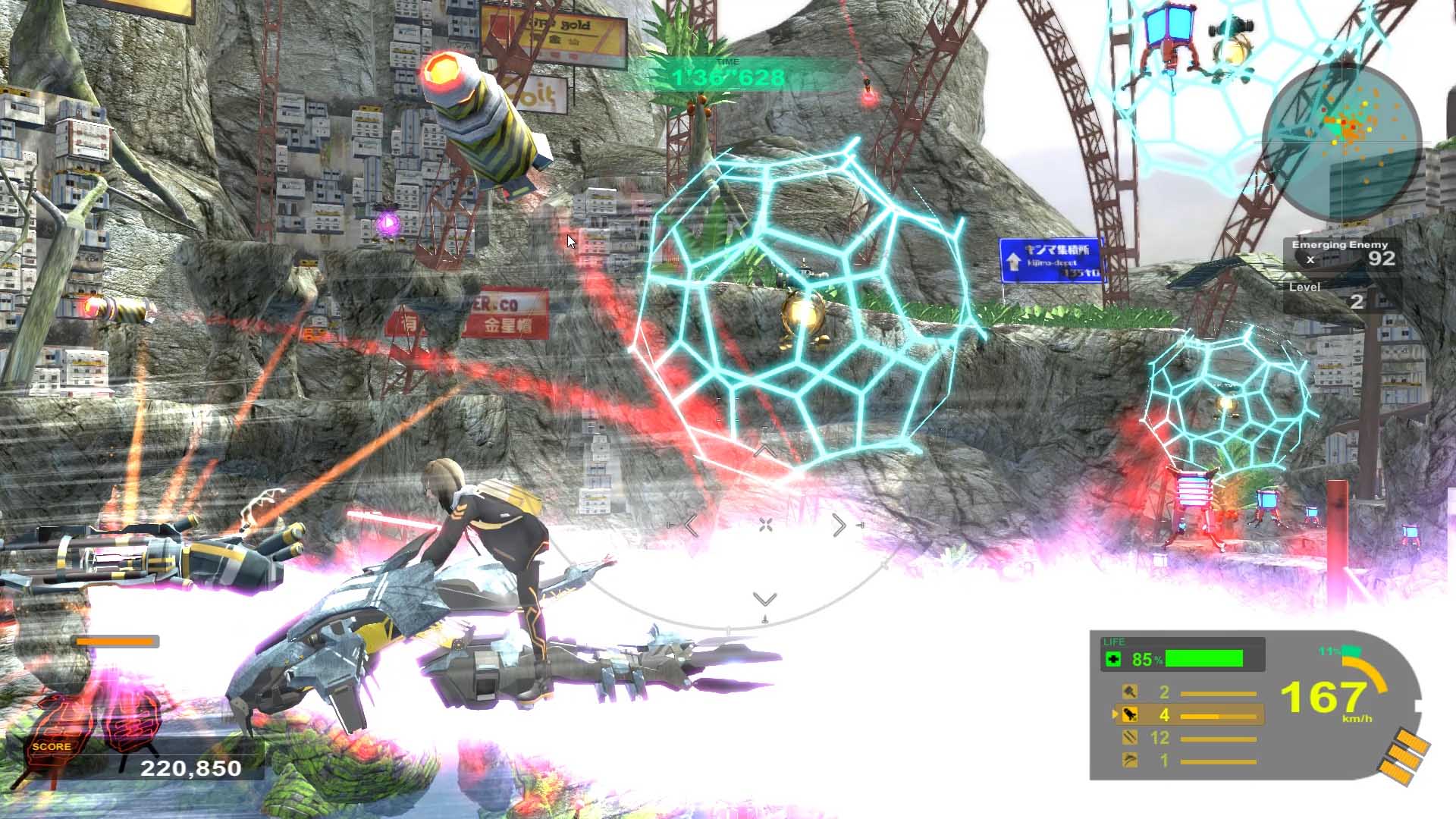 Cruz Brothers, arguably one of the worst, if not the worst game of 2018, has been released just last week.  And while it may be the most soul crushing, and brain damaging experience of the current year, it ultimately is not the worst PlayStation 4 game of all time. And while this may be saying a lot about the current state of PlayStation 4, it says much more about the indie scene as a whole. As contrary to popular belief, indie games, and not AA titles, are at the forefront of this rather depressing phenomena. And that’s because in this day and age, any shmuck and his mate, can whip up an excuse of a game, such as the shambolic Sky Ride, and sell it on any platform.

Sky Ride was released on PlayStation 4, on 15th of February 2017, on the North American version of the PlayStation Store. And in truth, it is hard to describe what Sky Ride really is, as it is not really a game. Yes, it features some basic premise, and simplistic gameplay, but it is so bare bones, that it would be an affront to actual games, to call whatever it is a game. And that’s because it lacks so many basic components and features, that it makes the aforementioned Cruz Brothers look good.

Usually, when one turns on a brand-new game he/she expects to see an introductory splash screens, a short cutscene showcasing the story of the game, and last but certainly not least, trademarked screens of software used to create the game – but Sky Ride has neither of those things. The second you press X on your console’s dashboard, you get instantly directed to what one could call the game. And Sky Ride does ask you to press options to start, but you don’t have to do that, as you can quote-on-quote play, without having to close the overlay.  And the only difference between playing with the overlay on, and without it, is that you don’t get chased by hundreds of mindless robots which get stuck on every bit of scenery, when it is off. 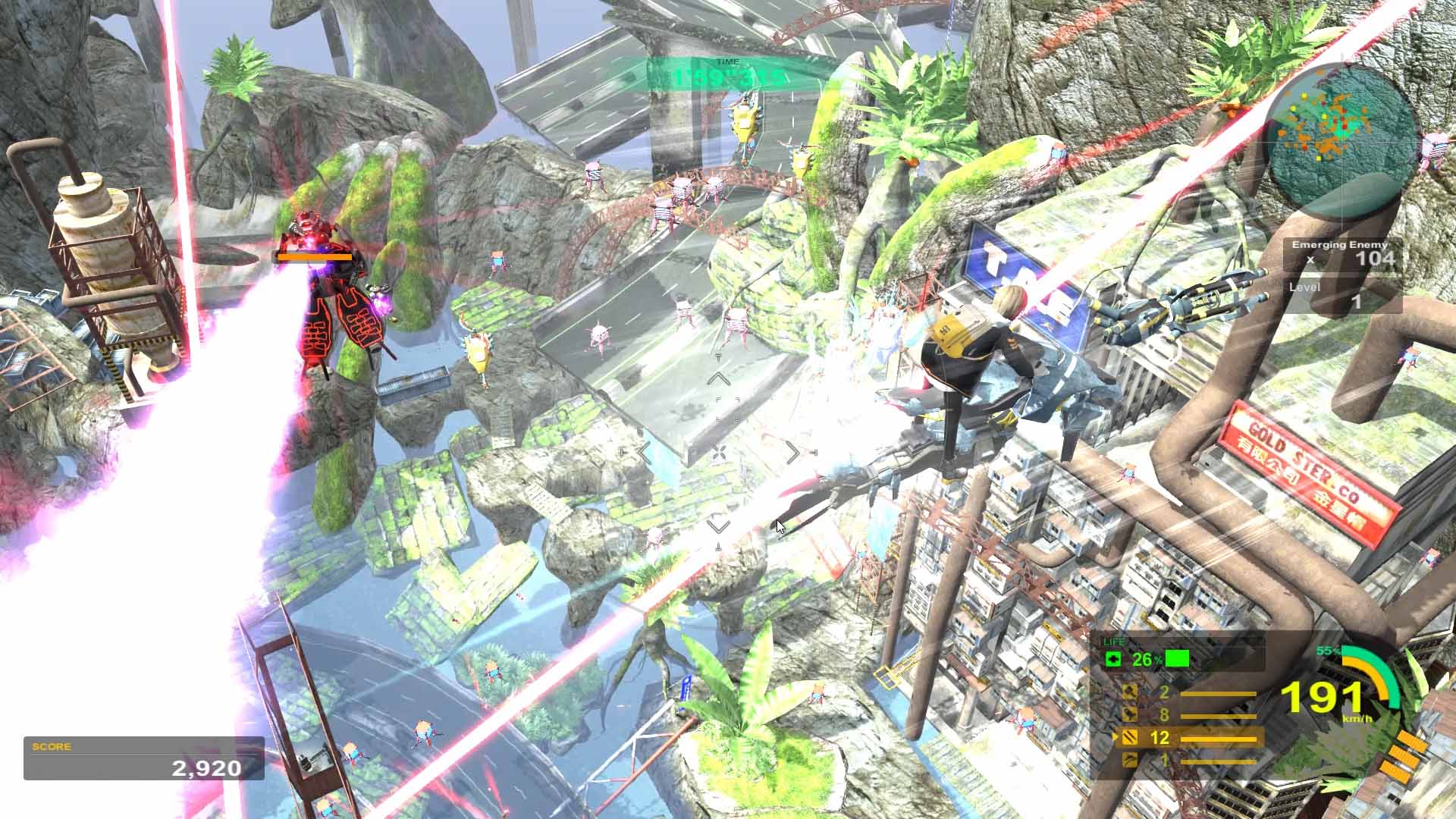 The core ‘’gameplay’ of Sky Ride boils down to you awkwardly flying about on a futuristic hover bike, while destroying, what seems to be flying lamp shades. And all this takes place on a single, incredibly ugly, borderline PlayStation 2 era map, which is as poorly designed, as it is random. Throughout the one and only level, which Sky Ride possesses, you’ll find floating rocks, palm trees growing on top of the said rocks, and crude oil tanks, which just like the aforementioned rocks, are just randomly hanging in thin air. And to add insult to injury, Sky Ride despite of its limited visuals, has incredibly poor framerate, which is never consistent, not even for a second. And at times, Sky Ride looks more like a slide-show based portfolio, of an eight-year-old child practicing 3d modelling, than a videogame made by actual developers.

The recently released Cruz Brothers was visually underwhelming, simply because its façade was rather amateurish and all over the place. Whereas as Sky Ride, is down right ugly, as all of its visual components, as mentioned above, look like they’ve been ripped straight out of early PlayStation 2 games. However, no matter how bad the title’s visuals get, they are not nearly as bad as what some could call gameplay. As such is so laughably poor, that even makes certain Steam Greenlight games look good. 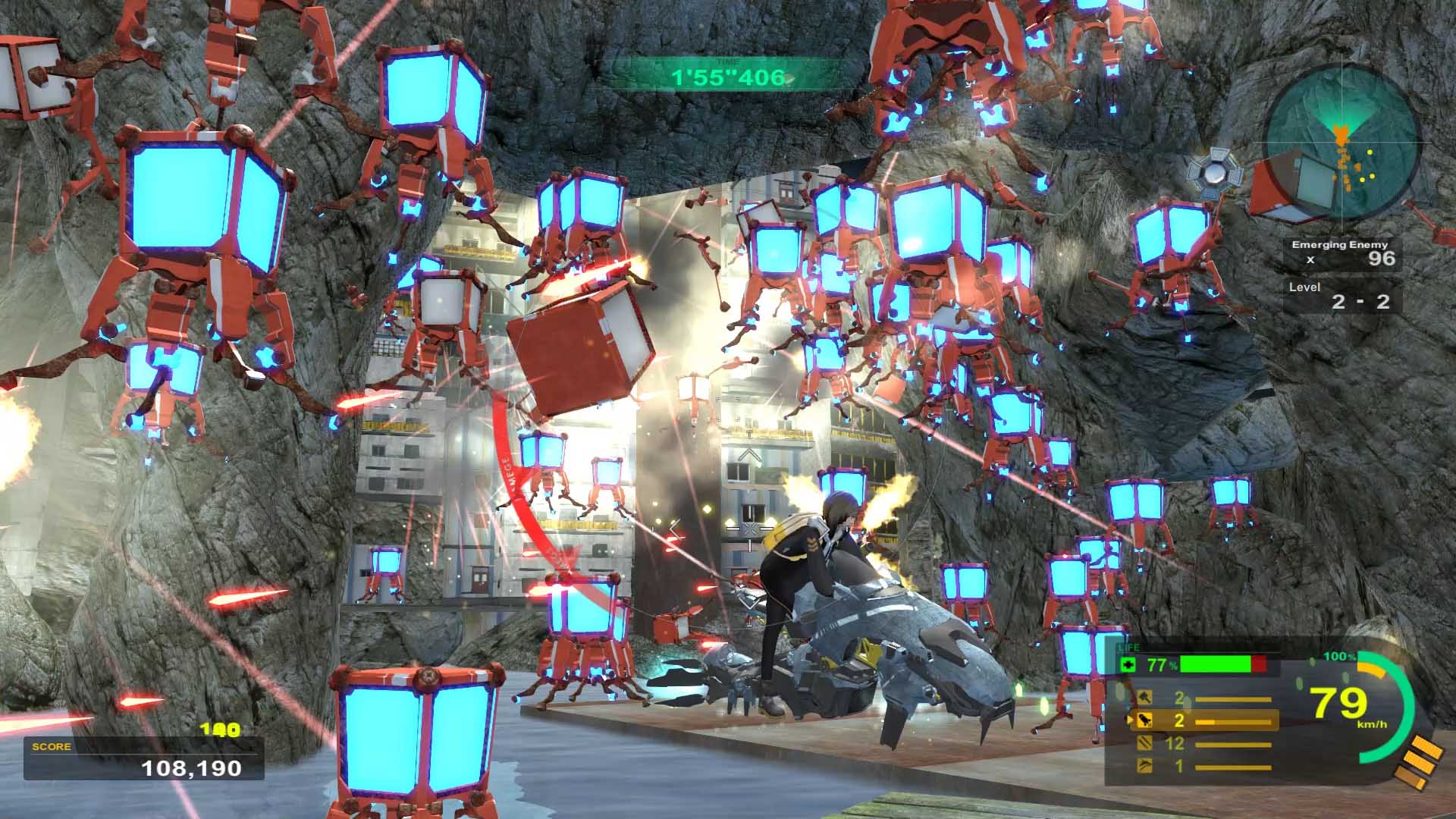 The core gameplay of Sky Ride, is not bad in theory, as there are many enjoyable games where you just fly an aircraft and destroy random hostiles. However, most games of that kind feature enjoyable and competent mechanics, which are usually supported by an approachable and easy to use control scheme. And as you might have already guessed, Sky Ride, lacks all of those things. And that’s because the core control scheme is so incomprehensibly strange, that it makes the one of Monster Hunter World look masterful.

In game you fly backwards and forwards, left and right, with the left stick, and climb and rotate with the right. And this sounds great on paper, but in practice is simply infuriating. The in-game bike may look small and nimble, but in-fact, it controls like a block of flats, on a set of shopping cart wheels. It never goes where it is meant to go, it is a hell on earth to rotate it in the right direction, and even with full boost, it flies at what feels like 5 miles an hour. The controls, to put it in colloquial terms, are simply trash, and that’s putting it incredibly nicely. They are inaccurate, seemingly random, and are more counterintuitive than IKEA’s furniture, with instructions in Mandarin.

If one puts together all of Sky Ride’s components, he/she will end up with a product which resembles something that is desperately trying to imitate a game, but in reality, is far from it. It is a shambolic composition of vacant gameplay, depressingly poor visuals, and a control scheme which could drive even a saint into a blind, and uncontrollable fury. And in truth, just like Cruz Brothers, Honor_And_Duty:_Arcade_Edition, and the infamous Life of Black Tiger, has simply no place on any modern platform, not even Steam. And what makes the matter even worse, is that this poor excuse of a game will cost you staggering £12.99, which is roughly £12.99 too much.