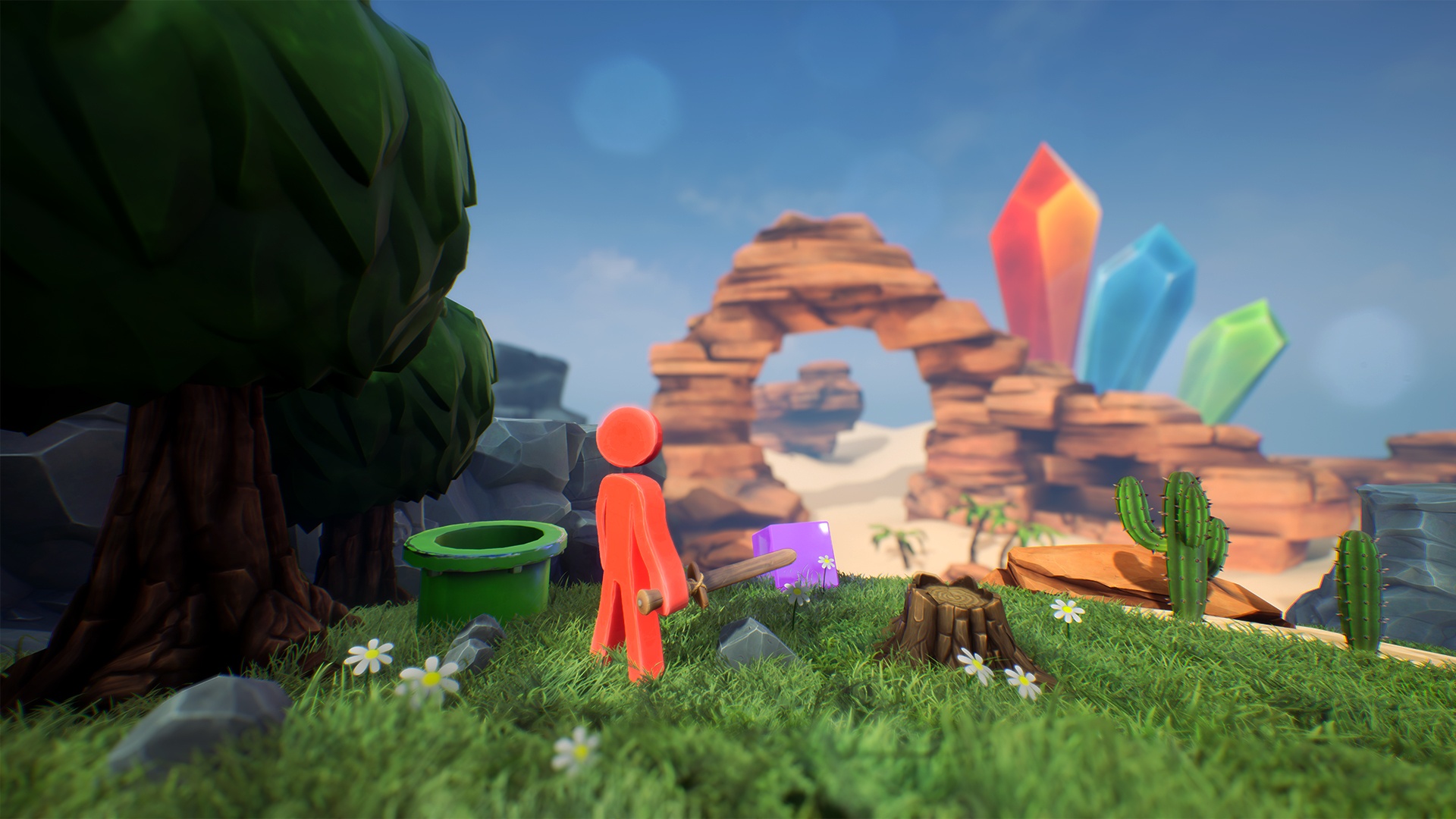 Supraland is the second title by Supra Games, with the first one being the free-to-play first-person football game called Supraball. That being said, a Kickstarter campaign for this project where the developer asked for €20,000 was canceled earlier this month, and I do wonder how this was planned since the game was already on Steam’s Early Access programme by that time.

Now, as someone who has gotten really into metroidvanias over the last few years, despite having never played any Metroid games, I was really surprised when I found out about Supraland. The game is, in essence, what could be best described as a first-person Metroidvania, despite being influenced by other franchises such as, Mario, Portal, and Zelda, at least according to the developer. Now, I must admit that while playing the game, it didn’t really remind me at all of those games, except for a couple of rare occasions, but after finishing the Early Access build, I can definitely see where this is coming from.

The game starts off rather abruptly, as you find yourself surrounded by the entire Red village looking at you, and the mayor sending you into the sewers in order to investigate the reason behind the well’s malfunction. Pretty much as soon as you descend, you find out that it’s the Blue’s who sabotaged your water supply line, and therefore you’re sent to speak to the king of the Blues. Surely this doesn’t sound too exciting, right? Nonetheless, I feel like the story isn’t really one of the selling points of the game, but instead, it acts as a conduit for the game’s most fun elements to take place. 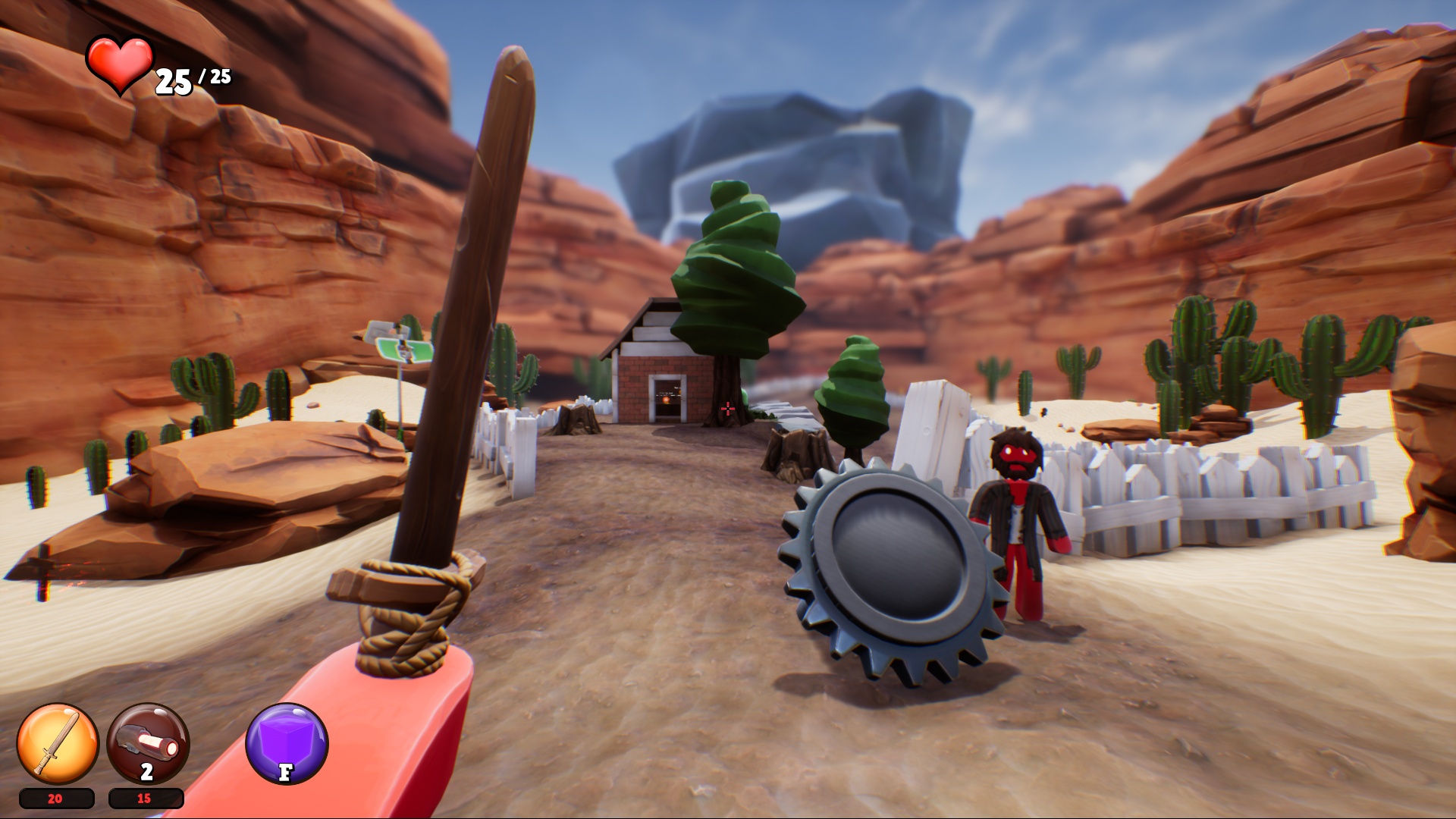 Supraland clearly has developed a much more heavy focus on its platforming and puzzle-solving aspects, rather than its combat, which isn’t really something that you find quite a lot in other games in the genre. With that in mind, thanks to the first-person perspective, and the smooth character movement, especially once you get all the upgrades that improve how you move, it feels extremely satisfying to just jump around and trying to reach higher places. The puzzles in the game are somewhat few and far between, but they seem to always require some sort of platforming finesse in order to solve them, which does make things quite interesting.

As far as combat goes, I was rather surprised by how basic it is, with you only having a basic sword attack, a ranged weapon that you’ll acquire about halfway into the current build, and dodging enemy attacks simply requiring you to simply run out of their way, which I found to be pretty easy, considering how fast you can get going. Still, I’d say that it’s at least a competent system for what it is, and if this is the price to pay in order to have other things in the game that provide a greater sense of fun and entertainment, I probably won’t mind giving it a pass.

If there’s one thing that I really like about the game, besides the inherent platforming and puzzle-solving that is required in order to progress, it’s the way that the world itself is built. There are different open areas, all interconnected, with smaller routes that you can traverse once you unlock them. There are also these shortcuts that you can activate, which are actually quite amusing to use since they basically send you flying into the air from one point of the map until the opposite end. These areas also feel and look unique, even though the game re-uses assets, and each one has a specific challenge that you need to face in order to progress, alongside a bunch of other things that you can do. 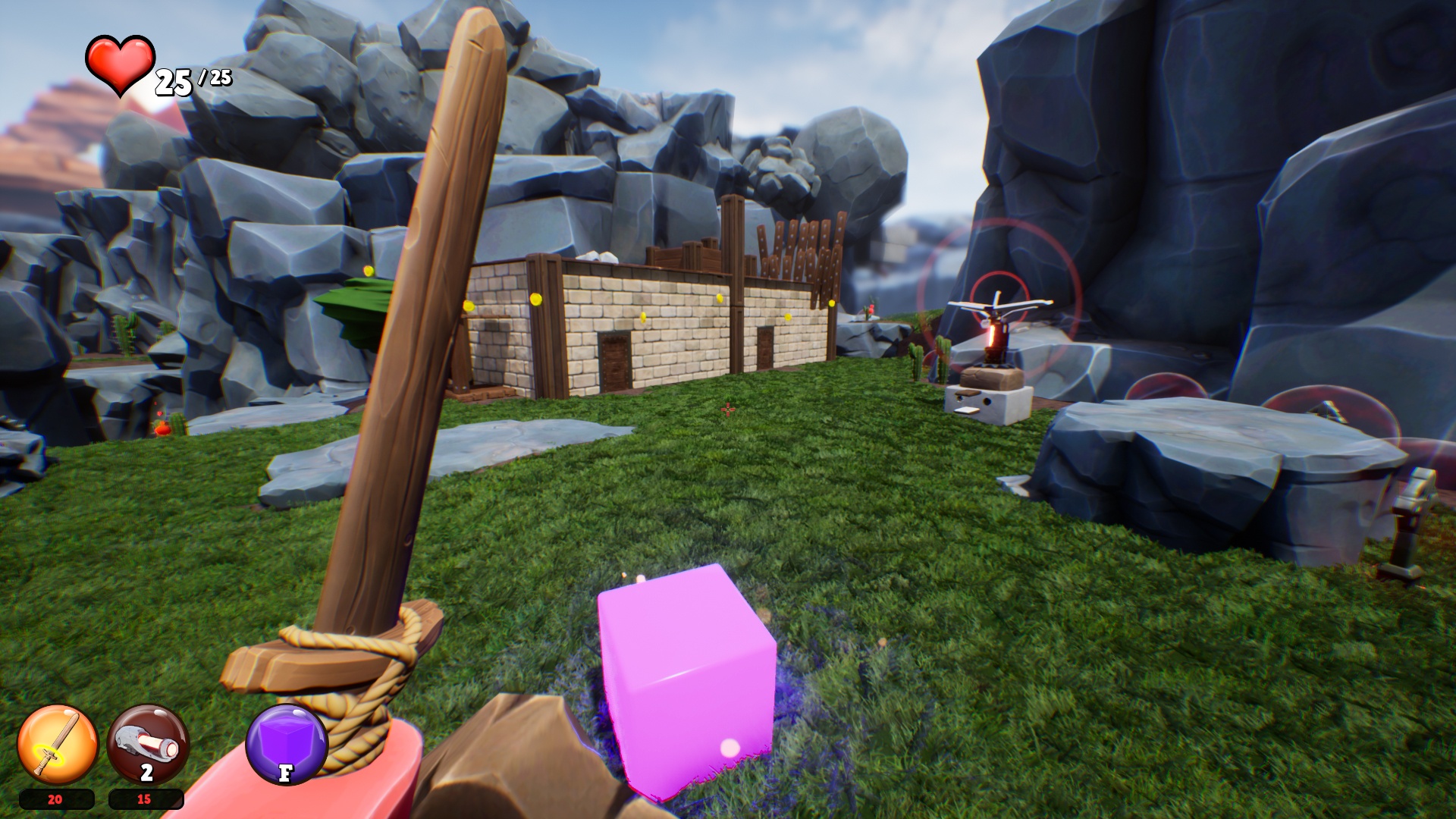 Scattered around the levels are these golden coins which you can use to purchase upgrades, like increased speed and even the ability to triple jump. With that said, I do find it odd that you’re limited in terms of how many coins you can carry, and you actually have to upgrade your wallet size in order to be able to carry more coins around. In the early game, this was a bit annoying, since I found myself having to go back to town to increase my wallet size just so that I could gather more coins, I feel that this could’ve been avoided. Likewise, you’ll also run across these barrels, which you must bring back to the town’s shop in order to unlock more purchasable upgrades, and this does feel kind of weird. I really have to wonder why don’t you simply just find the upgrades out in the world, at least the ones contained in the barrels, as there are plenty of other passive upgrades that you do find in hidden chests in secret areas.

While some people might frown upon looking at the way the game looks, you can’t really deny that it has a very clean look to it, and thanks to the use of Unreal 4, the game really shines in the graphics department, even though some textures do look somewhat blurry when you look at them at a closer range. While overall performance seems to be pretty decent, there are a few times in which the game would randomly stutter for no apparent reason, with larger areas being more prone to this occurrence. It’s worth pointing out that the game only allows you to choose one out of three different graphical presets, high, medium, and low, so having the option to change other individual settings instead of a global preset would be much more preferable. Furthermore, the game also doesn’t allow you to change your key bindings as far as I’m aware, which I feel like it’s something that should never be missing in a game.

As with any game in Early Access, I always think that people shouldn’t buy into it expecting a finished product, or something that will provide a certain amount of entertainment right away, but there are cases in which I consider that it’s worth supporting the developers or even help shape the final product. I feel like this is one of those cases, but you must be aware that you can pretty much explore everything that the game has to offer right now in about three to three and a half hours. This isn’t really a groundbreaking game by any stretch of the imagination, but it’s pretty fun and entertaining for what it is. If you’re not sure if this is something that you’d enjoy yet, I’d advise to keep an eye out for updates, as the developer seems to be pretty active on the Steam forum.