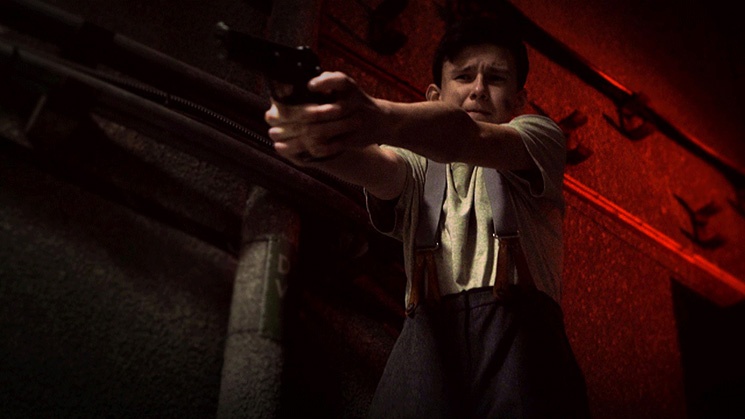 During the early to mid-nineties, a new form of storage media made its way onto home consoles and PC’s that changed the face of video gaming into what it is today. This medium was the CD-ROM. It also brought with it a new style of game, which was to become known as FMV, or full motion video; a format using live-action video, animated cartoon or a mixture of both with which to tell a story or create a game. Consoles such as the Mega, or Sega CD, and the Panasonic 3DO were to spawn some iconic titles with this method of graphical presentation. Games such as Night Trap, Sewer Shark and Tomcat Alley will always be etched within my memory with fondness; in fact, they’re titles that I still own to this very day. However, this was a medium that soon died out, giving way to the 3D style of presentation that still remains popular today. The reason for this was due to limitations with what could be achieved with FMV; lack of depth in gameplay, poor video quality and replayability values.

It has since been a medium that I greatly miss; despite its flaws, it was still a form of gaming that had potential. However, over the last couple of years, a spattering of titles have tried to bring about a resurgence of the medium with titles such as Her Story and Tesla Effect. Originally released on the PS4, XBOX One and PC in 2016, The Bunker, a game developed by Splendy Games and published by Wales Interactive, is now seeing the light of day with a release upon the Nintendo Switch and bringing the medium of full motion video to whole new audience.

Set within an underground bunker, somewhere in the British countryside, you play the role of John, a boy who was born within the confines of the shelter as the nuclear bombs of destruction began to fall. After thirty years of a life underground with your mother, you now find yourself alone after her untimely demise. Although now, a fully-grown adult, John still possesses a child-like persona from the innocence of a sheltered life. The game sees you following a set routine to the only life that John has ever known, however, after a series of unfortunate events, his daily life becomes disrupted that brings the ghosts of the last thirty years back to haunt him within the confines of his existence. 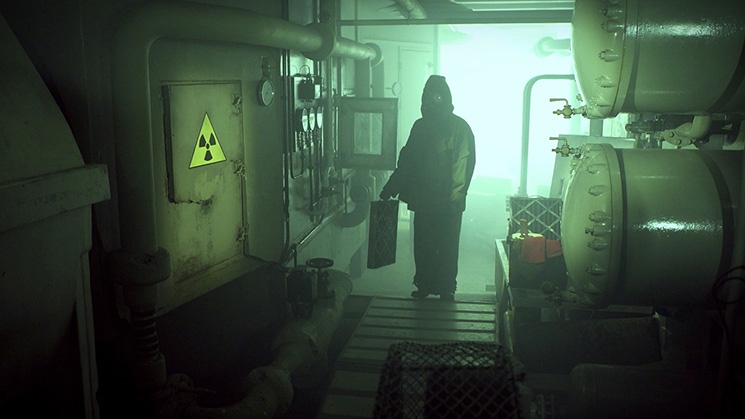 The Bunker plays within a style that is best described as an interactive movie. Using live-action recording, this psychological thriller plays out in an absorbing story that pauses on set scenes thus allowing you to explore items and locales, make decisions and solve certain puzzles. Its basic mechanic follows that of a point-and-click adventure, however, due to the restrictions of full motion video, the level of depth within your selections are quite limited. Despite this, its production values are very high with a superior video quality compared to the titles of old, an engaging storyline which was written by the award-winning team responsible for The Witcher and a cast of incredibly well-acted characters.

Filmed within a real-life nuclear bunker, its claustrophobic settings are the real stars of the show; with old cassette players that provide a backdrop to the story, Amstrad and Commodore computers that truly reminisce and an abundance of locations that set a very eerie scene. It’s all very much brought to life with some compelling performances from its actors: Adam Brown (The Hobbit) as John, Sarah Greene (Penny Dreadful) as his mother and Grahame Fox (Game of Thrones) who plays Bishop, the suitably menacing  commanding officer of the bunker.

However, this is where The Bunker’s problems lie. Although a fairly absorbing film production, as a game it becomes fairly average. The story and production may be compelling, but its gameplay severely lacks; unfortunately, a trait that still very much remains within the realms of FMV-styled games. There isn’t a great deal for the average gamer in which to involve his, or her, self in. This doesn’t mean that The Bunker isn’t an enjoyable experience, it is; but you have to accept its limitations for what they are and enjoy the game for what it is. With a playtime of between sixty and ninety minutes, more if you search for the game’s hidden collectibles, and the choice of dual endings, The Bunker is ideal for a casual style of gaming with the Switch’s handheld capabilities. 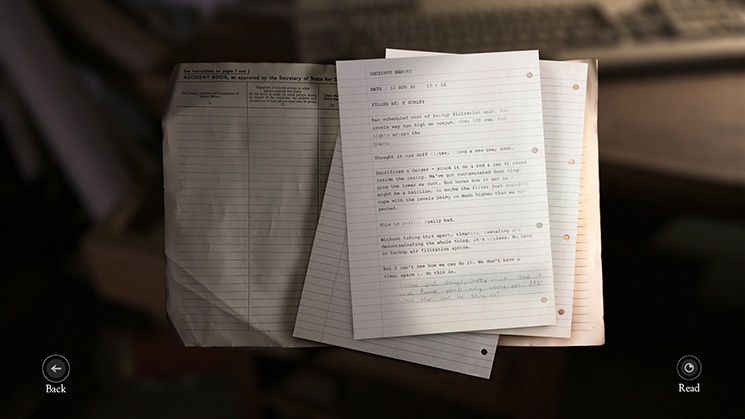 Although the game shows a rather impressive potential of the FMV genre, its mechanics contain a very linear and streamlined experience. Much like a DVD or Blu-Ray movie, it will entertain you for a couple of sit-throughs, however, its appeal will quickly wear thin; but just like any film, it will sit nicely within your library until there comes a time when you think “I know, I haven’t seen this for ages” and it will entertain again. It’s one of the things that comes with the FMV genre of gaming. With the publishers promising further titles within the same template, the future of these style of games looks promising and is certainly a range of titles that I will always play.

Overall, The Bunker does provide an enjoyable experience. It’s a good quality FMV game that has some truly terrifying and gross moments; this is by no means a game for the younger audience. In order to get the most out the game, you, as a gamer, need to accept the limitations of its genre and accept it for what it is; when you achieve that, then you will get the full potential of this style of gaming. It’s worth recommending just for the experience alone and it never feels like a waste of your time. If you’re an eighties or nineties child, then its values of reminiscence, in its gameplay and content, makes it an absolute joy to play and if you’re new to the genre, then The Bunker does provide an experience worth playing through; you never know, it may make you a fan of its style, as I am. It’s good to see an FMV game such as The Bunker see the light of day again, and long may it continue with other, similar titles rather than its genre becoming buried within the depths of gaming lore again.