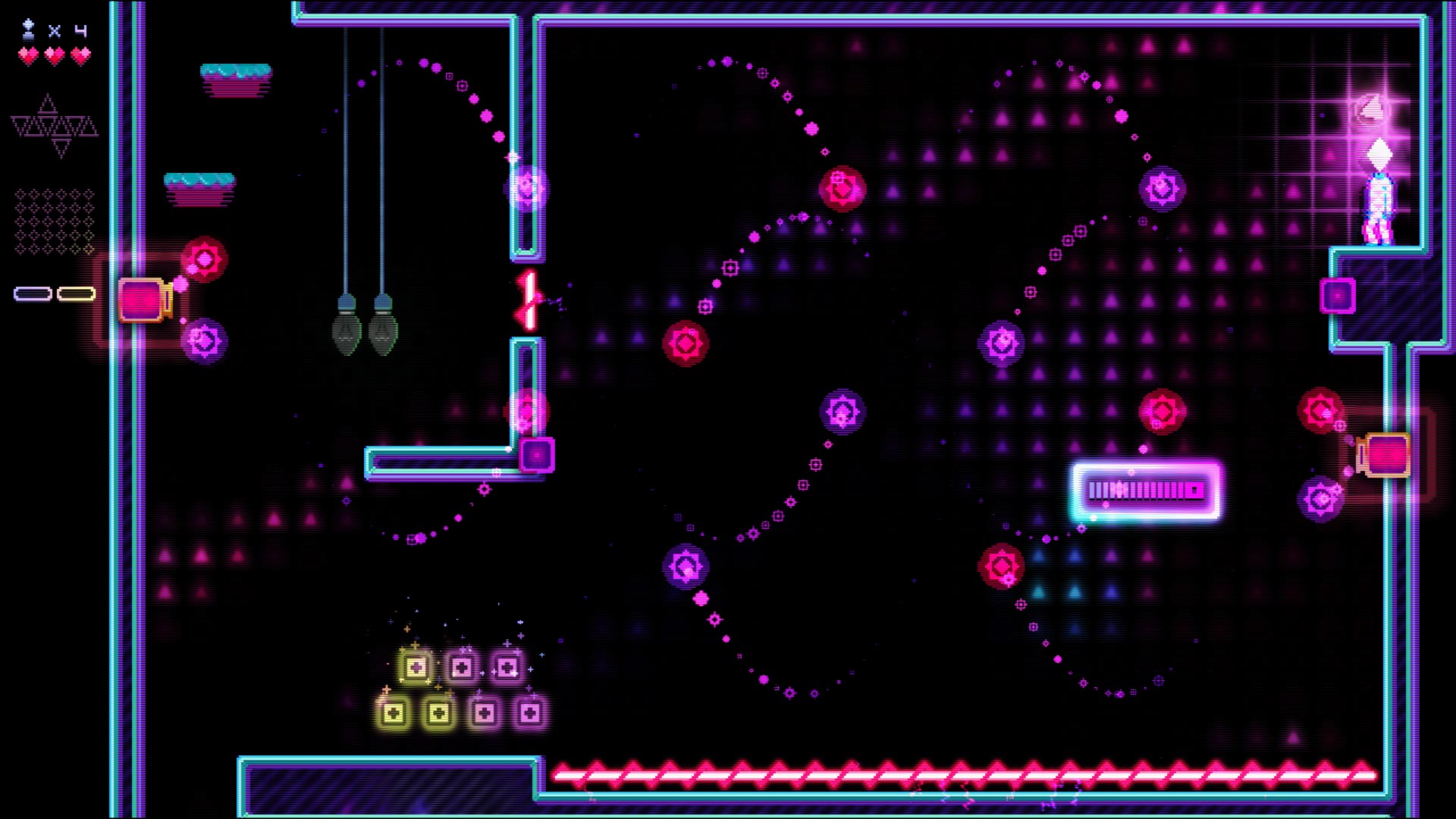 The Mario franchise, and most importantly the platformers of the said series, are regarded as some of the best games of all time. And that’s not because the feature complex and expansive underlying systems, or features, but because they keep the player on his/her toes and disallow one from ever getting bored. And they achieve that through constant innovation, as seemingly every chapter and/or sector within said games, features brand new and exciting new items, enemies, and mechanics.

Mario games, reinvent themselves as they go, but they do not just launch their content at the player every five minutes. There is a perfect equilibrium between the new and the old, and when playing any of the titles within the franchise, one never feels overwhelmed or intimidated. And besides Mario, there is an abundance of franchises and titles, which throughout their existence have tried to achieve the aforementioned balance. But they either feature not enough concrete content of substance, just like the Little Big Planet series, or possess way too much, just like the recently released Octahedron.

Octahedron is an action platformer, but unlike the aforementioned Mario, it doesn’t force you to go left or right, but either up or down. And it does so through the use of its rather unique mechanic, which allows the player to craft the platforms as he/she goes. So instead of jumping onto the pre-placed blocks, you have to create short, flat surfaces, in order to reach the portal at the top of the level. And yes, Octahedron does possess pre-designed levels, but for the most part, all in-game chambers are mostly composed of traps and obstacles, which you have to overcome using your ability to create platforms.

Once a platform is placed, it only remains on-screen for a very short amount of time, and at times, you’ll have to create multiple platforms in order to get from A to B. However, you don’t have to jump from one platform onto another, as Octahedron allows you to surf on the created layers, for a brief amount of time, either left or right. So, if you don’t have to go up in order to progress, but sideways, you can simply create a single platform, instead of two or three, and surf to the other side of the screen with ease. 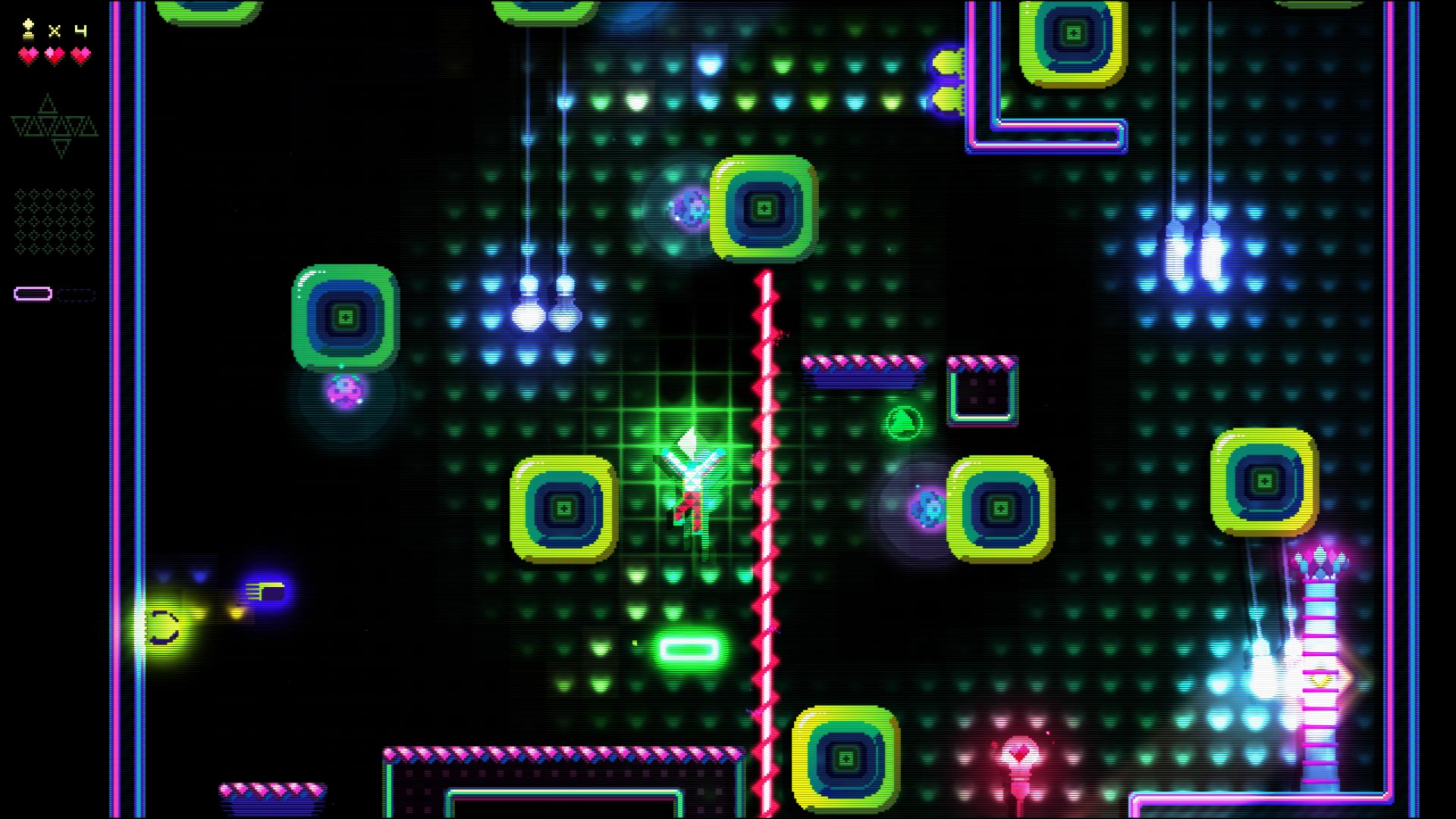 At its core, the leading mechanics of Octahedron, regarding the creation of platforms is immensely enjoyable, as it allows you to approach the in-game chambers in any way you desire. However, there are limitations to how many platforms you can use at a time, and these vary from chamber to chamber. Some levels will only allow you to place up to three platforms, others just one, whereas some will allow you to place as many as ten. And while those do replenish once you hit pre-placed solid ground, then it has to be underlined that they just can’t be placed haphazardly as one desires, as resource management is one of Octahedron’s most important features.

The ability to create platforms may seem overly simplistic at times, and lazy if one would go as far as to claim that the developer was simply not bothered to create actual levels. However, there is more to the said platforms than meets the eye. And the more time one spends with the title, the more they evolve. And with time, you’ll have to use them as shields, boosters, elevators, and even as weapons. And some levels will even require you to use them to solve a much greater puzzle.

They way in which one has to approach all in-game levels is constantly changing. As every single in-game chamber features a brand-new feature, trap, obstacle, ability, and/or a hostile. And in the beginning, it feels great, as no two levels are the same, and the key to victory is drastically different from one chamber to another. But as Octahedron begins to gather pace and difficulty, with each and every chapter, it also begins to lose its sense of wonder. And the previously impressive variety, turns into an overwhelming and at times immensely intimidating clutter, which is nothing more than a nuisance. 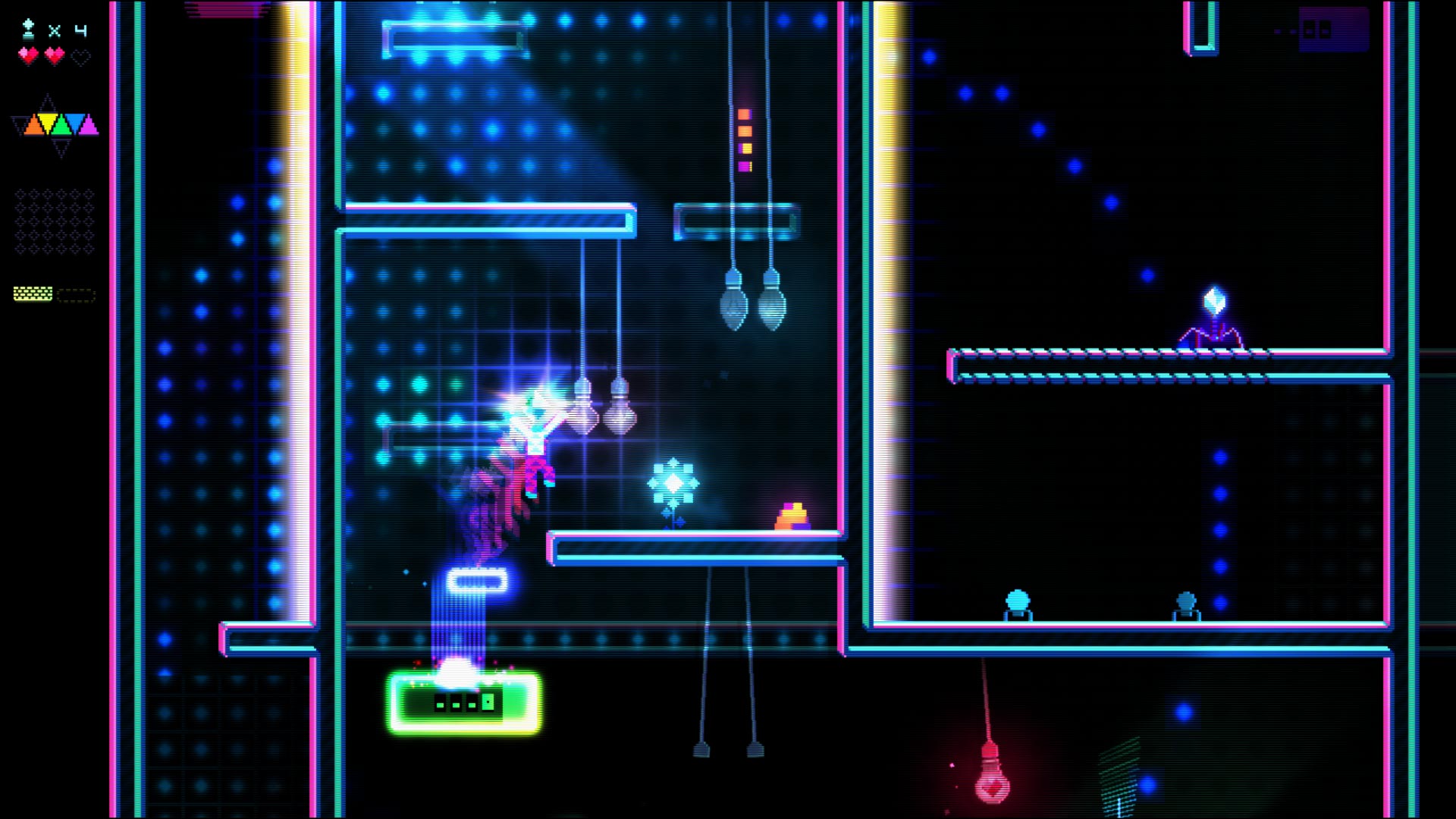 The early levels of Octahedron are excellent, as they are clear, concise, and are in no way confusing, and or unnecessarily overworked. But as you begin to come across new features, items, and obstacles, the testing chambers, turn into an absolute mess. As seemingly the developer behind the title felt like all features have to be used at all times, within all levels. And this approach ultimately turns some chambers, and even entire chapters into messy, infuriating, and most importantly disappointing chores.

Every new feature within Octahedron, instead of adding to the overall experience, ultimately takes away any shred of fun and wonder, which the title has otherwise possessed. And once you reach the halfway point of this particular game, you’ll feel like you’ve seen enough, and will probably abandon it for good. And if you are not a fan of the genre, and/or the vaporwave aesthetic which Octahedron possesses, then this may come even earlier in your case.

Octahedron, just like the vast majority of modern indie games, is a title of limited appeal. And just like your walking simulators, and/or visual novels, it will appeal to the very few, instead of many. Mostly those with sadomasochistic tendencies, as Octahedron can be immensely punishing at the best of times, and downright unreasonable at its worst. It may not be for everybody, but it possesses a level of quality, which ultimately allows it to generate some intense and thrilling moments. And if you disregard the fact that it can get incredibly messy at times and concentrate on the fact that it possesses some rather solid platforming fundamentals, then you’ll be presented with a title worthy of your attention.

In many ways, Octahedron is like a modern sports car. It’s slick, fast, and incredibly decadent, but you wouldn’t use to commute to work every single day, as ultimately the downsides such as its stiff ride and catastrophic fuel consumption, would heavily outweigh the positives. And in the same way, you wouldn’t want to play Octahedron for any prolonged period of time as it’s overly complex nature, and needlessly punishing difficulty, heavily outweigh its sense of wonder and enjoyment. And as good as it is, the final judgment is up to you, as you yourself will have to decide whether it is worth spending money on a title which you may only play once a week.