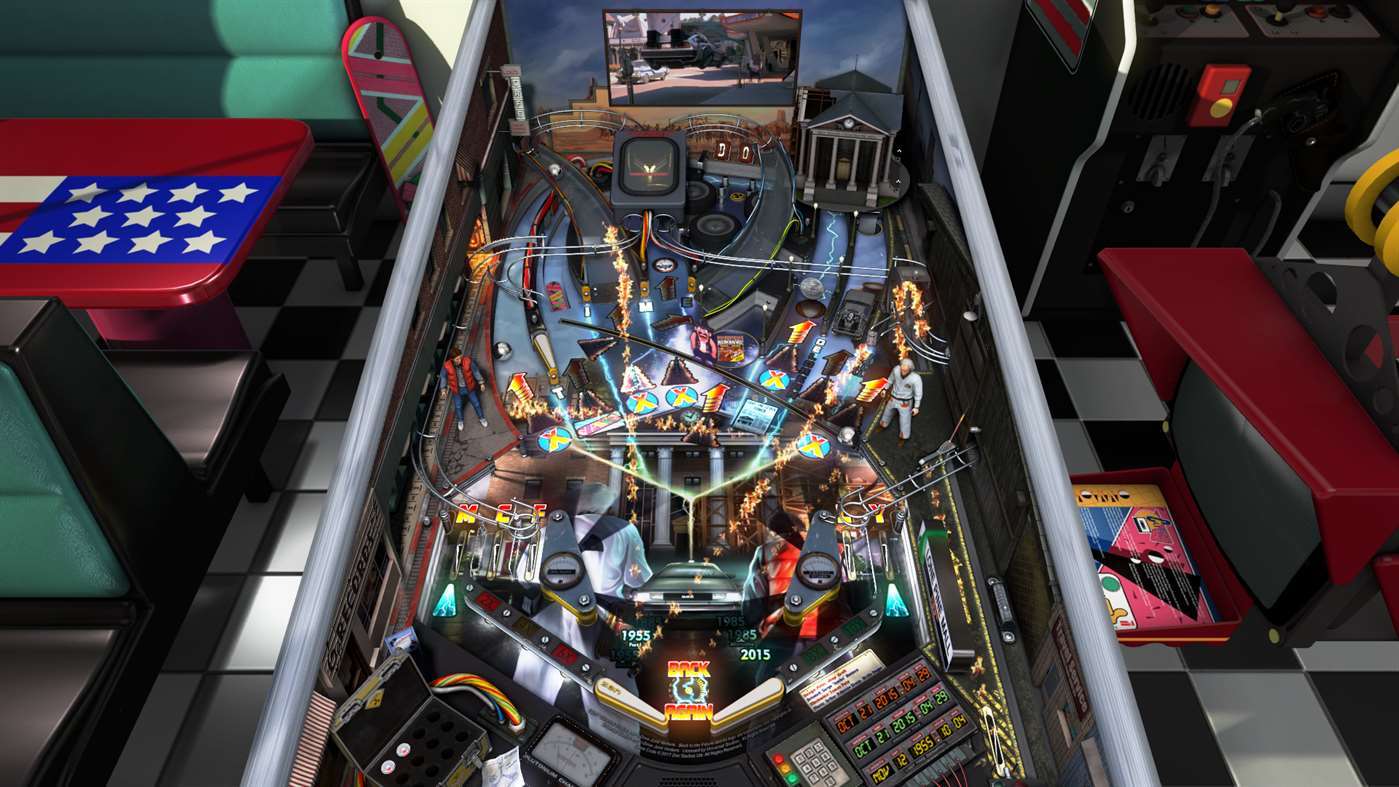 Sometimes it is difficult to be enthusiastic about certain titles. And that’s not because of personal biases, or unhinged public opinion, but simply because certain games are based on intellectual properties, or real-life experiences, which are simply nothing to write home about. And unfortunately Pinball FX3, and its Universal Studio’s Classics pack, are both perfect examples of this occurrence.

At its core, there is nothing inherently wrong with either Pinball FX 3, or the aforementioned content pack. What you see, is what you get, but unfortunately, it is not enough to entice the modern consumer to purchase the pack, or to even download the free version of the game. As it is just pinball, which just like in real life, is rather mundane. And the Hungarian Zen Studios, which is behind this particular title, has tried to turn things up to eleven. But through addition of modifiers, challenges, and other unnecessary tat, it has only further dragged it down into the abyss of despair.

Pinball FX 3, is a fairly depressing experience, just like the vast majority of video game conversions of arcades and pub games. And yes, it represents pinball one-to-one, on its basic level, but does nothing to take it further. And you could argue that themed packs, such as the one mentioned above, elevate the game to a higher standard, but unfortunately, they are just as uninspiring and depressing as the game itself. 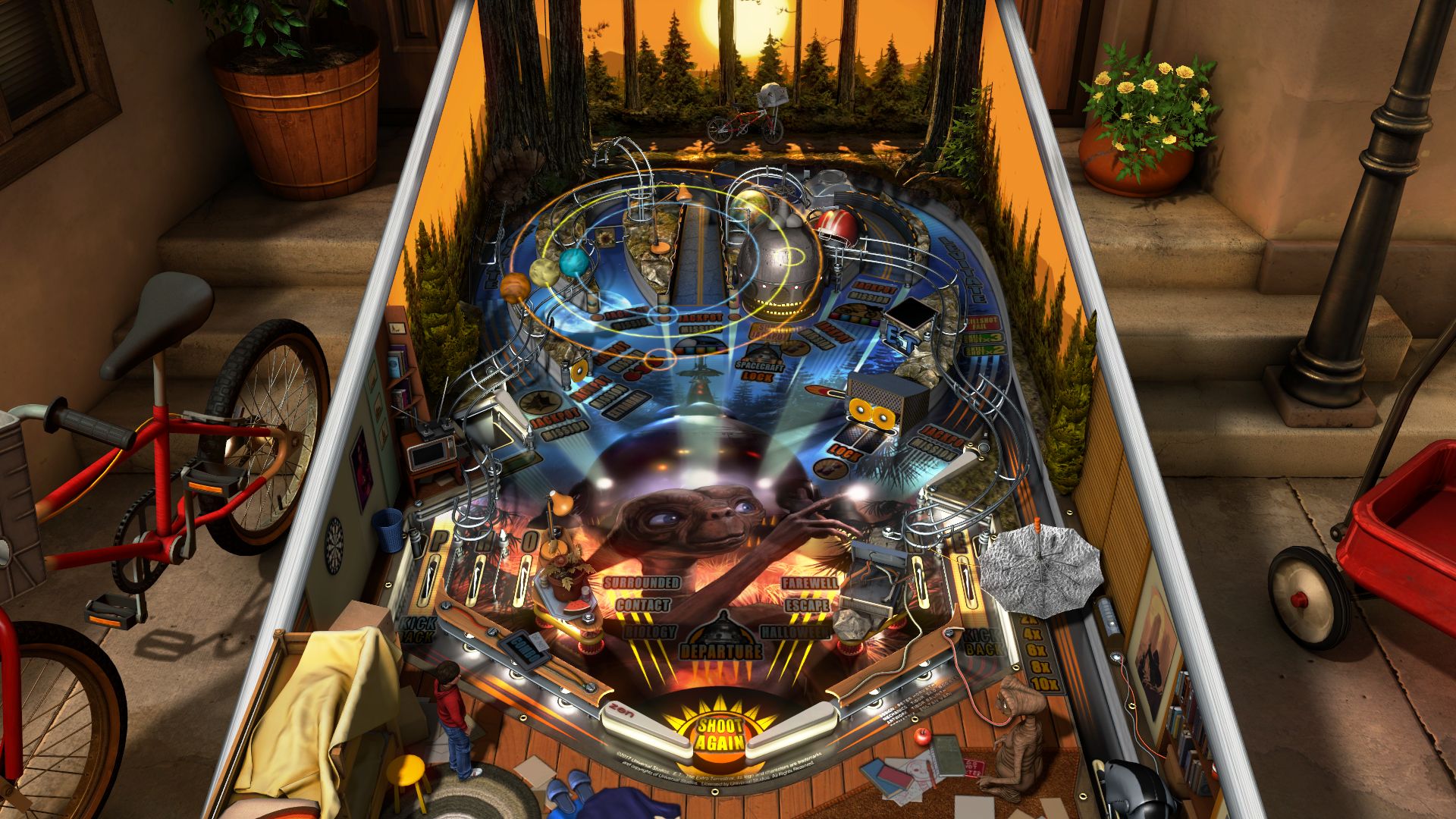 Universal Classic’s pack, features three uniquely themed tables, which feature certain features, which at the first sight seem one of a kind. But once one spends some time with all three of them, they all blur into one. However, in order for you to understand how this could possibly happen, it is important to dissect all three tables, one by one.

First, is the ET table, which at the same time is the most underwhelming and boring of them all. It opens with an animated sequence of the film characters, clumsily jumping onto the board, and slowly pacing towards their place – where they sand continuously repeating the same set of animations. The table itself is split into three main lanes, multiple side lanes, and features hot spots which transport your ball straight to flippers, hold it for a brief moment, or bounce it around mushroom like barriers, before it slips away. And this is quite honestly all that there is to it. Yes, the table does feature some interactive elements, but in play, it is really difficult to notice either of them

In this part, just like with map pack reviews, it would be fitting to move onto the second portion of the pack – which in this instance would be the Jaws table. However, the table in question, as well as the third and final Back to the Future themed board, are exactly the same, as the abovementioned ET table. And with hand on heart, the only difference between all three tables is the theme, and certain animations. And while the Back to the Future table is a little more complex than the one of Jaws and ET, it is ultimately still not expansive enough to warrant any praise. 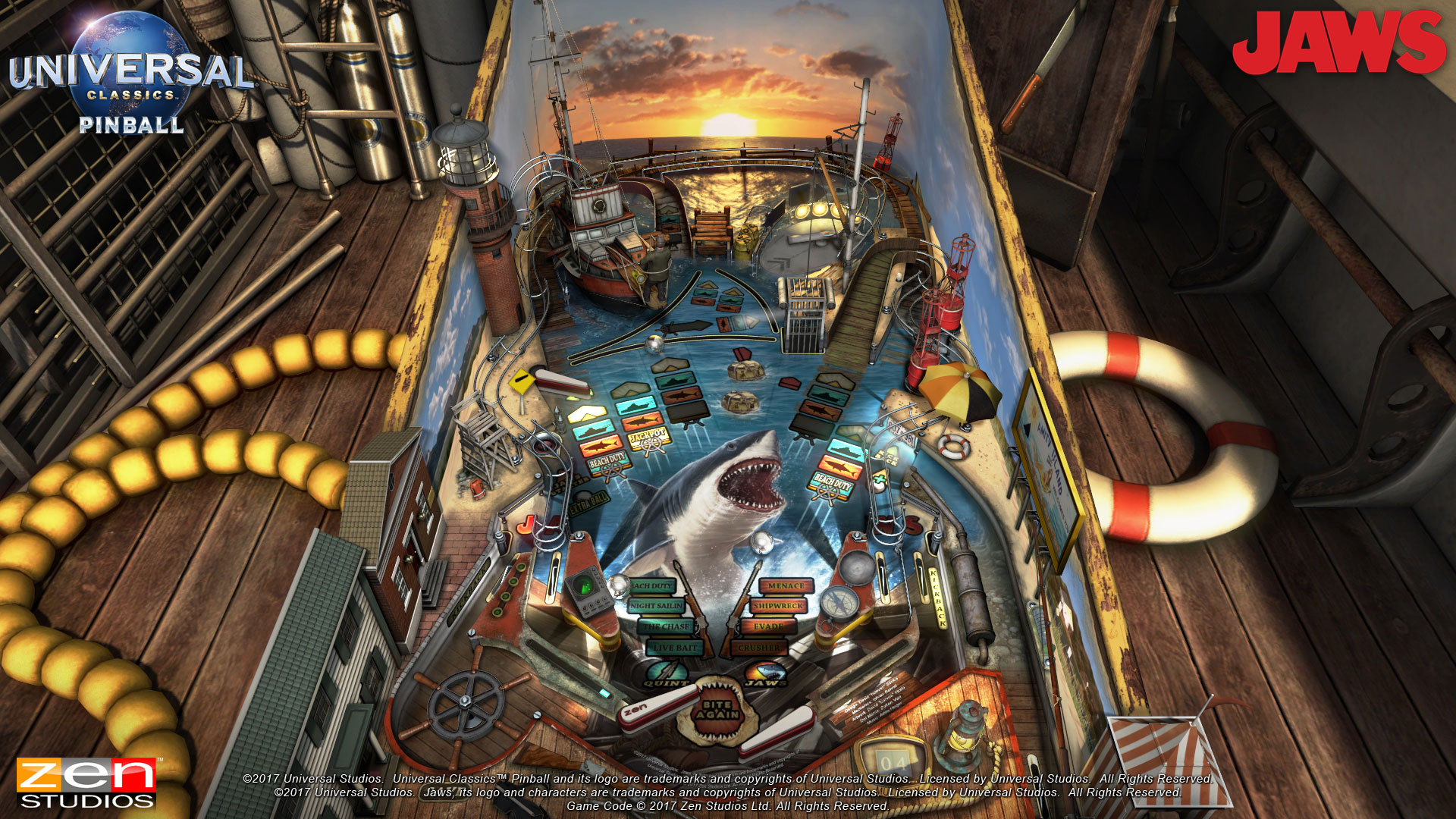 All three in-game, or rather in-pack tables feel incredibly underwhelming, but worst of all, they are all like. So, once you’ve played on one, you might as well call it a day, as your experience will be equally soul destroying across all three. And like I said, there is nothing inherently wrong with the Pinball FX3, but there is a lot that could be done to lift the Universal Classics pack up to the modern standard. And while the pack itself is no grossly offensive, then the same cannot be said about its price.

When discussing Universal Classics pack for Pinball FX3, it is really difficult not to harp on it, as it is unfathomably underwhelming. And in short, it is quite simply not worth your money. And even if it comes to a point, where it is discounted to £1.99, it will still not be worth it. And when all is said and done, Universal Classics pack will do more harm than good to your mental health, as ultimately it is a dull, uninspiring, and worst of all depressive experience which will deprive you of all your inner joy and happiness. And it has warranted itself this particular score not because it is in any way good, or even acceptable, but only because it works to a quite high technical standard.