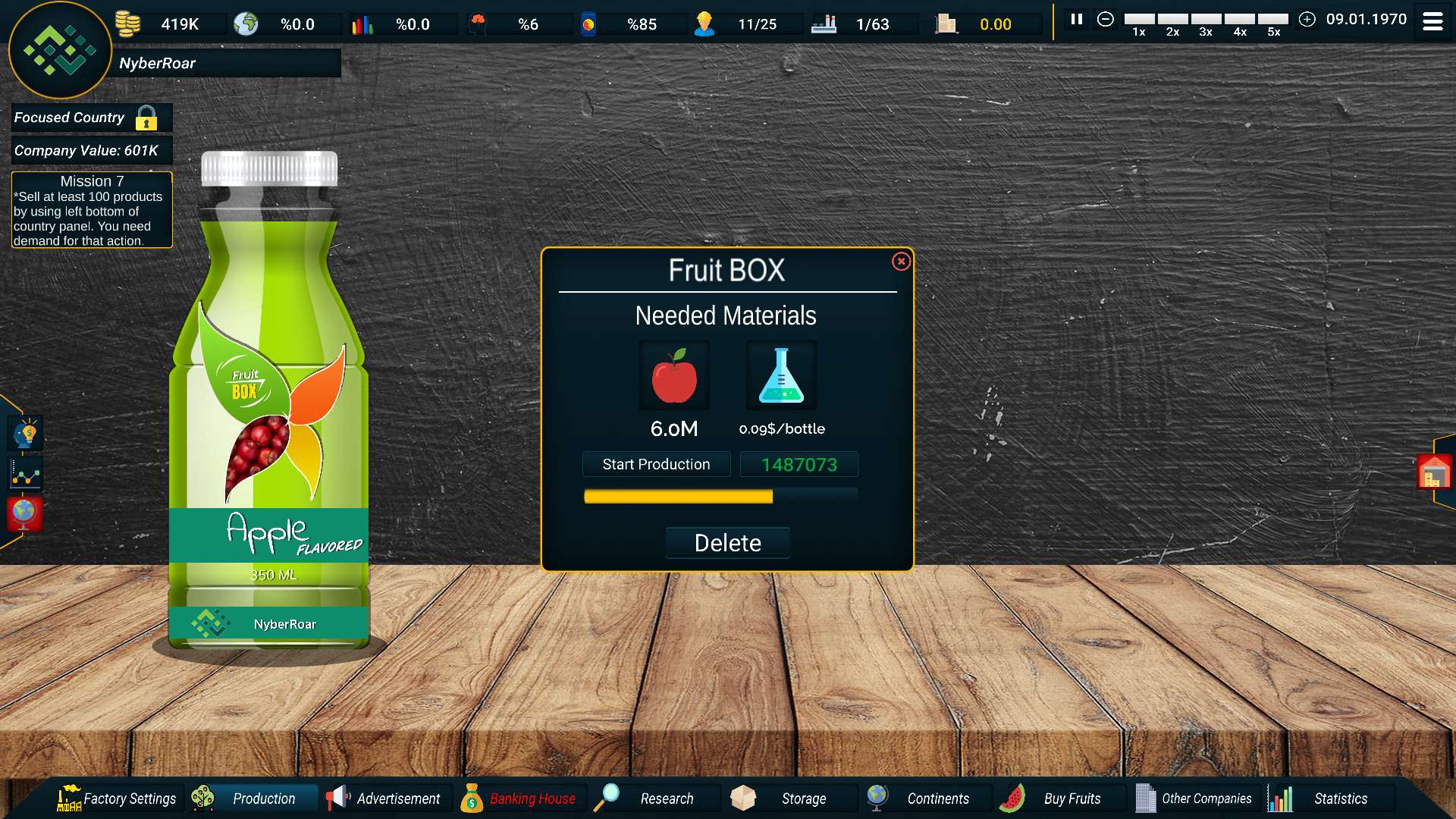 You are put in charge of a drink’s company and manage it every step of the way. You are in charge of production, creating your drinks and choosing what goes in it, how caffeinated or show sweet is it? Is it an addictive drink? How acidic? You name it and even have some control over the bottle it goes in and the look of the label.

As head of your company you purchase the fruit for your drinks, run ad campaigns, and manage your factory (how much will you pay your workers? Will you keep it fully staffed?). Will you open new factories around the world? You even control research, choosing whether to improve marketing, factories, or the ingredients in your drinks.

Creating great drinks has you dealing with a lot of trial and error, as you change its stats to try and create a truly tasty drink. There’s a learning process in this portion of the game, and the game very much leaves you to figure it out on your own as you try to figure out how to improve the taste of the drink. This trial and error is enjoyable however and it really does make you feel like you’re personalizing your product. 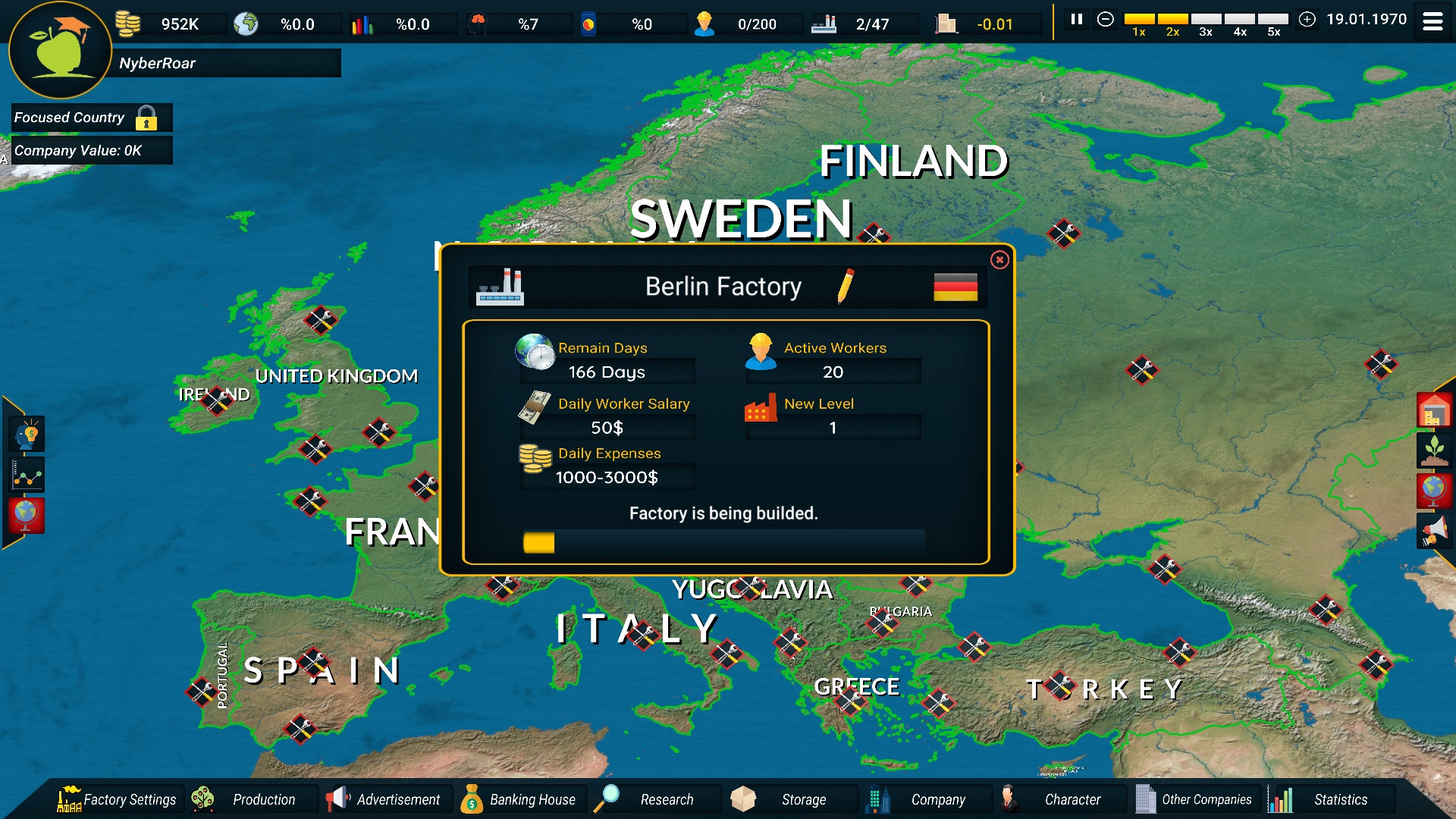 Watching your drink’s company grow is quite satisfying because it’s not easy. With such a detailed production and promotion process there are a lot of steps to slip up on and a successful drink’s company is hard to create. The game also has some intense background music, that nicely amps up the pressure and makes you feel like you’re in an intense battle of commerce! A feeling further helped along by the other drinks companies you are competing against who statistics you can keep a close eye on.

Unfortunately, while some trial and error and learning as you go is enjoyable, the game goes a little too far with it. The tutorial does a poor job of teaching you the basics of the game, with its instructions often being vague and confusing (there are also typos in the tutorial, probably due to translation issues). But with the combination of the starting missions and tutorial, you can more or less muddle through as you learn to play the game.

The game’s UI is also flawed however. It’s clunky to move between various menus. It’s not always clear when buttons have been clicked, if you move between continents you have to open a menu and select a new one, rather than being able to scroll across the world. Worse, if you accidently close the tutorial while playing, you can’t open it again. Nor can you load a game while currently in one (even though the option is shown in the menu). 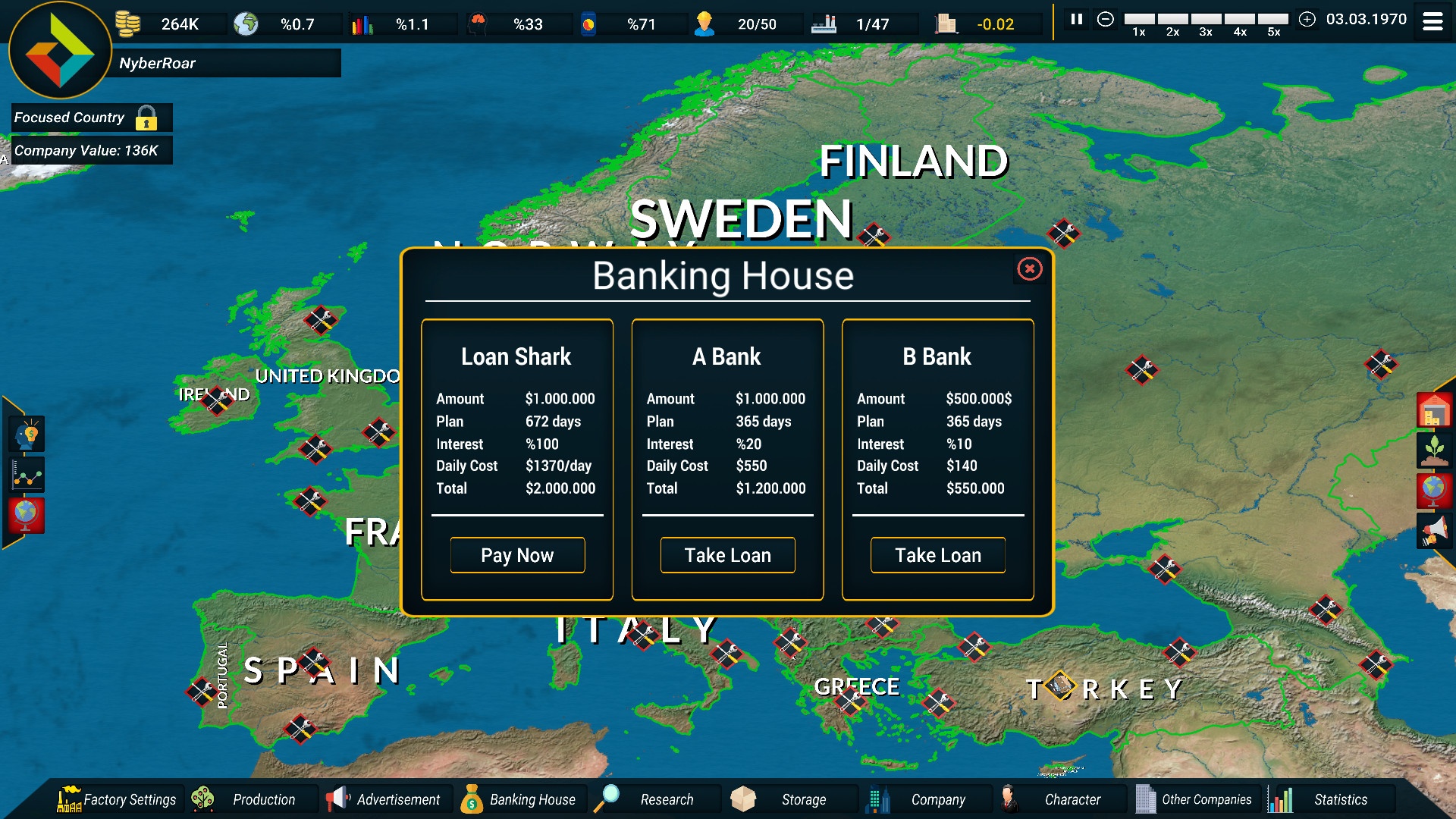 Drink Pro Tycoon is definitely a mixed bag, but you can get used to the UI. The real question is can you push through the learning process to get to the meat of the game, and the meat of the game is enjoyable. If you like games of micro managing and running businesses, you will enjoy the game at the heart of Drink Pro Tycoon. It’s a solid, tycoon experience. But getting to the heart of that game feels like a slog and that’s a shame because the game deserves better. There’s a lot of replayability there as you create new and different drinks, focus on research and expand your drink’s company across the world.

At its current price and current shape, Drink Pro Tycoon isn’t quite worth it, but the developers are releasing a lot of updates and fixes and hopefully Drink Pro Tycoon will be an easier game to get into soon. Which will be good, because once you’re in it, it is truly enjoyable.