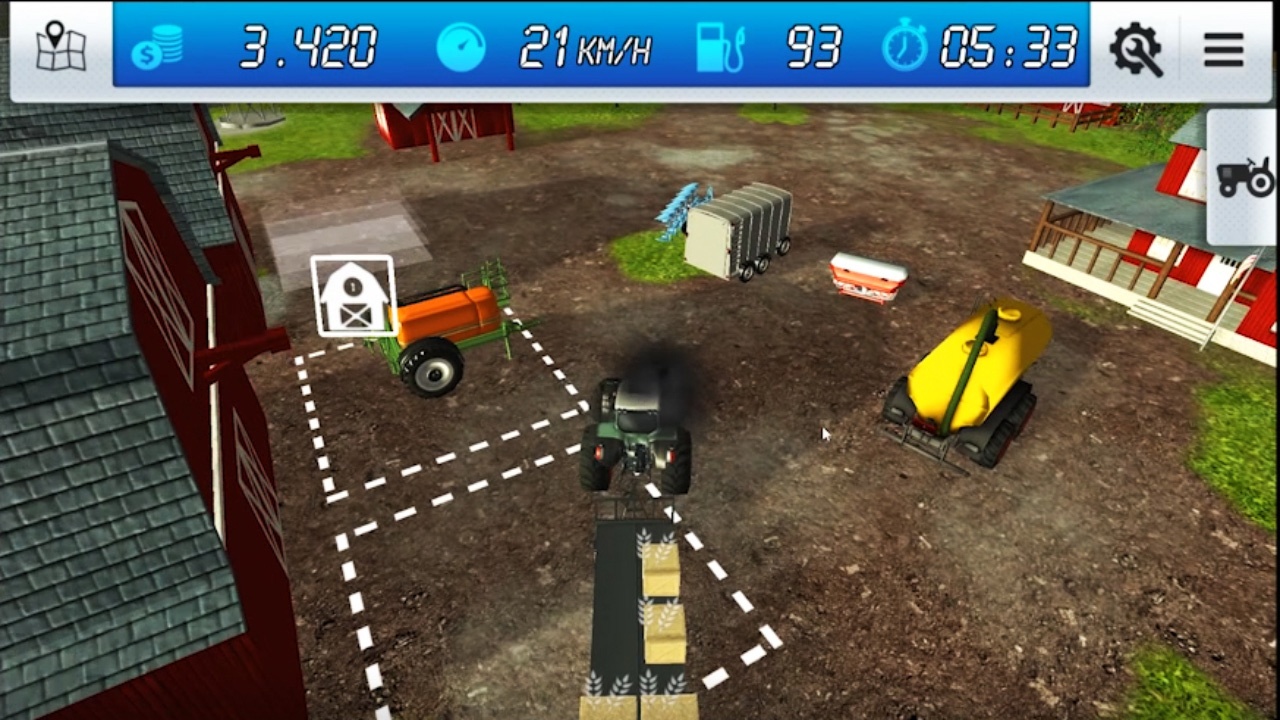 If you’ve ever had aspirations about sowing crops, breeding cows, driving tractors and growing fruits and barleys, then you’re in luck, as Farm Expert 2018 plows its way onto the Nintendo Switch.

Developed and published by SimFabric, this agricultural simulator sees you sowing the seeds across four distinct landscapes that has you farming across America, Poland, Germany and England. With over twenty vehicles, from tractors, combine harvesters, spreaders and sprinklers and boasting over fifty hours of gameplay, Farm Expert 2018 contains enough content to keep even the most green-fingered amongst us happy.

This special edition, made exclusively for the Nintendo Switch, is a direct port off of the back of over two million downloads on its mobile origins. The game tasks you with the overall running of different farm styles from across the world, which sees you driving vehicles, managing resources and partaking in a wide variety of agricultural activities. Starting upon the American farmland, you are then required to fulfil a series of tasks in order to make your homestead a fully-working and profitable organisation. Once all the criteria have been fulfilled in one country, the next locale is then unlocked as you use the expertise you have learnt to bring the fruits of your labour to a new setting.

Each day starts with a new objective, with tasks such as planting apple trees, sowing grains of rye and preparing fields for livestock and crops. As well as this main objective, you are also presented with a series of side-quests that reward you with, much-needed, bonus income payments. These can range from buying certain supplies from the local store, using specific machinery and completing your tasks within a set time limit. Although tasked with various objectives, the content of instructional information is very brief, leaving you to make educated guesses as to what equipment is needed and how best to utilize each of the components that are needed to fulfil your specific duties. It almost feels as if you should have some farming knowledge before you play the game, however, saying that, I also felt that most of the game’s enjoyment came from trying to figure out the mechanics from each of the levels objectives. 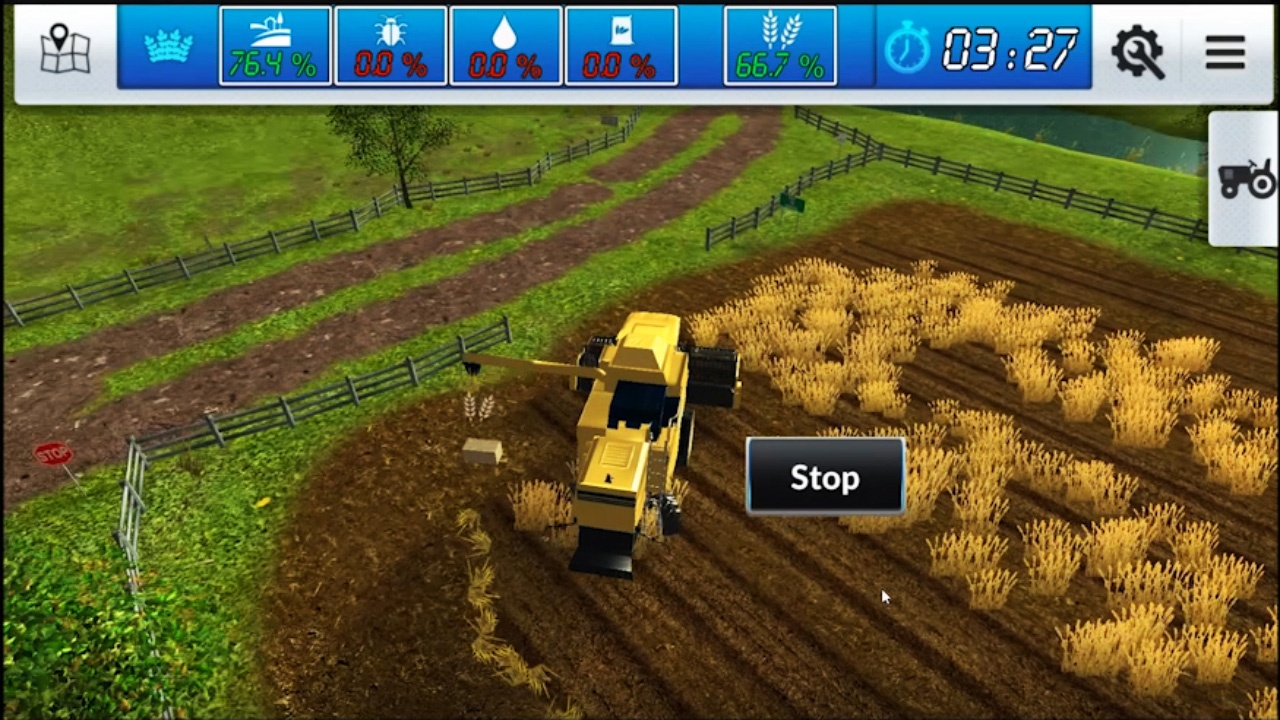 Although touted as a simulator, the game plays more like a hybrid sim/rpg title. Each of the tasks presented to you, as well as working your way through them, contains the feel of a series of side-quests from a much bigger rpg title; go here and collect this, go there and do that. With much of the statistical information, or heavy-laden intricacies often associated with simulation gaming, not being a part of the gameplay, this gives Farm Expert a much more accessible feel to its mechanics. Without the burden of the finer details of farming, this title has a more arcade feel to it, which in turn, makes it a far more enjoyable experience than some of the other farming simulators that are also available on the market.

Entering different areas of your farmland, from orchards and fields to the garage and warehouses, presents you with an easy-to-read and understand information table which highlights the state of the soil, progress of crops and inventory items. This adds an element of ease to the labours of your various tasks, which also creates a sense of accomplishment with each completion of whatever task you are undertaking. It’s easy to ascertain what needs ploughing, watering and fertilising with this simplistic style to the games simulated elements.

Viewed from a top-down perspective, with a slight forty-five degree angle, the three-dimensional presentation of the graphics provides a suitable view of your immediate vicinity within the fields and pastures of the farm. There’s nothing particularly ground-breaking or breath-taking within the game’s aesthetics, but what it does have functions perfectly well to ascertain the differing styles of land. An overhead map provides a birds-eye view of the whole farm, allowing you to quickly gain a bearing of what is the most suitable plot of land for the task in hand or finding directions to the local stores or garages from which to replenish any dwindling stocks. 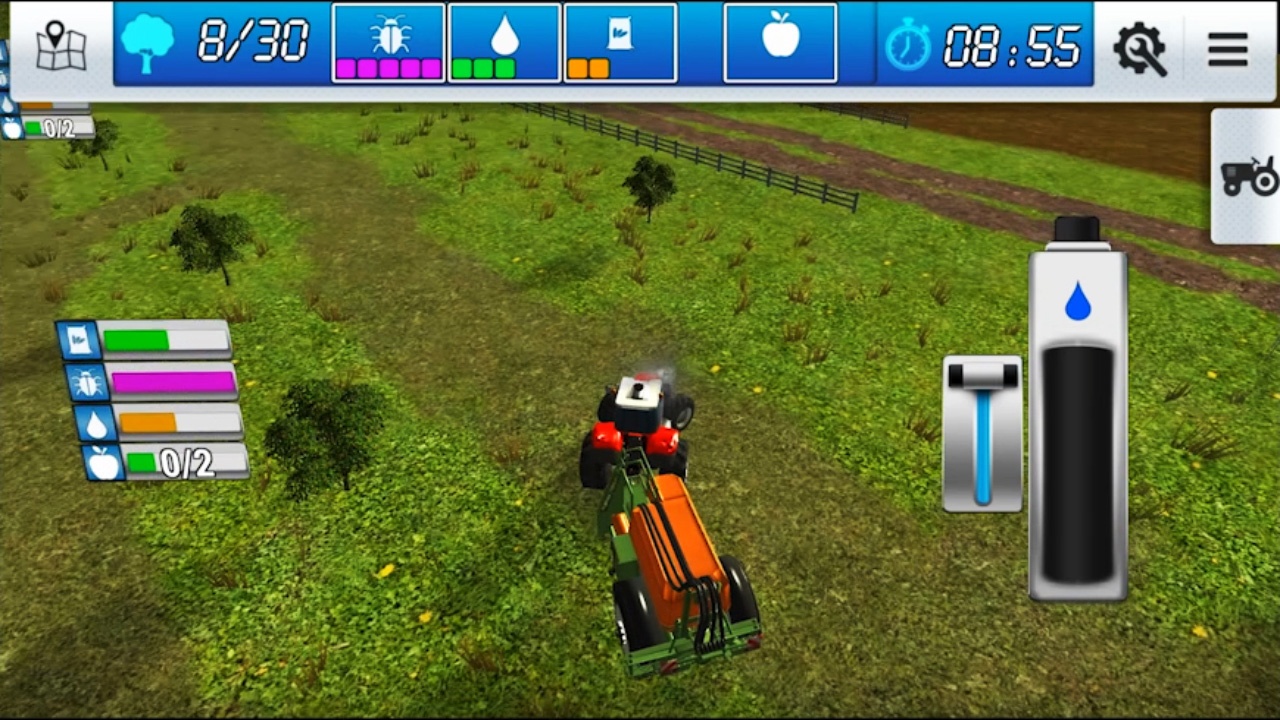 Each of the vehicles on offer can be controlled with the Joy-con’s thumb-sticks; the left one for steering and the right controls acceleration and braking. Menu selections, mechanical utilisations and crop picking is all controlled via inputs upon the touch-screen. It’s very important to note here, that this version of the game does not support docked play or contain pro-controller support. Unfortunately, Farm Expert 2018 can only be played within the Switch’s handheld mode. I found this a strange decision from the developers, as I could find no reason that these missing features could not have been fully implemented; apart from it being a lazy port from its mobile origins. For a title that has supposedly been specifically developed for the Switch, the lack of utilising all of its available features is a crime in itself, as well as alienating a potential audience who may only play within the Switch’s docked mode.

Although touted as a simulation, this is a title that very much provides the feel of a more arcade-style of game, thus providing some moments of enjoyment in fulfilling the tasks that are given to you. However, although each of the four locales provide a variety in their appearance, the feel of each of the objectives remains pretty much the same. Whether you’re harvesting fruit, fertilising fields or breeding livestock, the mechanics of the gameplay remains the same and, ultimately, doesn’t really provide you with an experience that is particularly exciting. This can be further hampered with a few puzzling inclusions, such as where a field may have been prepared, or fully harvested on one day, the following tasks will see the farmland revert back to its original state, making all your hard work and accomplishments seem for nothing. Despite this, there is some fun to be had from this game, albeit in a rather limited form. However, if you’re a casual gamer, fancy playing a title that offers something different and prefer to play the Switch in its portable mode, then Farm Expert 2018 is an easily accessible title that does provide some entertainment. If not, then you may just find this to be a game that you’ll find difficult to plough your way through.