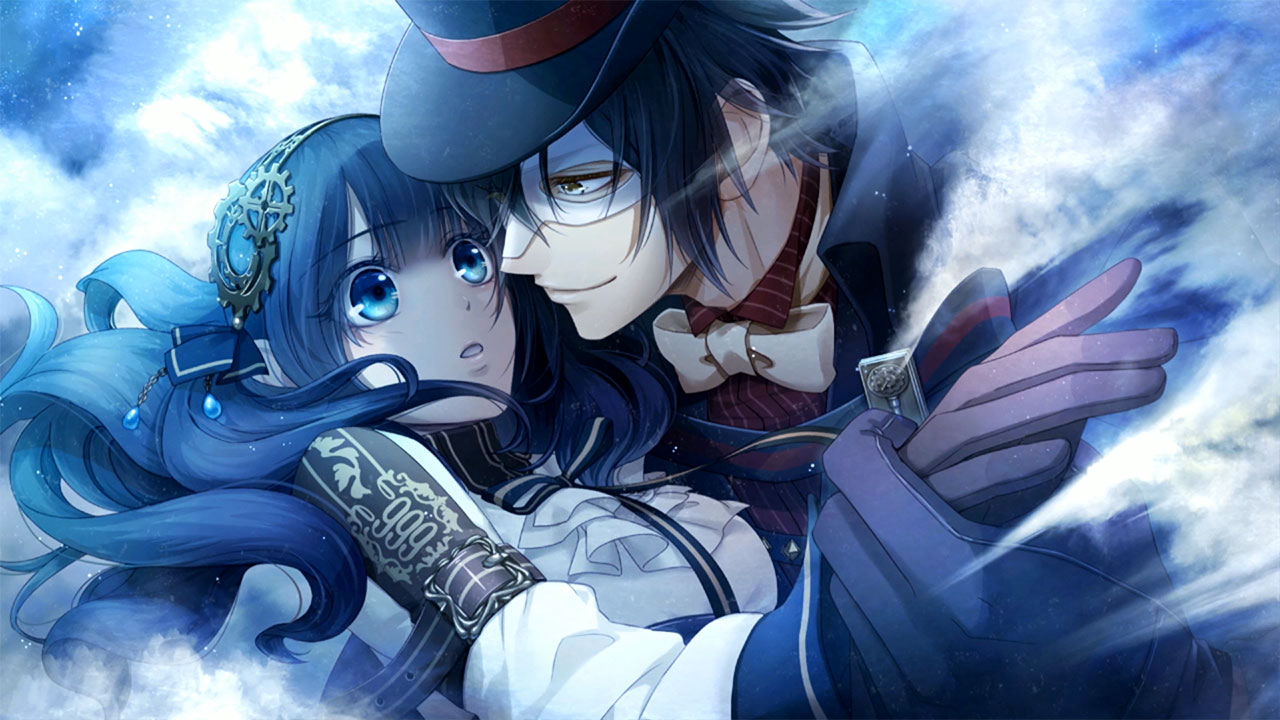 Visual novels focused on romance have gained a rather icky reputation over the years. Ranging from embarrassing examples like Sakura Spirit to games like Doki Doki Literature Club! whose developer grew so tired of the genre’s clichés that he decided to tear them apart, it can be difficult to put faith in a title amongst its ranks, let alone take it seriously.

For this reason learning that Code: Realize − Bouquet of Rainbows was not only an otome game (a story-based visual novel aimed at women), but also featured a steampunk setting and a cast of well-known characters from other sources (such as Arsène Lupin and Victor Frankenstein) was a somewhat terrifying discovery. As bizarre as it may sound however, actually sitting down to play the game in spite of this preconception might leave a player with some historic knowledge, a good laugh, and a genuine investment in the story and characters, provided of course that they know what they’re getting into. 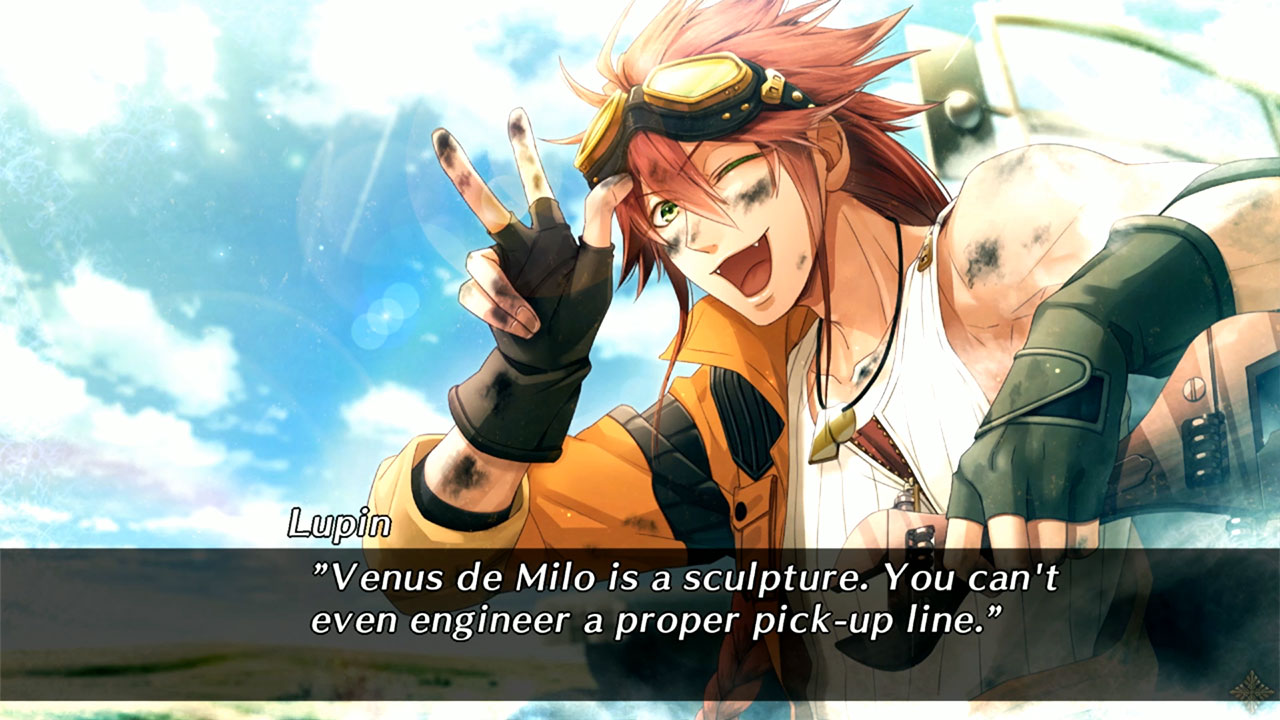 Set in a Steel London, protagonist Cardia is shunned as a monster, cursed by a poison in her body that melts everything she touches. Alone and confused she is stolen away by Arséne Lupin, and decides to assist him and his allies on the hunt for her mysterious father. Though at first the writing jarringly flits between present and past tense, it quickly settles into Cardia’s perspective and becomes consistent. Cardia’s characterisation is surprisingly apparent, something many romance games struggle with, as she has clear opinions and decisions and becomes an active character in the story.

But the game truly shines where it matters: in its promised suitors. All of the men are likeable with well-written dialogue that a player can really be drawn to. The only character with questionable writing is Impey, who can become annoying with his constant attempts to woo the protagonist, coming off at best determined and at worst creepy. He does improve however, and each character is interesting enough to warrant time spent with them, likely leading to multiple save loads for everyone’s scenes.

An unexpected truth of the game is, though it puts its stock on forming relationships, it actually takes its time easing the player into the story and world before the option to spend time with the suitors is opened up. While this allows the player time to get to know the main cast before choosing who to romance, those seeking a cookie-cutter dating sim will likely be put off by the games’ relaxed pace, even if the wait is worth it. 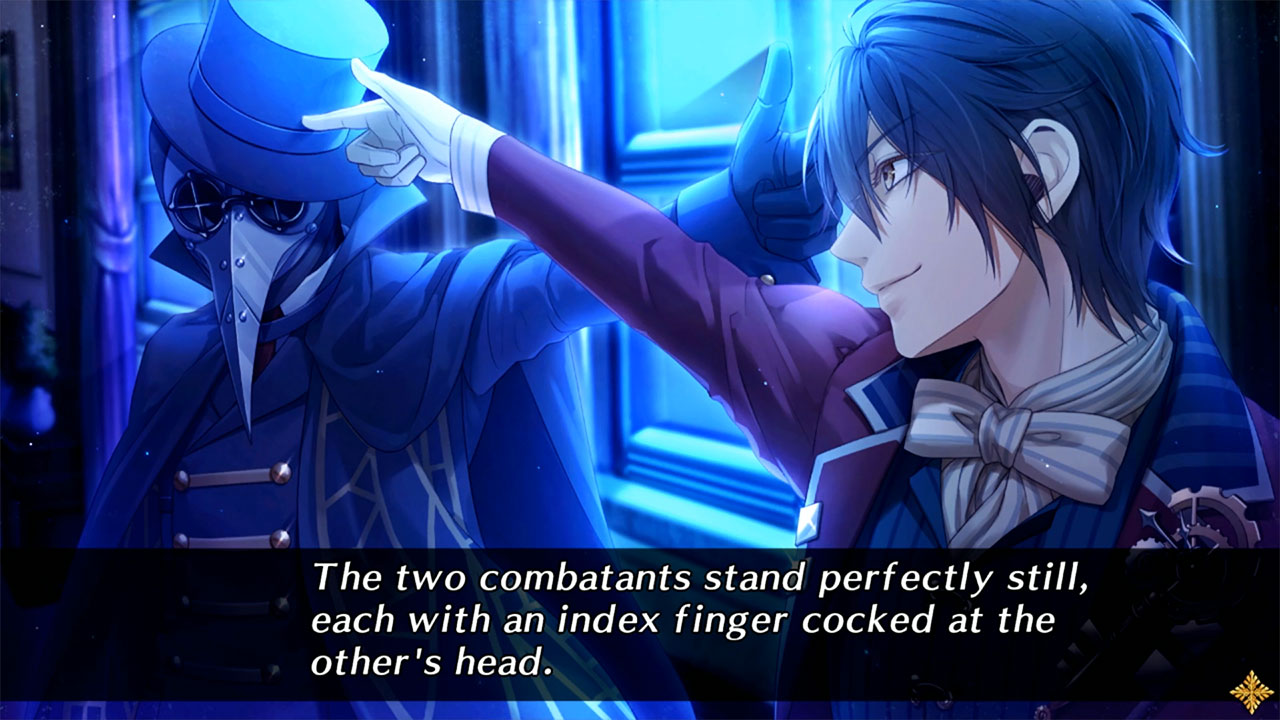 With regards to gameplay, Code: Realize follows the established visual novel formula with the player mostly pressing through dialogue. An interesting feature is the glossary which offers short descriptions for key words in dialogue, however it tends to explain these details from a real-life perspective, and this can cause a disconnect from the game’s world. Other than this issue most of the implemented features work well, such as the option to rewind to past dialogue and witness it again.

Visually the game is an absolute treat, especially to lovers of steampunk artwork. Using mostly character sprites and backdrops, it is clear that every inch of the artwork has been lovingly crafted with striking detail, making the occasional still drawing look all the more beautiful. Add a catchy, though at times cheesy soundtrack and full Japanese voice acting, there is a striking amount of love and effort placed into the game. For those who enjoy visual novels Code: Realize – Bouquet of Rainbows is an easy recommend, and perhaps even a good place to start for those who want to try out the genre, regardless of prejudgement.

For those who enjoy visual novels Code: Realize – Bouquet of Rainbows is an easy recommend.