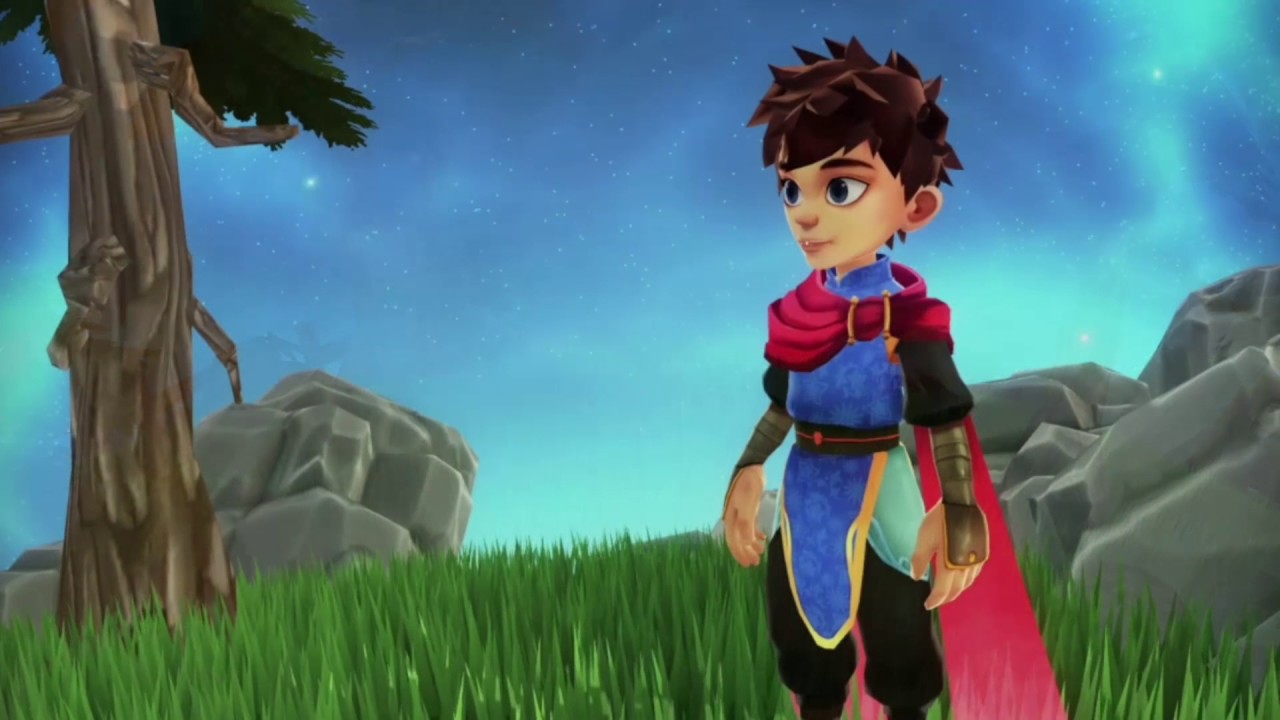 Over the last year I have played dozens of games, with no exaggeration. And while doing so, I have noticed a trend – a trend, which many people are not willing to admit it exist. And the said pattern is mainly concerned with the fact that the so called gamey-games, are the only truly good, and exceptional titles on the market. And games such as God of War, Horizon: Zero Dawn, Deadbolt, and Call of Duty, are vastly superior to the incredibly boring and artistic games such as Dear Esther, Gone Home, What Remains of Edith Finch, and most importantly the recently released Deiland.

Deiland, as described by the developer, is an adventure game with minor RPG elements, situated within a miniscule open-world sand box environment. And on paper, it sounds great, as many would love to play another adventure game, in an open world, especially on the back of the recently released, God of War. However, in practice, Deiland is a title which is vastly different to its official description.

First and foremost, Deiland is what one would call a glorified farm simulator with crafting elements. As while playing Deiland, you’ll spend 90% of your time planting carrots, cutting down trees, crafting tools, and quite frankly getting bored to death. Yes, the title in question features some combat, but such is incredibly simplistic, can be easily exploited, and ultimately is nothing more than a nuisance – but hey, at least it is not as boring as all of the titles other features. 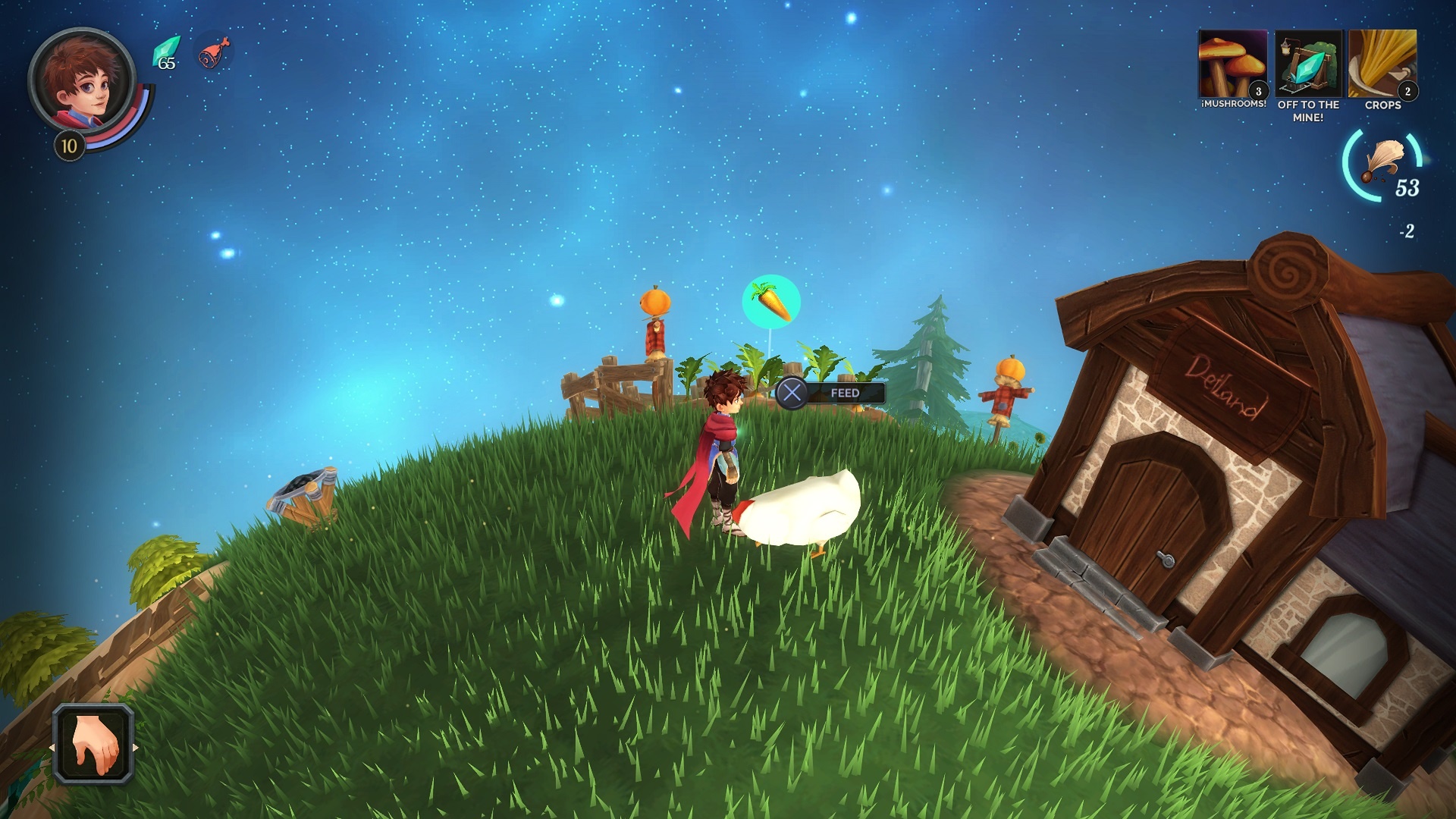 Now that we have established that Deiland is not a particularly fun game to play, it is time to dissect its claim to being a ‘’minor RPG’’. Deiland just like all RPGs, and even some action-adventure titles such as Horizon or God of War, features a levelling system backed by an experience mechanic. Meaning that every time you do enough tasks, which include mining and farming, you will be allowed to level up your character. And once you do so, you can’t simply pick whichever skill or ability you want from a skill tree – no, you can only pick which attribute you want to improve from one of the two cards which show up on your screen. Which feels incredibly disappointing, as in the large scheme of things, being able to only one-up one of your stats after an hour of grinding feels incredibly underwhelming.

While playing Deiland, you will mostly be overwhelmed by boredom, as the title in question is simply incredibly uninteresting. However, its biggest crime against humanity isn’t boring you to death, but its heavy use of the random number generator, which turns the otherwise boring experience, into one which can drive one to a fit of rage, as seemingly the title in question does everything it possibly can to make your experience as tiresome as possible. 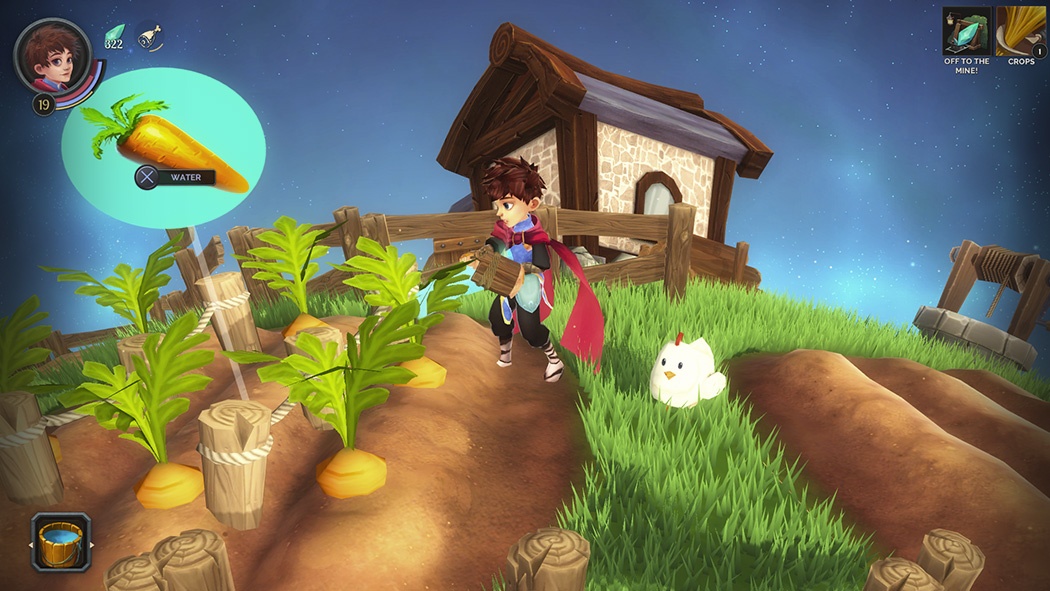 From farming, through mining, all the way down to the quote-on-quote combat, all of Deiland’s mechanics are based on a random number generator, meaning that whenever you pick up your crops, or mine a rock for minerals, you are never guaranteed to get a certain amount. Hell, while mining you can spend as much as an hour before you even get half way to your next construction goal, as necessary materials such as minerals and steel, are awarded at random. And such mechanic, in this day and age, is simply inexcusable, as it has been implemented to artificial extend the otherwise rather short playtime.

Deiland is a £11.99 indie game, meaning that it falls in the category between the minor and major indies. However, in its core scope and scale, it is nothing more than a £7.99 throw away game, you buy to waste your time every now and then. And while it does possess some narrative elements, all of its other features, most importantly the title’s open-world, are incredibly underwhelming, and disappointing. And in truth, Deiland’s open world is a great analogy for the title as a whole. As it is miniscule and largely insignificant, and if not for all the filler and randomly generated objects, it would lose its appeal not within minutes, but seconds. And Deiland, unfortunately is a title which loses its appeal in a blink of an eye.

In truth, there is nothing inherently wrong with Deiland. It turns on without any issues, its visuals are of reasonable quality, and in general it feels and plays fine. But this is exactly where all the issues with Deiland lie, because it is nothing more than ‘’fine’’. It is an incredibly simplistic farming simulator, which for some unknown reason insist to be something that it isn’t. And if it were released as a £7.99 farming sim, without all of its tiresome elements, then it wold be possible for me to go as far as to recommend it to others. However, Deiland is not a cheap timewaster, it is everything but that. And unfortunately when all of its factual elements are put together, it is nothing more than a collection of ideas, which are put together into an incredibly boring, and uninteresting package, which will get lost within the depths of the PlayStation Store within days.