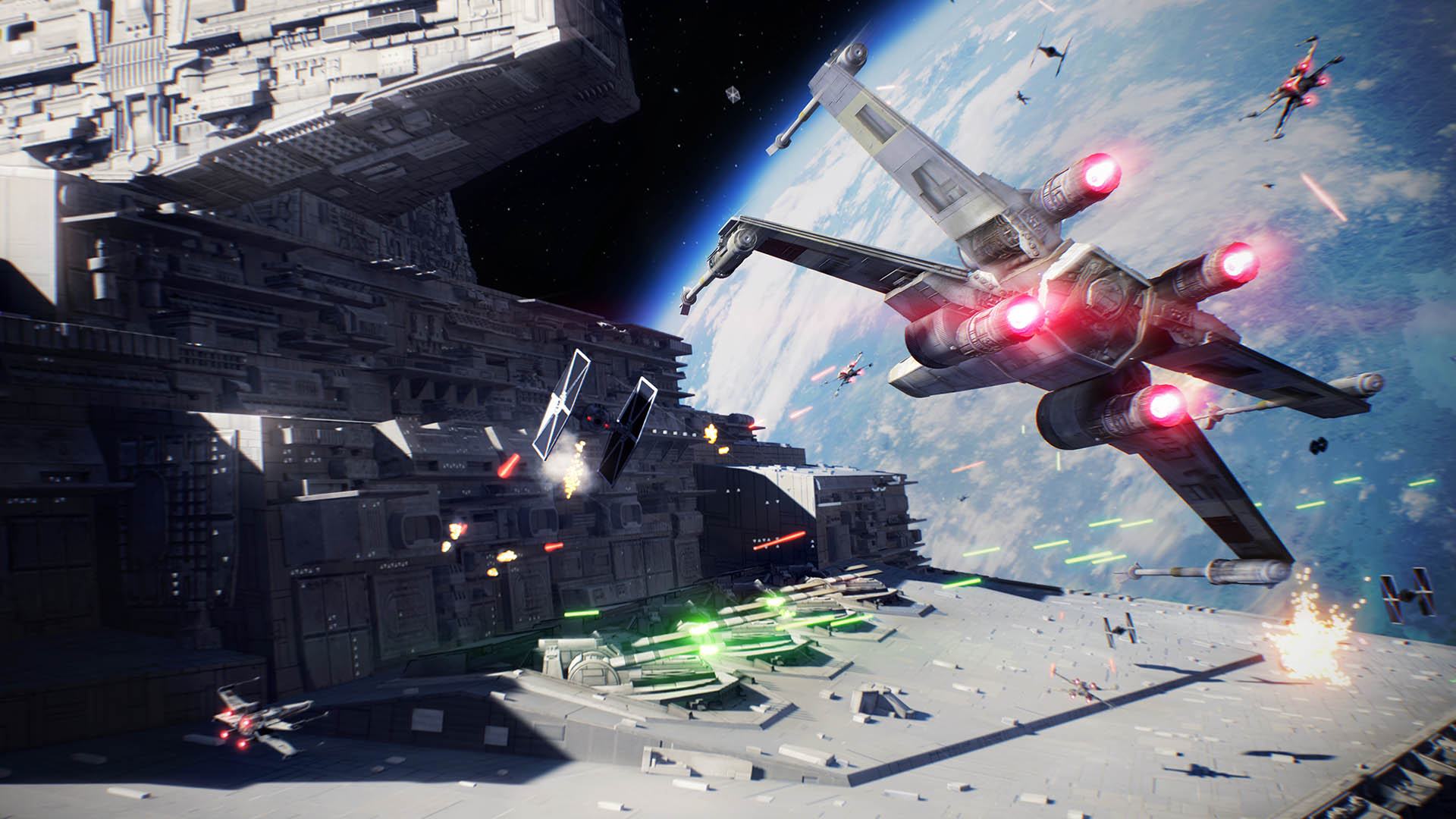 Not so long ago, in a not too distant galaxy, Electronic Arts released the much, anticipated sequel to Star Wars: Battlefront on all of the major gaming platforms. However, due to some questionable corporate decision making, the expected fanfare turned sour very quickly when they incorporated a micro-transaction element that gave certain players a paid advantage over the majority of other users. With a backlash of unprecedented scale, this feature was quickly removed from the game, but unfortunately, the damage had already been done and the game had become significantly tarnished. Now, six months after its original release date and with various attempts by EA to repair the irreparable, it seems like a good time to take another look at Star Wars: Battlefront II.

With EA’s first outing into the Star Wars galaxy, Battlefront, their game was largely criticised for not containing enough of a single-player component. However, with Battlefront 2 this issue has been addressed with a fully-fledged campaign mode. Following the exploits of Irden Versio, an imperial Special Forces commander, you explore the events that take place between Return of the Jedi and The Force Awakens. It’s an exciting premise that, for the most part, provides an excellent furore into the Star Wars universe. However, despite some truly impressive graphics, set-pieces and scenes, the story as a whole feels as if EA have tried to cram too much into it. The story is far too clichéd to bear any real relevance and contains too many inconsistencies in the lore of the sci-fi spectacular. Saying that though, it really does provide a spectacle that is incredibly immersive and oozes with a true feeling of the magic of Star Wars.

Upon its release, the story was heavily down-trodden with a less than satisfactory ending that didn’t do the main protagonist of the piece any real justice. However, since then, the campaign has been bolstered with an additional story, Resurrection, which charts the events that follow the main campaign; as well as extend the timeline to the point where The Last Jedi begins. This extra inclusion of Irden’s story brings with it a closure to the story that is far more satisfying than its first outing. Overall, this addition of a single-player element to the Battlefront franchise is a welcome one, especially with its new continuation, that gives the player a vast amount of opportunity to fly iconic spacecraft and control heroic characters; although you still can’t escape the feeling that EA have simply tried to cram too much into the mechanics of their story, thus making some elements feel slightly overcrowded and unnecessary in their execution. 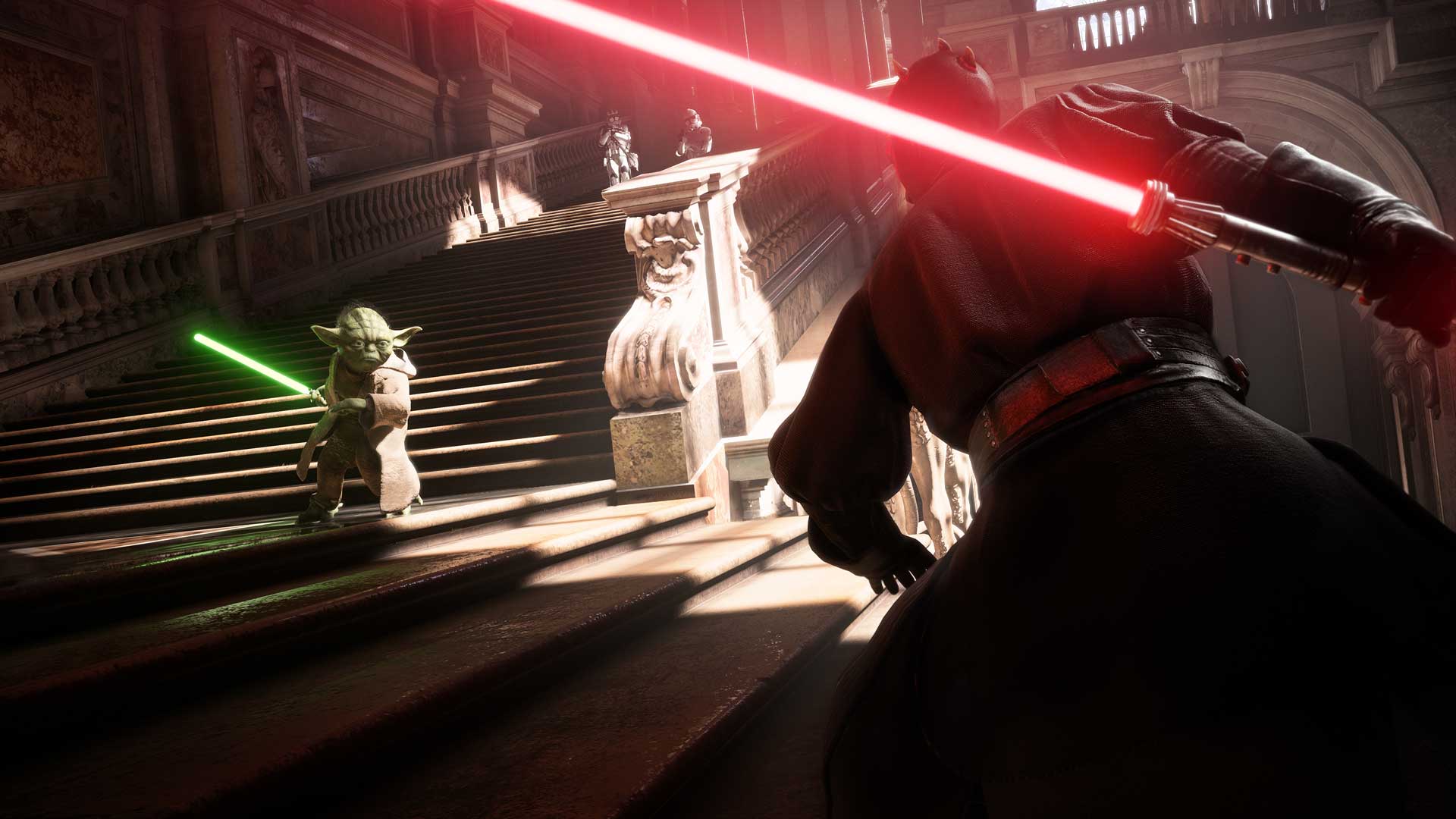 As well as the inclusion of the single-player campaign, Battlefront 2 also contains an arcade mode that can be played solo, or locally in a two-player split screen in either a co-operative, or competitive style of play. Taking place over a variety of iconic settings and scenes, you are tasked with eliminating a set amount of enemy troops to achieve victory; with some levels providing a style of time-trial elements to add to the challenge. Again, it’s a nice inclusion, although it does feel a bit cheap if playing solo. However, the ability to play locally in a multiplayer setting greatly enhances this mode, providing endless hours of entertainment.

It can’t be argued though, that the main staple of the Battlefront franchise lies in its epic multiplayer battles. Depending on what mode you play, from the expansive Galactic or Starfighter Assaults to the smaller skirmishes of Strike and Blast, these modes can cater for up to forty players. The assault modes here, are truly impressive in their scale, creating intense action with full-scale battles that incorporate both ground and air combat. With maps that cover iconic locations, along with some new, free downloadable content, these modes provide a setting that spans the entire Star Wars saga, including the latest film, The Last Jedi. Again, these contain truly immersive qualities in their presentation and execution. The scale and intensity of these battles create thrilling affairs that, although you may need to respawn a lot, gives you the feeling that you really are contributing to the cause of whatever side you may be fighting for; whether that be in a supporting role, assaulting, providing air cover or fighting as a hero.

The smaller skirmishes can be just as exciting as their bigger counterparts, too. This is mainly down to level design and objective based play that provides many choke-points, which in turn, adds a sense of urgency in their team-based mechanics. In a way, these smaller modes are a good way to get a feel for the game and its various weapons and functions, before going all-out in the full-scale battles of their bigger brethren. Being nearly six months since its original release, you will undoubtedly come across more experienced and fully equipped players on the battlefield if you’re a new player to the series. However, as with pretty much most games, prolonged play will better equip you, as well as provide a way of learning the outlay of the various maps and how best to deal with certain situations. Just give it time and you’ll be up there with the best in no time, or at least providing an effective role in the combined efforts to achieve your team’s objectives. 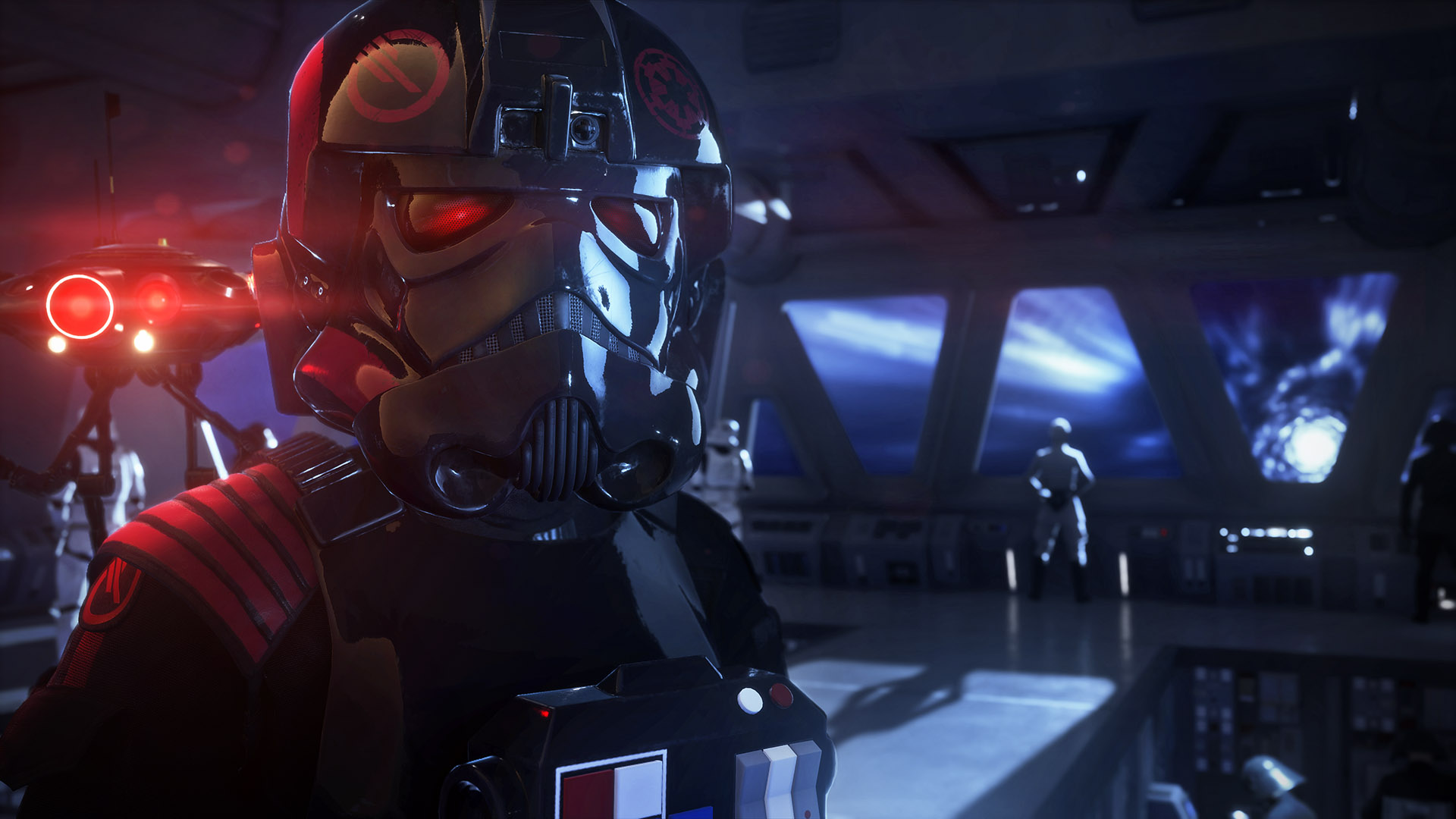 However you play, whether primarily solo or in the game’s full multiplayer capabilities, you are awarded a variety of components that help you to level up and better equip yourself. These come in various forms such as credits, XP and skill points which are then used to purchase cosmetic additions and star cards, which add extra abilities and items that you can use. These all add to create an extensive depth to the game which keeps you playing as you unlock further enhancements. These are further bolstered by crates, daily rewards that contain credits, as well as emotive qualities for fulfilling certain criteria in-game and a progression system that keeps track of all of your stats; achieve a set amount of kills with a certain weapon or spacecraft, and a new one will unlock or upgrade. It’s an addictive formula that simply keeps you playing.

Overall, it cannot be denied that Battlefront 2 provides the most definitive experience of the Star Wars universe to date. Despite its shaky start, EA have tried to correct their mistakes; although, for some, it may too little too late. However, you’d be a fool to let this detract you from what this game has to offer. It’s simply thrilling, enthralling and addictive and offers an immersive style that many games can fail to reach; especially if you’re a die-hard fan of George Lucas’ saga. Micro-transactions have been re-instated, but purely in a cosmetic purpose that no longer gives paying players an advantage on the battlefield. With the extra addition to the campaign, thus saving it from its own demise and the inclusion of maps and settings from Disney’s latest film, The Last Jedi, there is a staggering amount of content and depth that will keep you playing for many months, even years, as long as EA keep updating the game, as they have promised and keep the servers alive. Although the game provides a fun experience, there are certain elements that aren’t perfect, such as an incoherent campaign and lacklustre hero capabilities, making Battlefront 2 not quite reaching the full potential of its destiny; yet, despite this, this is easily a game that is strong in the ways of the force and, whether you’re a Star Wars fan or not, is a game that simply can’t afford to be missed.