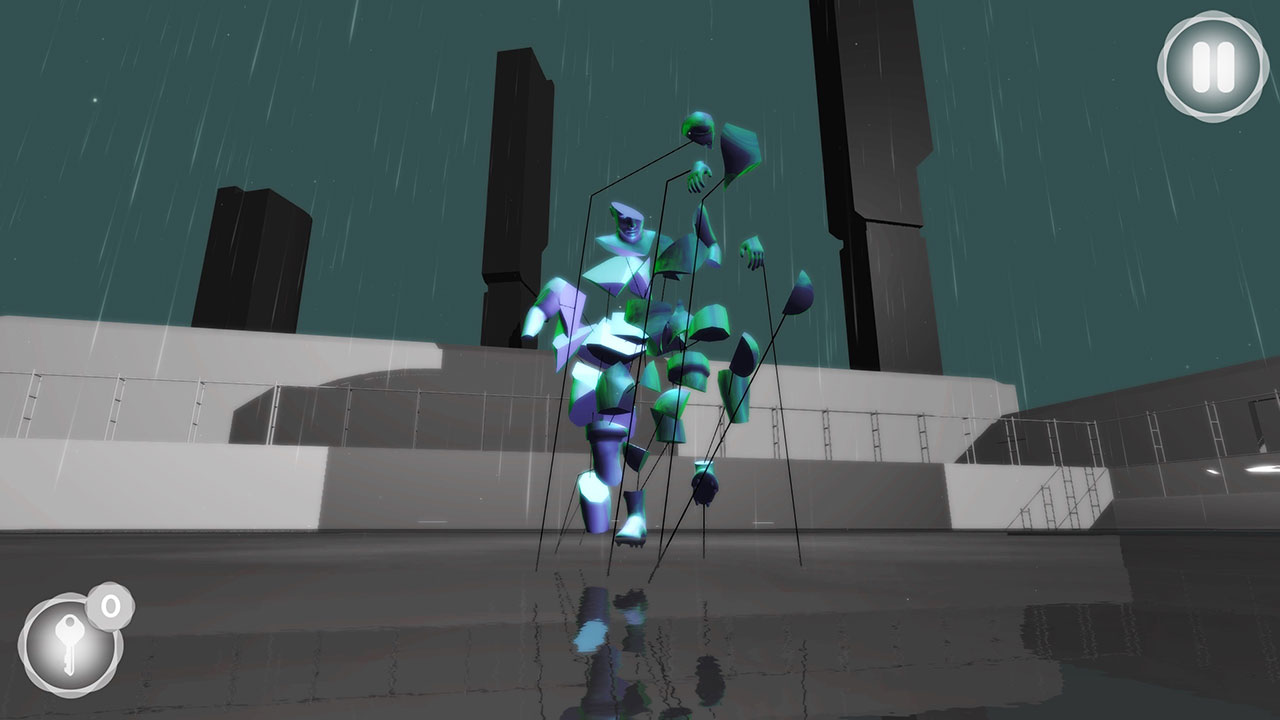 Life is full of angles. The angle by which you approach a given situation, the angle of a story and the angle by how you view things; there are even the mathematical varieties. There’s no escaping them and now you have them on the Nintendo Switch as Perfect Angle, a puzzle game developed and published by Ivanovich Games, slopes a release onto the console’s eShop.

Although primarily a puzzler, the game also incorporates a story that sees you piecing together the fragments of memories from someone who is suffering from amnesia. Presented in a series of still-frames, with narrative voice-overs and a textual context, the story builds as you complete a set series of puzzles, each one having a direct bearing on the memories that are recollected through the shape of certain objects. This is achieved by lining up fragmented pieces, or casting shadows from a series of seemingly redundant shapes that all form together to create a new object; depending on the angle on which you view them.

A direct quote from the developers labels this title as solving ‘over one hundred puzzles through scenarios with no apparent structure or logic’. Unfortunately, never has a truer word been spoken. Your journey through the mind of the protagonist sees you traversing city landscapes, corridors and tunnels that present you with certain puzzles that are housed within rooms or outside locations. Each of these transitions are conducted automatically, with no control on where your next location will end up. The presentation of these locales bear a similar resemblance to a rather low-res depiction of Mirror’s Edge and seemingly have no relevance to anything within the story; which seems a strange inclusion and ultimately, feels a bit bolted on. 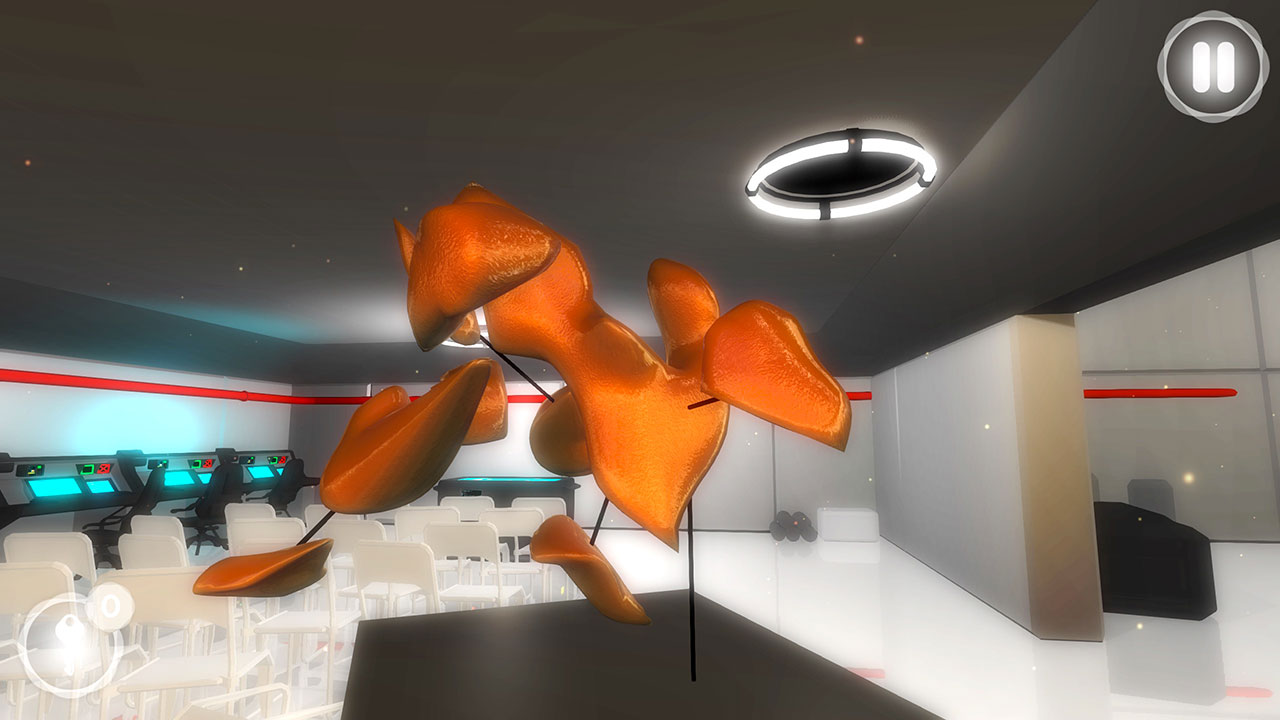 The same can be said for the story element too, as its presentation creates a flow that is disjointed and far from succinct. This does create a sense of playability, in a loose sense, as it forces you to play on in the hope that the story begins to make some sense at some point in its execution. I won’t tell you if it does or not, as this would be promoting spoilers. However, I will re-quote the developers again: ‘scenarios with no apparent structure or logic’.

The puzzle sections of the game do fare better than the story, but only just. These are presented in a form that sees you positioned in a room or other location; but mainly in a room which contains some form of optical illusion. These can be in the guise of fragmented pieces, twisted forms, everyday objects and printed surfaces. In order to bring a visual sense to the illusionary qualities of the puzzles, you have to manoeuvre the camera, or viewpoint, to a position where either all of the pieces, or some of them form together to create a recognisable picture or item. These come in a variety of poses, such as fragments that form a solid, reflective shadows, lining up different parts of pictures or simply positioning items to create a shape within the gaps or backgrounds of your present setting.

Some of these puzzles are very cleverly implemented, with some truly astounding optical illusions. However, these are also interspersed with a number of lacklustre, meaningless and downright weird examples too. Despite boasting a roster of over one hundred puzzles, the way in which they are executed soon becomes monotonous as you find yourself solving certain puzzles within identical looking rooms and identical methods of solving them. Saying that though, there are a fair number of illusions that offer a very real challenge and do present some fun in their method; with some puzzles containing pieces that are irrelevant and others which require disposal with the use of a shooting mechanic. Should you find yourself stuck on a particular pose, then you are able to call upon a number of hints that offer guidance such as the shape you are looking for or if you are looking along the right path. 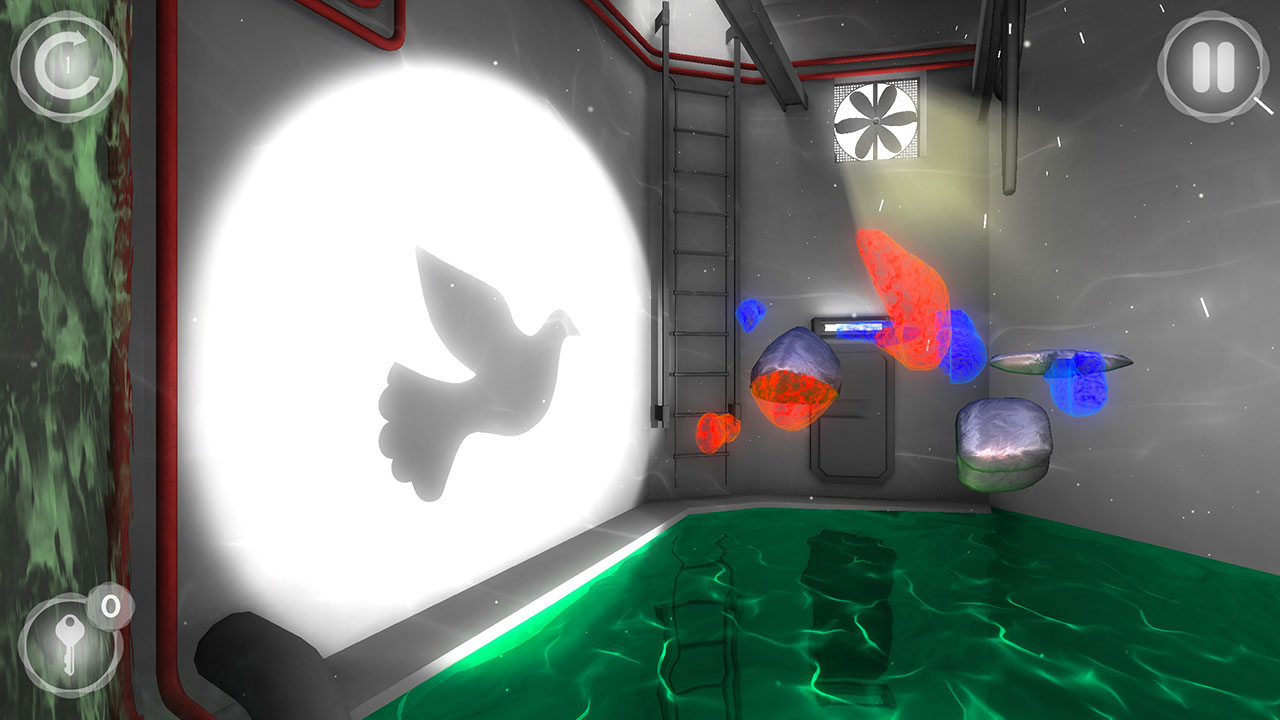 The shapes that you create work towards recalling the lost memories of the story’s protagonist. Once a series of two or three puzzles have been solved, you are then presented with a rather shaky cut-scene that outlines the recollection of events. However, although the items you solve do appear within the context of these cut-scenes, there are a large variety that have no relevance or bearing on the events that unfold; often just playing a background part in the images on-screen. This felt very odd to me and promoted a feeling that solving the puzzles of the protagonist’s mind was rarely a worthwhile experience. It almost feels as if the developers had run out of ideas the further into the game you venture.

The overall presentation of the game doesn’t fare much better either. Its graphical presentation reminds me of the old PC-to-console ports from the nineties. The transition from room-to-room follows a quick reel of video footage that looks plain and ugly; with a slightly grainy aesthetic to them that just looks out-of-place in this day and age. The same applies to the colour palettes used throughout too, with the majority of presentations bearing a monotony of dullness that renders everything lifeless. Sound effects are minimal, but functional and a soundtrack plays throughout with melodic tones that soothe with the pace of the game. However, it constantly plays on a loop and its piano tinkerings will, again, grow tiresome.

Overall, Perfect Angle isn’t a bad puzzler, in terms of presenting puzzles. However, in terms of execution and presentation, the game feels lazy with a large dose of repetition and tacked-on elements. The story itself is lacklustre, both in terms of themes and plots and its format of presentation produces images that blur and flicker; promoting a queasiness in watching them unfold. The puzzles themselves can be a bit hit-and-miss. It all starts off really well, with some jaw-dropping experiences, but it soon becomes lost in its own premise with its repetitive nature and monotony of their solution. Although the game contains over one hundred puzzles, this amount of content isn’t going to last long. Admittedly, this depends on how long it takes each individual to solve the puzzles, but on average this is a game that most people will be able to complete in just a few hours. However, this does make it ideal on a casual level and suits the portability of the Switch. I get the idea of what the developers are trying to achieve with this game and, for the most part, it does work, it just feels let down in its execution, which is a shame as the fundamentals of the game are actually quite sound, but this doesn’t stop the fact that, from whichever angle you look at it, this is a game that is far from perfect.