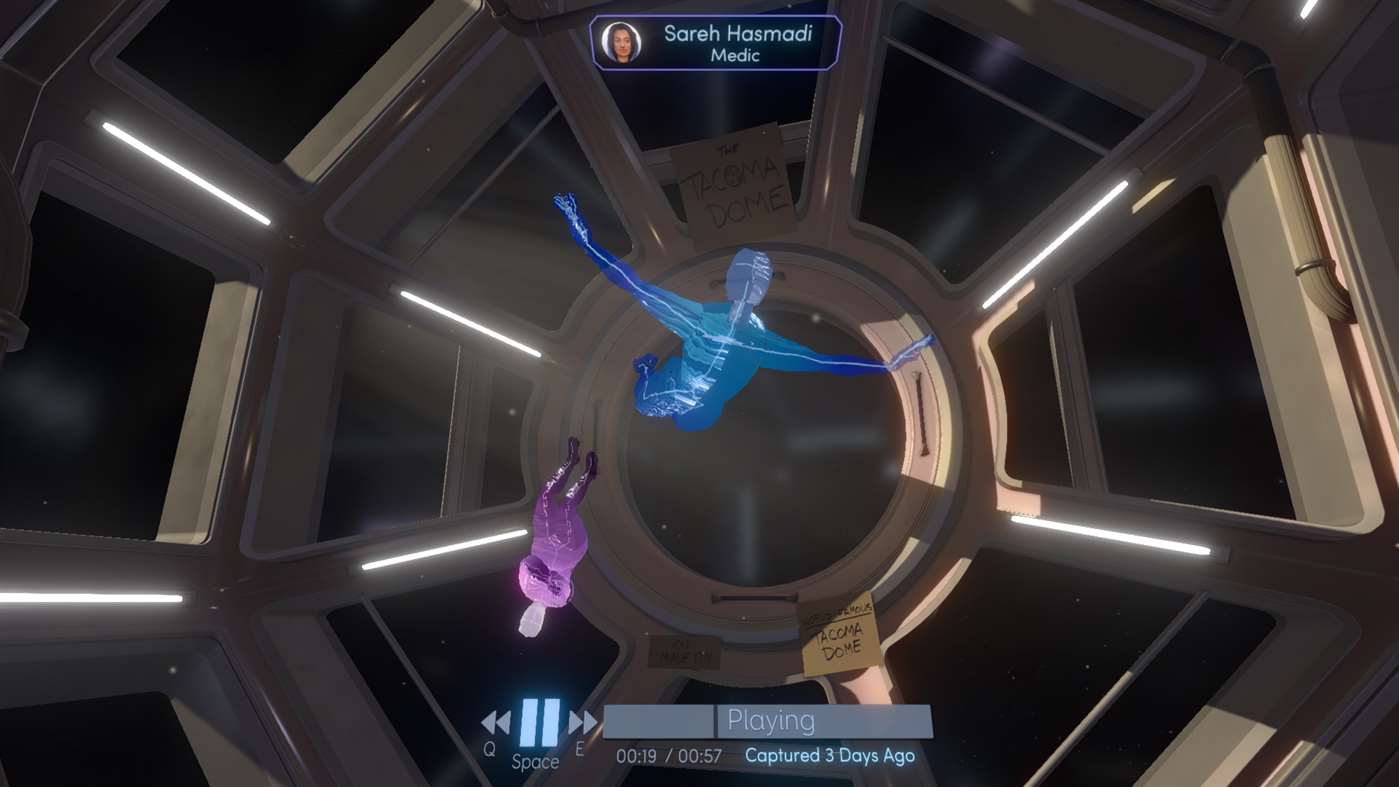 Walking simulators used to be an oddity within our industry. In fact, they were so incredibly alien at first, that most didn’t even consider them to be ‘video games’. However, with time, we’ve all adapted to the narrative heavy experiences, and have grown fond of titles such as Everybody has Gone to the Rapture, and Ether One. But no matter how much praise one would send the way of walking simulators, he/she could never call them interactive – as for the most part all the games of the aforementioned genre provide the consumers with an inherently passive experience.

Stylistically, Everybody has Gone to the Rapture and the more recent What Remain’s of Edith Finch are both second to none. However, the vast majority of casual and hardcore gamers would describe these two particular tiles as immensely boring. As ultimately, 99.99% of titles of this particular genre are nothing more than animated films, where you control the camera. However, as you might have already guessed there are exceptions to this rule, as titles such as ADR1FT, and more importantly the recently released Tacoma have proven that it is in-fact possible to create a walking simulator with just the right amount of interactivity.

At first, Tacoma appears to be just another low IQ walking sim, where you just trot thorough the environment pressing random buttons, while listening to unenthusiastic voice actors reading dull, and soul-destroying lines from the script. But with every passing minute, Tacoma introduces ever new elements which transform the otherwise passive experience into an actual video game. And at least to me, this is incredibly surprising, as Fullbright’s previous title, Gone Home, was nothing more than a thirty minute long amateur movie. 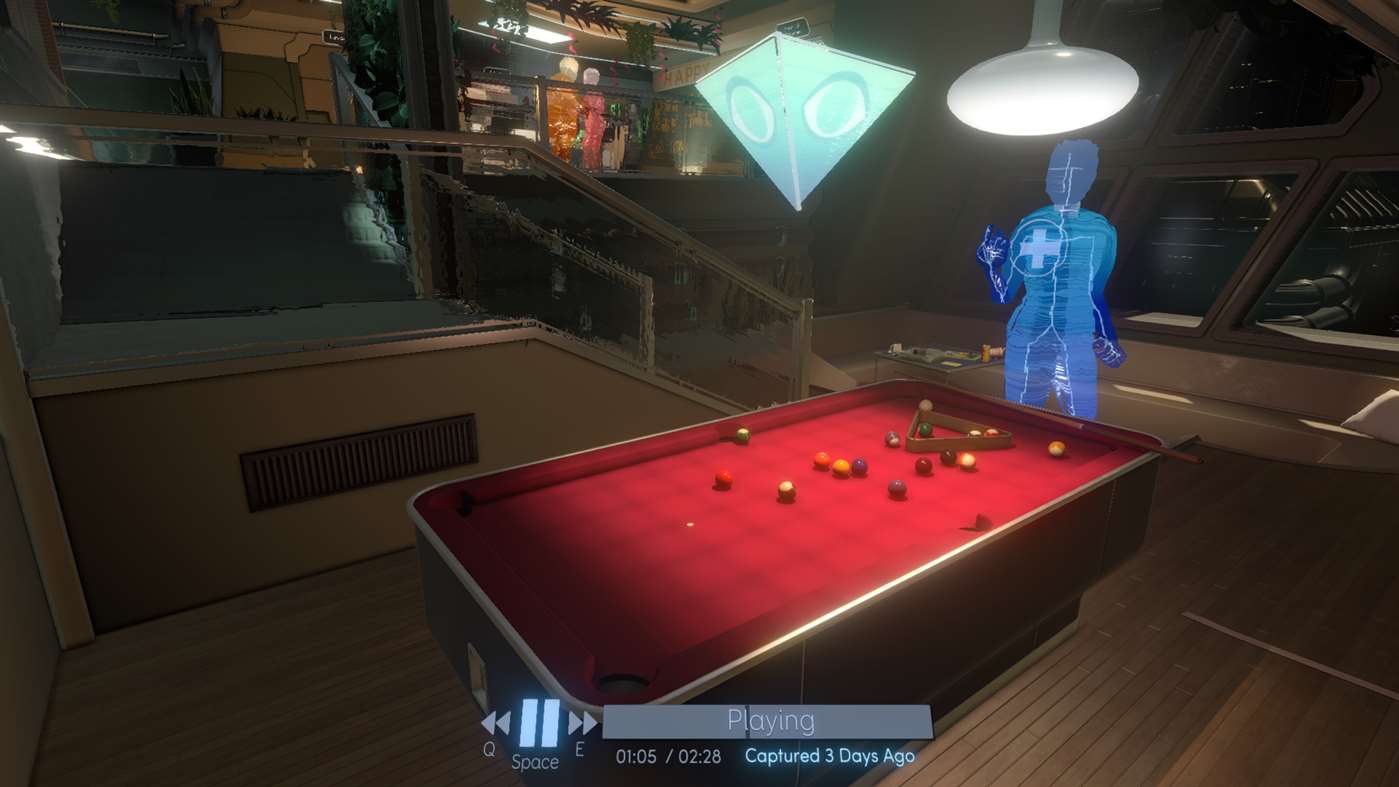 Within Tacoma you’ll encounter numerous augmented reality memories, which are like holographic replays of a CCTV footage. And while in and of themselves, they’re are nothing more than audio-logs with visual aids, they do feature numerous puzzle like components, which require you to interact with certain holograms at certain times, in order to gain useful information such as pass codes, and back-story to in-game events. And in a way, they are an introduction to each area of the titular Tacoma space station, and puzzles held within it.

Tacoma may not be a completely passive experience. However, its interactive elements, while adding some variety to the gameplay, are incredibly formulaic. And each end every segment of Tacoma, is seemingly exactly same, but only differs in lay out, and visual representation. You start with implanting your tablet within a security module, and then proceed to an area you just unlocked. Afterwards,  you listen to what all the holograms have to say, and with the data gathered, unlock numerous terminals, drawers, and lockers. Once you’re done, you withdraw your tablet, and repeat what you’ve just done three more times. And after an hour or so, you are free to go.

As a game, Tacoma goes from zero, to hundred, and back to zero – within a blink of an eye. As unfortunately, its interactive elements rapidly turn from satisfying pace breakers, into soul-destroying chores. And by the time you reach the final stretch of Tacoma,  you’ll be bored to death, and will most likely rush through the final moments of the title, just so you don’t have to sit and wait while a group of colorful ghosts converses seemingly about nothing.

Personally, I’m not a fan of how Fullbright have handled the interactivity of Tacoma. Sure, it is nice to play a walking simulator which is not just about walking, but at the same time, most would rather just walk through Tacoma – the space station –  while simply eyeing its incredible environments, instead of having to deal with the in-built chores of the title. And Tacoma, as a title, would greatly benefit from a sandbox mode, where players can simply travel across the space station, while simply observing the eerie natural beauty of the space station, which does not only feel authentic, but also genuinely lived in. 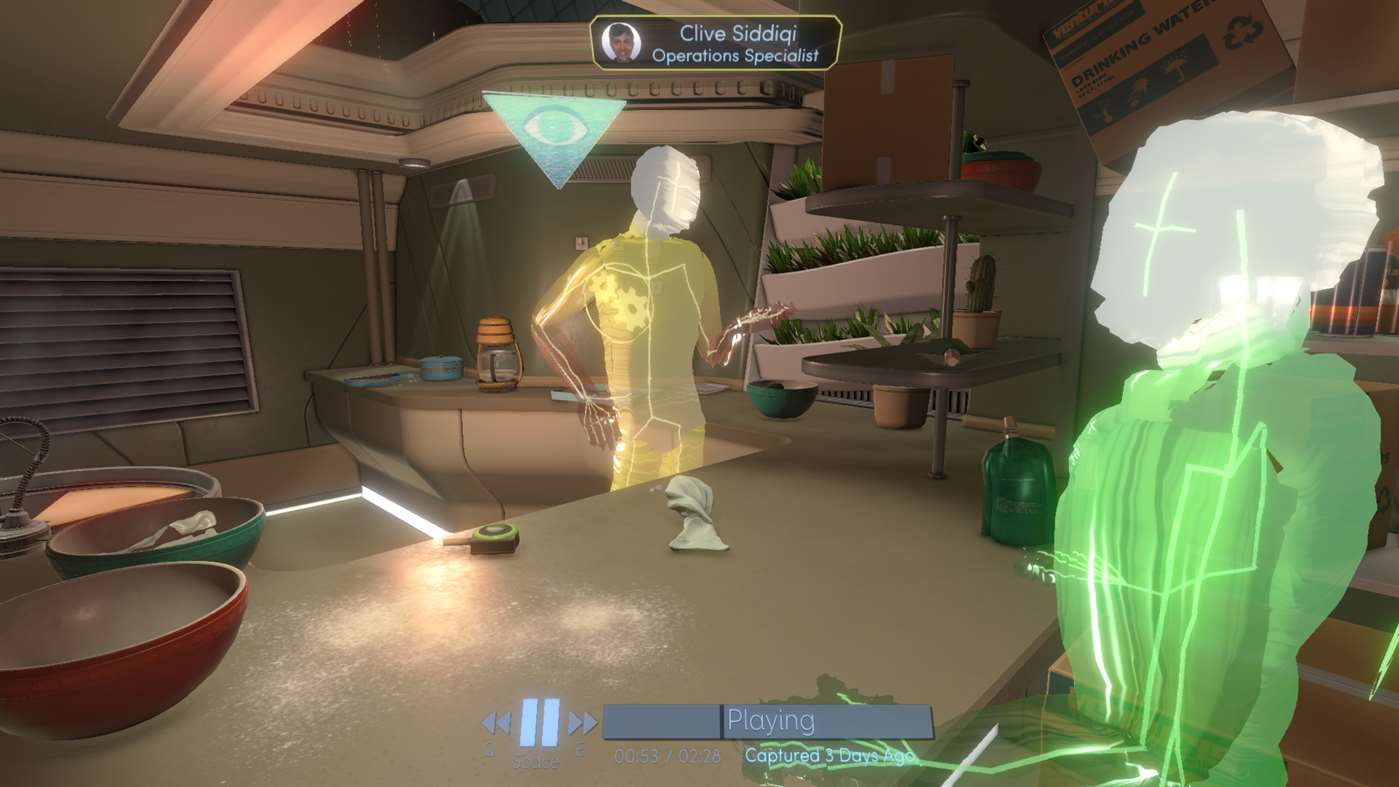 Tacoma may not be as ground breaking visually as God of War or Horizon Zero Dawn, but it has that charm which will keep you in constant awe of its refinements. And in truth, the beauty of Tacoma lies within its details, as elements such as spilled flour, empty packets of space-food, and abandoned bottles of medicine, are what ultimately make this particular title click. And I’m sure that in VR, Tacoma would be an incredible spectacle, but I’m not quite certain if Fullbright would be capable of porting their title to VR platforms, as the PlayStation 4 version of Tacoma, is rather poorly optimized.

Initially Tacoma worked like a charm, and word initially is incredibly important here. As with every new area, Tacoma’s performance has been slowly, but steadily declining. The initially smooth frame-rate has soon turned into a rather choppy mess, random loading screens would appear out of nowhere, and lastly, due to the title’s unstable frame-rate, it would from time to time drop my inputs. And while all those issues are serious enough to warrant being mentioned, they are nowhere near as catastrophic as what came after.

Tacoma, for some very unknown reason, is technically incredibly unstable. And I’m not talking here about the above-mentioned dropped frames or inputs, but screen stuttering which turns the title into an absolute slide-show – which renders the game completely unplayable. And I’d like to say that when this occurs, Tacoma runs at one frame per second, but in truth, it runs at a much lower ‘frame rate’. And to top this all off, whenever this issues occurs, it ultimately results in the title crashing to the console’s dashboard. And when that happens, you don’t just get kicked off the game – no, you also lose your save file, as Tacoma doesn’t save automatically, and in order to keep your progress you have to quit to main menu. And you have to do so often, as when Tacoma starts to stutter, it no longer allows you to save the game – and when that happens, it’s a GG.

Personally, I really wanted to like, if not love Tacoma – as I am a huge fan of walking simulators. However, it’s rather underwhelming story, in conjunction with its catastrophically bad technical state – which you can observe on this video – ultimately render it borderline unplayable. And its a true shame, as on paper Tacoma appears to be an incredibly captivating and intriguing title. But as we all know, what appears to be great in theory, is rarely ever as good in practice. So one could go as far as to say that Tacoma, is basically a video game embodiment of communism.