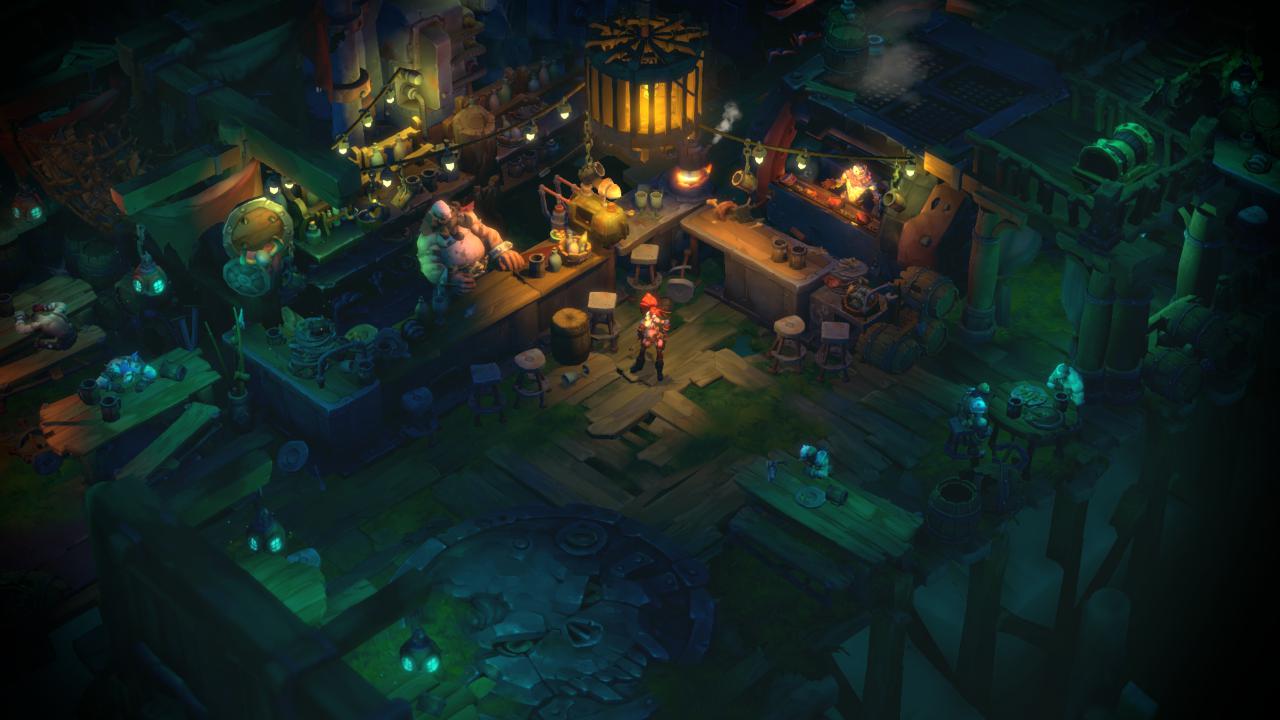 I hate that I’ve become so disenchanted with RPG’s, specifically JRPG’S. There was a time when those were the only games I played, and, having both an SNES and a PS1 in the heydays of junior high school and high school, it shaped my view of how games should be. Stories shouldn’t be easily told in five minutes. Multiple paths and ways should be present. You should be able to finish a game, completely, and still find out about new and hidden stuff that other people found. But, in recent years, they’ve felt repetitive, very dull and arduous, and I haven’t had the patience for them. So I was certainly interested in Battle Chasers: Nightwar promoting itself as inspired by the console greats of RPGs, but I was still hesitant. Was I just going to end up in another grindfest that bored me to tears outside of the soundtrack?

Battle Chasers: Nightwars is the official game based around the beloved comic series, and follows the cast and crew with a new story that takes place sometime after the events of the books. There’s this lost continent that exists beyond an impenetrable mist called the Grey Line, and you’d have to be crazy or suicidal to pass through it. One of the character’s father went through this Line some time ago, so the heroes decide this is a great idea to do as well, are attacked by air pirates and then get separated, leaving Gully (whose dad went through the mist), Garrison and Calibretto as the sole “survivors.” Determined to find their lost crew, they set out and immediately get sucked into a massive deal with warring factions, political powers and some evil afoot. Will answers be found? Maybe, it’s a nonlinear story game, don’t get hung up on plot.

There is so damn much detail in this game in terms of what was and is great about JRPG’s that I’m stunned this is the first game from Airship Syndicate. Turn based combat that successfully incorporates single turn attacks, multiple wait strikes, a shared-group style limit break and items that actually make a difference in boss fights. Static characters in terms of name and story, but customizable appearance with weapons and armor, plus an adjustable skill tree that you can redistribute at any point to focus on defense or offense. A rich, highly detailed (and, thanks to Kickstarter, fan contributed) lore about the whole world, not just in the Battle Chasers universe but also for what’s specifically happening with Nightwar. FISHING. Seriously, I didn’t know how much I missed Breath of Fire’s fishing mechanic until I spent close to an hour trying to drain a pond. And the fish can be exchanged for special coins to get exclusive cosmetic and epic items for the characters? 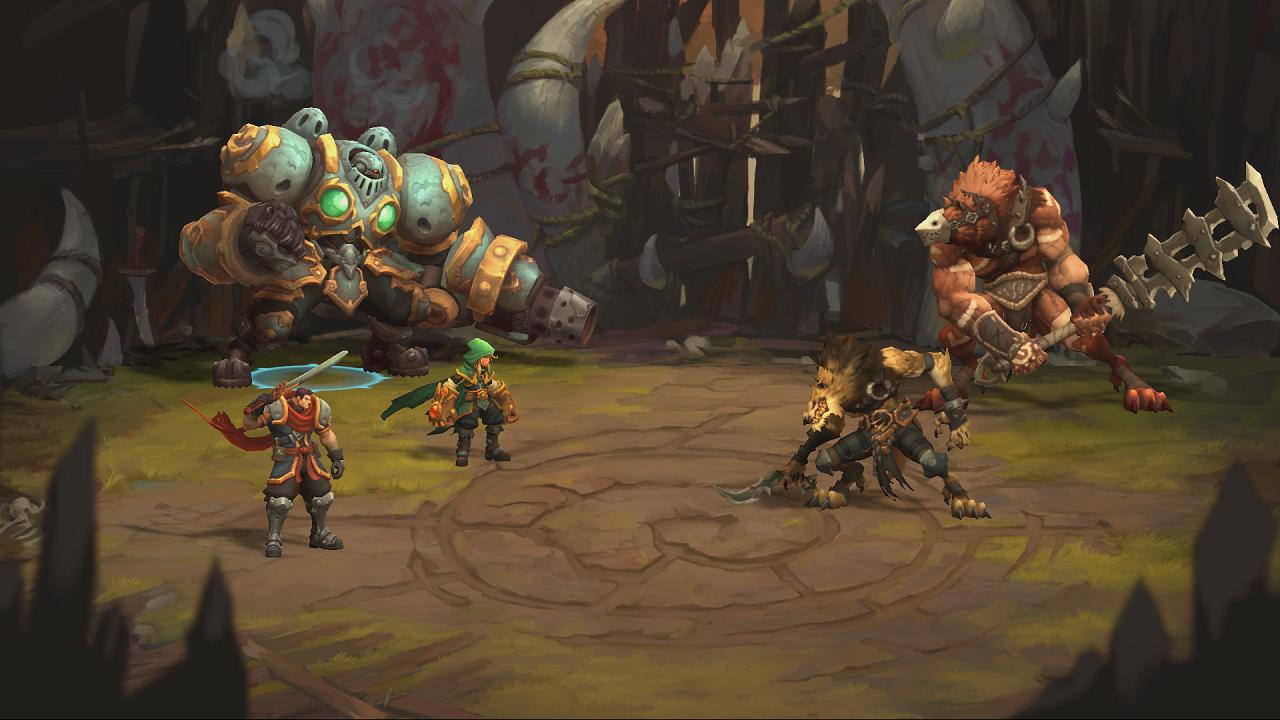 Rearrange characters so that your party of three is always who you want to see succeed. Then spend a few coins to have them sleep at the inn and find out if there’s new things that can be discovered in the dead of night! I haven’t spent this much time in bed in a game since I was determined to find out if Shadow had a fifth dream to reveal. Everything that I stumbled upon in this game made me giddy and excited to find out more and figure out if I could do more and do it better. Getting an EXP bonus for overkill, one hit kill, only using overcharge mana, perfect health, and even more. And every level up brought crossed fingers that there was a new ability or new perk to add onto, and even hoping that smashing the right number of enemies would get me a new perk from the Beastmaster. Or that I’d find the right book to add new crafting elements and ideas to my party. I had so many raw ingredients on me I must have looked and smelled like an apothecary, but that wasn’t important because everything was tucked away into a clean and highly detailed submenu so that I wasn’t constantly awash in stuff I couldn’t use. Crafting: if you want to use it, you benefit from it, but you won’t suffer if you don’t. God, that’s refreshing.

And the dungeons! If there’s one thing I wasn’t expecting, it was having certain areas have procedurally generated dungeons that scale with treasure and enemies based on the difficulty that you select before entering. I had the amazing misfortune of setting the difficulty to Legendary on my very first dungeon and getting the hell stomped out of me by a necromancer of some kind, which not only wasted me but reset my dungeon progress in spite. This was a humbling experience, made better when I was able to do Legendary dungeons after about twenty hours of play and a lot more confidence. The rewards and the level of weaponry are well worth it once you can accomplish the feat, but don’t jump the gun or it ends up in your mouth.

One of the greatest things about how Battle Chasers: Nightwar is presented is that there’s this amazing effect where it’s both accessible to newcomers and a deeper treat for fans. Having committed the cardinal sin of not reading the comic books, I was still able to fully dive in, head first, to this world and the way the characters were built and interact. Despite being a Western creation, Battle Chasers absolutely nods and pays their dues to the tropes and character archetypes of JRPGS: a young girl with Godly powers, a machine that acts and feels human, a mountain of muscle with a heart of gold and even further. Your best team is Robo from Chrono Trigger, Relm from Final Fantasy VI and Fizban from Dragonlance. I knew nothing of this world and I was completely on board from the drop. It plays like a well written fantasy novel, where you naturally pick up the lingo and lore as you go instead of needing to research several tomes of mythology before getting through the introduction. And, as I confirmed with my friends who are more in the know about graphics novels, Nightwar serves as a fantastic sequel and follow-up to the books that just sort of ended, as well as setting up more adventures in the future that could easily be done as either a printed work or a sequel game. Honestly, I’m gonna grab those comics as soon as possible because I’m fascinated with how much deeper the character ties could go.

As pulling from a comic book for inspiration, you already knew that the graphics would be banging, but the soundtrack is also pitch perfect for the JRPG fan. Everything and everyone has a theme, a tune, some kind of ambiance to them that incorporates strings, drums, horns and every other instrument under the rainbow. The game isn’t fully voiced, but, when the main characters decide to speak, the atmosphere and gravity of it comes through. Red Monika has the slight purr in her voice that you could easily imagine, and Knolan is somewhere between kindly, fed up and a bit spaced. The only voice I wasn’t totally thrilled with was Calibretto, if only because his voice matched his mannerisms and not his appearance: he’s got a gentle, light voice when I felt it should have been harsher and more robotic. Still, it works. 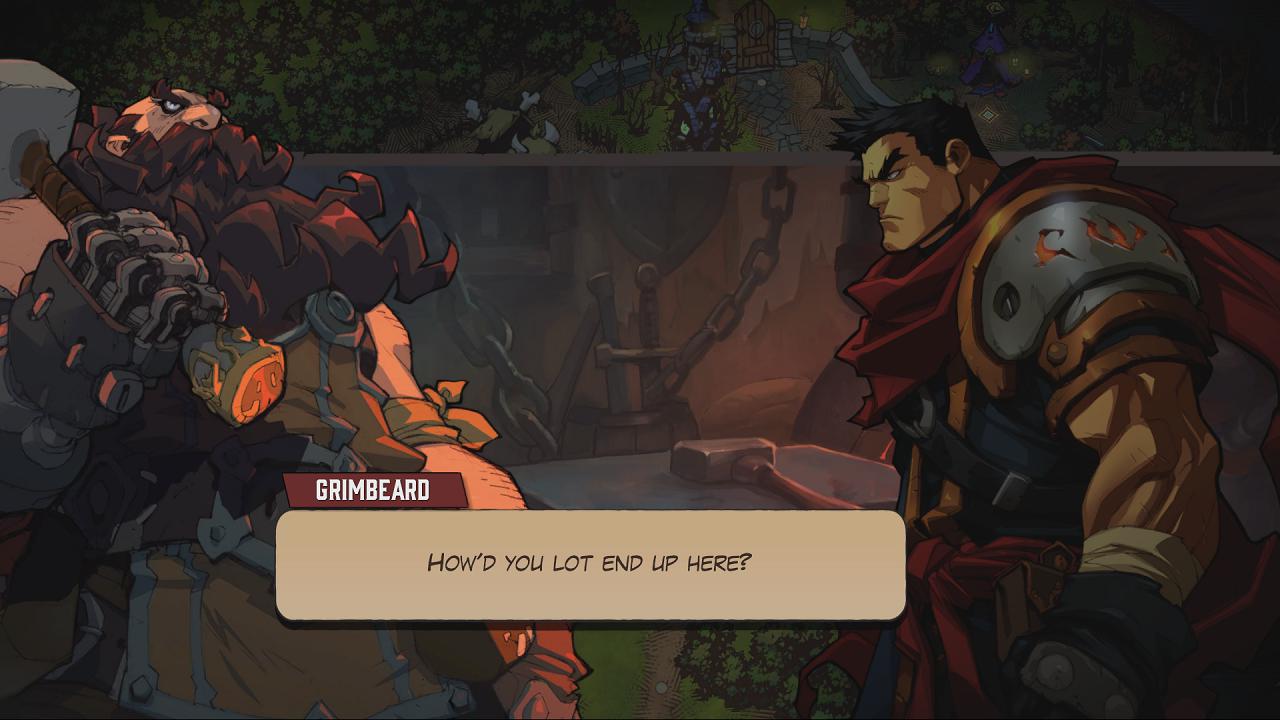 Not every single aspect of Nightwar is spectacular, and it’s only fair to criticize the bad as praise the good. Firstly, the load times of the game feel absolutely abysmal. When you get used to a ton of lightning-fast loads in smaller games or first party titles, the loading bar between dungeons and realms immediately puts you into a bad mood. This is something that I noticed came up as a critical point with the Steam release as well, so it feels doubly insulting that THQ Nordic couldn’t find a better load solution with the long-awaited Nintendo Switch release.

Secondly, speed, in terms of how the actual characters move, is something that also drives the average player crazy. Most of the time that you spend moving across the overworld map the pace is pretty decent, considering how much ground the group seems to cover in a short amount of time. However, once you enter into any kind of territory, the rate at which everyone moves feels molasses and almost mind-numbing. When you decide to use Garrison’s dash ability on the map, it gives you a glimmer of hope to move at a decent speed, but it only lasts for a moment and has limited charges between sleeping in the inn. The rest of the time you feel like you’re really trying for captain of the neighborhood speed walking group, but, hey, if they choose Julia instead you can understand.

Lastly, the accessibility. Battle Chasers: Nightwar does a beautiful job of creating a world that’s both large and layered, asking players to revisit certain spots during mid or end game to unlock all the secrets and find all the cool stuff the developers peppered in for side questers. However, there are quite a few areas that are totally open and available for players to enter…and then be able to do nothing. Theoretically, if you just follow the floating exclamation point, you’ll get to your next objective and that’s that, but who doesn’t want to explore around a bit? Explorers, as it turns out, are rewarded later on in the game when things are running along smoothly. If you’re eager and want to poke around the map early, you’ll end up with plenty of signs telling you to come back later, and that you just wasted your load screen on nothing.

But those shortcomings are superficial at best, and the load times really just become a good part of the background ambience with everything. If I was hopping between dungeons willy nilly, that would be one thing, but I could spend hours in a dungeon, especially on a higher difficulty setting. You get utterly enthralled with the comings and goings of the characters of Battle Chasers: Nightwar, and that wasn’t something I’ve found in many RPGs recently. For thirty dollars, this smaller studio joint has provided more entertainment and excitement than most RPGs in recent memory. Fans of turn based combat, great character systems and countless hours of side quests should absolutely pick this up.

NOTE: I didn’t see this until I had finished, but there’s a small “bug” in Battle Chasers: Nightwar. The game timer doesn’t stop when the Switch goes to sleep. It says I’ve put in close to sixty hours, which will have meant I haven’t slept since i got the game code. If you’re a purist for game run time, you will need to forcibly save and quit the game and close the software when you’re done. Otherwise the counter will consider the console being in sleep mode to be playing.