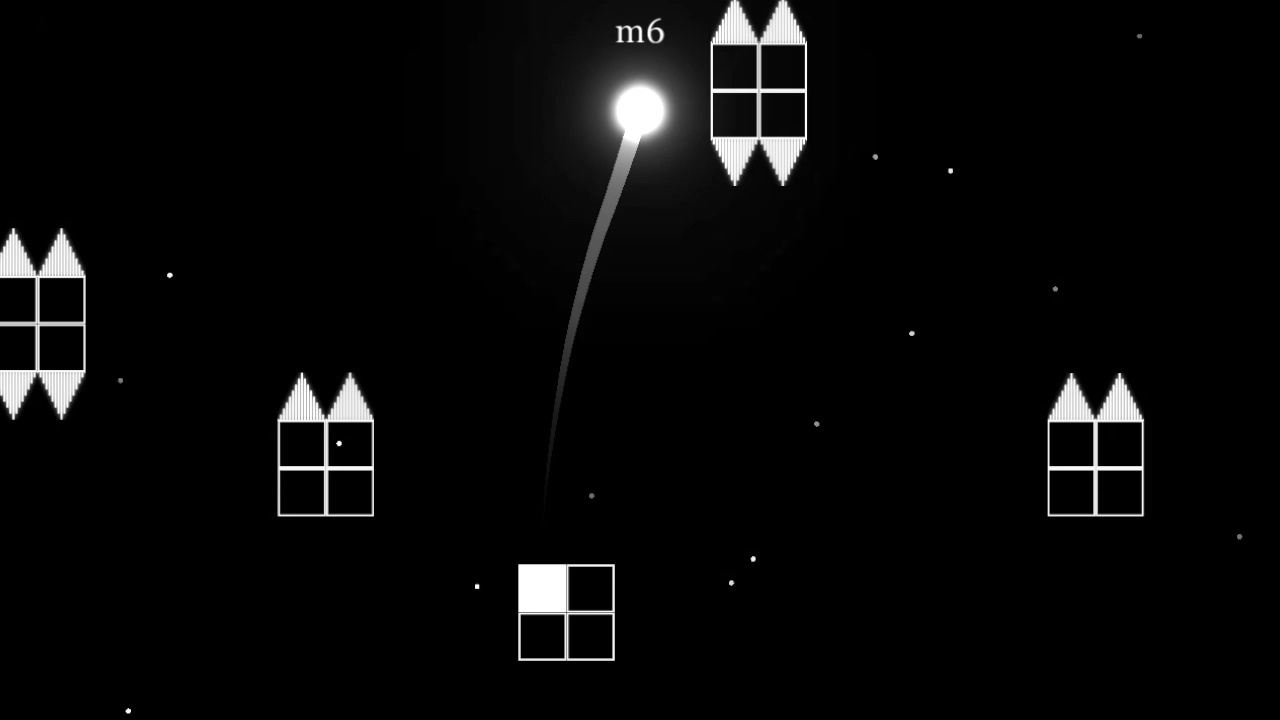 Alright, another indie puzzle platformer! Say what you will about the eShop becoming overrun with titles that are less-than-enthralling, I do appreciate a chance for these games that basically get immediately lost in Steam to have a moment to shine on this new marketplace. And, for what it’s worth, 6180 the Moon at least brings a bit of something to the table that I haven’t seen before. It’s short, it’s quirky, but it has a bit of spunk and spirit to it, and that’s something we can all appreciate.

The plotline goes that the sun has disappeared and the Moon is tasked by the people of Earth to go find it. The moon takes the direct route, cutting through the orbits of the three planets between him and the sun to figure out what’s going on. Along the way, each planet has something to say about the moon’s quest and how he’s doing and why he’s doing it, and the moon needs to take some time to reflect on all these comments. Eventually, you did find the sun, who has choice words for the moon as well. This is by no means a long game: we’re talking a long afternoon at best. But, in the brief time that you’ll spend with 6180 the Moon, you’ll at least get a few notions and ideas aside from the gameplay. 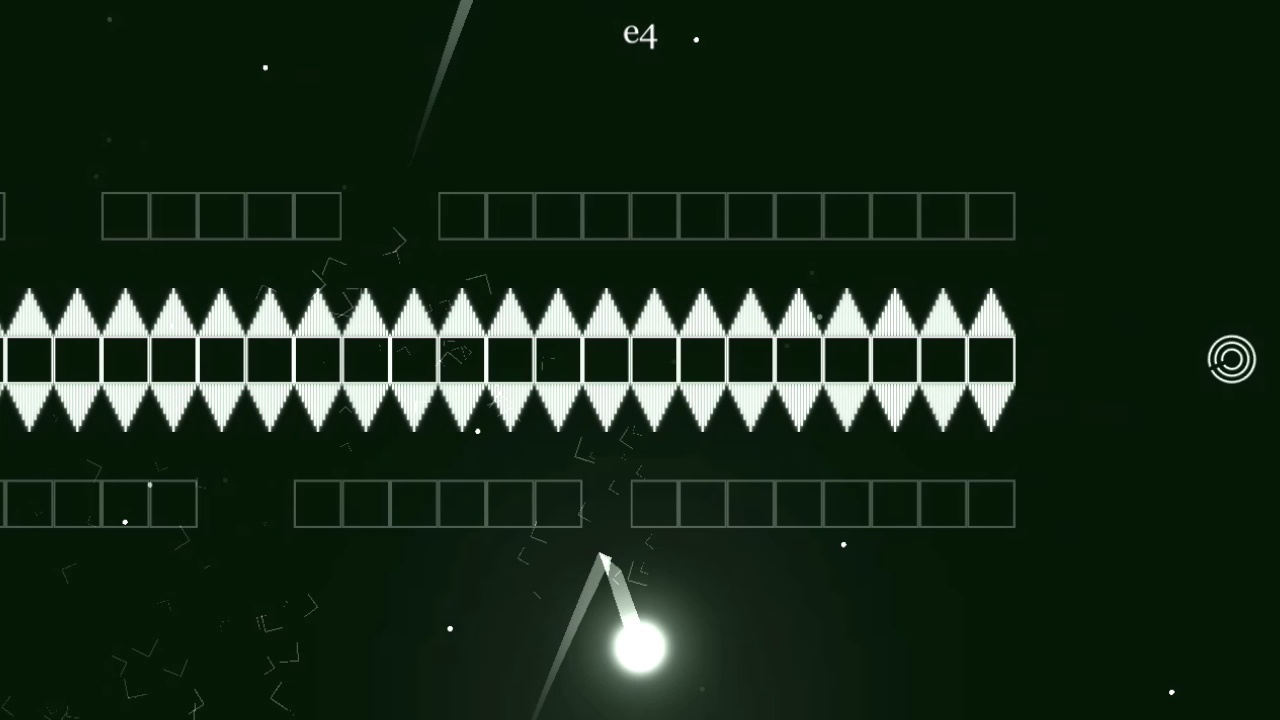 The objective is to move through ten stages per planet, and each stage has a platform you start on, a warp point of sorts at the end, and plenty of stuff in the middle. You quickly learn that the top and bottom loop, so the moon cannot fall out of space or time. Instead, you use this multi-planear thinking to find a way to navigate all the obstacles that come between you and your goal. Even though you can’t die from falling, you realize spikes are inconvenient and plentiful, and you’d really rather not touch them, lest you die instantly. So what happens is that you need to work out some pretty clever jumps, making sure you account for the weird gravitational pitch that occurs when you reach the apex of your leap and then start plummeting. You need to factor how to enter a platform either from above or below and how it’ll work out for you. In the beginning, this is almost relaxing: the initial few stages are certainly a task, but one that you can just sort of relax and work out.

It’s when you get past the first level of the Moon and move onto Earth that you realize this isn’t going to be so easy. Each orbit introduces some new factor or idea you need to contend with. Disappearing platforms, ricochet platforms, strange new mechanics and more greet you with each further step towards the sun. Suddenly things become significantly less relaxing and a lot more frustrating and concentration-worth. There becomes levels where you’ll have a moment’s reprieve at a check/save point, and then the next few seconds are going to be hectic, twitch-movement worthy and will definitely require you to respawn several times. At this point, you realize that the journey from your orbit to the Sun isn’t an easy one, but something that does demand your attention to accomplish it. And that’s a welcome level of demand from a game that seems to ask so little. 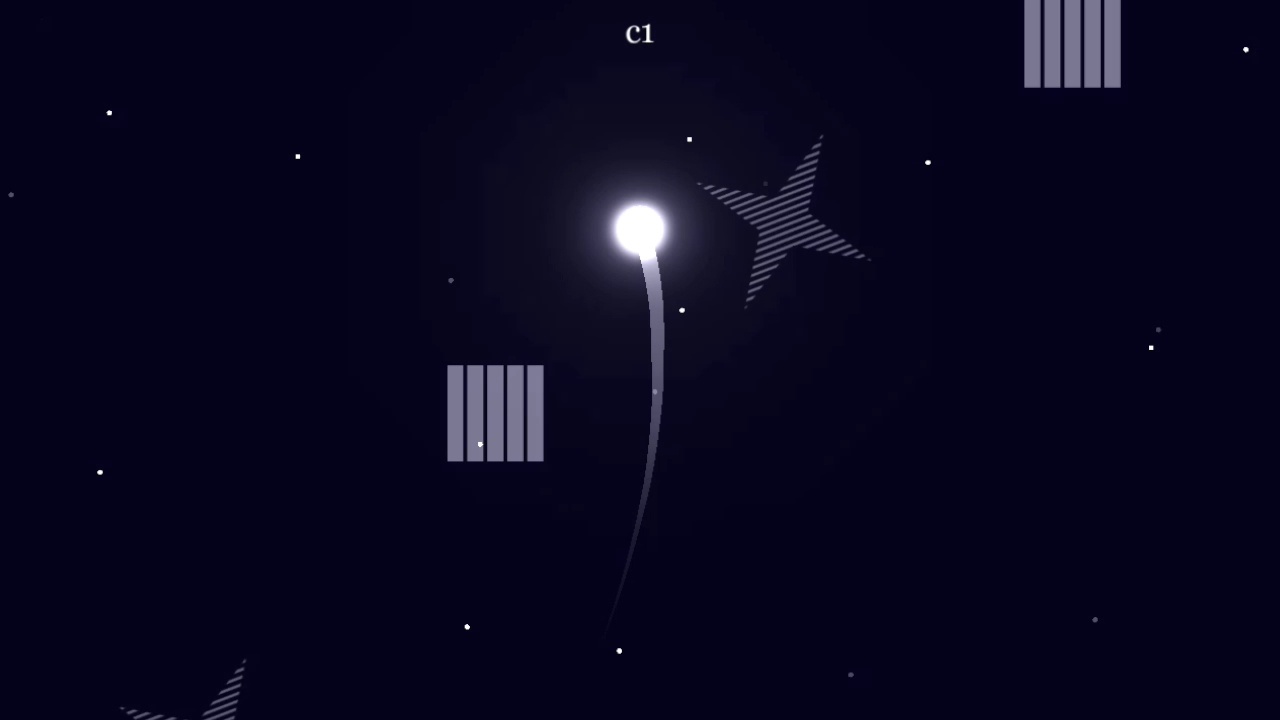 With such minimalistic presentation, 6180 the Moon could easily be overlooked by anyone who is jumping into the eShop for the first time and doesn’t know what they want to find. Hell, to be honest, even big and flashy titles get overlooked because of the mess of an eShop that people currently need to look through. It’s insane that you have an easier time searching through Nintendo.com and finding things there instead of browsing the shop on your device. In any case, this is a classic situation of a game being made for a specific type of person who may not realize yet that this game is for them. You can easily do a few stages of 6180, put it down, and pick it back up hours/days/weeks later and remember where you are. You can’t really find replay value in terms of things being randomized, improved or even scaled in difficulty, but you can find that simply playing out these levels from memory doesn’t make it easy.

What you find with 6180 the Moon is a short, introspective and slightly existential story told through some legitimately difficult and practical level design. You come back to it because having the short chapters unveiled as you reach them is a great narrative, and, regardless of how fast you are, there’s satisfaction in getting to the end of a level without exploding. And, though there still isn’t a universal achievement system yet, the developers have taken the care and time to put one in here so you can see what you’ve been able to accomplish on the moon’s quest and what you still have to do. So, no, it’s not a fire and forget: it’s a play and remember, and come back again when you’re ready.

6180 the Moon may not grab the attentions of everyone out there, but it absolutely deserves more than a passing glance when going through the shop and finding something unique. It’s well done, it’s beautifully sparse, and it keeps you engaged with every second of play. I certainly don’t regret my time here, and, out amongst the cosmic ballet, I doubt you will either.