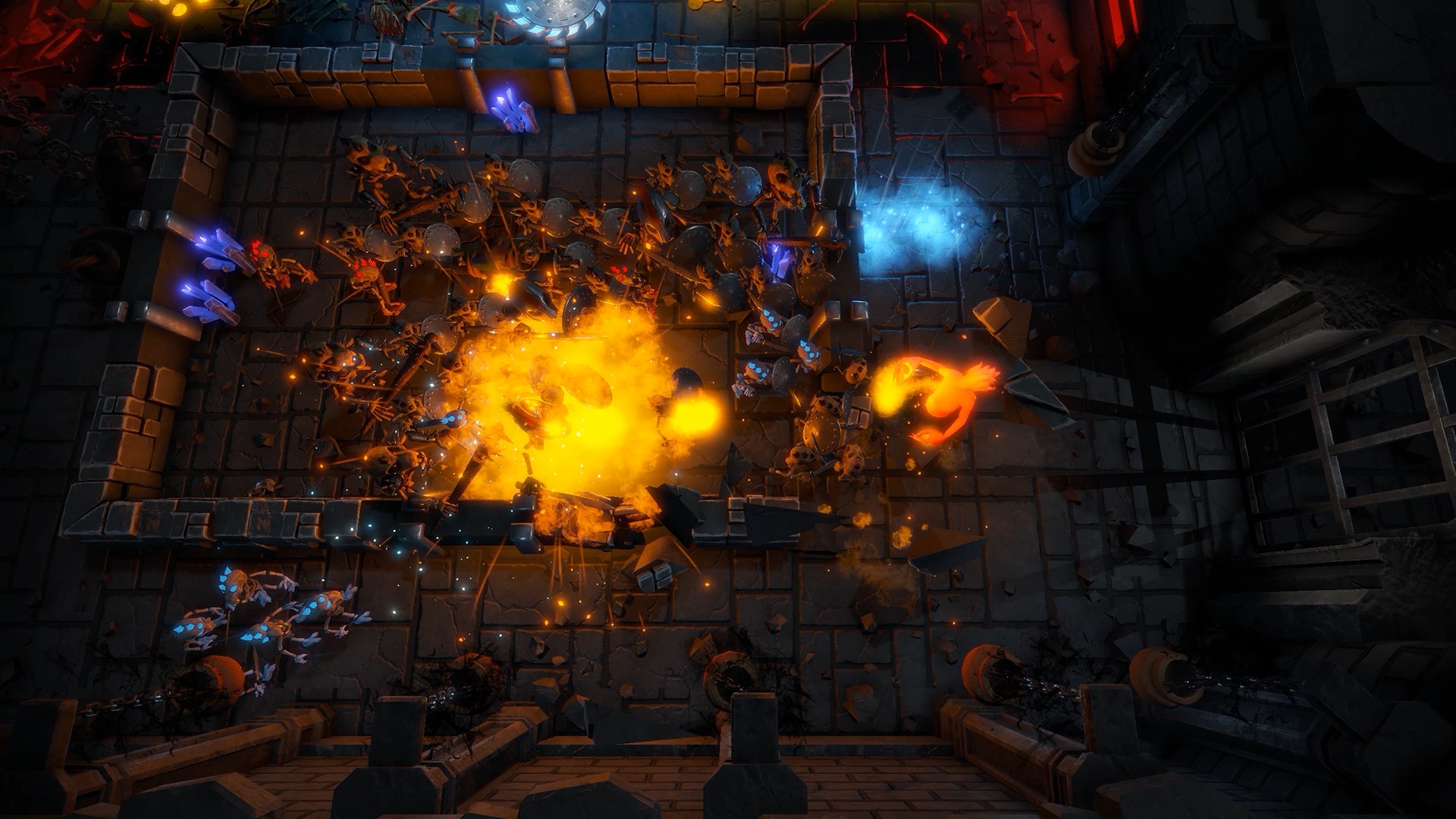 MetaMorph: Dungeon Creatures is a dungeon crawler in the vein of Gauntlet, but despite being a fan of that game, what made MetaMorph even more curious for me was the fact that it’s being developed by FireFly Studios, which, for those of you that don’t know, are the masterminds behind the Stronghold series. Changing from making real-time strategy games for over a decade to making something like this is certainly not an easy feat to accomplish, so the question is, how is FireFly doing in terms of achieving what they’ve set out to realize?

First and foremost,  I must say that the game does feel like it fits the Early Access formula quite well, as the core of the gameplay is already in place, and all that the developers have to do is to listen to the community’s feedback as they pump out content in order to sort out any balancing issues that might arise.

The game essentially boils down to clearing dungeons, one by one, as you descend deeper and deeper, thus encountering new challenges that you must overcome. The major key feature of MetaMorph is the fact that the player has the ability to switch between the different characters, which currently there are a total of four, on the fly. This will usually be required from the player during confrontations in order to succeed, as you exploit the weaknesses of your enemies and take advantage of specific character skills. 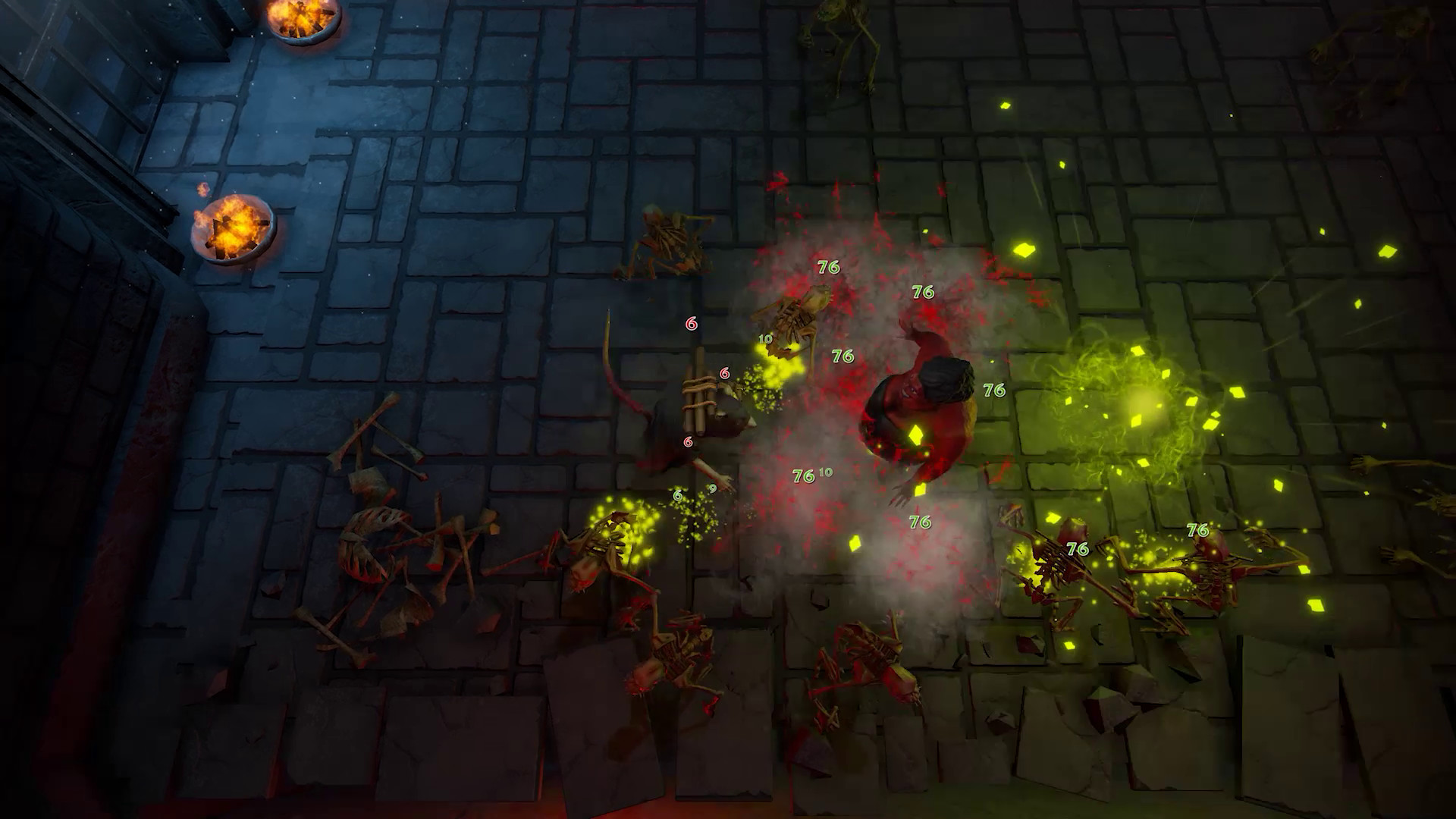 The characters that are currently available allow for very different approaches, and I hope that that is a sign that future characters will also follow this trend, thus leading to an even more increasing methodical gameplay flow. The first and most basic character is the Rabbit, a highly mobile unit that can swirl his two swords in order to quickly dispatch groups of weak enemies, but he’s also prone to dealing a lot more critical hits than the other characters are. Then there’s the Ogre, this massive creature whose attacks are pretty slow, but they pack a heavy punch and can easily knock back groups of enemies rather easily. There’s also the Nymph, a fiery being that automatically attacks any enemy within range by setting them ablaze, and last but by no means least, you have the Rat, who despite being very weak has the ability to sneak through enemies undetected and place traps.

These characters come with an array of abilities that you’ll unlock as you play the game, and this ties into the game’s progression system pretty well. The progression system in MetaMorph relies on finding points at the end of each level that will allow you to upgrade your skills and morphs, but even if you find yourself unlucky and don’t manage to get what you need to level up whatever you wanted to, you can still just buy the upgrade with the gold that you find in dungeons. The upgrades themselves are nothing really that interesting, it’s just what you’d expect, increments in damage dealt, stun time, movement speed, and so on, but they do pave the way for progressing further in the game, and they certainly make a difference in combat.

The game handles surprisingly rather simple, as you control your character in a real-time strategy fashion, using the right mouse button to issue move orders and a handful of keys to switch between your morphs and use their abilities. Combat is also inherently simple, in the sense that there’s not much that you can actually do during fights, instead, the game’s simplicity combines with the morphing feature to create a pretty satisfying gameplay flow, as the player switches back and forth between different characters depending which enemies they’re facing. Sometimes, I even found myself switching for just a few seconds, like using the Ogre to knock back enemies so that then I could use the Nymph to strike them from a safe distance. Still, it’s really up to the player how they want to approach each level and situation, given the ability to change your roster of skills and upgrade them as you go.

The game doesn’t feature a tutorial of any sorts, it pretty much just throws you into the middle of a dungeon right away. With that said, it’s really easy to get a grasp of how the game mechanics work given the game’s simplicity. Speaking of which, do not be fooled by how simple the game might sound, as it is not easy by any stretch of the imagination. The individual dungeon design plays a huge role in combat, and it often limits your choices in terms of which morph you might want to use in a specific area. The dungeons are filled with traps, bombs that can easily be triggered by hitting them, a series of narrow passageways (combined with the aforementioned traps), and loads of light, heavy, and ranged enemies. 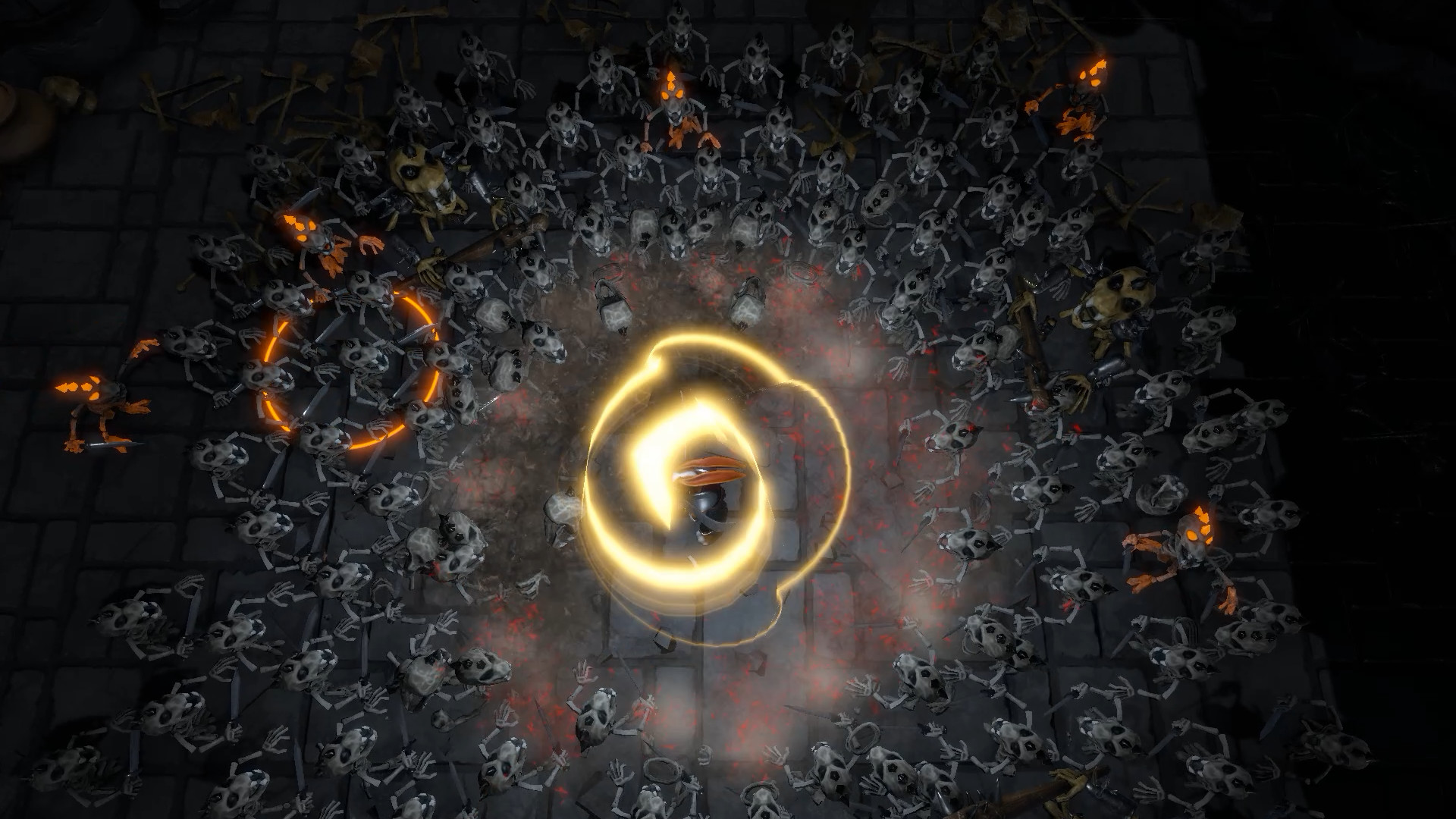 There are currently fifty different dungeons if I’m not mistaken, and you can actually replay any of them as many times as you want, provided that you’ve previously beaten them. This is so that you can farm gold and upgrade points in case you get stuck and can’t get past a specific level. Speaking of, there’s always two extra objectives in each dungeon that will grant you extra rewards, but they also add a lot more pressure and difficulty to the dungeons. Dungeons always have these goblins that need saving, which you must retrieve before they die, and then there’s also a time limit that you need to beat in order to be successful. Still, these two are optional, and you can just keep on going if you manage to get to the end of the dungeon in one piece.

Overall, MetaMorph is in a great position right now, especially given its low price point. There’s a fair degree of customization, enemy and level design variety, and the game already has a decent chunk of content to keep you entertained for a few hours. Besides that, as the developers themselves have claimed, this is a really nice game that draws inspiration from Gauntlet and Magicka, and it clearly shows. The simplicity of the game can’t be taken as a downside, as it allows the game to shine on other places, and it makes the game much more appealing to anyone that tries it for the first time. With that said, if you’re looking for a unique take on the Gauntlet dungeon crawling formula, you should really keep an eye on this game, as it is much more than it meets the eye.