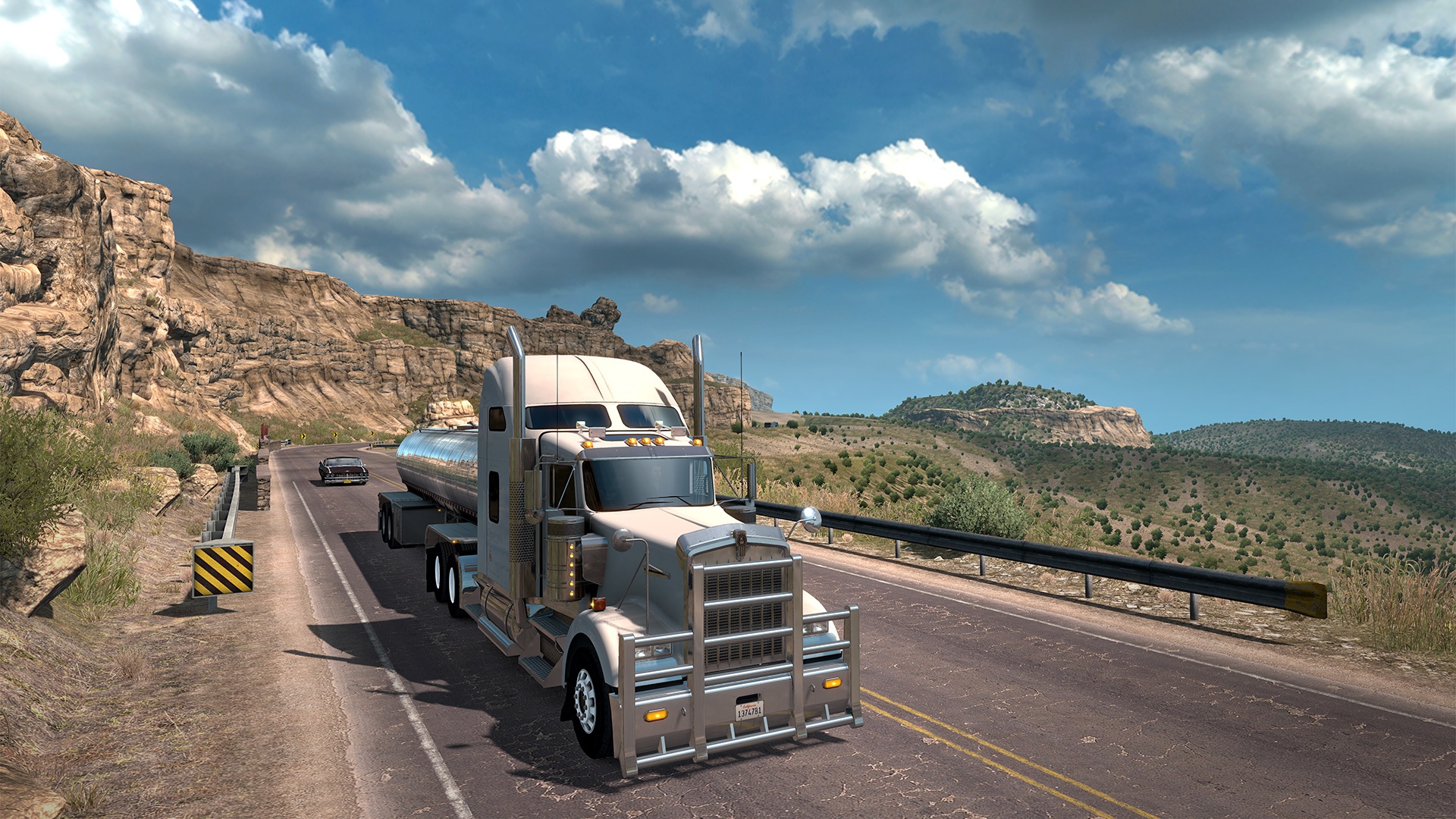 American Truck Simulator – New Mexico is the first major paid DLC that adds a new State to the base ATS game. However, this is not the first piece of downloadable content, as the game had already received smaller DLC’s previously, as well as the Arizona expansion that added the State of Arizona to the base game.

If for some reason you are reading this but you have never played the original game, or even Euro Truck Simulator, then I’ll go ahead and explain what this series is all about. The Truck Simulator series from SCS Software are essentially what it says on the label, truck simulators. The player assumes the role of a truck driver, as they progress in their professional life and climb up the career ladder. Players will start by making deliveries for companies by using their trucks, and then they will be able to purchase their own, and they will eventually be able to purchase their own garages and hire other drivers to work for them. 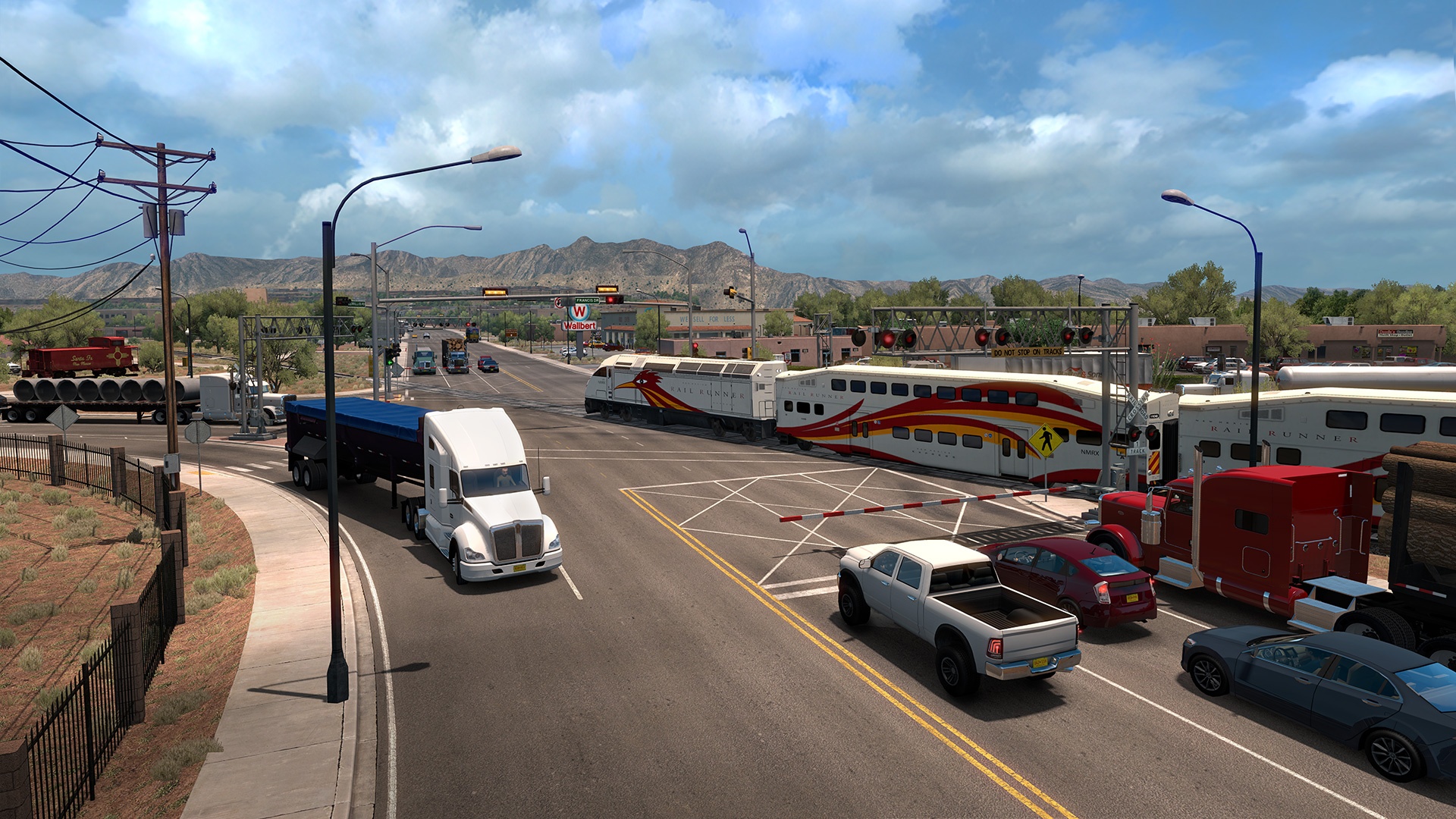 The progression system in American Truck Simulator is pretty much linear, and by that, I mean that there’s only a slight deviation that can occur between two different players. This is in the form of the skill points that you acquire every time you level up, so it would make sense that this DLC wouldn’t touch on that subject. Like pretty much every other piece of downloadable content that SCS Software has released for their Truck Simulator series, New Mexico brings the usual set of content that tends to be present in DLC’s that expand on the actual game world and not its mechanics.

This New Mexico expansion brings along over 4,000 miles of road that you can drive in, 14 cities including Roswell and Albuquerque, new companies that you can work for, unique landmarks such as the White Sands National Monument and The Derrick Floor, as well as a bunch of Steam achievements, in case you’re into that sort of thing. Now, I figure that this might not sound like a great deal of content for some people, especially for a DLC that costs more than half of the base game, but I think that in order to understand what’s great about New Mexico, you must first understand what makes this type of game really enjoyable to a lot of people. 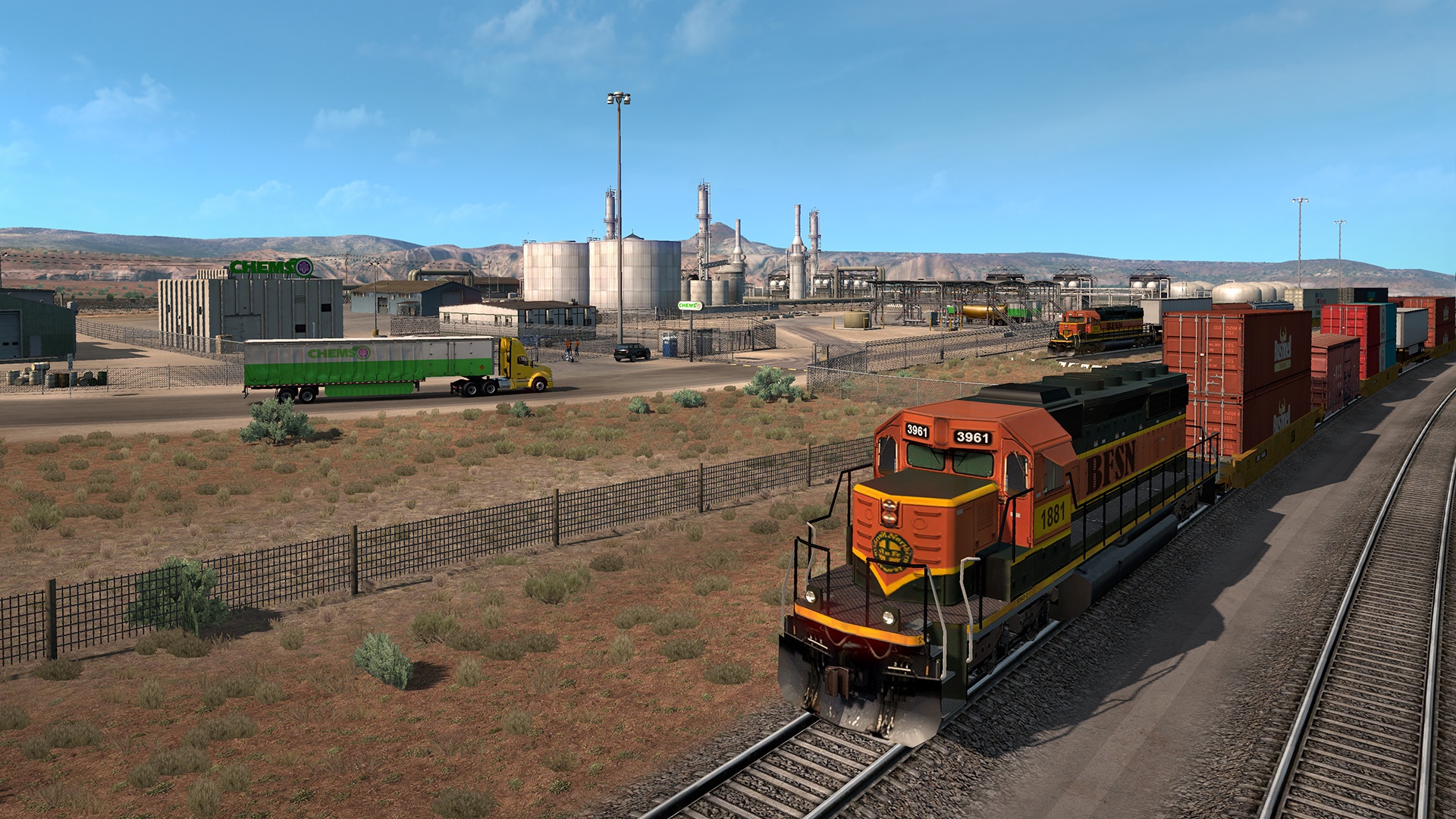 The core gameplay of American Truck Simulator is something that will either drive you to play the game more and more, if you are like me and find the constant evolution satisfying, or it is something that will most likely bore you to death. With that said, for me, the other big reason as to why some people might enjoy playing this game is tied to the exploration, and the amount of time that you’ll spend driving around, which will be most of your time, management only takes a very small portion of your time.

Having said that, I’m pretty sure that if you enjoy the game as it is, there is no way you will not enjoy New Mexico, as it is straight up more content for you to explore. I find myself just turning on whatever my current favorite playlist is and just driving from one point to another, completing jobs, upgrading my truck, and admiring the landscape. Some people might argue that the DLC is a bit overpriced given what it offers, but I guess this really depends on how much time you spend playing the game. Personally, I can see myself wasting at least a hundred hours just driving across the States, so I recommend this DLC regardless. Nonetheless, I guess that these concerns are justified, especially since a lot of the terrain where you will be driving through looks pretty barren, so I only recommend New Mexico if you are a hardcore fan of the series and if you are just looking for new ground to cover.