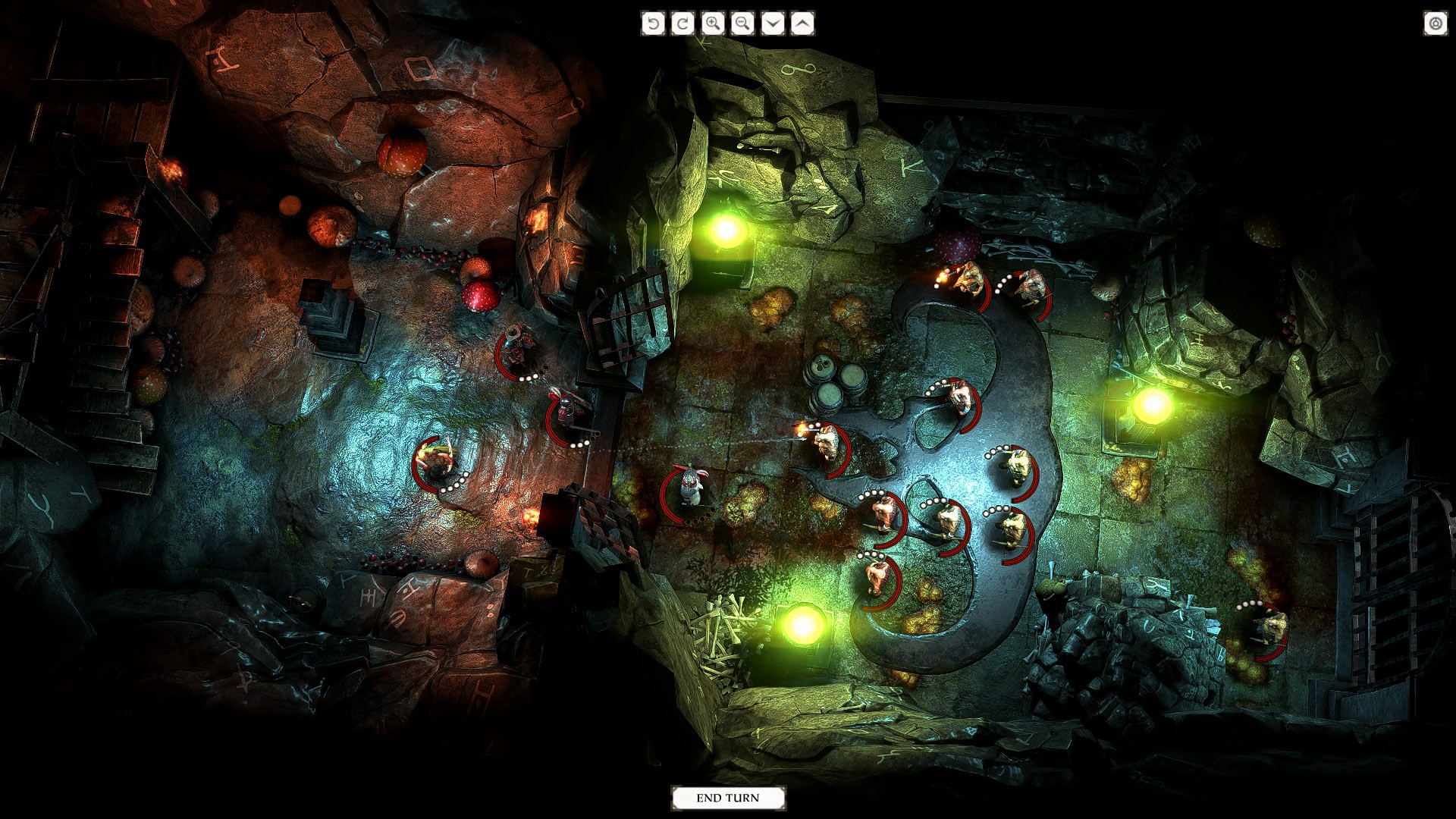 When it comes to the Games Workshop and their series of Warhammer games, it can’t be denied that they have brought out a wide and varied selection of games and genres to feed our fantasy fantasies. Whether it be an MMO or an endless runner, an FPS, RPG, puzzle or strategy game you’re after, you’ll be sure to find one within the worlds of elves, orcs, space marines and, well, heroic heroes. The latest of such titles comes in the form of Chilled Mouse’s Warhammer Quest 2: The End Times, a turn-based strategy game and sequel to Warhammer Quest, as it battles a release onto the Nintendo Switch.

In terms of its style, this sequel follows firmly within the footsteps of its predecessor with a top-down perspective and a journey through a variety of dungeons that are filled to the brim with dangers. However, in order to build upon the foundations of the first game, Warhammer Quest 2 offers a more engaging narrative and story-driven quest, as well as a few extras to bring a more role-playing element to our dungeonesque adventures. The game takes place through a series of three regions that comprise the overall war-torn world in which you find yourself; each region hosting around ten levels each.

The story focuses on the resurgence of the three-eyed king whom, with his armies of chaos, has advanced a final assault upon the old world. With their entire existence hanging by a thread, two warring factions have made a pact with each other and with the paring of the Captain of the Empire and a Dark Elf Sorceress, the two of them set off on a quest to retrieve a lost relic and mythical weapon, the Mace of Helstorm, to build a resistance against the onslaught of the marauding king. Through each region of the land, you fight through a series of dungeons, each with their own quests, as well as stop off in a variety of towns to recruit, rest and regroup. 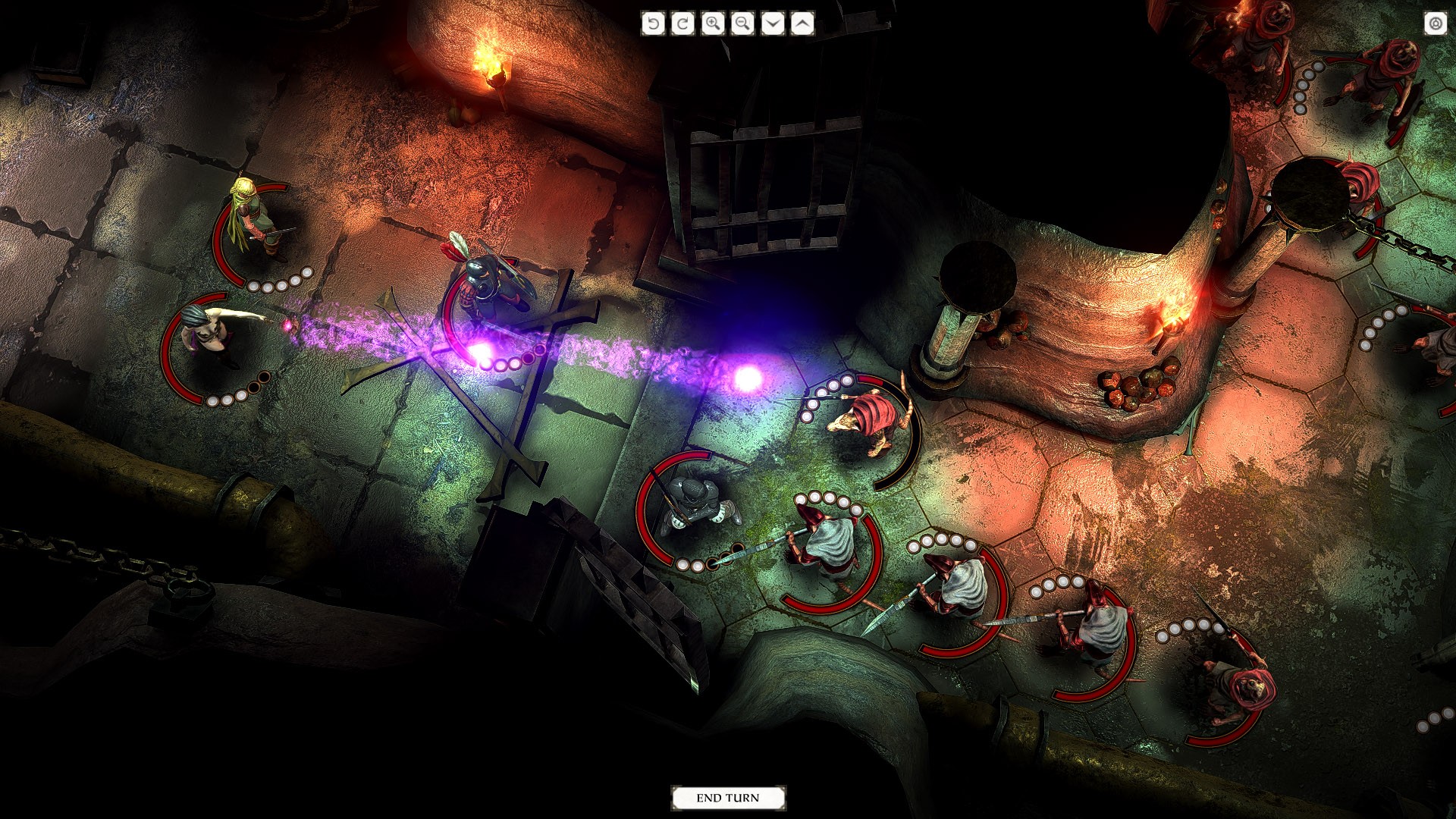 The narrative is driven by a series of bite-sized texts that set up the background of each dungeon and quest. In many ways, these narratives read like a choose-your-own-adventure book and create a very effective premise in building the world around you; albeit one that doesn’t require any decision making. However, when it comes to the gameplay itself, the elements of some of its mechanics to allow you the freedom to make a number of choices.

Within each of the districts that comprise the overall world map, a series of dungeons need to be traversed and a number of quests fought. In terms of gameplay, these sections produce a linear path that sees you going from room to room within the confines of the dungeons until you reach your final destination. You begin your adventure as a party of two, as you clear each room from a series of over twenty-five varieties of enemy types. Once cleared, you then open the door to the next room which reveals its contents. Using a grid system, movement and combat is determined by an action point system that allows one point for movement within a spacial grid, and the other points used for combat; the amount of points needed are dependent on what weapon type you possess.

It’s here where the tactical element of the gameplay lies. After completion of each dungeon, you are then rewarded with three random cards that can hold anything from items, gold coins, characters and weapons. With over two hundred varieties of weaponry and rarities, choosing the right tool for the job and outfitting your party, up to a number of four, becomes paramount. The nature of card distribution provides a rewarding premise for working your way through the dungeons and even adds an air of excitement; especially when you uncover a particularly rare and powerful weapon. However, with only one level of difficulty, I did find that the game didn’t offer too much of a challenge; especially when I developed a particular strategy that saw me through the whole game without too much difficulty. 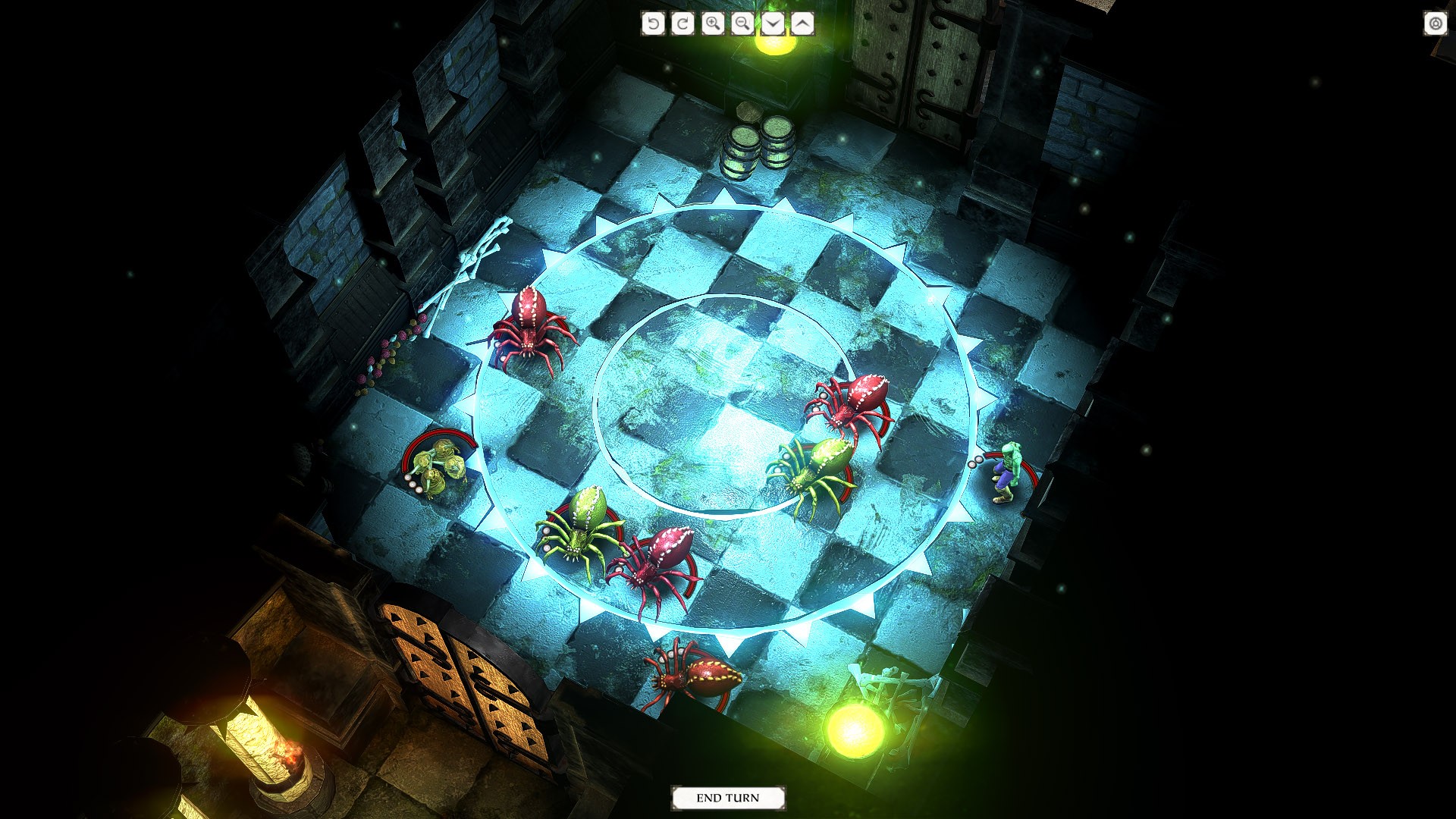 Despite this, each of the dungeons holds a whole host of enemy types; each one varying within each of the world map’s districts. Some dungeons even hold boss-types, but again, these didn’t offer anything particularly gruelling apart from holding larger health bars that need to be whittled down. Between these dungeon skirmishes, you can enter into certain towns that hold shops, taverns and training facilities. From here, you can purchase extra equipment, items and characters to add to your party. Travelling between each of the regions, or districts, can also activate random encounters that you can choose to fight or run away from; although the rewards from these more challenging parts of the game can spawn greater rewards.

Being a port from a mobile game, the game incorporates two control schemes through the touch-screen and joy-cons. For me personally, the touch-screen implementation is a more intuitive way to play, as playing with the joy-cons gave the game a more clunky feel overall. Movement, combat, zooming in and out of the action and changing camera perspectives were easily executed with the Switch’s screen, whereby using the joy-con’s were a more laborious and time-consuming way to play. Graphically, the game produces a nice theme to the overall Warhammer world, although with its top-down perspective, you do lose a lot of what it offers. For instance, one nice touch within the game is the option to personalise each member of your party through giving them a name and a particular colour-scheme to their outfits. However, its top-down view makes this an almost needless exercise as you don’t get to fully appreciate the overall modelling of your characters.

Overall though, Warhammer Quest 2: The End Time was a lot of fun to play. Saying that though, in terms of its genre, its a very generic game that doesn’t really add or bring anything new to turn-based strategy. Its fun lies in its dungeon exploration, card rewards and overall narrative. It’s also a game that plays significantly better in hand-held mode, especially with its touch-screen controlling, making this a superb casual game for people on the go. A few frustrations do reside within the game, such as unresponsive button presses, small textual presentations and a grinding soundtrack, but in terms of general gameplay, it is a game that does provide a solid form of entertainment. If you’re a fan of the Warhammer series or are new to the turn-based strategy genre, then this is a game that I’d wholeheartedly recommend, if you’re a seasoned campaigner though and are looking for a challenge, then I’d say look elsewhere as this may be a warhammer that seriously dents your expectations.

Warhammer Quest 2: The End Times lends its’elf’ to a fun and rewarding turn-based strategy game, but its lack of challenge is simply ‘orc’ful.