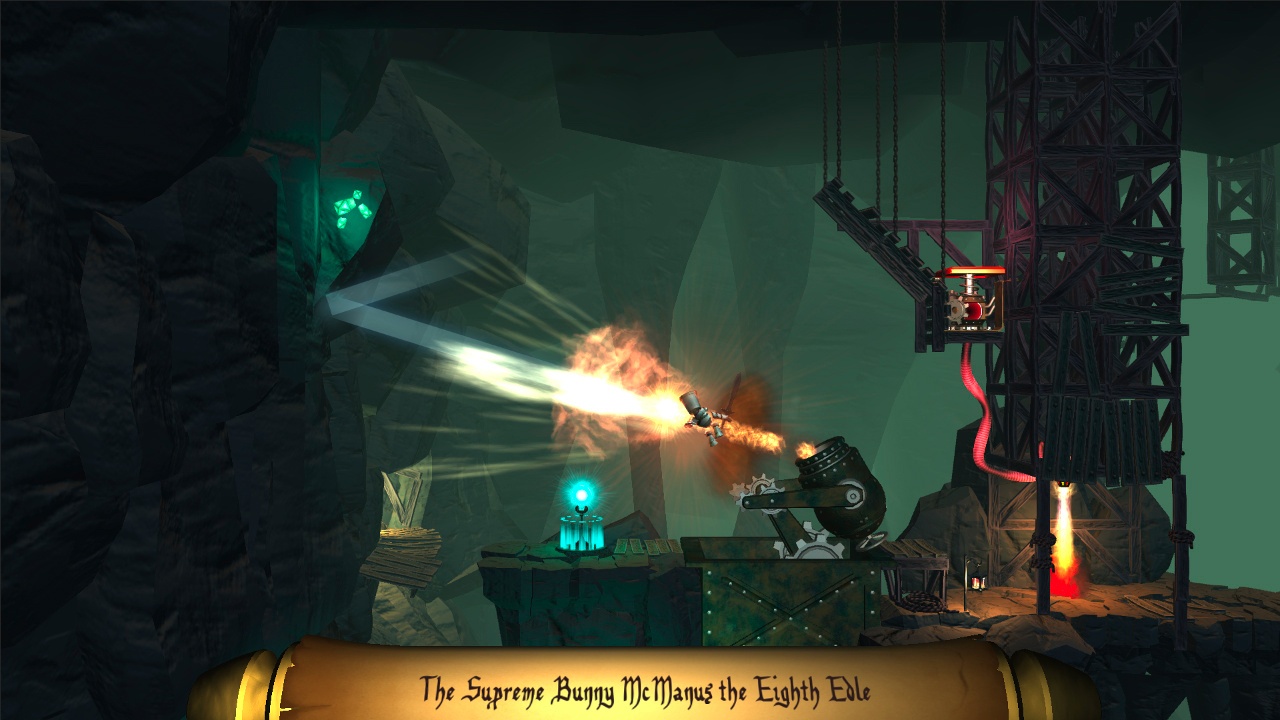 Life and death are but two sides of the same, impossibly complex coin. For all that we know of life, we know just as little of death, and, aside from scientific facts regarding decomposition and a lot of theories from thousands of years of religion, we aren’t totally certain of “what comes next.” Still, that doesn’t prevent us from living our lives and finding as much joy, excitement and things to complain about as humanly possible. After all, in spite of everything that happens, time marches forward, and it’s up to us to make the most out of every moment. Even if that means physically trampling over the bodies of those who died just seconds before us in one of the most darkly humorous puzzle games that I’ve ever played.

Life Goes On is the story of a king who, more than anything else, wants to live forever, and will go to any lengths to achieve his goal. As it turns out, there is a fabled chalice called The Cup of Life, and whoever possesses/drinks from it will gain life eternal. Naturally, the Cup is being held in a perilous, dangerous place, and the King would have to be some kind of fool to risk his normal mortality just to try and get immortality. So he sends his faithful, faceless knights on his stead to try and bring the cup back. Oh sure, one or two may die in the attempt, but it’s all worth it for the glory of an everlasting throne! Only problem is, there are a lot of legendary, mythical cups in the area, and we don’t know for certain which is the correct one until the King can see it for himself. Thankfully, there are a lot of knights willing to perish for the cause. And I mean a lot.

The way Life Goes On plays out is simple: you get a knight to the cup at the end of the stage, that’s the game. But, from the very first level, you find out things aren’t so easy. That gap between you and the cup is a smidge too large, and, wouldn’t you know it, full of spikes. So a knight jumps, falls short, and dies, his corpse on macabre display to warn others of the dangers therein. But his body is also a handy platform that now makes a small portion of the spikes safe to step on. Aha. So the next knight to come down the chute can step on his fallen comrade in order to reach the cup. Tada! Welcome to the wonderful world of Life Goes On: death is the key to life, and there is going to be a lot, A LOT, of bloodless, obscene deaths happening. Fall onto spikes run into buzzsaws, get frozen in blocks of ice and get eaten by monsters. You soon find that you really have no limit to the number of bodies that can be thrown at a problem, only for the problem to be of too many bodies mucking up the path; something which can happen on some levels. 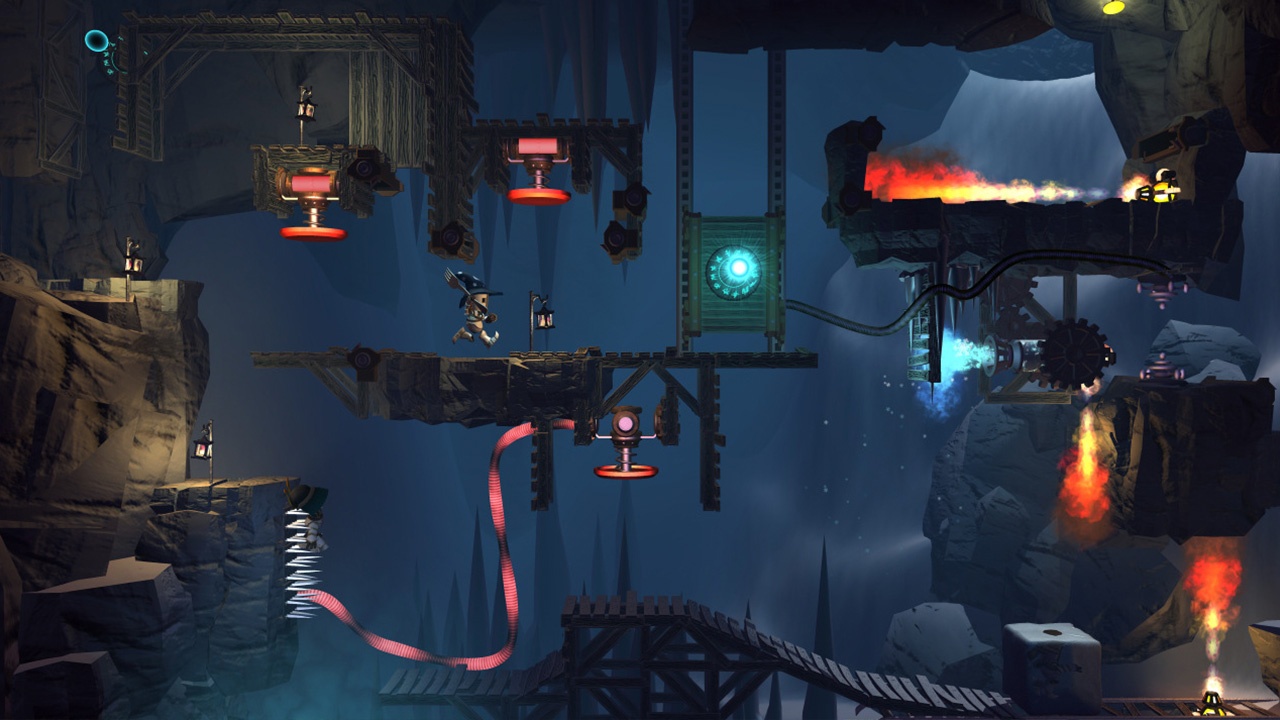 Life Goes On plays out as a great puzzler on two different levels (technically three, but we covered the extensive novelty of death already). Firstly, this is a game that requires a bit of creative thinking and execution in order to get to your goal. Your knights can run, jump, occasionally hang onto ledges and, well, die. That’s it. Even though you unlock a greater variety of knight types as you move on (lance wielders, Viking helmet wearers, etc.) they all have the same purpose and the same utilization in the problem solving. Still, being creative lends itself to some fabulous moments. Frozen knights in blocks of ice can become floating platforms, maybe temporarily, to cross icy lakes, true enough. But did you know that dead bodies can act as excellent triggers for pressure sensitive panels? All you have to do is time it right when a buzzsaw flies overhead, jump into the whirling death with the resolve of a fanatic and boom! Problem solved! If you’re someone who has empathy or generally a bit of emotion regarding NPCs dying, you absolutely should NOT play this game. There are a fractionally small handful of levels that maybe could be beaten with no deaths, and none of them are at the beginning. Don’t do it to yourself: leave the curiosity in the bag.

Additionally, this is a puzzle game that plays out for the casually interested, the morbidly fascinated AND the stoically focused. You can beat the level in certain parameters in order to get stars and ranking on the levels. Only use a certain number of knights, beat it in a certain time, you know the drill, and all the requirements are daunting but by no means impossible. On the other hand, you can simply work your way forward to make the most convenient, least impactful path to the glory, and that’s good as well. Why worry about how many knights you use? They certainly don’t seem to mind! And, if you really want to exercise your psychotic/sadistic streak, you can simply try to pile as many bodies as possible into a single stage before getting to the cup, if only to see the awfully hilarious animation of how many knights the survivors needs to cart off the field at the end of a puzzle. You know there are some people out there who still play Grand Theft Auto just to kill civilians: those people will also want to see if they can hit triple digits in dead knights. 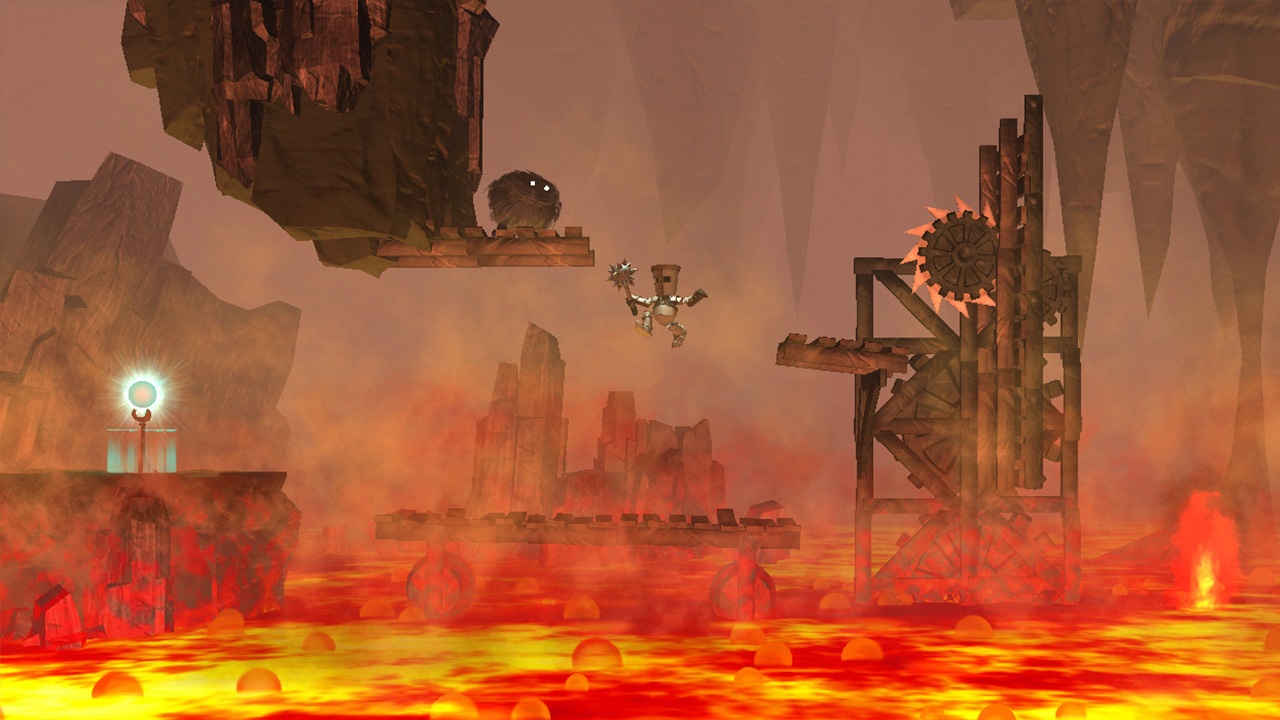 As a result to the approach, Life Goes On has a fair amount of replay value, but not enough to make back-to-back playthroughs a thing. The solutions, once you understand them, become obvious: just knowing that you can freeze knights into blocks of ice already gives you a couple of solutions for later on puzzles, though where they belong will still need to be figured out. The game is a pretty decent length for a “puzzle: game as well: it took me a couple of long playthrough sessions to reach the finale, and I know that I didn’t find all the secrets, since achievements did pop up on occasion. I suppose if you are a rabid achievement hunter, replay as soon as possible might be necessary, but I was more into the game itself, and so I hope that, by the time I’m ready to go back and play some more, those achievements are baked into the Nintendo Switch’s OS somehow. Seriously Nintendo, it’s been over a year and the Switch is still lacking unified achievements, online saves or even freaking folders. I seriously have to wait for Smash Bros before anything gets fixed, don’t I?

Lastly, as much as I love the game, this is another title that’s fallen directly into the “really simple, not great looking icon” category. With a single knight’s head against a start white background, Life Goes On has a kind of jarring, unpleasant look to it which does not mesh well on my Switch’s black background. It gets the job done, sure, but developers need to make sure they’re keeping in mind how their icon looks and how it compares to other games. At least for an aesthetic point of view, Life Goes On is on the same tier as Heroes of Monkey Tavern in terms of blandness, so I highly recommend it gets updated soon.

Still, the icon clearly does not affect the gameplay itself, and Life Goes On is darkly funny, well executed, smooth and simple on the Switch. Knights handle well, game install size is decent and the game length is absolutely worth the price and the time. If you’re a fan of bizarre puzzlers and want to give something new a try, Life Goes On is a great experience that only got a bit of attention on the PC and could attract a good fan base on the Switch.