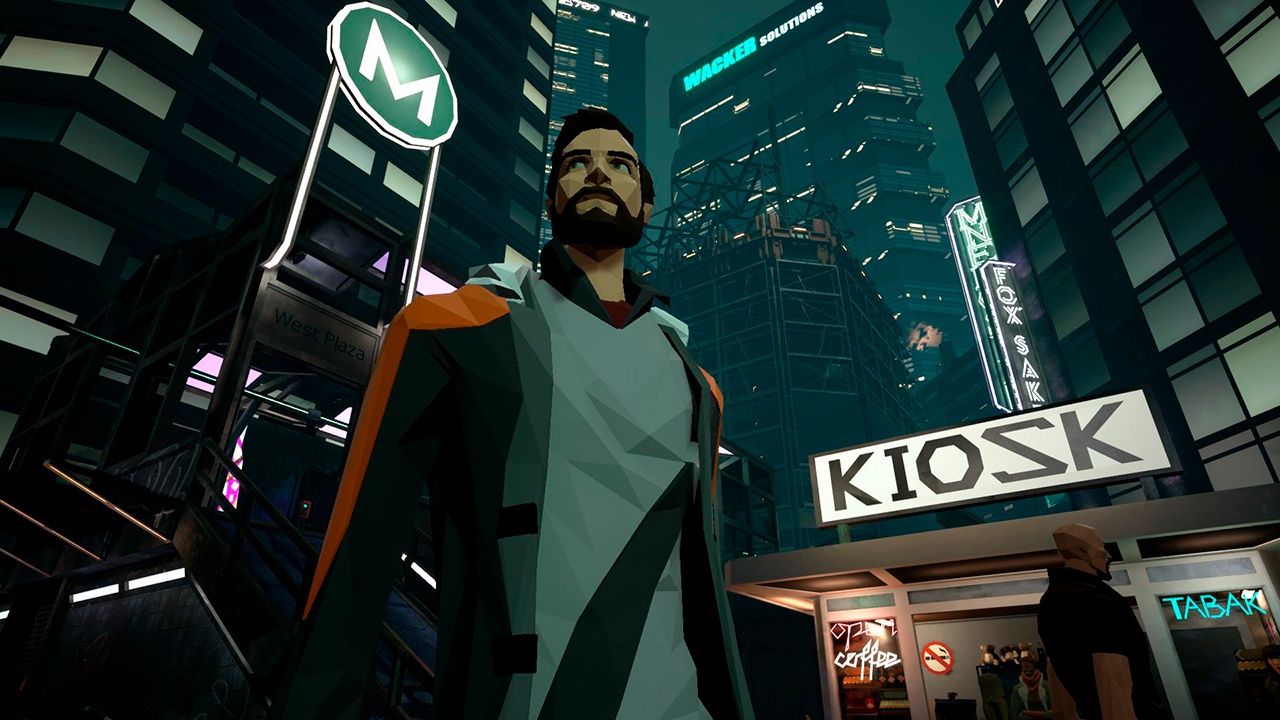 The future has always been a scary prospect. Whether you were sixteenth-century sailors embarking on a voyage to discover whether the Earth was really round or flat, or Yuri Gagarin being rocketed towards the first man in space; the unknown, or unknowing of your destiny can be a nerve-wracking experience. It’s a concept that is just as prevalent today, especially with the progress of the digital age, as the amalgamation of robotics, virtual reality and human life begin to evolve into an unknown future. Mass surveillance is already a part of our world, as is the concept of Transhumanism; the belief that humans can evolve beyond its current genetic makeup, boosting physical and mental limitations through the use of digital implantation. It’s the stuff of science-fiction, as well as nightmares. Like I said, it’s a scary thought.

It’s a series of subjects that is explored in Daedalic Entertainment’s State of Mind, a new and futuristic, interactive thriller that is out now on the Nintendo Switch. Set thirty years in the future, you play as Richard Nolan, a journalist and editor-in-chief for The Voice; a large, corporate media house within his home city of Berlin. After he and his family get caught in the aftermath of a road-traffic accident, a series of events begin to set him on a downward spiral that sees his private and professional life begin to fall apart, as his investigations send him into a world where the borders of real-life and virtual reality begin to blur into a vision of the unknown; yet contain a remarkable sequence of events that bear a striking resemblance to the events of Richard’s real-life.

The game plays in a similar style to a point-and-click adventure, but without the mechanics of its genre. Everything is set within a 3D world in which you fully interact with the environment by walking around, looking at and using items, taking transport to other areas and talking to people and robots. As you approach NPC’s or items, a choice of options are presented to you, allowing you to examine, pick up or use everyday items within the world around you. It gives the game a nice cinematic feel to it as you explore a series of living and breathing environments. 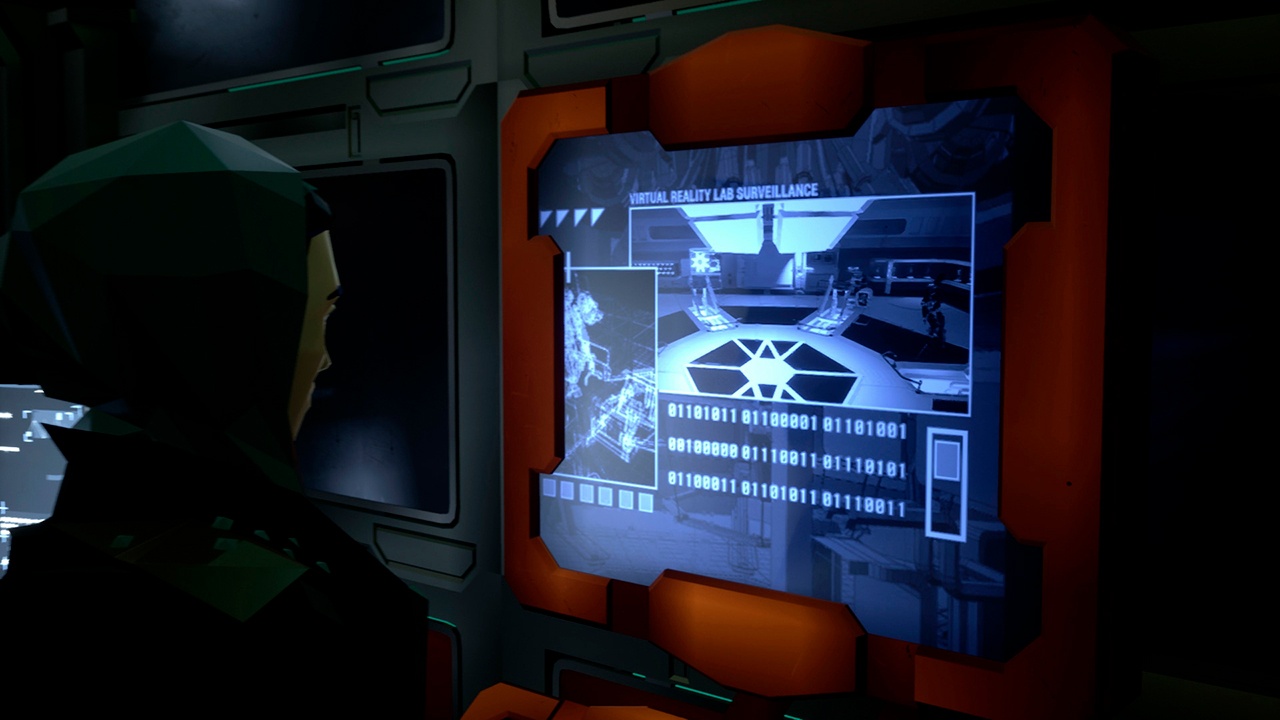 There are two distinct and conflicting worlds to explore here. One is a dystopian vision of Richard’s real world, with a city heavily inspired by the movie, Blade Runner, whilst the other is a virtual utopia of clean living. The narrative here is very story-focused, unravelling a complex plot that twists and turns on a roller-coaster ride that keeps you gripped with a firm hand on your controller. I can’t give too much away here with story or plot, as this would undoubtedly produce spoilers and this is a game that is best played with no knowledge of the content within. Honestly, you’ll thank me for it. All I can say is, that if you’re a fan of sci-fi movies, then this is a thrill-a-minute experience that keeps you guessing throughout its twenty hour or so play-through as you journey through the mind of Richard and the back-streets of a beautifully realised future Berlin.

Its pacing starts off on the slow side, but this is just a prelude to the ride that is awaiting you. Although its journey is set on a linear path, it is also a game that is based heavily on decision-making, producing a series of branches that lead onto multiple endings. However, there are also a number of puzzling elements, such as figuring out the solution to a series of problems, such as attaining the memory chip from your robotic butler, or hacking into surveillance drones in order to scan and identify certain individuals, plus many more fun activities to partake in. The main focus of the story centres around Richard. However, there are also another five characters with which you get to play as, giving you a series of perspectives within the real and virtual worlds of fragmented memories, but lives that intertwine with each other regardless of what form of reality they may reside in. It adds a nice touch of variety to the proceedings and nullifies any feeling of repetition within its gameplay.

The presentation values of State of Mind are superbly implemented throughout, with an astounding level of futuristic visions that range from instant food dispensers to a cloud hub that projects holographic imagery, to immensely awe-inspiring environments of the two worlds. The reality of Berlin is a dark and crowded place, with digital advertisement boards flying past windows to seedy back-streets that host all manner of robotic and human low-lives. It’s superbly contrasted with the whites and brights of the virtual world, with an equally impressive vision of the future, boasting personalisation to the ambience of your apartment, care-free lifestyles and open spaces that are filled with young lovers and floral decoration. 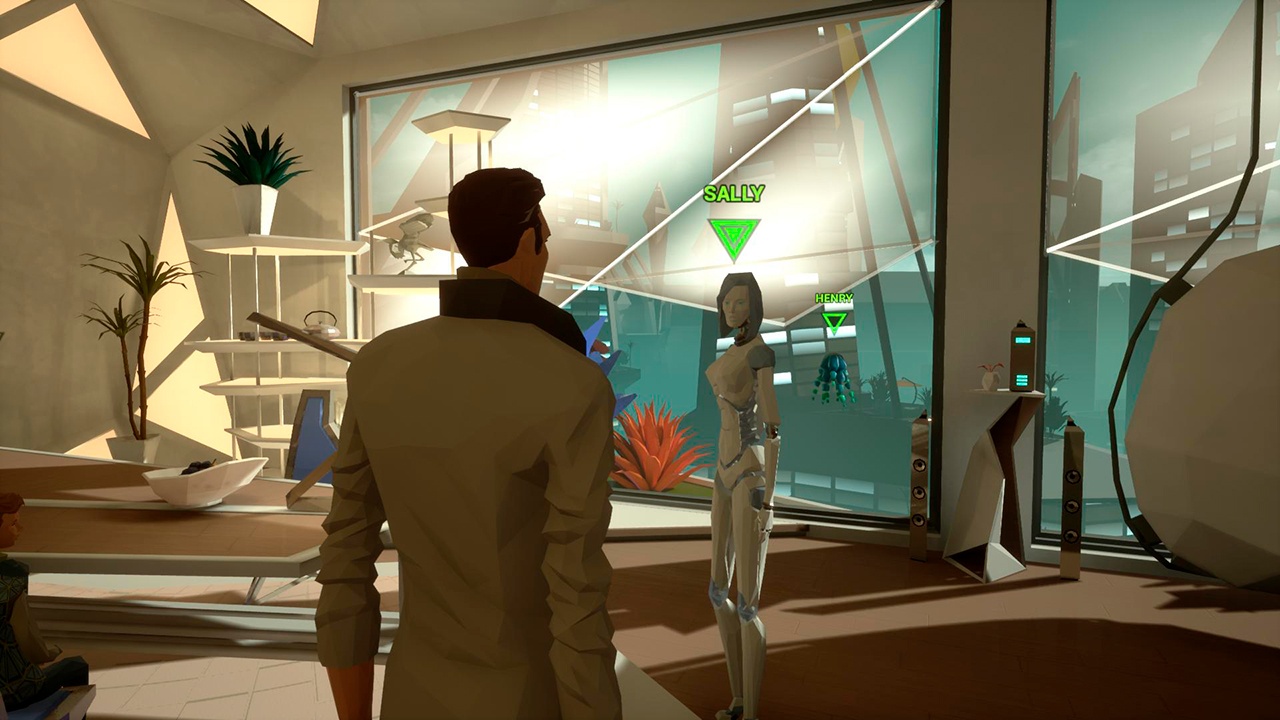 Despite the beauty of the presentations of the environments, character models are a little rough around the edges. Their modelling is borne from a series of polygons, producing a jarred aesthetic that takes some time to get used too; although the facial expressions work well, adding a touch of realism to the digital behaviours of their characteristics. Everything here is completely voiced too, adding to the cinematic presentation of the game. It really does feel as if you are interacting within a futuristic and digital world.

Its story is thoroughly engaging and involves a plot that both surprises and gathers momentum the further you delve into it; keeping you glued to the small screen and producing an intrigue that simply keeps you playing. State of Mind contains all manner of surprises throughout its play-through, from story and plot to gameplay and environments. It really is a treat to the senses and a thoroughly unique experience. If there’s one particular question mark that hangs over the game, then it has to be the long-term appeal of this title. With it’s linearity of story, once you have borne witness to its surprising conclusion, then there isn’t really much else to drag you back in, apart from trying to trigger an alternate ending to the one that you may have experienced. However, it’s a very thought-provoking game and one that is well worth experiencing.

Overall, State of Mind offers a very mature and unique insight into the possibilities of the future. Although primarily a point-and-click adventure in its basic premise, the mechanics involved in every part of its production produces a very different, yet thoroughly enthralling experience. Everything here gleams, from the impressive environments, engaging story and general gameplay. For its pricing, this is an affordable game that contains a triple-A presentation and is a must-own game for any fans of the science-fiction genre and most definitely a cult classic in the making.