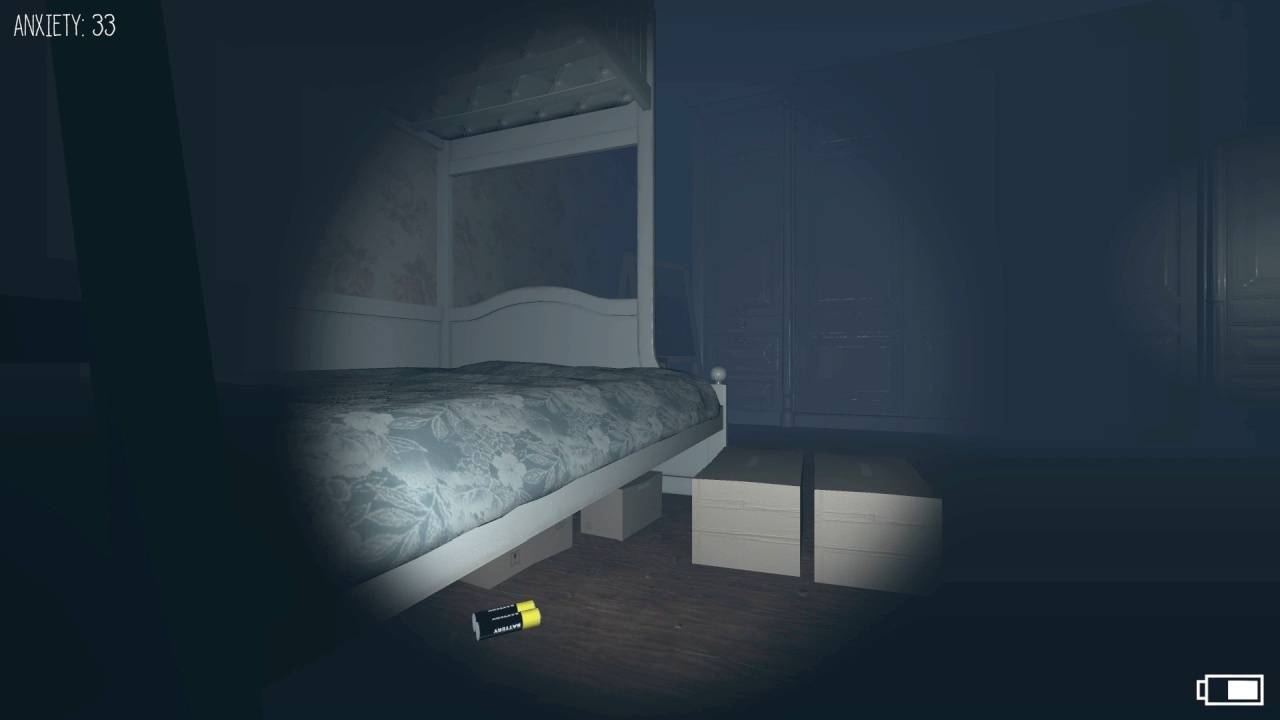 Jump scare games aren’t personally my cup of tea, but I can see the appeal for the most part. For one, they’re incredibly satisfying for the primordial part of your brain that likes the rush of adrenaline of being scared and then remembering you’re safe. For two, they don’t require you needing to know or care about the storyline: there always is one, but who cares, it’s about staying alive for a set amount of time. Lastly, they seem like an easy enough concept to execute in bringing your game idea to life. Make sure you’ve got enough conditionals to make the game challenging but not impossible, sprinkle in some time management techniques so that you can barely relax by the last night, and have a scary mascot or avatar or whatever to “reward” players who fail at the game.  For streamers who have younger audiences, these are a gold mine of low-cost investment with high yield.

Shut Eye is another example of the jumpscare genre, and it’s something that, potentially, taps into an even bigger part of the human condition. Instead of being set in a haunted restaurant or abandoned hospital or whatever, it’s set up in a child’s bedroom, and, spoiler, you’re the child. You gotta get through eight nights of sleepless anxiety, checking on various spots to be aware of oncoming spookiness. You’re armed with a flashlight and your music box, both of which use battery and the latter which needs to be rewound at some points. You can check the porch light to see what’s waiting outside, look above and below your bed to see what could be hiding, and hope that you get batteries when you need them and not when you don’t. Keeping the lights off builds your anxiety, meaning the apparitions will come more fast and furious and give you less time to deal. Make it to 7AM to survive your own mental breakdown/murder by lawn gnome. 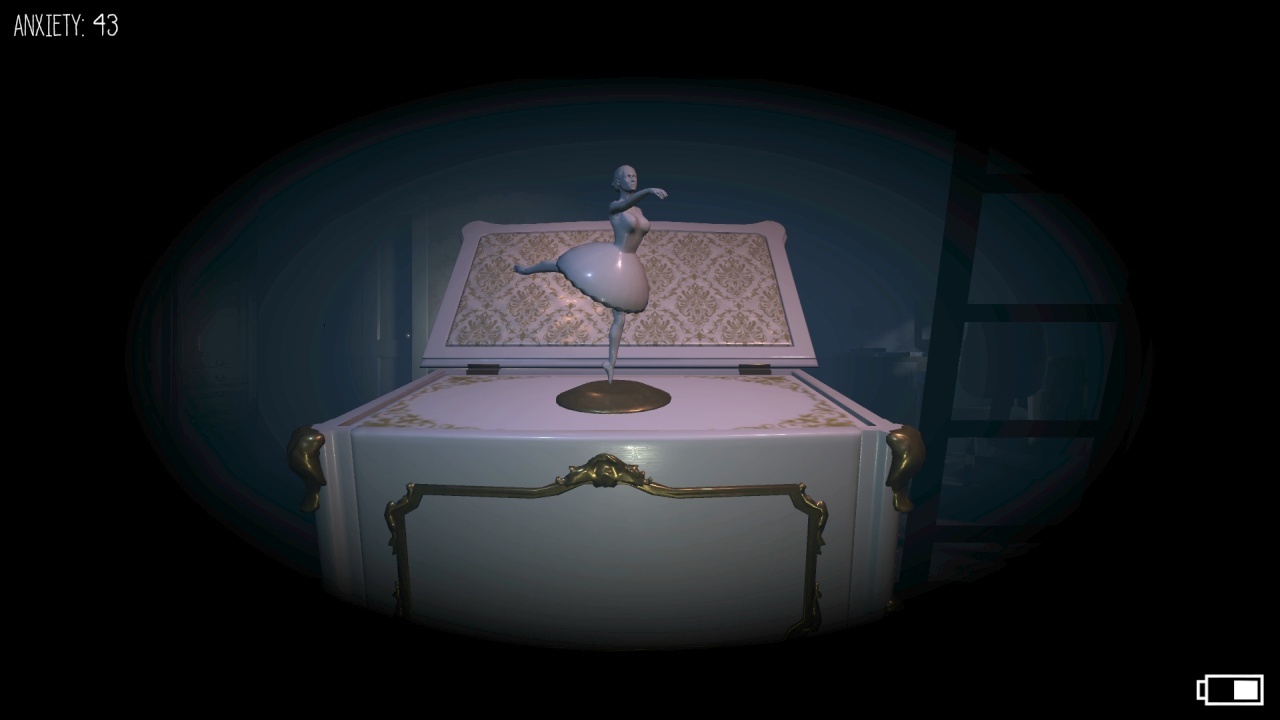 Immediately, Shut Eye (made by Hush Interactive and brought to the Switch by Forever Entertainment) taps into something that the others didn’t by dragging you back into a potentially real scenario you suffered as a youth. Sure, maybe you didn’t get menaced by the Travelocity Gnome or the baby spider from Toy Story, but there were probably at least a few nights when the house felt empty and you were too scared to call to your parents and confirm they were home and you just interrupted Night Court. The bedroom is just generic enough to ensure that there’s plenty of latent horror that you can recall yourself. Monsters coming out of the closet? Check. Something skittering under the bed? Double check. The top bunk apparently unoccupied except for by the occasional killer toy? Okay, a bit out there, but check. A private patio where terrible things lurk at 4 AM? Alright, not everything lines up with everyone, but there’s enough to, potentially, set up something decent.

And the sound and graphics of Shut Eye also give plenty to work with. The sprites and figures of the different monstrosities are somewhere between generic and crisp, giving them just enough unsettling detail to make the experience pop. Red, glowing eyes on a gnome are cliche but effective. Empty eye sockets in abandoned baby dolls will never not be terrifying, so good on them there. And the life saving batteries glow with the promise of living to see a new day, so you feel a small rush of relief every time they appear in your vision. Top that off with the creepy, atonal chiming of the music box, the scattered scratches and shuffles of oncoming horrors, and the inevitable scream and static as your luck runs out. But that’s the unfortunate word to use here: luck.

No matter how you decide to approach Shut Eye, there is far too much that ultimately comes down to chance in being able to move ahead in this game. The generations of each “night” hold a general progression of difficulty, but there isn’t a definitive number of monsters or their aggression per level. The first time that I played, I was dead before 2 AM because I couldn’t figure out what to do to keep the gnomes from ripping off my face. You get a button tutorial, but you have no idea what any of them do in relation to staying sane until you figure it out yourself. Also, the gnome just sat on the bed and stared at me for a few seconds before it finally went for my jugular, lulling me into a state of confusion. The second time through, I died right at 7AM because the baby spider waited for the last second to go for the kill, mostly because I had run out of batteries because I accidentally grabbed them within the first minute of the game. You don’t get a choice of whether you get to pick up the batteries or not: it simply happens. Woe unto you if you find them early on just because you were checking on potential murder. 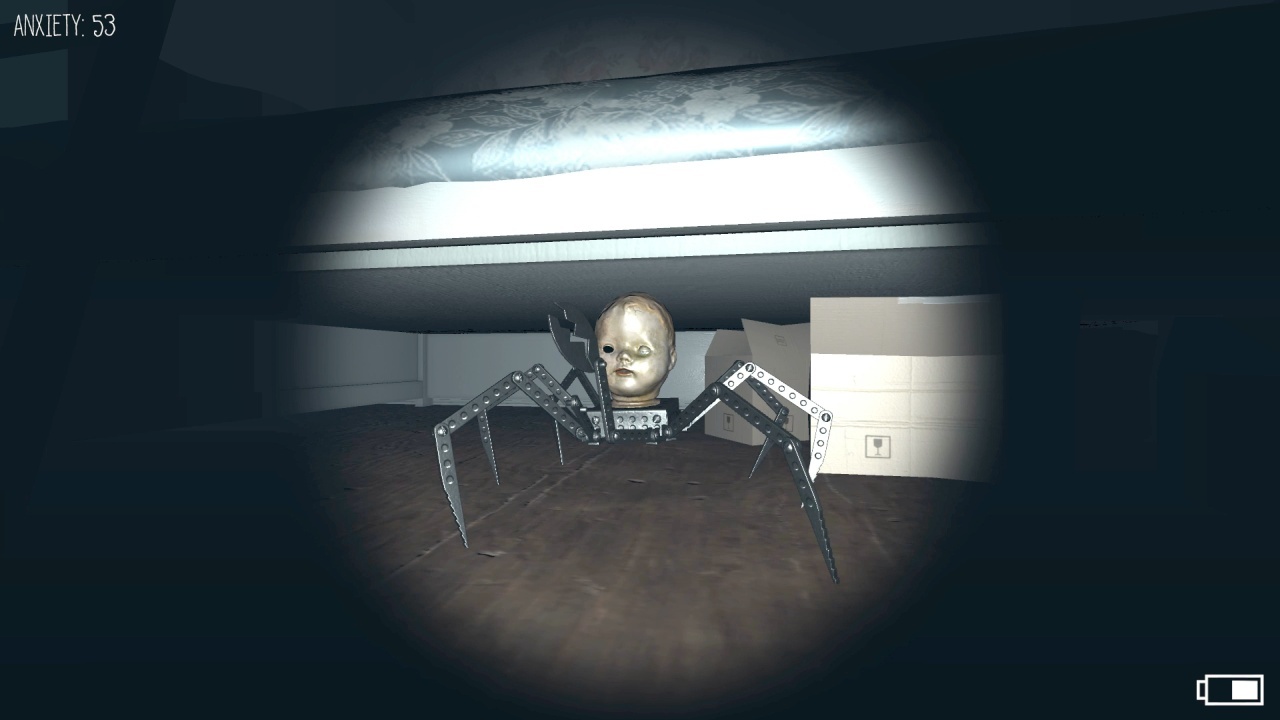 If the randomized difficulty wasn’t bad enough, there are technical errors as well. Shut Eye works perfectly well in handheld mode, and I was able to use touchscreen and button controls equally, though I highly recommend avoiding touchscreen if you want any real semblance of control. But, when I docked the game, suddenly the buttons of the JoyCons ceased to work. Let me be clear: I stopped and started the game multiple times, and the ABYX buttons straight up did not register with my perfectly good, worked on every other game, day one JoyCons. When I started the game handheld and then docked it, I was doomed to die, as I could look at the oncoming disaster but not actually do anything about it. Eventually, it was the love and support of my faithful SN30PRO that saved the day, and by that I mean it worked and I was able to go ahead and die a bunch at the hands of some creepy, undulating baby dolls. Thanks?

There’s a weird fandom that keeps a much more popular franchise of jumpscare games in business, and that’s because they’ve interwoven this bizarre lore and history into the games, not to mention there has been some progression in terms of gameplay and execution. Shut Eye doesn’t have any of that: there’s nothing behind why your character has such bad nighttime anxiety, nor why the gnomes keep infiltrating her bedroom. Everything feels left to chance, nothing feels skill based, and, if you manage to luck your way through all the nights, there isn’t anything that makes you feel accomplished in the end. I can’t say the game isn’t totally without value, as I’m sure it’ll be a fun afternoon for people who enjoy this sort of game, but it’s not something I would go out and look for. Hopefully the technical flaws are ironed out soon (or, better, unique to my experience) and maybe this game can find purchase from those who enjoy being scared by predictable patterns. In the meantime, though, I’m gonna go lock the closet again, because I definitely got the heebee-jeebees, if nothing else.

Shut Eye might give you a few good startles, but it’s doubtful you’ll have any trouble sleeping when all is said and done.