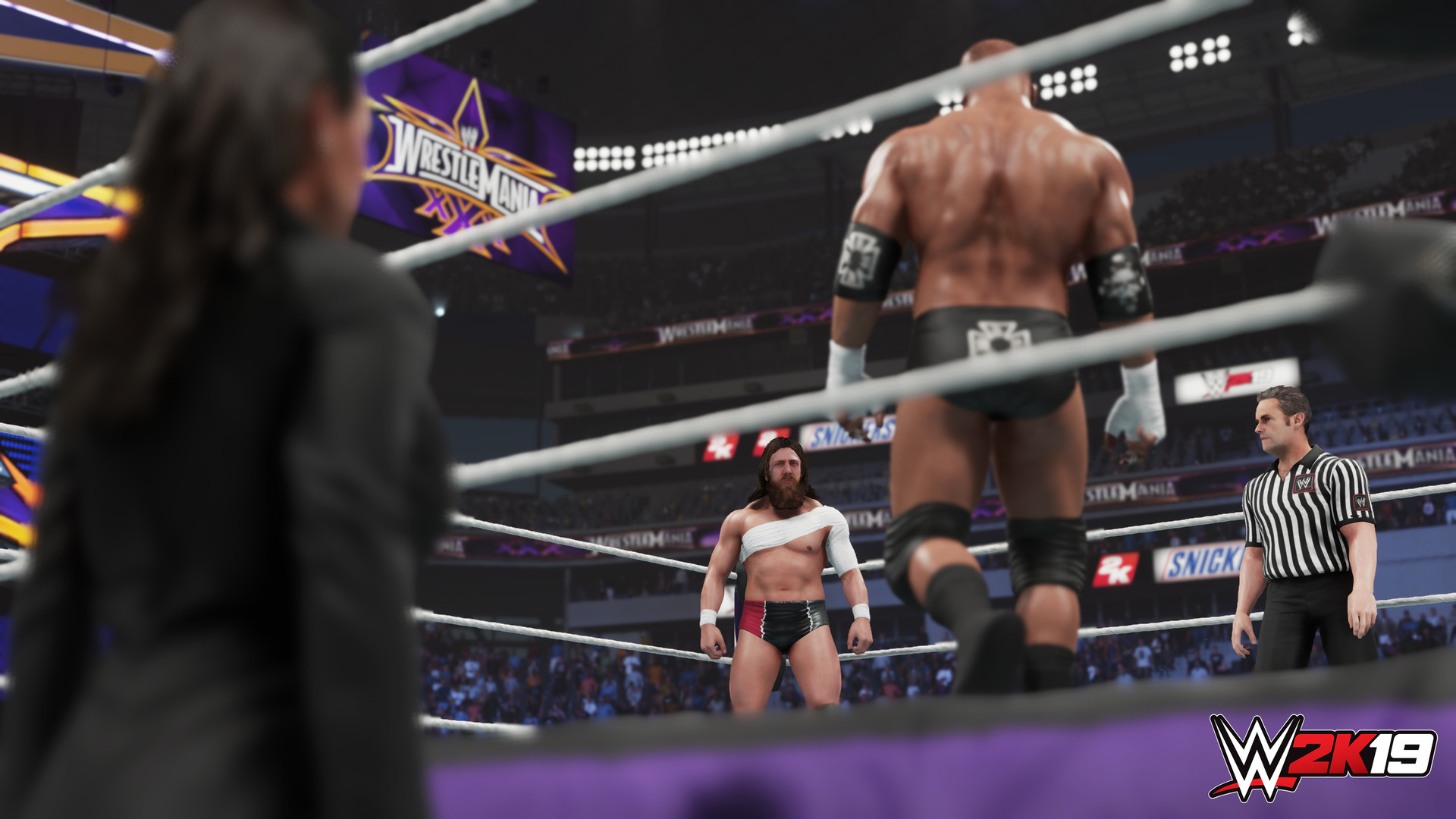 While the WWE 2K series has always had the razzmatazz and extensive licensing to ensure a decent level of commercial success (it will certainly sell a damn sight better than Fire Pro Wrestling World), a creaking engine and lack of genuine innovation has curtailed its progress this generation. Sure, the games are rarely bad (ok, WWE 2K18 was pretty bad), but they are never great either, and while I wouldn’t go as far to say that WWE 2K19 is a ‘great’ game, it’s certainly one of the better games in the series (probably the best in my opinion), and is a huge improvement of its incredibly disappointing predecessor.

Is it as good as Fire Pro Wrestling World? No. Is it as good as the AKI Corporation (now, Syn Sophia) developed wrestling games on the N64? Not a chance. But judged on its own merits, Yukes and Visual Concepts’, WWE 2K19 is a perfectly enjoyable and feature rich wrestling game that fans of the sport are likely to enjoy a great deal. It still has a few legacy problems and the microtransactions remain unsavoury, but it’s a definite step in the right direction after last year’s fumble.

Let’s get the major issues out of the way first though – the microtransactions. While not quite as unsavoury as they have been in the past, they are utterly imbedded into the otherwise enjoyable MyCareer mode. This opportunity to take a created wrestler (the creation tools remain fantastic) from amateur all the way to Wrestlemania should be the high point of the game, but thanks to a slow progression system clearly aimed at encouraging the purchase of loot boxes, it ends up feeling like a complete slog. It’s a shame too as, despite some rather inconsistent storytelling, presentation and voice acting, at its best, MyCareer is as fun as you might have hoped. 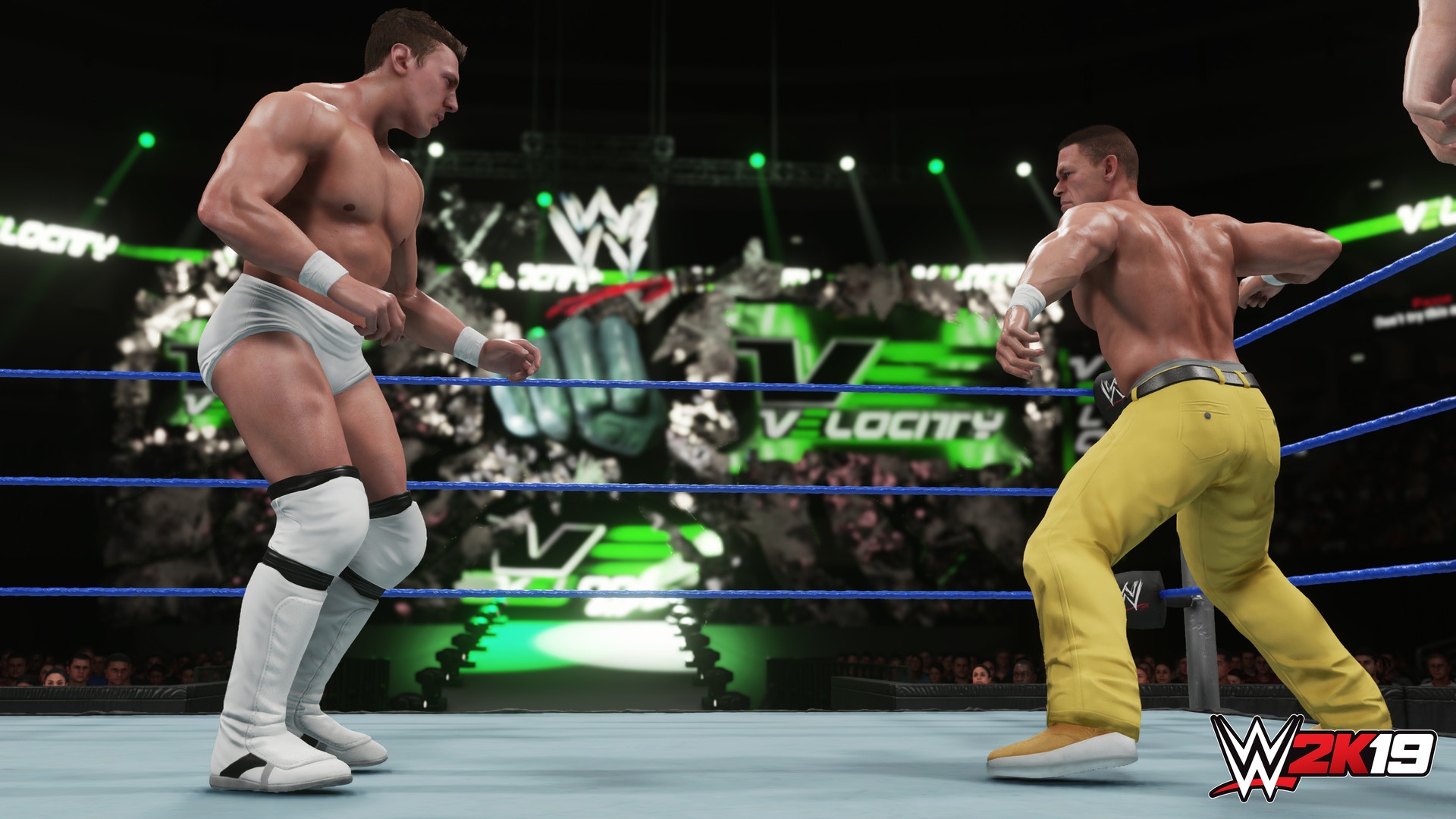 Luckily, this emphasis on microtransactions isn’t nearly as prevalent in WWE 2K19’s impressive selection of other game modes. While many will be very familiar to those who have played previous games in the series, the likes of MyUniverse remain robust and largely enjoyable time sinks. Showcase mode too, something that was criminally absent from WWE 2K18, makes a much welcome return for 2K19. It might not do anything particularly new with the format, but the Showcase mode has always been something of a highlight, and so it proves yet again with the Daniel Bryan-led narrative.

As always, this mode sees you taking on the key moments in Daniel Bryan’s career as the hugely entertaining documentary style presentation gives way to playable moments from the key points of his career. Yes, the narrative is probably more enjoyable than the actual gameplay, and the lack of checkpoints during matches that require specific tasks to be completed can be infuriating, but make no mistake, Showcase mode is as fun as ever and one of the undoubted high points of this feature rich package.

As good as Showcase mode might be though, as all-encompassing as MyUniverse certainly is, it’s WWE 2K19’s newest addition that will arguably provide the most enjoyment for veterans and newcomers alike. Tower mode, while relatively simplistic, proves hugely entertaining and almost infinitely re-playable. These towers offer an array of bonkers challenges against the WWE’s finest as you make your way from one unique event to the next. Whether it be victory within a specific timescale or dealing with increased speed, Tower mode is home to a huge number of constantly varying modifiers that ensure no two matches are ever the same. It’s hardly unique to WWE 2K19, but it’s brilliantly implemented and makes the most of the games’ improved balance and fundamental gameplay quality. 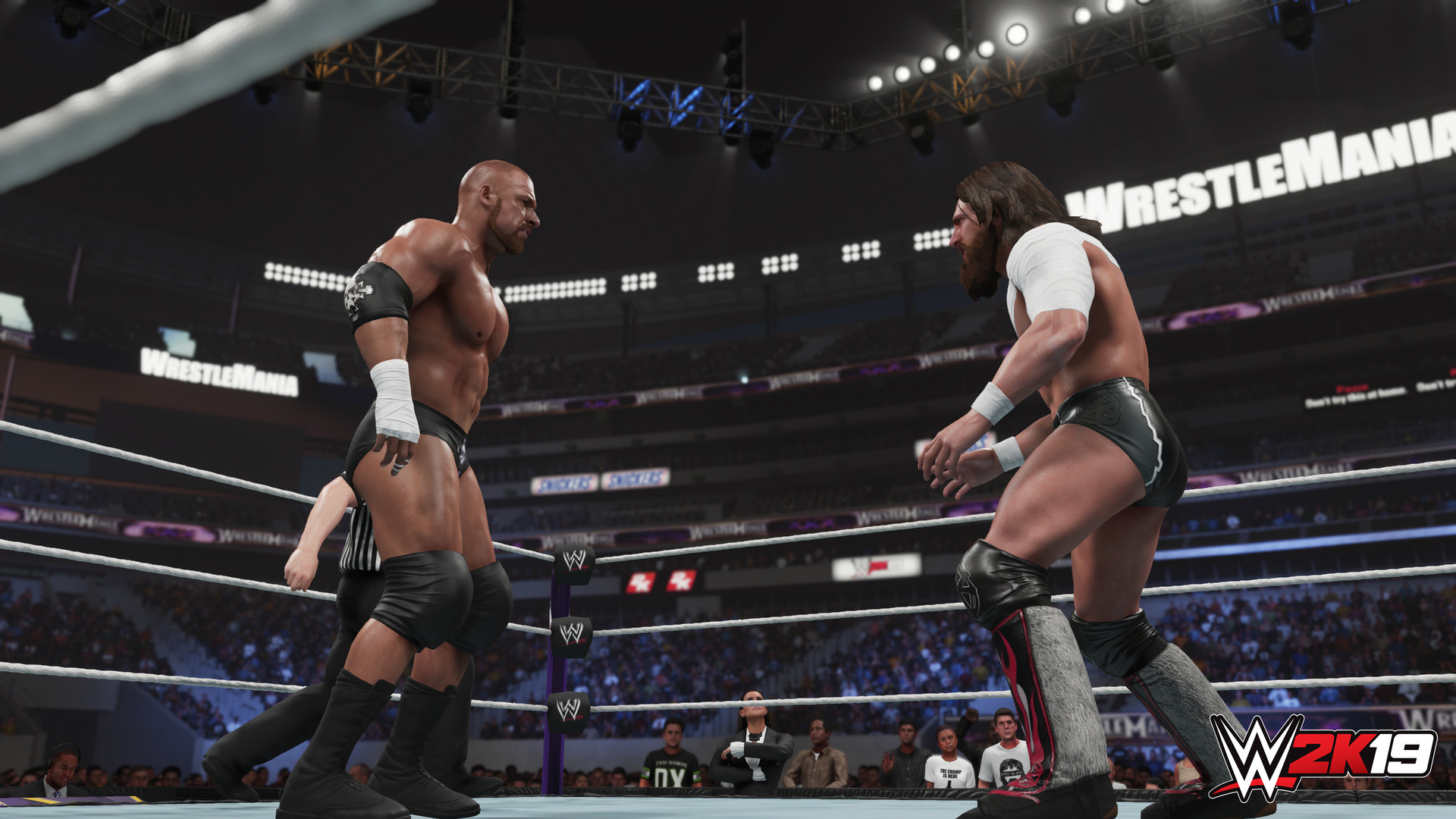 And that’s what invariably matters most – it’s all good having all of these game modes and content, but as always, it matters little if the fundamental gameplay isn’t up to scratch. Luckily, WWE 2K19 is arguably as good as the series has ever been in the ring. The engine is still in need of updating and many of the minor bugs that have plagued the series remain, but by finding a finer balance between simulation-style depth and accessibility, WWE 2K19 delivers the finest mechanics of the series to date. It’s welcoming to newcomers while delivering a huge amount of depth for long-standing fans of the series. Oh, it’s also plenty of fun; whether it be a punch to the face, a flying elbow off the top turnbuckle or a steel chair to the noggin’, the action in WWE 2K19 feels responsive and impactful.

With a great roster of new and old wrestlers (thank God – most of the new wrestlers are pants), refined core mechanics, the return of Showcase mode and the introduction of the brilliant Tower mode, WWE 2K19 represents a huge improvement over its bitterly disappointing predecessor and arguably the finest game in the series to date. The ageing engine and questionable microtransactions ultimately keep it from greatness, but this is a major step in the right direction for a series that appeared to be on the wane.

WWE 2K19 represents a huge improvement over its bitterly disappointing predecessor and arguably the finest game in the series to date.