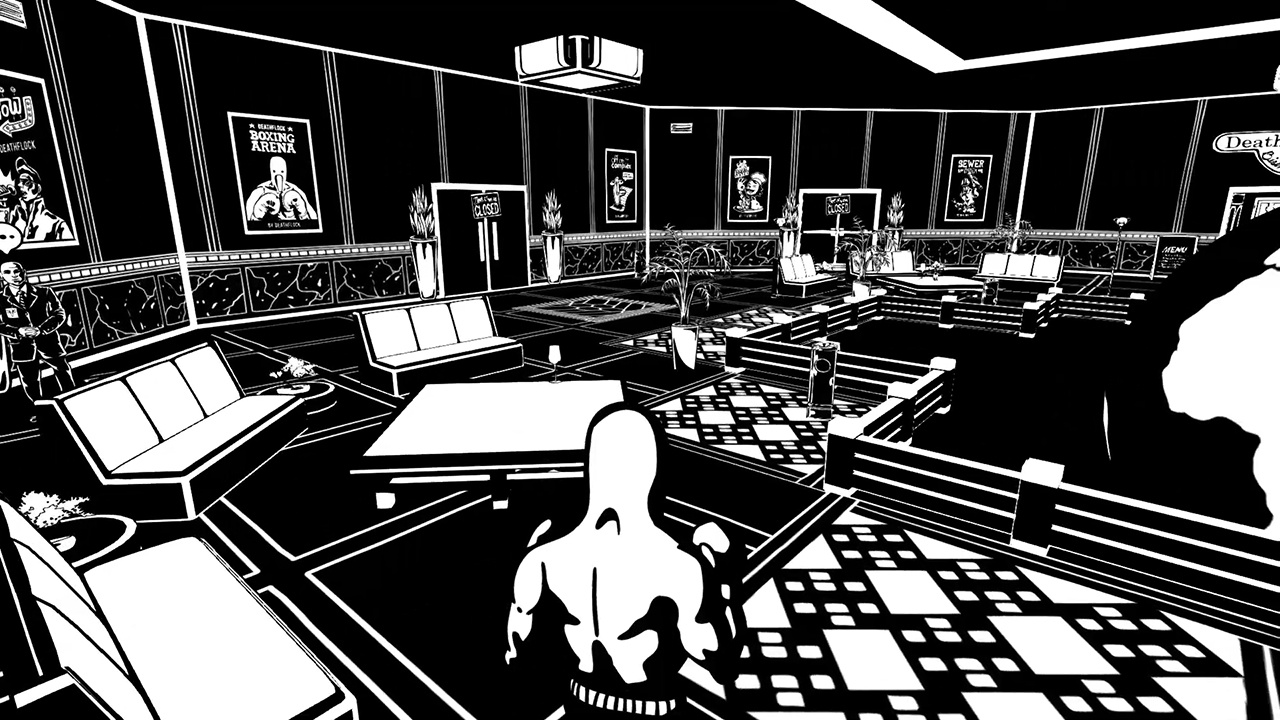 Punch-Out!! on the NES is without question, one of my favourite games of all time. With its simplistic but timeless visuals, unforgettable cast of characters and pitch perfect and still somewhat unique puzzle-based gameplay, it remains as playable and addictive today as it was upon its initial release way back in 1987….dear God, 1987!?

While Super Punch-Out!! On SNES proved a decent follow-up and the criminally overlooked Wii version delivered an exemplary modern-day interpretation of the original, I’d argue that none of the games’ subsequent sequels have quite managed to re-capture the magic of the 1987 classic. Sure, like those games, the utterly bonkers, Pato Box certainly falls short of the original Punch-Out!!’s greatness, but it’s still a very decent attempt at bringing this rather unique formula to a new generation of gamers via the Switch and a brilliantly insane reaction-based brawler in its own right.

Despite its success and peerless mechanics, very few games have attempted to ape Punch-Out!!, with most boxing games invariably going for a more realistic and slower-paced approach. Pato Box bucks that trend by going for the more twitch-based puzzle inspired gameplay made famous by Punch-Out!!. In fairness though, given the fact that the lead character is a human with a  duck for a head (or a duck with a human body?), I guess a realistic approach was never really on the cards.

While I’d love to see somebody release a genuine boxing simulator (what’s going on EA!? – forget that UFC nonsense and get to work on a new Fight Night!), getting what is, in mechanical terms at least, an unofficial Punch-Out!! follow-up, certainly isn’t something to be scoffed at. It helps of course that, distinct visuals, duck heads and bizarre narrative aside, Pato Box really does play a great game of arcade-style boxing. 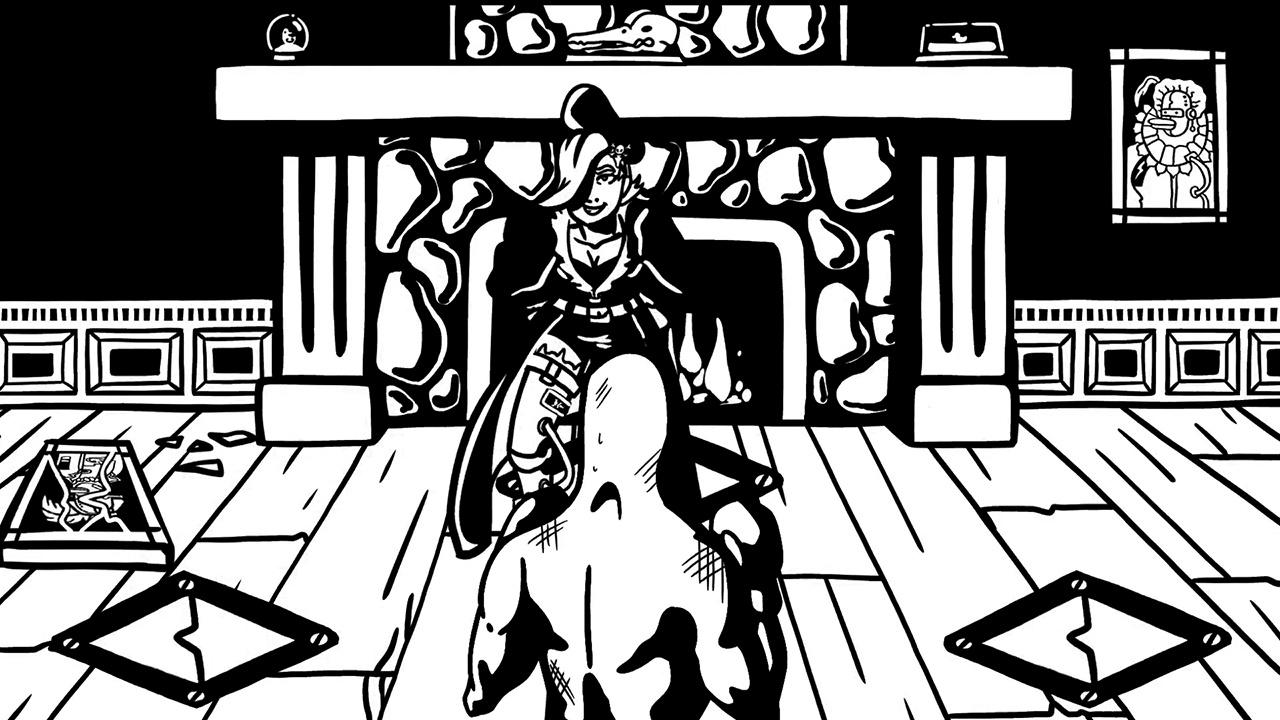 In terms of those mechanics, well, it really is Punch-Out!! to a tee with almost the exact same control scheme, viewpoint and reliance upon pattern recognition helping to define an experience that will feel immediately recognisable to many gamers. Dodges, blocks, punches to the body and swift rising uppercuts more akin to Ryu and Ken than Anthony Joshua or Tyson Fury are very much the order of the day here (there are motion controls for those interested, but while they certainly work, given the nature of the game and importance of accuracy and timing, it’s had to recommend them over the more traditional control scheme). The bosses too are all suitably unique, and while few are as memorable as the likes of Soda Popinski, Bald Bull or, yes, Mike Tyson, Pato Box still manages to deliver an enjoyably ridiculous rogues gallery.

The big difference here is the importance placed on narrative and its subsequent effect on the gameplay. Rather than the bunch of larger than life but admittedly stereotyped boxers made famous by Punch-Out!!, Pato Box is home to a genuinely unique collection of enemies that rarely have much at all to do with boxing. Most of the time you’ll be facing off against armed gangsters with only your boxing skills standing between you and what I would assume to be certain death.

This doesn’t change the core mechanics, but it does change some of the challenges you’ll come up against. Beyond the usual dodging and reacting you’ll be doing against the core combatants, you’ll also be testing your skills against an array of environmental obstacles – sometimes between fights, sometimes during. They all work well enough, but those that pop up mid-fight can be rather unforgiving and with no checkpoint system, one minor error can soon see you swiftly defeated and sent back to the start of the fight. Like Punch-Out!! before it, Pato Box is a relentless challenging and occasionally brutally difficult experience.

The obstacles between fights are part of the story mode’s unique mechanic that allows you to explore areas between fights – this does add longevity to the game and increase the relevance of Pato Box’s narrative, but these sections only provide a modicum of enjoyment and might well prove something of an unnecessary hassle for Punch-Out!! purists. Luckily, there is also an arcade mode that gets straight to business and completely does away with the more adventure-based aspects of gameplay. 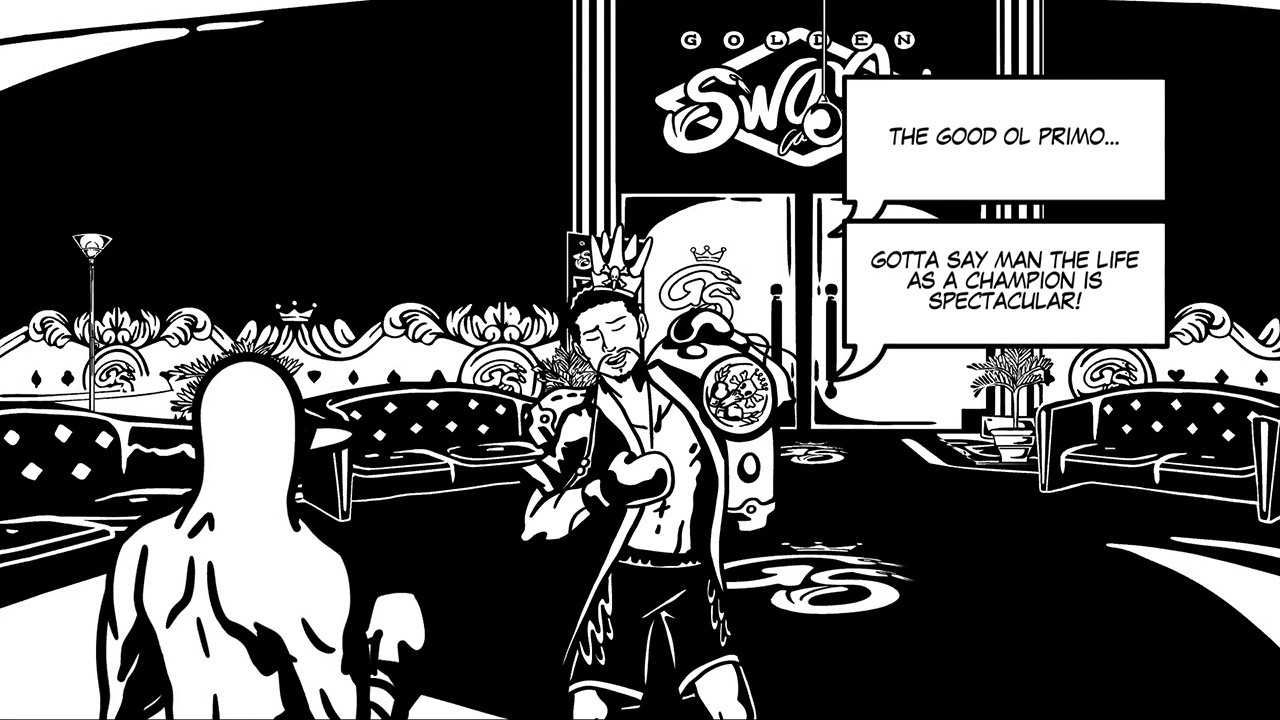 Saying that though, by going straight to Arcade Mode,  you’ll invariably be missing out on the story and Primo’s crazy quest for vengeance (Primo being the eponymous Pato Box…….or that boxer with the duck head). The story is utter nonsense of course, but it’s enjoyable nonsense all the same and is elevated by the game’s fantastic MadWorld inspired black and white visuals. The visuals do occasionally make reading patterns and moves trickier than they were in Punch-Out!!, but they undoubtedly give the game its distinctive edge with a few careful camera moves also adding a sense of additional drama to many of the battles.

It might lack the nuance and refined brilliance of the original Punch-Out!!, but as a spiritual successor, Pato Box does a great job of capturing the puzzle-based madness and unforgiving pattern recognition gameplay of its inspiration. The adventure mode is a bit hit and miss, but in Arcade Mode, Pato Box shines with its unique aesthetic, great soundtrack and host of utterly bonkers characters doing a great job of setting it apart from Nintendo’s more refined but arguably less imaginative, Punch-Out!! series.