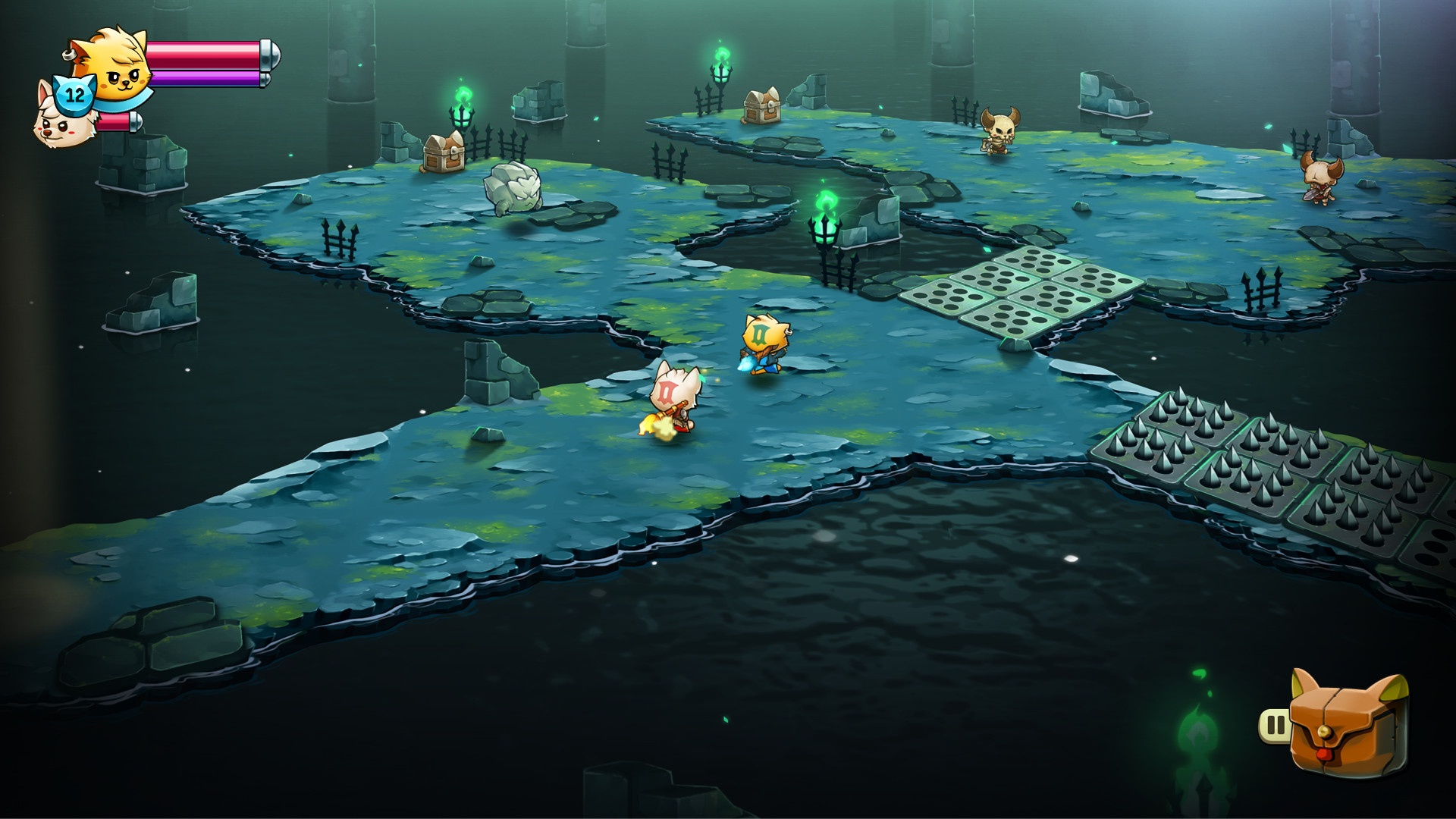 So many RPGs take themselves too seriously. I love The Witcher 3, but it doesn’t fit into my idea of relaxing, with the whole “saving your daughter & the world” plotline. Sometimes you just want to, I don’t know, sit down and chill. A chill, fun game can solve even the most stressful of days.

Cat Quest II fills in that chill RPG niche I so desperately crave. From the story, to the second-by-second gameplay, Cat Quest II continues to impress me. So, what is it about Cat Quest II that earns such high praise from me?

The main attraction of this game is the chance to play as a cat. Robbed from your thrones, you and your furry wolf companion join forces in their crusade against corruption.

Felingard, the kingdom of cats, and the Lupus Empire, the empire of all dogs, have waged war against each other. The people responsible? Your usurpers. The story revolves around you adventuring through both of these lands in order to take back your thrones and bring peace to the lands.

The setting, story and characters ooze charm. The characters are funny & memorable, the locations are fleshed-out and constructed with extreme detail, and the dialogue? Filled with cat/dog puns. And yet, I never got tired of those puns!

I want to take some time to commend the artists and designers behind the art style of Cat Quest II. The graphics pop, helping the game retain its charm. The vivid colors and simple art style combine to make one of the prettiest indie games I’ve ever had the pleasure of playing. 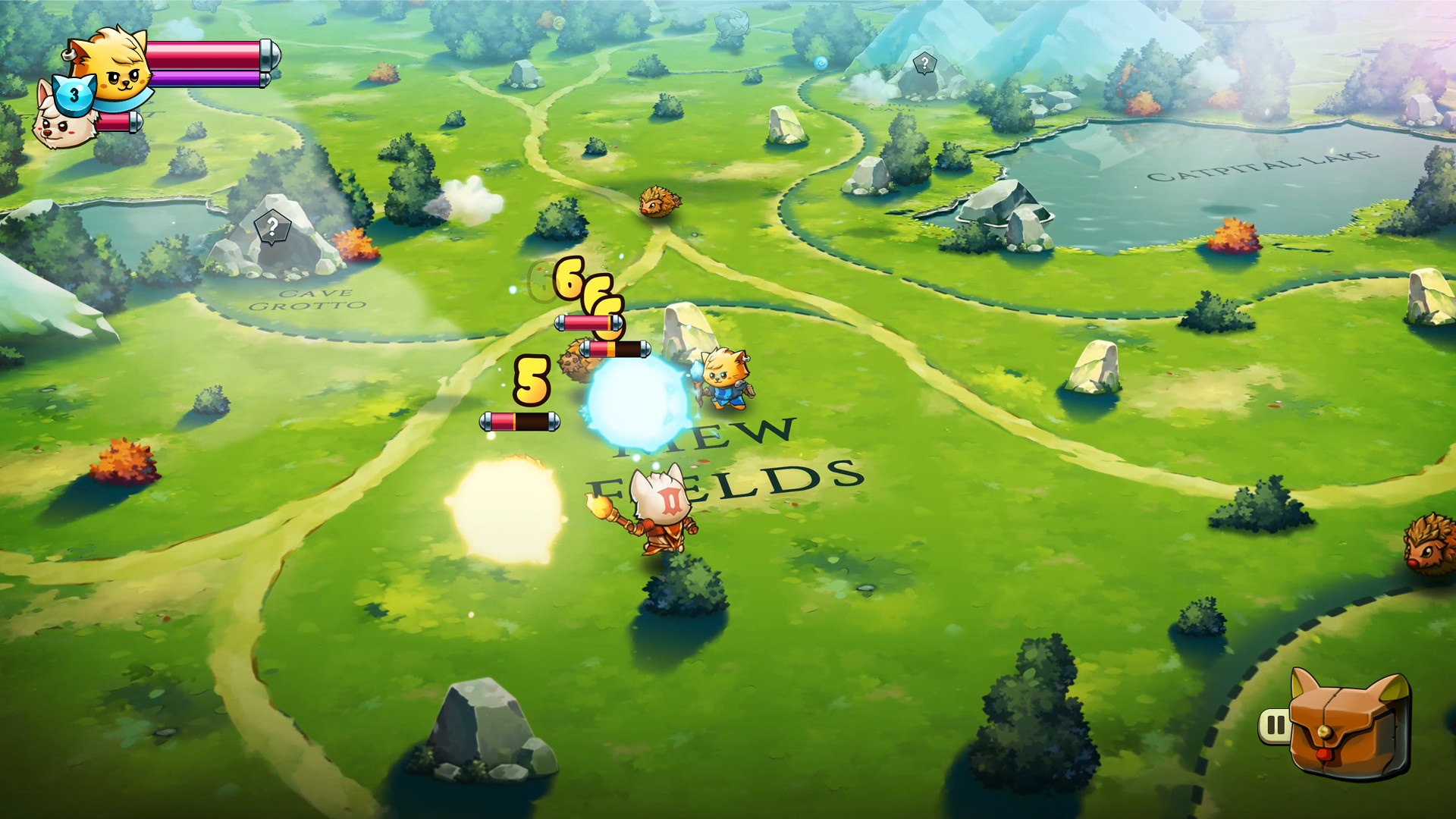 And the sound design? Beautiful. It’s immediately obvious from the moment you start up the game. Cat Quest II’s music is relaxing and cute most of the time, though there are times the game takes an eerie turn and the music follows suit.

Enemies, allies, and strangers all sound unique as well. Whether it’s the sound of a demon’s mace hitting the ground, or the pained purring of an enemy cat soldier, I found myself constantly impressed by the sound design.

Throughout your journey in this beautiful world, you’ll fight monsters, corrupted rulers and even gods. Don’t worry, though—you won’t be without an arsenal. Cat Quest II gives you access to a variety of weapons, from staffs that let you shock your enemies, to swords that would put Thor’s hammer to shame.

You also have access to magic spells. Want to rain down a thunderstorm on your enemies? Done. Want to use a black hole to suck your enemies into the fourth dimension? Easy.

That said, Cat Quest II’s combat is pretty simple. Most of the time, all you need to do is mash the attack button and dodge when you see a red circle form under you. This isn’t a bad thing, just don’t expect a fleshed-out combat system.

However, that’s not to say the game doesn’t get difficult. Later on, in the story—about midway through—the game experiences somewhat of a difficulty spike. Again, it’s not super difficult, but it is noticeable. 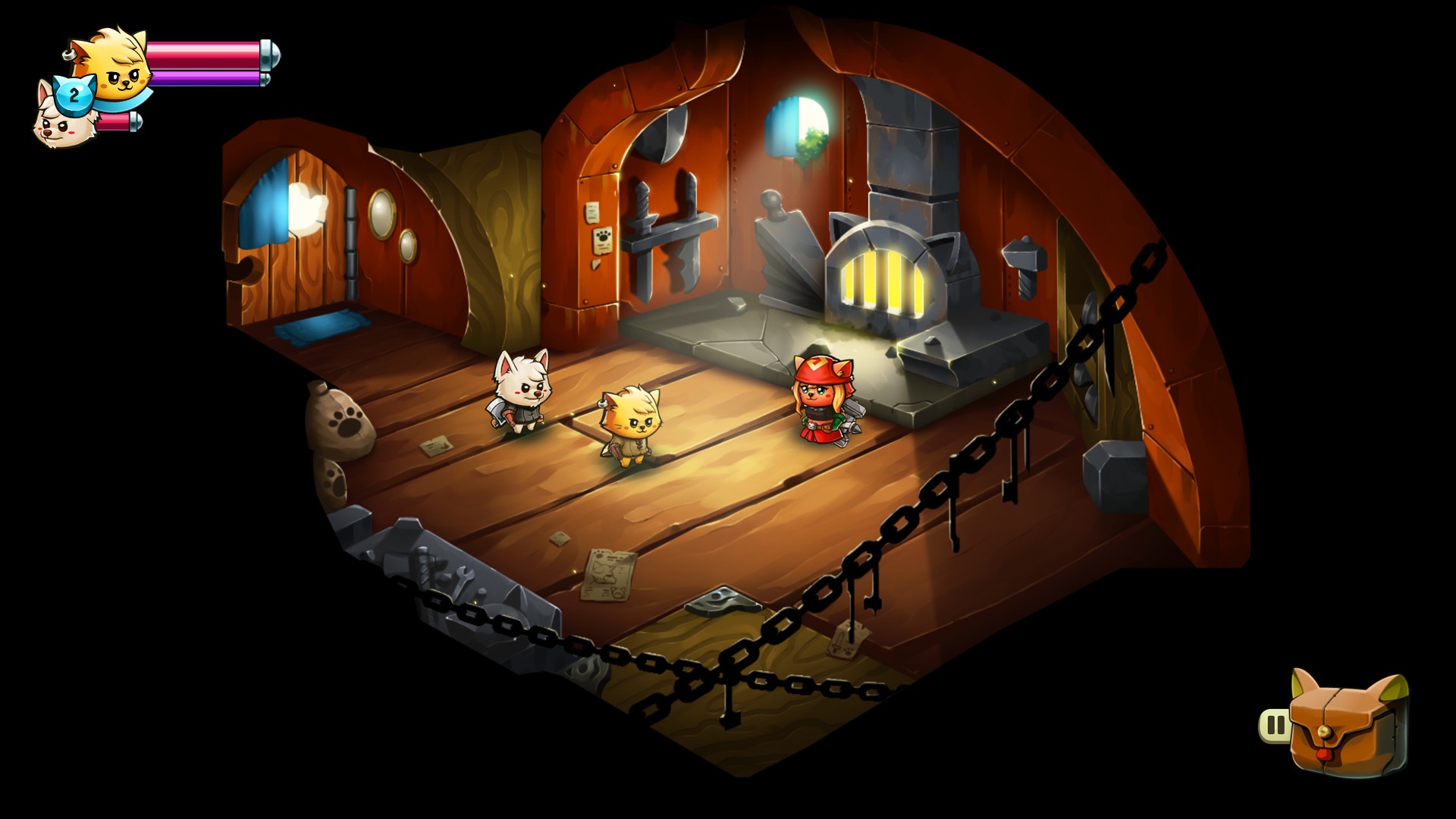 Finally, let’s talk about the endgame content. Yes, there is an endgame in Cat Quest II. I beat the main story of the game at level 85, but it’s worth grinding to level 100. You can do this by completing any of the 67 side quests in the game. Once you do, the game opens up dramatically.

The main fixture of Cat Quest II’s endgame is to collect “golden keys”, which allow you to open the various golden chests located across the map. There are also some caves and locations which contain armour, weapons and magic spells to collect.

It’s not the most fleshed-out endgame you can find in an RPG, but the fact that there is an endgame at all surprised me. I beat the main story in around 6 hours, but I’ve spent an equal amount of time levelling up, doing more side missions and collecting golden keys.

There’s not much else I can say about Cat Quest II besides buy it. It’s a unique experience, clearly made with passion, that exceeded all expectations I had for it. If you haven’t played it, please do.

Cat Quest II succeeds in telling a great story, providing fun, relaxing gameplay, and creating a beautiful world to explore. It’s not a stretch to say it’s one of the best RPGs I’ve played in a long time.