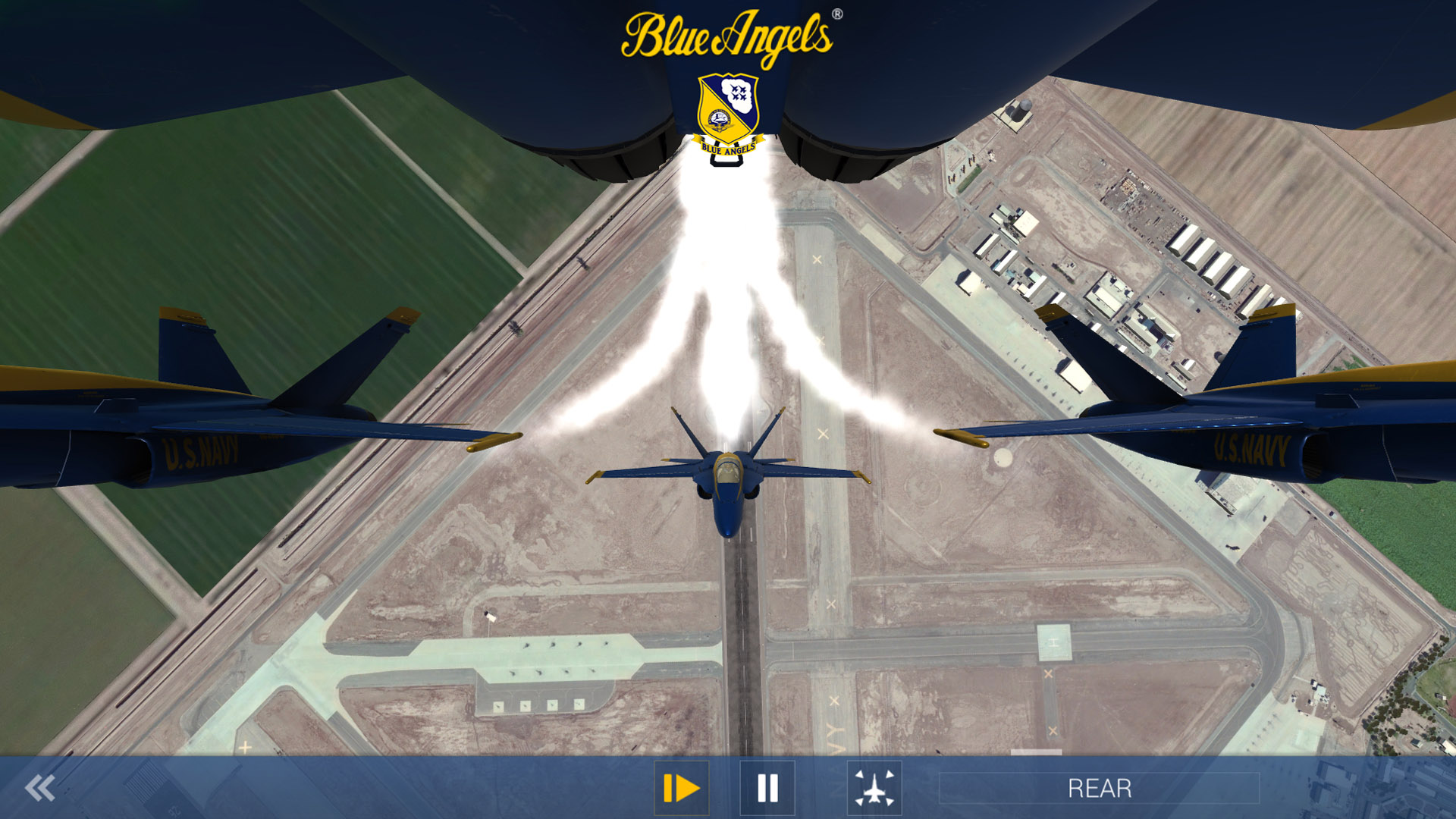 Simulators, especially of the niche kind, seem to be in vogue – in this day and age. As nearly every single game, with the word ‘simulator’ in its title seems to make it big. However, at times, certain games which are brandishing the said key-word, fail to reach the heights of the now infamous Goat Simulator, or the rather mindboggling Farming Simulator 20XX. And while many may attribute the failure of certain simulators to oversaturation of the market, then it has to be underlined that certain sims, such as 2017’s Blue Angels Aerobatic Flight Simulator, are simply not very good. And that’s not necessarily because they’re offensive, or downright bad, but because they’re simply ordinary and boring. 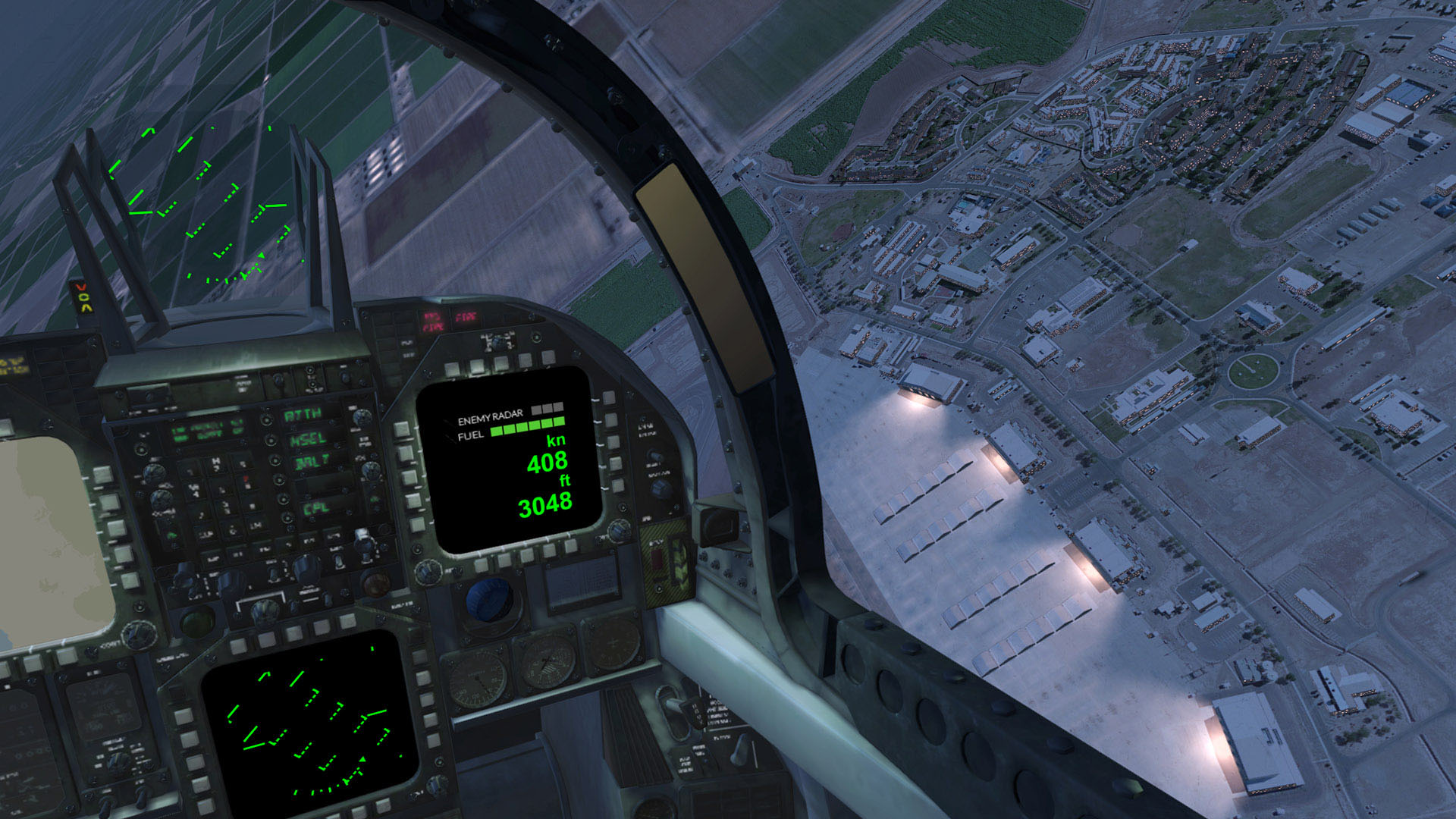 The title at hand calls itself a simulator, which is proudly licensed by the U.S. Navy. However, besides of the two planes, which can be found in game within minutes, there is not much else that has been licensed by the above-mentioned U.S. Navy. There are no bases, there are no pilots, not even a hint of trivia, there is literary nothing besides the two planes, and a single low-quality, air base and a nondescript map, which is downright insulting to any paying customer. In short, Blue Angels Aerobatic Flight Simulator, is simply lazy, and lacks any shape or form of effort, throughout. But it is not because it has been built in mind with the lack of effort, or brash laziness. No, it’s because it is a yet another, bafflingly poor port of a cheap mobile game.

Calling Blue Angels Aerobatic Flight Simulator cheap is an insult. And that’s because on stationary platforms, it costs £11.99, which means that it’s price point is just £11.99 over what it should cost. And that’s because the title in question is free-to-play on mobiles. And yes, one could argue that it is free on mobile because there are paid components to it. But it is difficult to imagine anyone paying for anything Blue Angels Aerobatic Flight Simulator related, as you’ll see everything that this title has to offer within a single five-minute session. And yes, there are different ‘stunts and tricks’ to master, but there is simply no incentive to do so. And the title’s janky and blocky nature, doesn’t do much to help the title either. 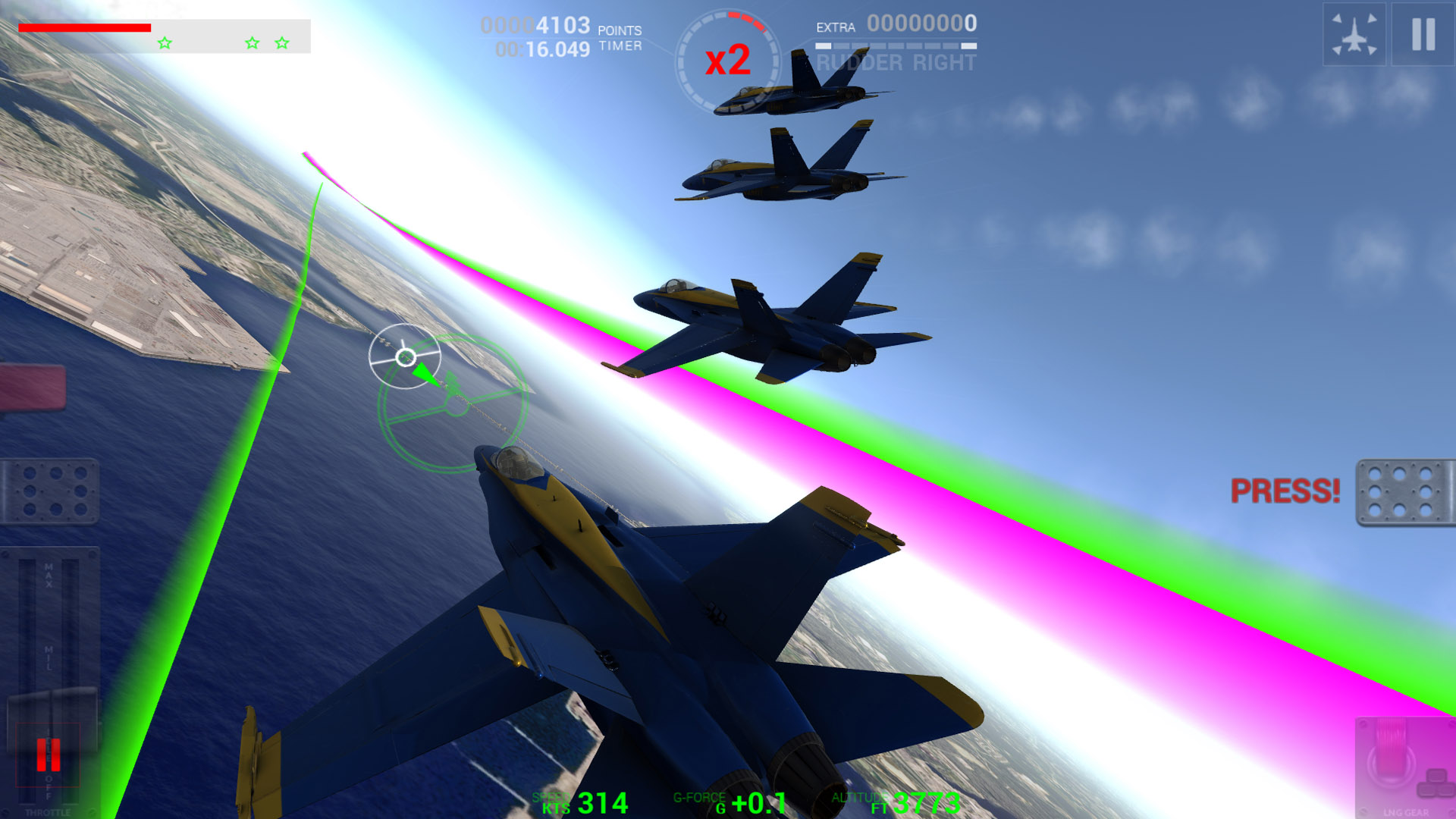 In closing, all that has to be said, is that Blue Angels Aerobatic Flight Simulator is not just a lazy and uninspired port, but also one that is overly greedy, and quite simply unethical. It is a free-to-play game, which has been ported on PlayStation 4, Xbox One, and PC, and given an overly inflated price tag, in hope that some suckers will buy-in on the title at full price. And that others will surely pick it up when it will inevitably end up in a digital discount bins of Steam Sale, or PlayStation 4’s ‘All Titles Under £4/£6/£8’. And this approach to game development, or rather its lack, damages not only the developer behind the title, Rortos, but also the indie industry as a whole. As incredible titles such as Downwell or The Witness, will sooner or later, be placed on the shelf right next to the greedy monstrosities such as the rather depresing Blue Angels Aerobatic Flight Simulator.