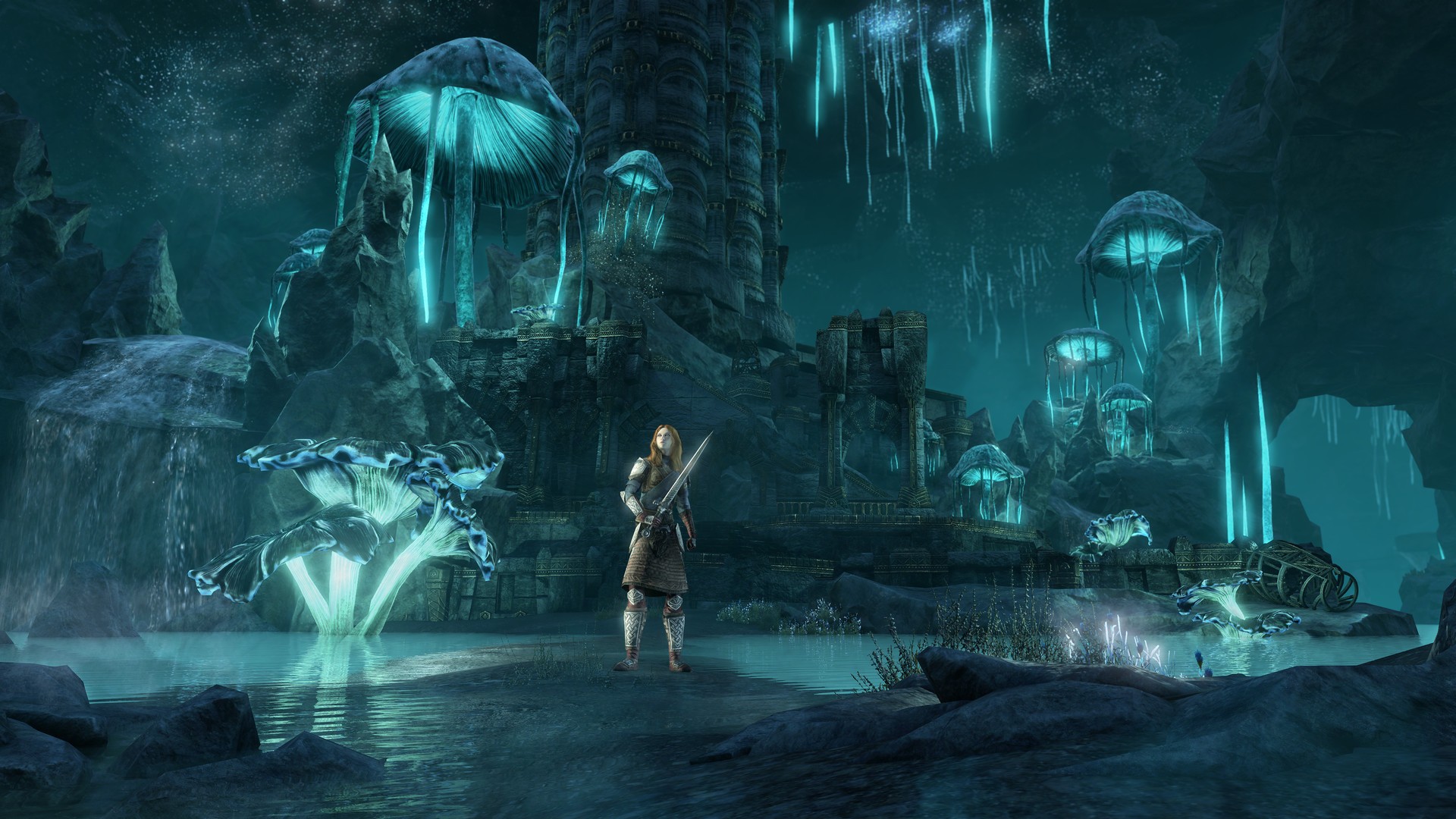 To begin with, the character customization is absolutely stunning! When you create a new character, you will be able to choose anything from your gender, voice, alliance, race and class! Being able to create your very own character in the world of Skyrim really makes you feel like a part of it! To be more in depth about the character development, it is also important to consider what faction you would like to align yourself with when you’re selecting your race. There are currently three factions in the game with each of them fighting for their own reasons. So if you would like to play with your friends, you would have to discuss what faction you would like to be a part of. The standard version of the game will have 9 races to choose from and if you have the Imperial Edition, you will be able to access the 10th race known as Imperial. 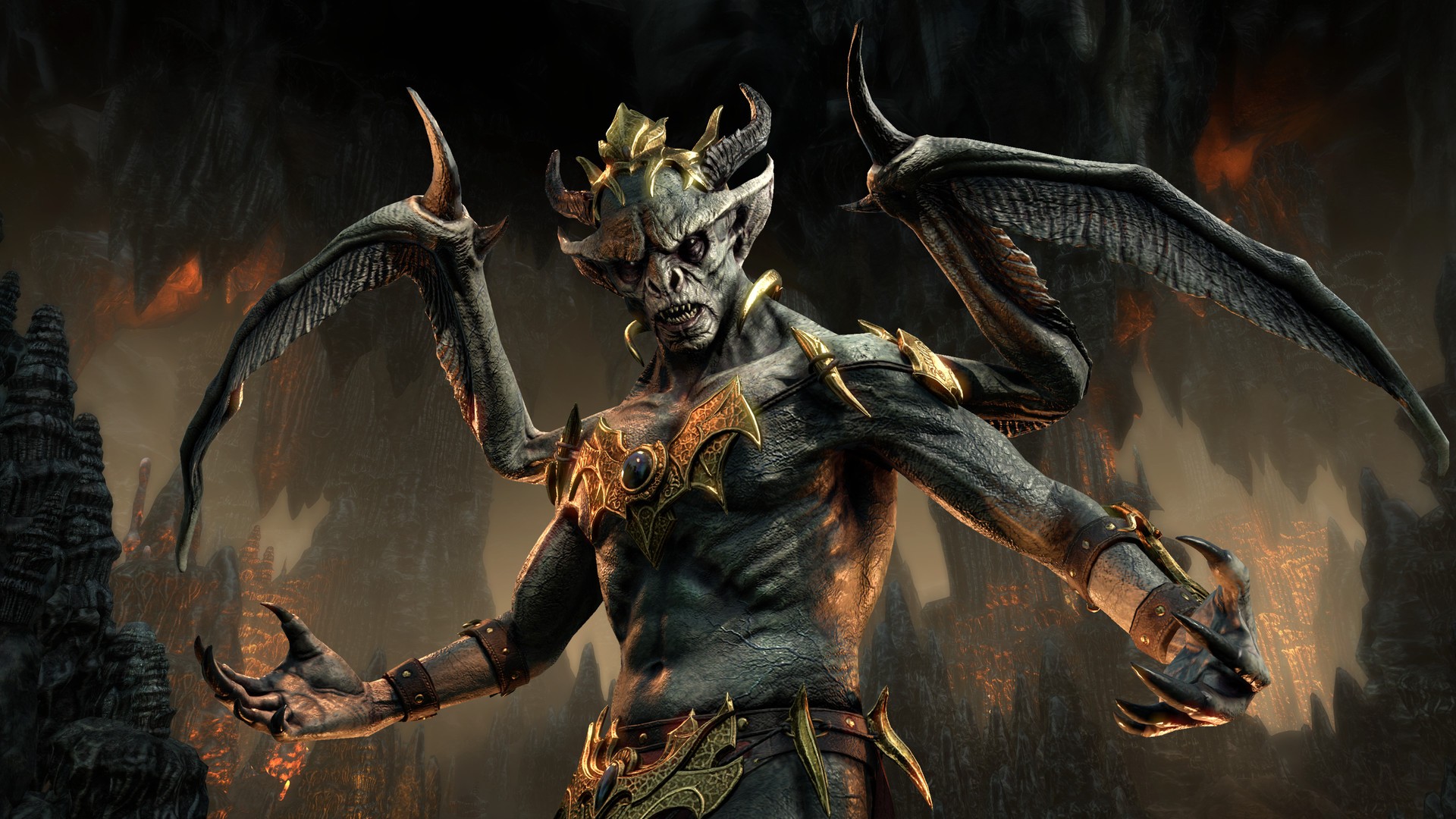 The graphics on The Elder Scrolls Online is absolutely phenomenal! You will cross green fields where the sun is shining to walking down the cities during the nighttime. Everything from the beautiful lighting to the details in this world feels just right! In the new Greymoor expansion, you will be able to explore the beautiful snowy tundra of Western Skyrim. As you explore the world of Skyrim, the soundtrack will keep you pumped up and get you even more excited! The efforts towards the soundtrack are very noticeable and really deserve more praise.

The standalone story of the Greymoor expansion mainly takes place in Western Skyrim 1,000 years before the incidents of The Elder Scrolls V: Skyrim. Explore the land above and underground! It is up to you to stop the Vampire Lord from enslaving Tamriel. Will you be able to stop the Witches, Werewolves and Vampires before it is too late? Want to experience this story straight off the bat? No problem there! The Greymoor expansion is made for new players to join in on the fun! Joining in on the new expansion may be hard because of the price for Greymoor. 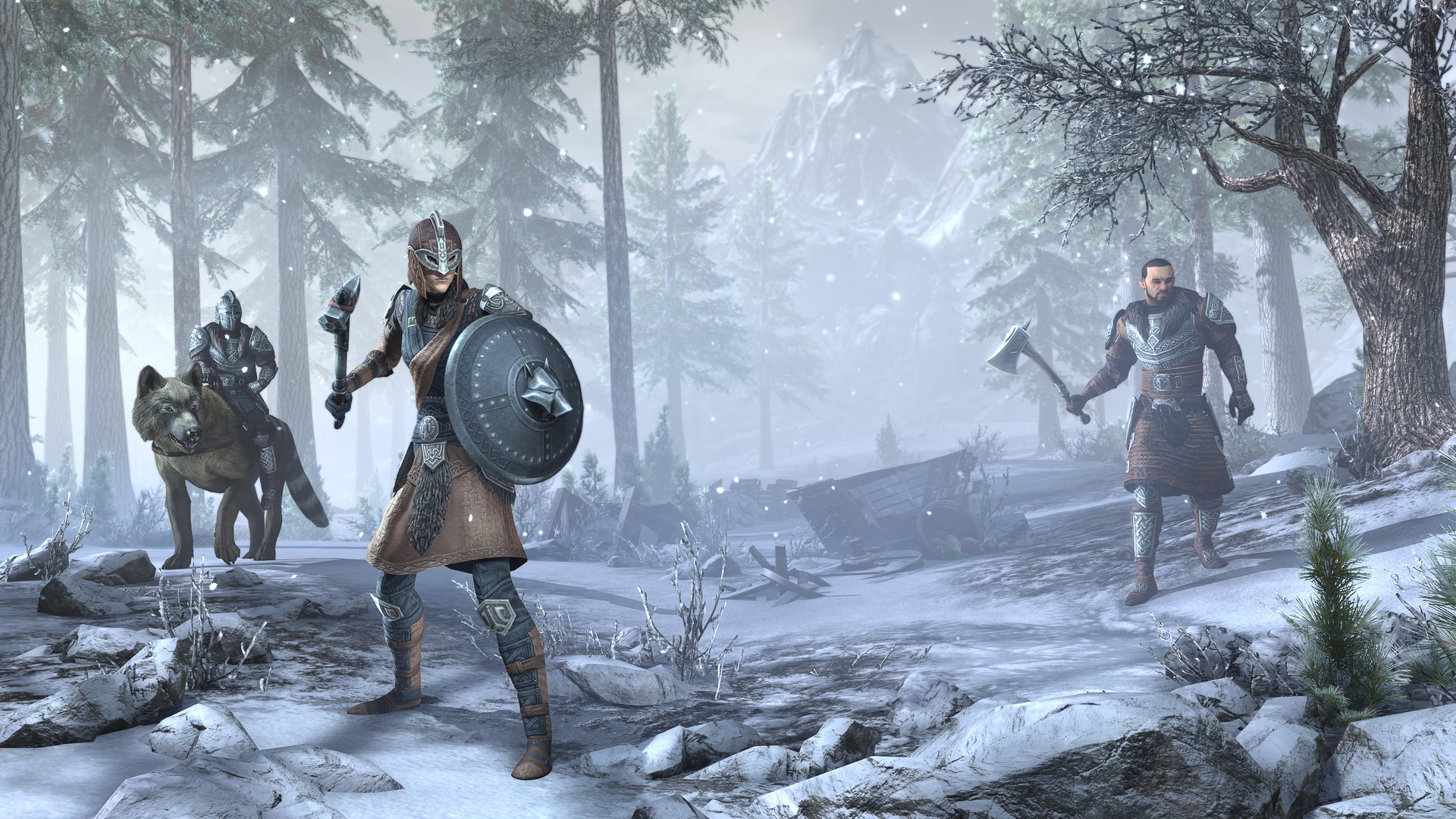 Even though a lot of things about this expansion seem to improve every aspect of the game, it still has some flaws. When the Greymoor Expansion got announced and available for pre-order, most of the community got really excited to sink their teeth into some new content! There were many complaints about the expansion on the release day due to some players not being able to gain access to it. Having this amount of content in an expansion seems absolutely wonderful, but can overwhelm some because of the quests being on top of one another. Not to mention that there are some bugs that can be encountered when you’re speaking with an NPC that makes the dialogues come in the wrong order. It makes the expansion seem really messy! Many hope that part two of the expansion will be better than the one in the current state. This left many of the players waiting for the next expansion to go on sale before purchasing it. Is the feeling of nostalgia really worth the price? That is up for you to decide. Other than that, many people really enjoyed the scenery, and they also liked that they could access a part of Skyrim they really loved.

After playing the expansion, I really feel like that I won’t be coming back until the second part comes out since it gets boring after a while because of the quests being on top of each other. Considering it is the same formula as the main game, it is debatable whether it really is worth purchasing. We expect so much from The Elder Scrolls franchise because of the previous title being outstanding. It is something we will spend hundreds of hours in and immerse ourselves with the characters and interact with the world.

That being said, I really think it is time to wrap up the review. At the end of the day, The Elder Scrolls Online has really brought people together. It is fun for hundreds of hours and really makes you feel rewarded for what you’re doing. But I wouldn’t advise picking up Greymoor unless you really are a big fan of the franchise and want to experience the nostalgia of Western Skyrim.

At the end of the day, The Elder Scrolls Online has really brought people together. It is fun for hundreds of hours and really makes you feel rewarded for what you’re doing. But I wouldn’t advise picking up Greymoor unless you really are a big fan of the franchise and want to experience the nostalgia of Western Skyrim.