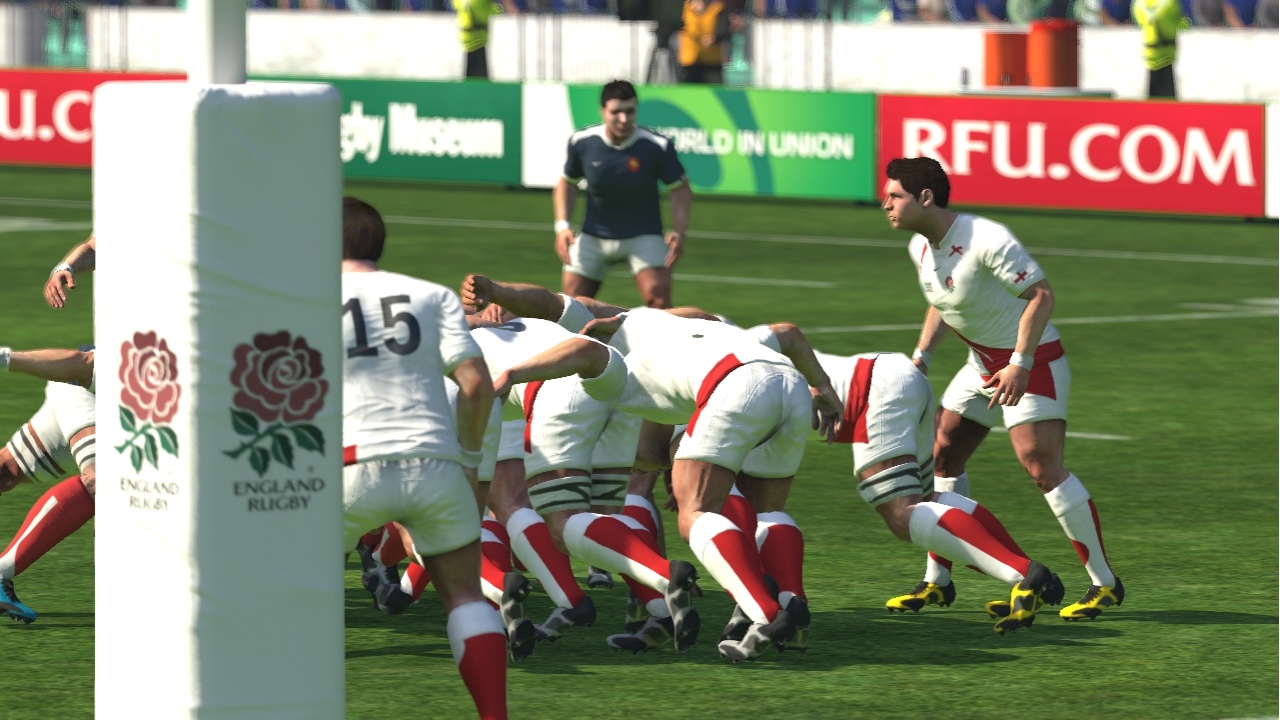 It’s been a long time since we’ve seen a rugby game on the shelves, and an even longer time since we last saw a genuinely entertaining attempt at recreating the sport in all of its egg chasing glory. EA made a decent stab at it a few years back, but if you want to find a rugby game which is remembered with genuine affection, you’d have to go all the way back to Jonah Lomu’s Rugby on PSOne. With a long overdue sequel to that just around the corner, the pressure was on hb Studios to deliver a game worthy of the sport and the tournament upon which it is based.

Have they delivered? Well, no, not really. Due to a combination of budget limitations and obvious time constraints, Rugby World Cup 2011 feels like an unfinished product. The underlying game is actually quite enjoyable and the arcade style gameplay can certainly deliver some entertaining matches, but there are far too many glitches, some disappointing licensing issues, and too few game modes to make this a genuinely recommendable title……it’s also quite ugly.

This biggest disappointment of this package, though, is that there is clearly an entertaining game of rugby buried under the array of problems that surround it. With bumpers used to pass, face buttons for kicking and the analogue stick for side steps, putting together some fluent, fast-paced, attacking rugby is not an overly taxing proposition. In fact, Rugby World Cup 2011’s pick up and play mentality is actually one of its strongest features. The passes have a nice zip to them and spectacular tries are rarely too far away. While those looking for a simulation of the game will be undoubtedly disappointed, the majority will most likely prefer the games precision passing, high speed runs and fast paced gameplay.

Defending is a bit more tactical, but even then tackles, mauls, rucks and scrums are all successfully achieved via different forms of button mashing. The tackles are hard hitting and the ground game is physical, but Rugby World Cup 2011 lacks the physics engine to back it up with any kind of realism. You simply don’t get the randomness or unpredictability that you find in games such as Madden. Far too many of Rugby World Cup 2011’s collisions and set pieces are full of canned animations and awkward transitions. The wonky physics also affect the ball’s flight on occasion, with kicks and even passes taking on unnatural trajectories as they move through the air. Again, these are all forgivable thanks to the game’s arcade gameplay, but connoisseurs of the sport should certainly take heed; this is not the beautiful recreation of the sport you might have been hoping for. 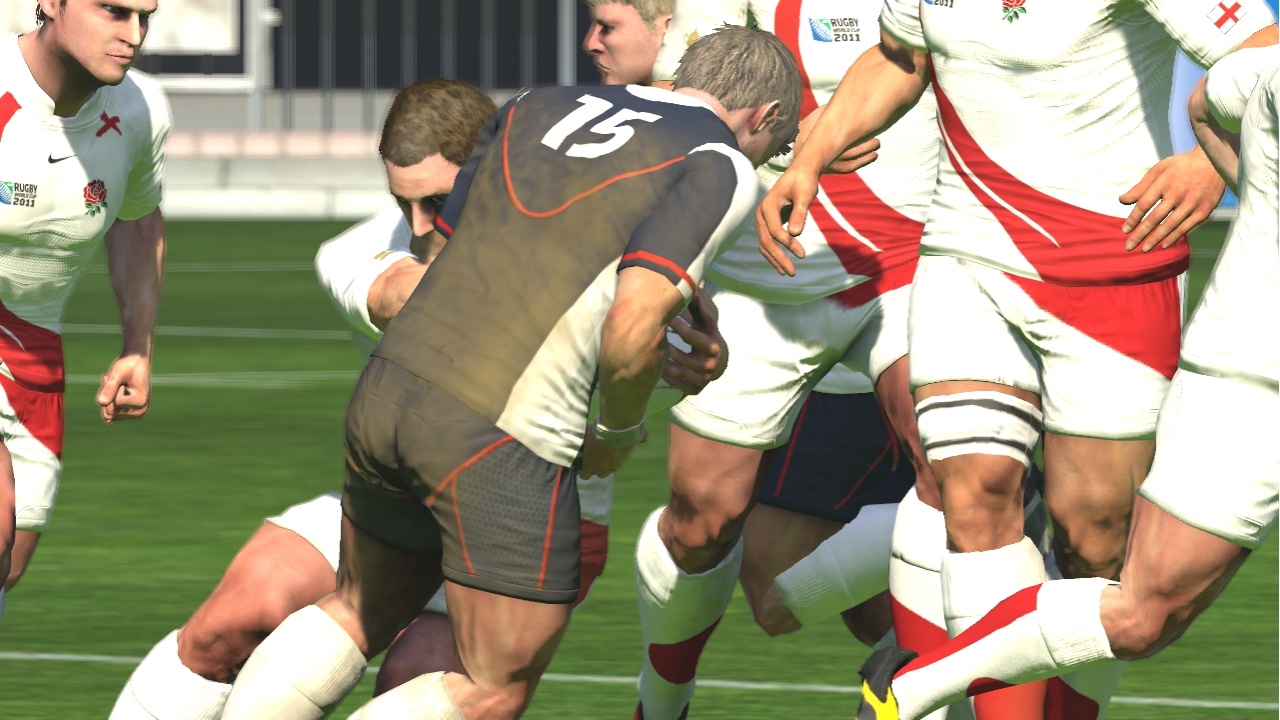 If you are willing to accept Rugby World Cup 2011 as an arcade-style take on the sport, there’s little doubt that on a game to game basis, there is certainly fun to be had here. If you’re really going to enjoy it though, you’re going to have to forgive the games severe lack of game modes. Beyond the basic World Cup tournament itself (which is all but devoid of bells and whistles by the way), there are one-off internationals to play, a bare bones warm-up tournament and a goal kick mode which, again, is fun but extremely limited.

There is an online mode but it’s about as basic as I’ve seen in quite some time. The matches I played all ran smoothly enough, but with the only option being for single matches, this mode feels extremely rushed which, considering how entertaining the game can be when played against human opposition, is a huge disappointment.

While the above modes have clearly been rushed to make the game’s set release date, I still find it hard to believe that developers, hb Studios didn’t have time to include a tutorial mode. It may be an arcade take on the sport, but there’s little doubt that the majority of players would find even a brief tutorial highly useful. Rugby is a relatively complex sport, and with the game clearly aimed at capturing a portion of the casual crowd, the lack of a tutorial does seem like a mind boggling decision.

The problems don’t end there, sadly. Despite holding full licences for all of the major northern hemisphere teams, for one reason or another, New Zealand and Australia are not covered as part of the package. They are both lacking their official kits and both teams are filled with a collection of random names. It might have been passable were we talking about two of the ‘lesser nations’, but we’re arguably talking about the two best teams in the world here….one of them being the nation hosting the tournament upon which the game is based, no less. This of course means a lack of official player licences to boot, but honestly, that’s not such a big deal. 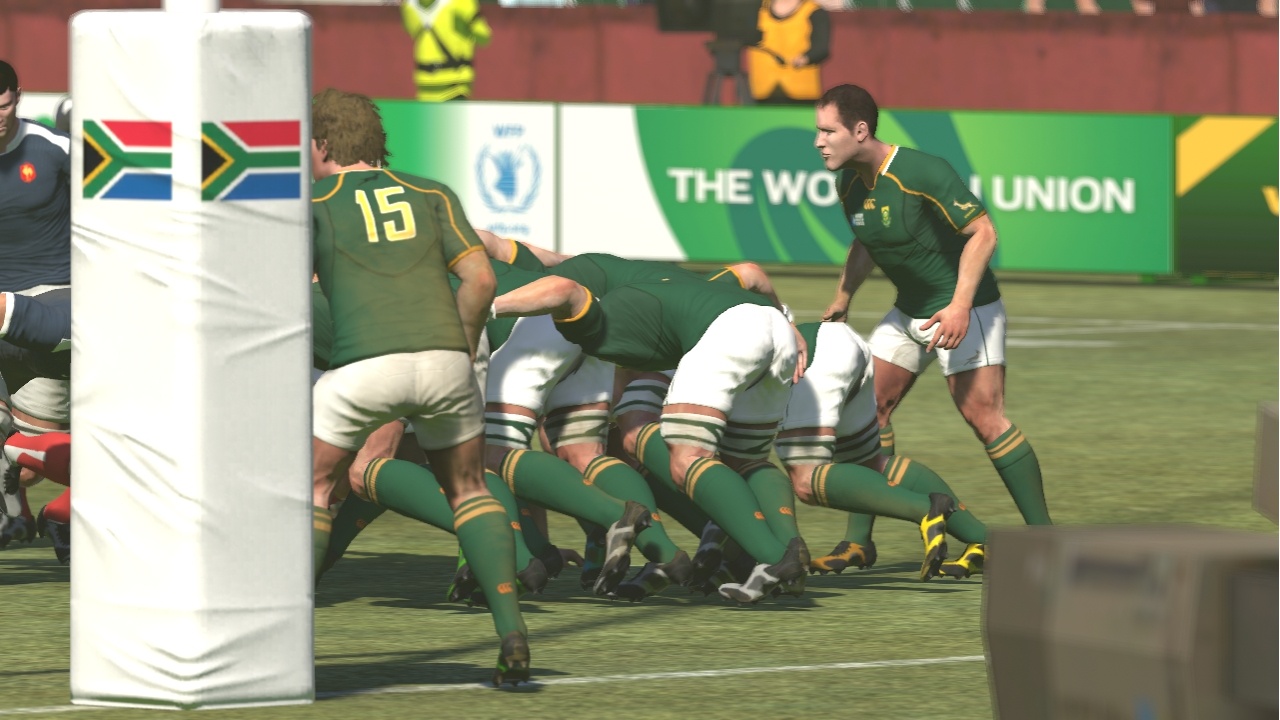 Despite noting it as a potential selling point, the player likenesses throughout Rugby World Cup 2011 are of a consistently low standard. Even the top players look like FIFA’s laziest attempts at player recreation. Some are inevitably better than others, but trying to name the players based on their appearances alone would prove a tricky proposition for even the most ardent of rugby fans.

Beyond the disappointing player likenesses, it’s not like the rest of the game shines from a visual standpoint either. I know it’s a tad cliché, but this game really wouldn’t look out of place on a PS2. Sure, the visuals are in HD, but the player modes, animations, stadiums and crowds are all decidedly last-gen. There are three commentary teams in an attempt to bring a bit of TV-style presentation to the package, but none of them do a particularly good job at calling the game being played – heck, they’re not much cop at the pre-game chat for that matter. It’s passable stuff, but this is definitely more Pro Evo than FIFA in the commentary department.

Under the paucity of game modes, disappointing visuals and missing licences is a surprisingly enjoyable take on the sport. It’s not ground breaking in any way but considering the lack of rugby titles over the past few years, Rugby World Cup 2011 does just enough on the field to make it a worth a look for rugby fanatics or those looking to try their hand at a new virtual sport. Saying that though, this game is never worth the full asking price, and by time it comes down, Jonah Lomu’s Rugby Challenge will probably be on the shelves. I can’t honestly say how that game will turn out, but unless you absolutely must have a rugby game for the World Cup, I’d wait and see what that has to offer before you go and splash the cash.