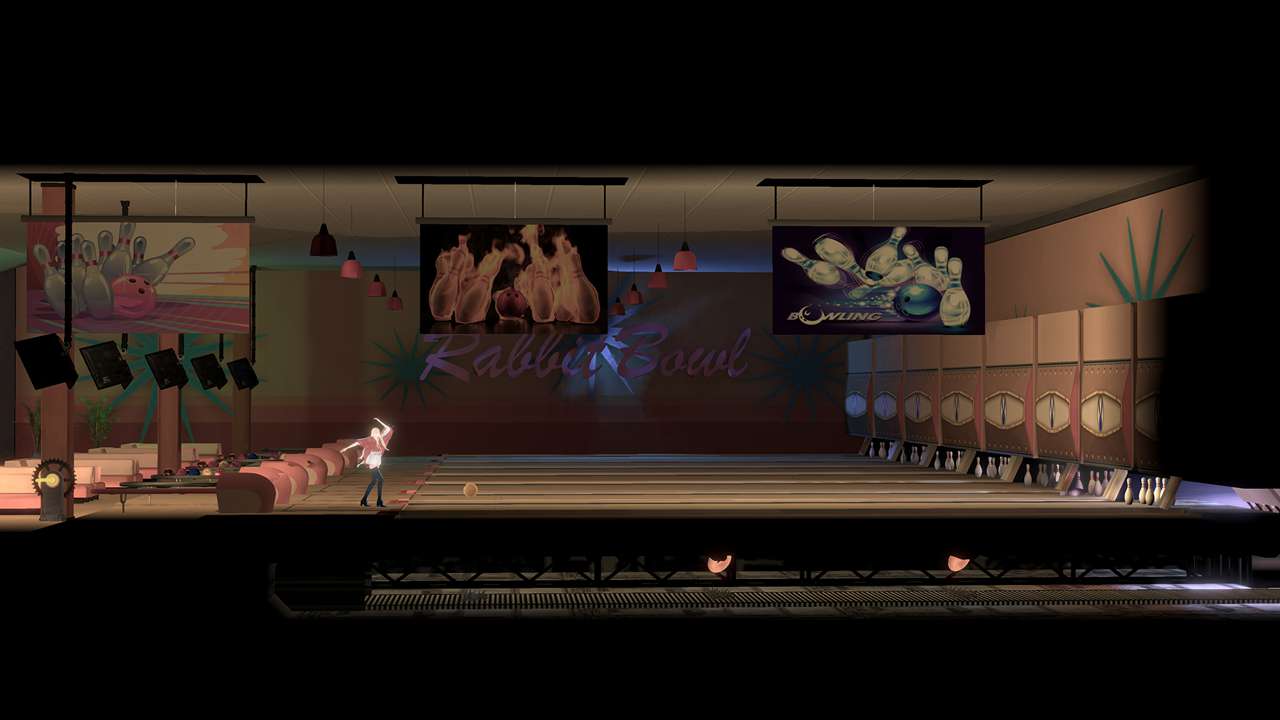 You never know quite what to expect from the creative mind of Swery, who has birthed some truly odd titles that are equal parts memorable and confusing. Between Deadly Premonitions and D4: Dark Dreams Don’t Die, the unexpected is almost expected as bizarre, almost uncomfortable moments of gaming absurdity burn themselves into your mind. However, the aforementioned games each had their shortcomings: Deadly Premonitions is quite buggy on the PC, and D4 is a cliffhanger title that may never see an ending. So, without being snarky, I think it’s important to recognize the most important aspect of Swery’s newest title, The Missing: J.J. Macfield and the Island of Memories. This game is completely self-contained, runs beautifully, and, bar none, has one of the biggest “wow” endings in my recent memory.

The Island of Memories is a mythical place off the coast of Maine, an island where people are able to regain their “formative memories,” and it seems like the perfect place for Emily to take her girlfriend, J.J., for a birthday camping trip. However, J.J. awakens to find that Emily has gone. Within a few seconds, she sees that Emily is being chased by something: something large, scary, and wielding an impossibly big box cutter. Emily gets away, but only because the monster decides to kill….J.J.? At least it looks like J.J. Shortly after this, J.J. is struck by lightning and killed, or so it seems: a doctor wearing a moosehead appears, and declares some cryptic, nonsensical things in heavily accented English, at which point J.J. recovers and continues her quest. If this all sounds confusing, it is, and I have bad news: it’ll get much, much more confusing before it becomes crystal clear, like a shard of broken glass. This game will also cut you to the quick as well, so keep your day free when you jump into this game: your emotions may get the better of you.

The Missing is a puzzle adventure game of the grand, grotesque and grating scale. The main idea is that J.J. needs to find Emily, and that’s really all she has going in terms of direction and idea. However, the path ahead is never clear, and things need to be solved in a rather macabre fashion. That lightning strike either gave J.J. the power to never die or at least allowed her to realize her potential, because our girl is a living, breathing regeneration machine. You can lose an arm, chop off your legs, literally be reduced to just a rolling head, and you can keep moving forward. There will be times when you’ll need your own severed limbs to act as projectiles or counterweights. Your body is flammable: there’s no better way to bring fire to a distant source than to be the sprinting, screaming torch that we all need. You’ll even have instances where you’ll have your neck broken, changing your perspective on things in order to make a creative exit plan. Like I said: macabre. The game explicitly warns about certain imagery that might be triggering for players before they begin, so don’t say anyone didn’t warn you: the warning pops up every time you start the game. 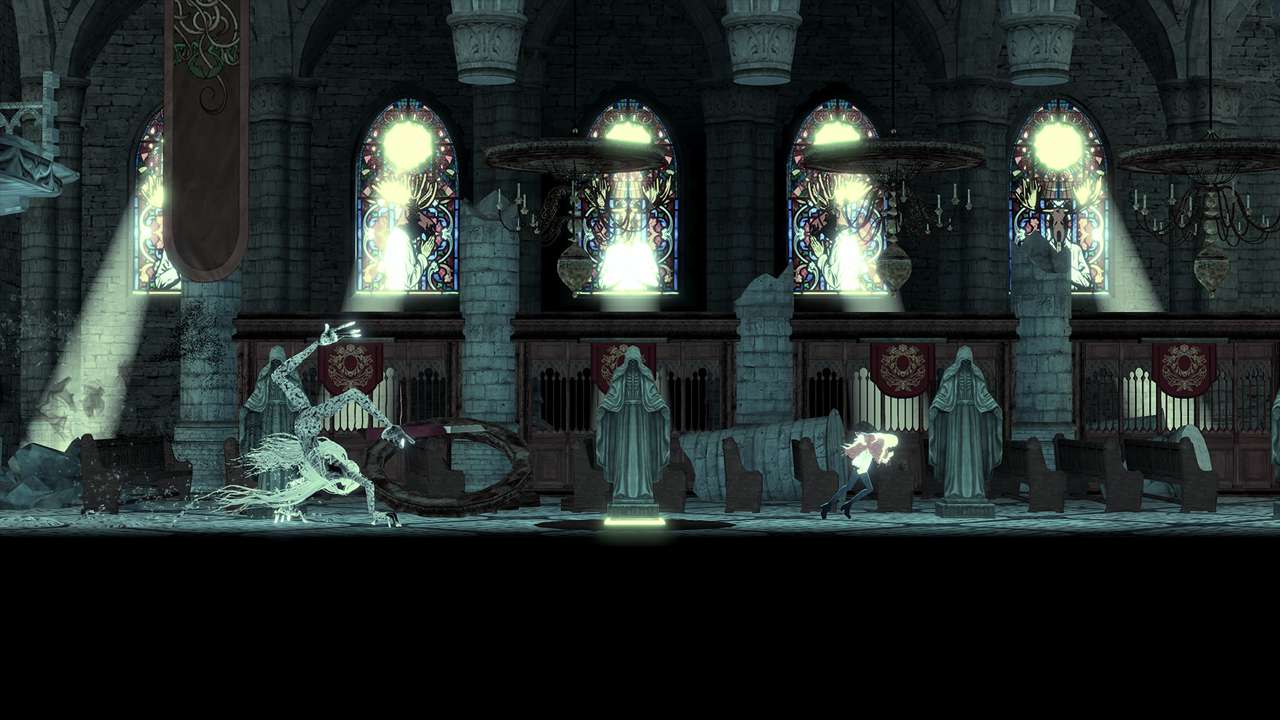 First and foremost, the entire execution of using your body as a primary problem solving device is brilliant. White Owls (Swery’s rather newish studio) has this way of balancing out the core mechanic that’s so horrifyingly interesting and also making sure that you’re not relying just on that idea, as it would get old fast. Instead, things are broken up with logic puzzles, ropes to climb, and various acts of crazy, surprisingly fast moments of quick play, including several encounters with the murderous entity we mentioned at the beginning of the article. For example, you’ll need to collect ten pieces of wood in order to drop the gate that prevents a trolly from moving forward. You’ll need to search high and low to get eight, dodging buzz saws and powerful fans in the process. However, you’ll only find nine in total: you’ll have to make the tenth yourself from artisanal wood (aka your arm or leg).

Secondly, the pacing of The Missing is simply phenomenal. Even though you never get a clear indicator when one thing has finished and the next has begun, you instead get a series of messages sent to your phone: but only one person is sending new texts. You gradually see old logs from friends, family and Emily herself reveal, one conversation at a time, and it really gives you an idea of who J.J. was and is. Moreover, the tone of the messages seems to reflect how the world around you changes. When your mom’s text stop being politely inquisitive and become invasive, the world gets darker and the challenges get harder. Emily has so much love for you, but when she gets scared the levels feel like they get scarier still. The phone seems to be the only concrete information you have: what you witness in front of you is subject to interpretation about reality and what is “real.” The bizarre mooseman will come back several times, and his words only start to make sense towards the end of the game. When you move from an abandoned train to a sports memorabilia hall, you begin to question if the island is even real. I’m just kidding, you started questioning that ages ago.

There are puzzles that are particularly difficult, but nothing that isn’t understandable after a period of time. Breaking your neck sends you flying to the ceiling, but you can also get walloped through a wall and unlock a new area to see. The dark cavern might need a bit of light, and bringing fire to the far end of the room requires careful steps and making sure you don’t accidentally step in water. One of the most difficult for me was understanding that sometimes you need to overload an engine to make any progress, and that isn’t even the most clear-cut thing that becomes apparent over the length of the game. In all honesty, I bet someone could get through the game in under four hours…but that would require ignoring the delicious donuts. 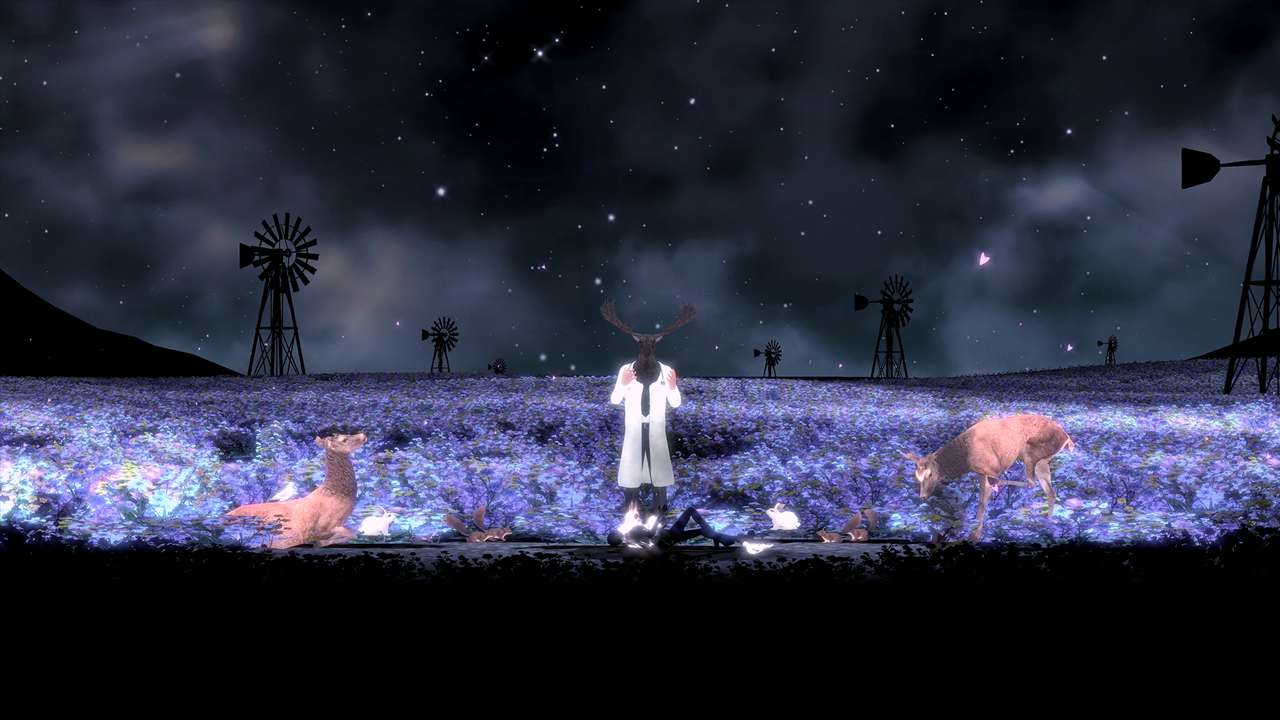 There are 271 donuts scattered throughout the game (I have no idea why that number) and they add to the mystique and the atmosphere that is The Missing. If you manage to get enough solitary donuts (or, even better, find the mascot with a full dozen), your phone will gradually unlock more things to add to your game. This includes additional chat logs with J.J.’s friends, including some incredibly illuminating stuff between her and her Professor, but not in the way you’re thinking. Additionally, there are gallery shots of concept art, and, my personal favorites, a “cheat” menu that toggles on different affectations for J.J. to wear during the game. Because, honestly, why wouldn’t there be a chance to put glasses on a protagonist with long blonde hair and a skirt?

In all seriousness, J.J.’s phone and the chat logs therein are the most brilliant thing about the game, bar none. Whereas Another Lost Phone used the smartphone interface as the only form of gameplay, the way the chat logs appear and are doled out tell a much greater story of who J.J. really is and how the world perceives her. The use of casual netspeak, heavily sprinkled with emoji stickers that I DESPERATELY WANT, are the most realistic things you could imagine from someone going through a dynamically difficult and trying part of their life. Everytime I gathered enough donuts that the notification icon flashed onto the screen, I had to drop everything to check it. There’s even some moments of dark anti-humor in which the phone chimes to life at the most inappropriate moments, and you still are compelled to check it. The gradual revelations from F.K., a stuffed animal who J.J. loses at the beginning of the game, only to have it come to life and message her on her phone, are sobering, and a chance to see J.J. react to stuff in real-time.

The Missing: J.J. Mayfield and the Island of Memories is such an unbelievably good, engaging, haunting and heartbreaking game. When all the pieces line up – when everything becomes clear and you realize what the island really is – your stomach drops and you are impossibly damaged by the news. The beauty of the game, from the fantastical scenarios to the starkly dark atmosphere, really gives these moments of love and effervescence that are like gasps of air in a smoky hallway. This game should not be spoiled and should be played by almost everyone out there who has the capacity to deal with a bit of darkness. It’s funny, it’s sad, it’s unique, it’s Swery through and through. And, best of all, it’s complete, and it runs magnificently on the Switch. Clear your mind, clear your schedule, and remember: nobody is wrong for being what they are.

The MISSING: J.J. Macfield and the Island of Memories Review