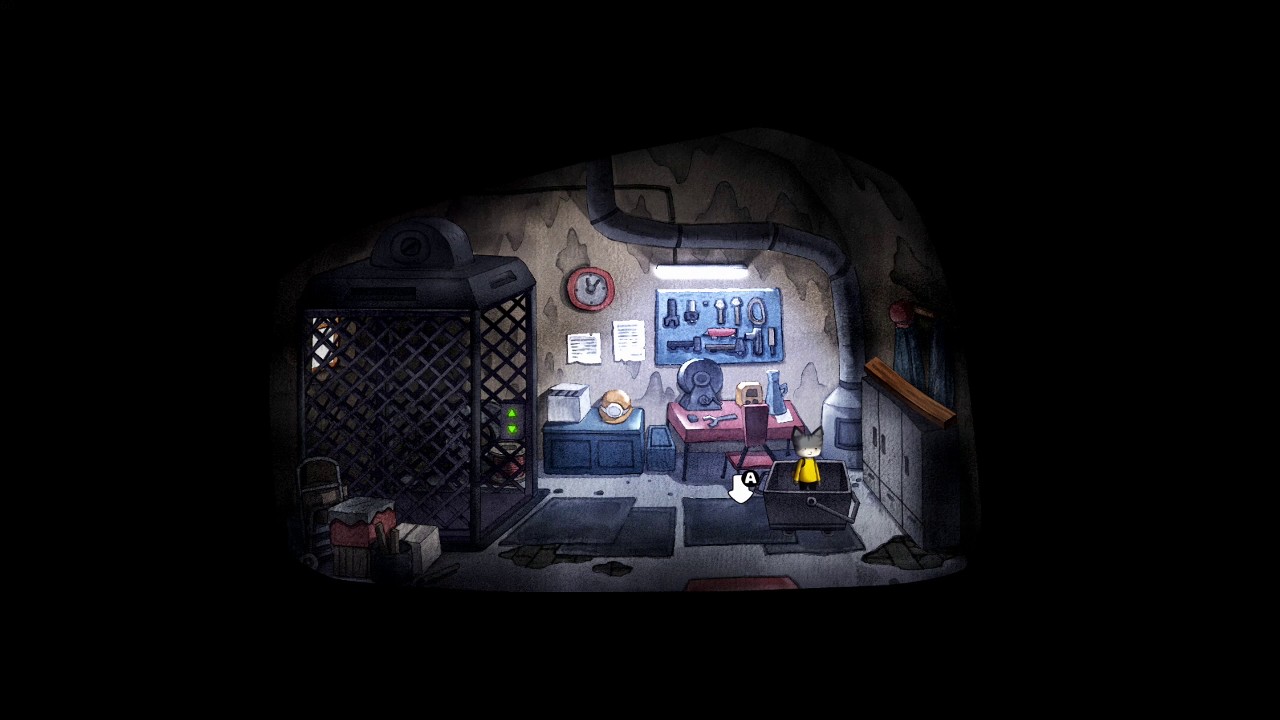 Rain City is a point and click game set in a world besieged by a steady downpour, where animals are the sole inhabitants. It tells the story of a young cat who’s looking for his sister and must solve a series of puzzles in order to traverse the world and find her. Along your journey through Rain City, you’ll meet a host of wacky characters, scratch your head at obscure puzzles, and enjoy a gloomy atmosphere aided by a sombre soundtrack and the quiet pitter-patter of rain.

Rain City makes use of the left stick to move your character, the a, x, and y buttons to interact with objects when prompted, and the ZR and L buttons to access your inventory. The UI is minimalistic, appearing only when you call upon or add to your inventory, which I like to see (or not) in any game because it adds an extra level of immersion. Your character provides commentary on objects within the world, which fleshes out your understanding of your surroundings and should also clue you in on what needs to be done next. For example, if you pick up a mysterious object and have absolutely no idea what it could be for, the main character should provide some sort of hint via context like, “haven’t I seen something like [x] before?” or “this would work perfectly with something like [x]” 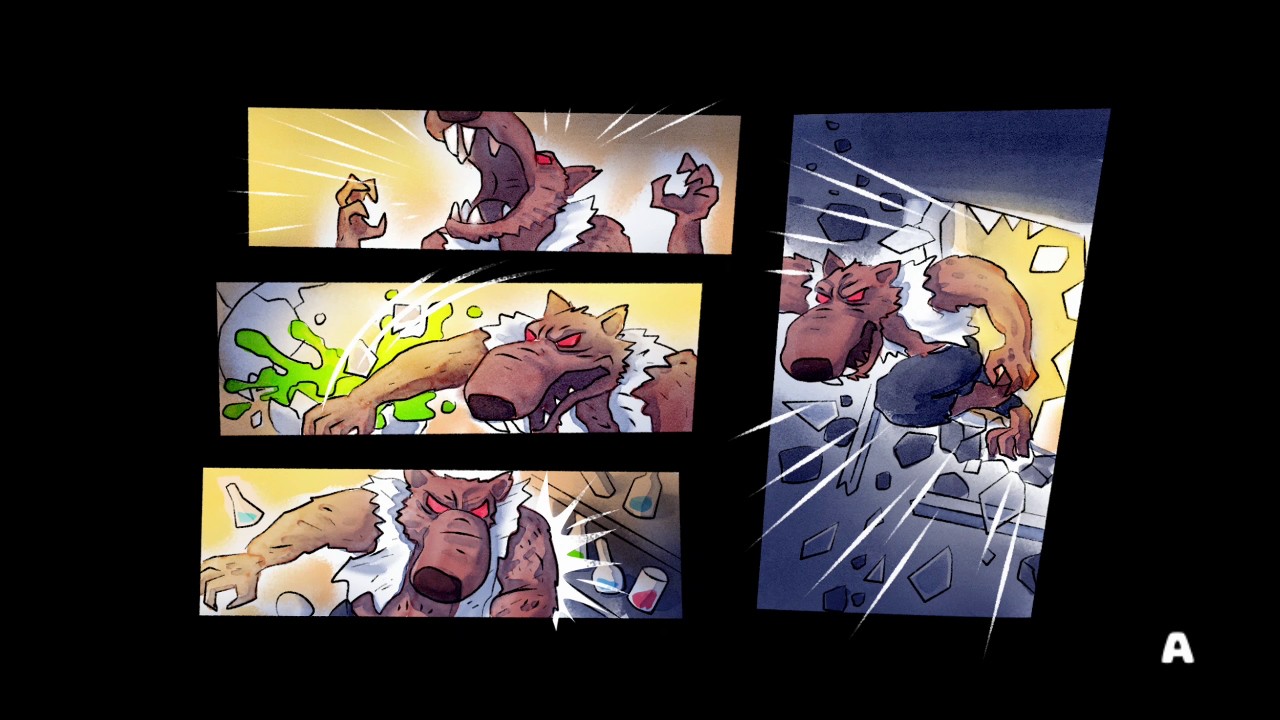 I say “should” because that’s not always the case. I won’t call myself a point and click veteran, but I’ve played a fair amount of them and feel confident in my ability to play through one without the use of internet tips. With Rain City, however, I found myself referring to a video aid more than once after being positively dumbfounded by an obscure puzzle solution. Many of these instances were cases of trial and error where, without any sort of visual clue, I was unsure whether I was on the right track or not. In others, I simply had no idea what to do and hovering the items in my inventory over every available inch of the current area didn’t glean much. It’s one thing to be challenging, but it’s another thing entirely to be obscure.

The preferred flow of any puzzle game would be, at least from my perspective, a series of problems with increased difficulty until you get to that point where you really have to put on your thinking cap. You’d lose momentum at that point, sure, but upon figuring it out, that celebratory high would take you through the next series of puzzles before you hit another roadblock. Rain City had me run into roadblocks far too often for there to be any forward momentum that helped me get through the frustration of not knowing what the hell to do next. This could have easily been fixed by either including a hint system, providing more contextual clues, and/or giving some sort of confirmation that the player is on the right track–all of which Rain City lacks. 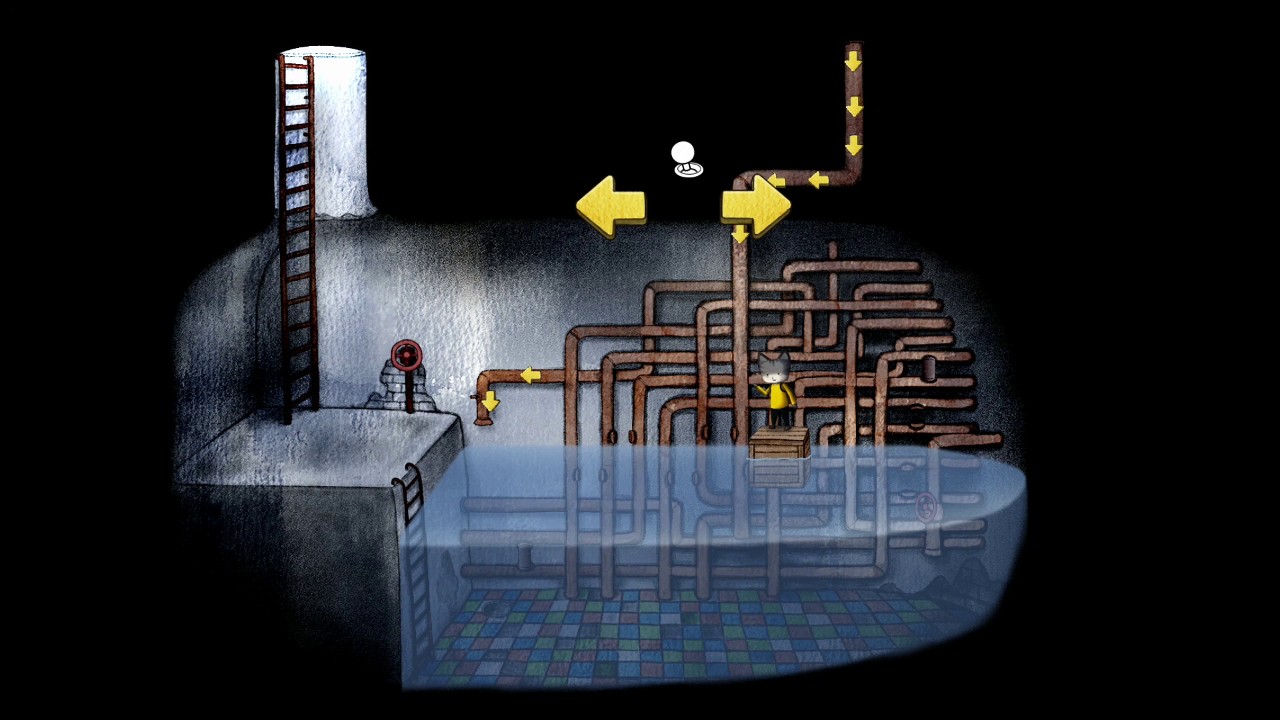 As far as appearances go, the water colour, storybook style of Rain City’s presentation suits its overall tone. The background music is unobtrusive with a focus on sound effects like the dull roar of rainfall or the hum of machinery, which serves to create a more poignant backdrop to a gloomy world.  It’s a fairly polished package, not taking into consideration some textual errors, so it’s a shame Rain City falls short in terms of gameplay.

Rain City is neat to look at, but ultimately its lack of context leads to too many “what now?” moments of frustration for it to be enjoyable all the way through. Never mind that the main game will take you 4-6 hours to complete, depending on how long your head-scratching sessions last, much of that time will be spent wandering from screen to screen and hoping that seemingly random items in your inventory will work in tandem with what’s on screen or Googling an answer for a particularly obscure puzzle. I’m not looking for a game to hold my hand, but when there are far more moments of confusion than clarity with no real way for me to help myself then that’s just poor game design. If you’re a point and click master, I could probably recommend Rain City given its low price price point, but otherwise I’d say it’s not worth the frustration.

Rain City is neat to look at, but ultimately its lack of context leads to too many “what now?” moments of frustration for it to be enjoyable all the way through.