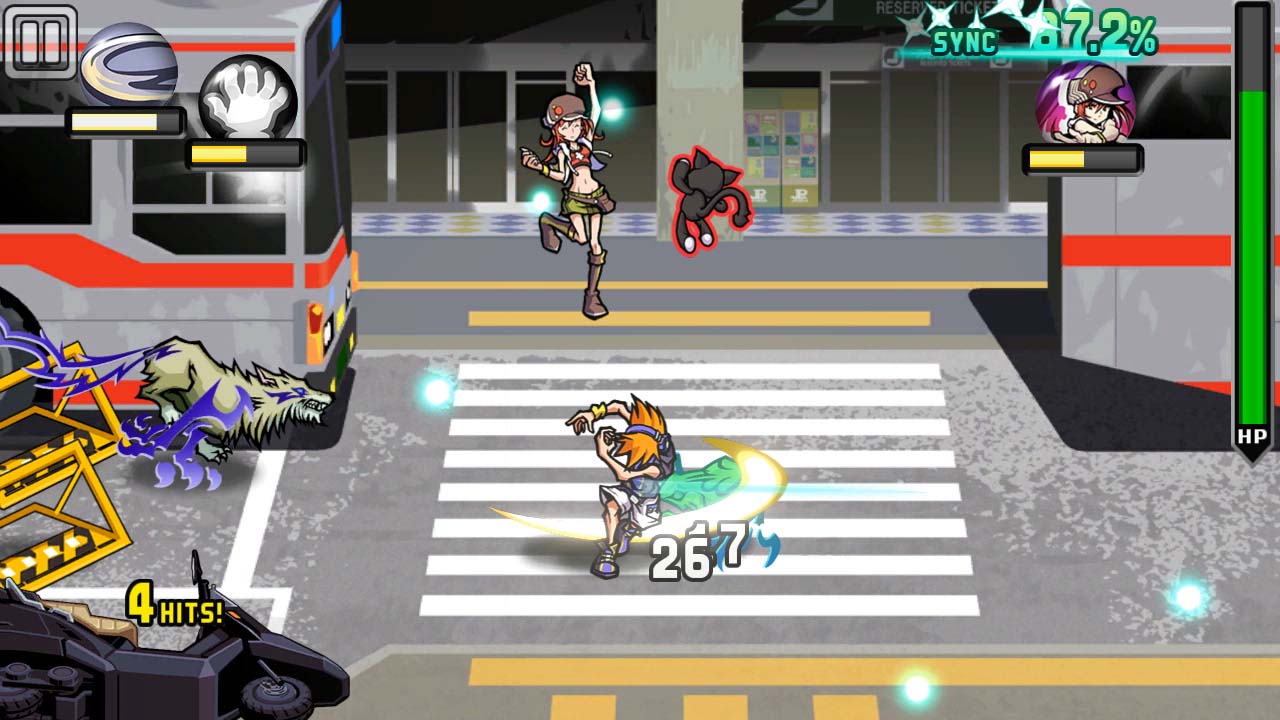 The Nintendo DS brought so many wonderful things to the world in terms of gaming. Besides being a blockbuster of a multiplayer device (Download Play was so great), it was a study tool, a pretty good storybook reader, and fantastic for young artists. There was a lot that the 3DS took and improved upon, but the DS is where some bold advances came in terms of what players could and couldn’t do. Remember, the original DS came out almost two full years before the iPhone, so this was some of the first times that players were really getting into touch screen gaming. Then, when you factor in the almost alien idea of having two screens at once to play…well, this opened up a whole new world of ideas and possibilities. One of the most endearing, enthralling gems to come from this was a little game called The World Ends With You. This game which was eventually ported to the iPhone with a little extra in terms of mini games and some in-app purchases. But a mobile game is far from a perfect experience, so I’m really glad that Square Enix and h.a.n.d decided to bring the title to the Switch in a last package. It’s not the sequel fans have waited over a decade for, but it’s still something, and The World Ends With You is visually stunning, beautifully orchestrated, and only disappointing if you’ve played the original.

Neku is our protagonist, an introvert with a mild case of misanthropy, and just trying to live his life in Japan. Little does he know that there are god-like beings, called Reapers, who grow bored and like to play games with humanity. Neku has no idea what the hell is happening (nor how deep the philosophy of the game and the idea of the soul and humanity get called into play), but he’s suddenly locked into the Reaper’s Game: a seven-day ordeal with clear-cut rules. There’s an objective to be met, there’s a limited time to accomplish it, and failure to do so means you get “erased” from existence. Hating people but keen on survival, Neku initially enters into a pact with another player named Shiki, who seems oddly familiar with this game and the risks and rewards contained therein. The story becomes increasingly complex, with the introduction of other players, a character named Joshua who seems to be the lynchpin to this all, and they very fate of Shibuya held at the center. When it comes right down to it, there’s this tragic moral of people needing people, and being able to work together to stay alive. Even though Neku begins the game believing that all the world (his world) needs is himself, he’ll learn that a solitary existence is the final ending.

As a game that started on DS and moved to mobile, the porting to further come onto the Switch must have been tricky, but I applaud the decision Square Enix made. You have to ultimately make a choice: style or comfort. If you want comfort, you play in handheld mode, and the buttons of your JoyCon take the backseat in favor of a lot of swiping with your finger. You do everything – movement, Noise Scan, shopping and character screen – through the touchscreen, and it can get a bit old. On the other hand, docking it allows for the game to be up on the big screen and you must contend with the JoyCon acting as a floating cursor. This, honestly, is a damn fine job, as you only need one JoyCon and the buttons are mapped well to either the left or right JoyCon, whichever hand you favor. I was very impressed with the spatial recognition that the JoyCon was able to handle, and the end result was that I spent more time playing the game up on the television so that I could admire how it looked. 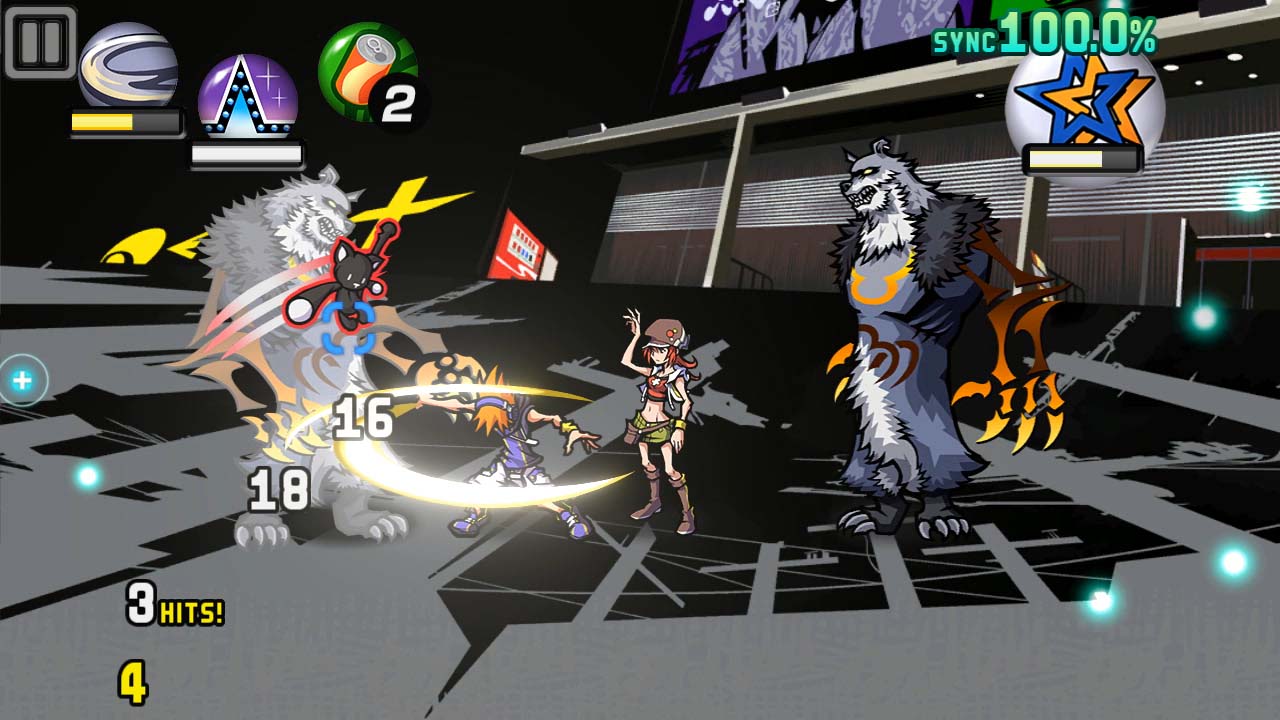 It definitely bears repeating that this Final Remix of The World Ends With You takes the cake for presentation, style and soundtrack. The graphics are significantly sharper and more beautiful than the DS version ever was: as much as I loved that console, they never had the best resolution or pixel density. Here, you can see the beautiful setting of Shibuya is all its glory, along with the massive Noise, the detailed character sprites and the gorgeous portraits of everyone who has something to say. The musical soundtrack, which is already one of my top five of all time due to sheer attitude and power, is properly remixed and redefined within this game without being too abrasive in comparison to the original. Truth be told, I was worried when I heard that the music would be remixed in order to better match the new scenario that was being added in (I’ll address that later), but the flow and the beats are as natural as ever. When the first synthetic vibes of “Calling” start playing, I knew this was the right place to be.

It’s incredibly difficult to breakdown the gameplay of the World Ends With You, but I’ll do my best for players who are new to the experience. If you’ve played the DS version, I’ve got bad news: things are different. Taking nods from the Solo Remix that released on iOS a few years back, players control a single character with the option of a second character entering into combat through a button that appears on the screen. The combat will be the big focus here, since the overworld controls are simple enough and can be covered in a moment. Anyways, Neku (or another primary hero) moves around the screen through fast motions either with swiping with a finger or a dragged button on the screen. You use different pins that you buy and collect to do different types of damage, from elemental things like fire and electricity to different physical and psychic attacks. The pins level up, you level up, there’s this layer of fashion coordination and understand brands that suit characters best…think if Style Savvy was all about beating the hell out of demons from your own mind. Yea, it’s crazy that way. Also, trying to balance out your attacks and your partner’s attacks to get your sync rate up is hard as hell in JoyCon mode. Definitely more of a handheld experience.

And the Noise! I’ve always loved the way that Neku basically casts out a neural net to try to see where evil monsters are hiding. You scan the overworld, you can hear the thoughts of other people (who can’t see or hear you, hint hint), and you then rope in monsters to fight. The more you rope, the bigger the challenge, the better the reward. There are occasional Noises that are ultra hard, and those only seem to appear more often the further into the game and the deeper the chapters go. However, I do feel that, after a certain point, players who really want to win will have to come down off the television and play handheld with their fingers. The Joycons just have so much potential to overshoot where they need to be, and it only takes one mistake in the later chapters to get beat straight to death, no matter who you’re playing. 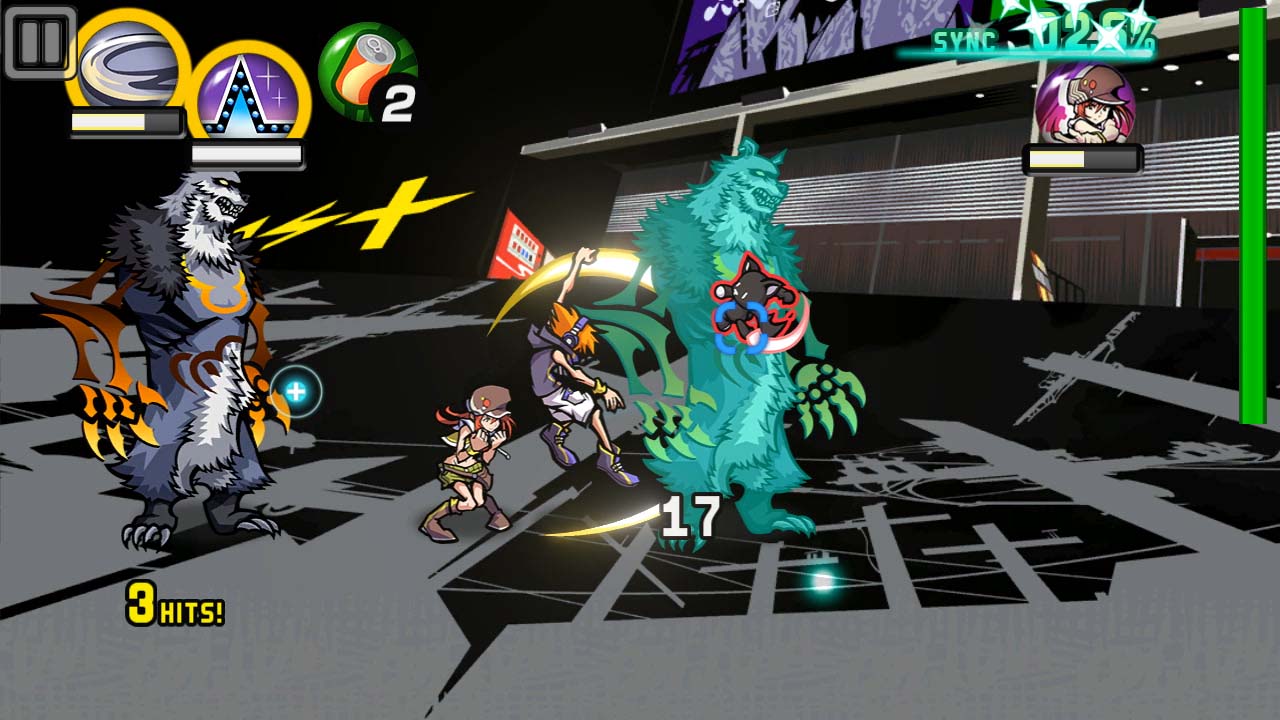 One thing that’s totally untouched in The World Ends With You – Final Remix is the character development, and I’m incredibly grateful for that. Neku is a protagonist that not everyone can identify with, but to whom I’ve always had a strong affinity. While characters like Beat, Rhyme, Shiki and even the new Reaper, Coco, are endearing, it’s Neku that’s always been the centerpiece for me, and his evolution as a person and as a human. The DS allowed for limited dialogue windows and exposition mostly came from external and internal speaking, so everything is explained in great, bite-sized fragments that are easy to digest. Which, considering the game goes whole-hog into the question of the afterlife and the purity of the human soul, is impressive. Players who enjoyed the original for the storyline will not be disappointed in that aspect.

Additionally, there needs to be some praise for A New Day, the additional scenario added into Final Remix. Besides the cute new Reaper, the inclusion of a challenge that really speaks to seasoned players is so rewarding, and the additional two player mode that comes specifically with it allowed me to see what it was like with someone actually controlling my partner (besides just me, but that was more the DS style). I appreciate them not retroactively adding two player mode into the main storyline just because it wouldn’t feel right. The new pins are also really dope, but not enough that I felt like they needed to be added into the main game. Oh, and I guess you can play Pin Slammer if you want, but I didn’t do it on the iOS version and I sure as hell wasn’t going to get dragged into it here. Final Fantasy 8 wore out my patience with arbitrary side games inside an RPG.

The only downside to The World Ends With You – Final Remix is that it exists where it does. Don’t get me wrong: it’s a joy to play, and it does the best that it can with the system it’s on. However, I feel like Square Enix missed the boat with putting this on the WiiU. Seriously, it may not be portable, but I really enjoyed the duality of playing on a touchscreen and the big screen at the same time. Crunching everything together on a single screen solves that problem, but it also reworks how the game plays and how people might remember the frantic, almost painful style of needing to use buttons at the touch screen at the same time. In my opinion, it makes things overly simple by boiling it down to a single screen, but that’s also only relevant if you played the original version (which is now two iterations ago). If you played the iOS version or none at all, I imagine you’d be quite happy with how it’s balanced out, at least in handheld mode. Docked is something that makes my arm quite tired after an hour.

The World Ends With You – Final Remix caters to one specific group perfectly: people who’ve heard about the game and never played it. Starting from zero but having some ideas puts you in the ideal situation to dive into the game, try new things, get absolutely blown away by the music and the plot twists, and still keep your wits about you as you move into deeper pin combinations and the craziness of A New Day. If you played the iOS version, you’ll find the Switch port superior in every single way, especially with no IAP kicking around to ask you to play for music tracks. However, DS fans might be slightly put off by the interface and the way things are handled herein. But the tantalizing offer of a final scenario with so many new things – new Noise, new Pins, new missions – might be too hard to resist. I’m glad that I bought it, even if it’s not quite what I remembered. Now c’mon Square Enix: it’s time to bring Sora home to Nintendo as well.

The World Ends With You -Final Remix- Review

The best damn DS rpg ever finally finds new life back on a Nintendo console, and only nostalgia stands in the way of being a perfect experience.