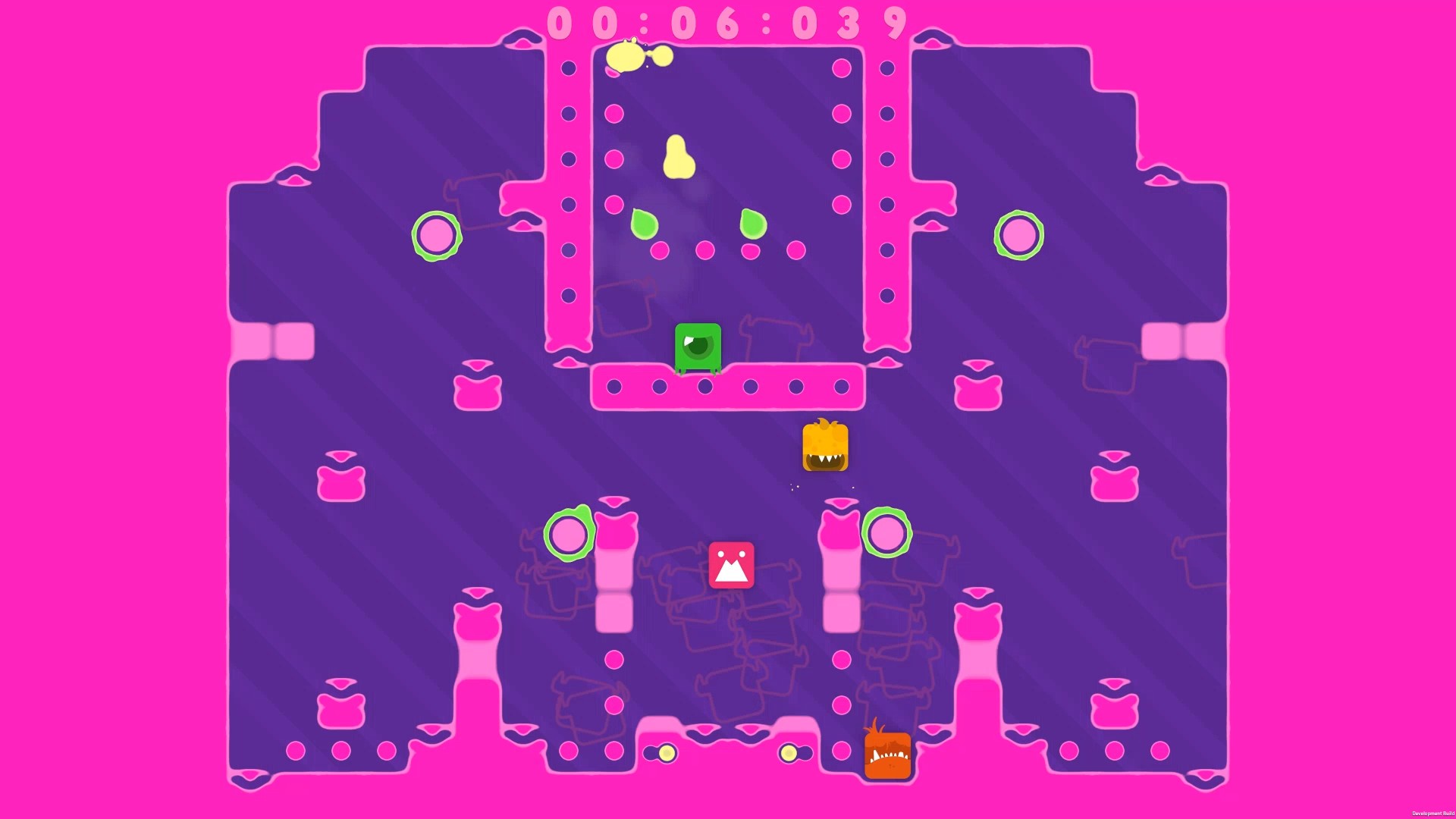 It feels strange to now be reviewing games for Google Stadia, which is still technically being used by people who purchased founders editions and games and especially when exclusive ones have been scarce on the Stadia store. Then we are somewhat rescued from a dry phase by new indie title Spitlings. Spitlings is developed by MassiveMiniTeam and published by Handy Games who are associated with THQ Nordic. Spitlings is a timed exclusive for the Stadia, so those wanting to give this a try on other platforms may have to wait a little while.

You may be thinking what this game is all about with such an unusual name like Spitlings. It is best described as hardcore arcade classic for up to four players. Spitlings appears to boast over one hundred stages and up to thirty unlockable characters as you progress through the frantic mayhem this game throws at you. When you boot up the game you may feel like the menus are very simplistic, whilst bright and colourful, they are easy to navigate through. I did not have the ability to run this in local co-op with four players, especially on Google Stadia as it stands, until they open up more options to extend to more peripherals to use. I didn’t feel it warranted purchasing another three Google Stadia controllers to try this component. 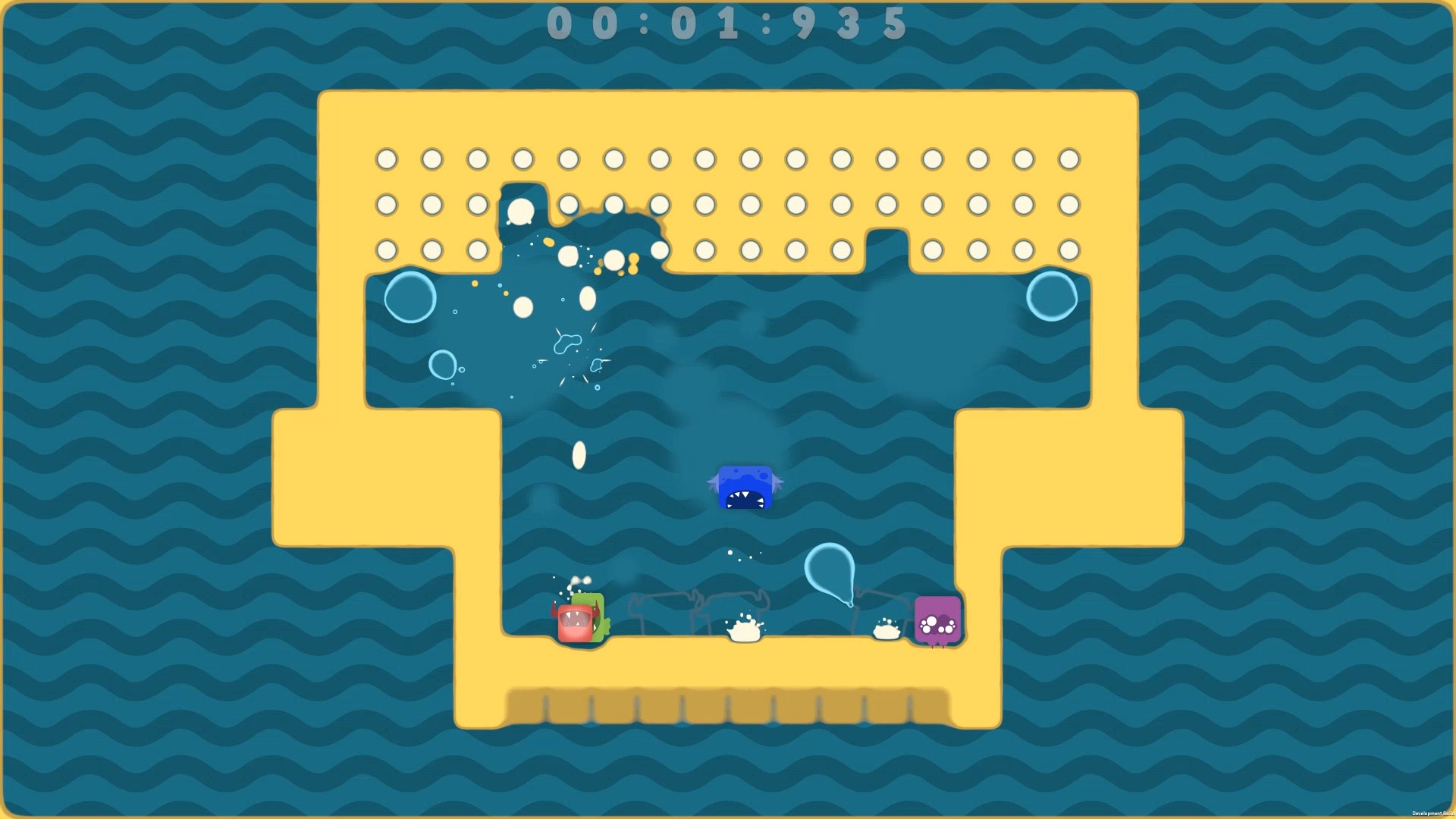 I did however play through enough single player content to give a solid review on the experience available here. As you open up the game you’ll be granted with a small section of jolly cut scenes to work through and then you can head straight into the meat of the game. The game itself, I would describe as an arcade title with puzzle elements, which I will warn you can lead to you getting frustrated as you attempt to master its generous offering of levels.

You’ll start off by getting to grips with the basic controls as it runs you through a mini tutorial or so it appears to. The controls feel very unique and it kind of felt like Super Meat Boy in terms of its movement, which is never a bad thing. You can slide across the ground and jump upwards whilst spitting downwards or vice versa. The visuals look extremely vibrant and crisp whilst running on Google Stadia and its use of colours makes it look impressive on a 4k television. 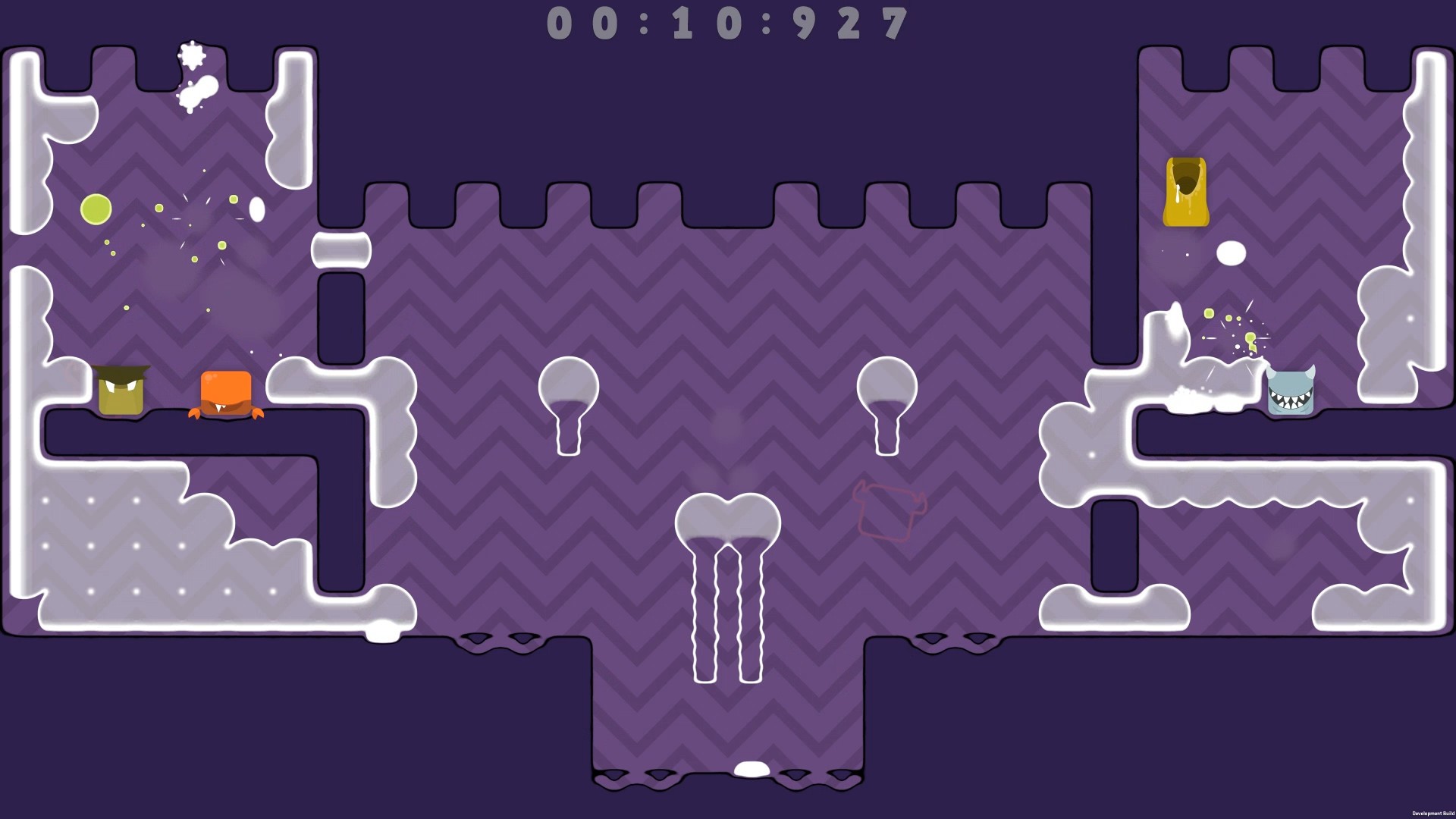 You are limited to what you can do with your Spitlings however, a limited amount of shots you can use to break up the “goop”. The main objective is to break up all of this goop down until you break it down small enough to deplete it completely. Once you have cleared all the goop on one level you instantly move onto the next. Once you have fired your shots you can pick the shots up from the floor or recharge yourself using the B button. Each level becomes more advanced and technical as you progress through. More obstacles and tighter spaces to negotiate through it does become addictive attempting to beat the levels as you fail time and time again. As you advance through the levels you unlock more avatars for your characters and alternative colour schemes which allows you to change the game style somewhat.

Once you get used to the control system here it is really simplistic and is easy to pick up and play, even for the amateur gamers amongst us. I can see this being chaotic fun for four players in the same room and I found myself wanting to play with others. Although an online element would be warranted here, I don’t believe it is a must have but it could have been an option they could have explored. That said, playing this alone was much more fun than I was expecting and the people in the room around me also wanted to get involved. If you don’t take to it at first, stick with it as its a grower and I do believe at the time of writing you can obtain the game free of charge if you have a Stadia Pro subscription.

Spitlings is an excellent arcade game which offers a great amount of fun and frolics in local co-op.