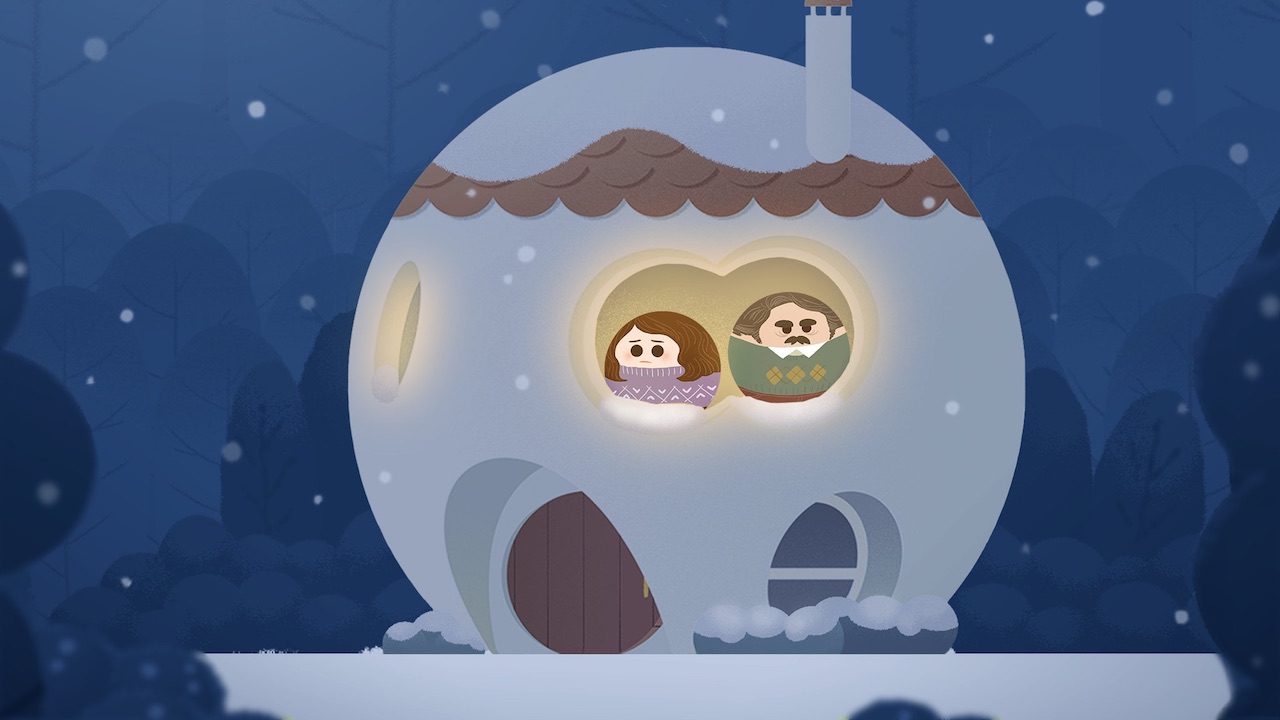 Sally’s Law is Polaris-X’s beautiful puzzle-platformer ported to the E-Shop from mobile and other platforms, with new content added for buyers. New content includes a co-op mode, various character costumes, a new character, and new opening and closing cinematic with live recorded music which was specially recorded. This award-winning game (TOP 3 grand prize at Google Indie Games Festival 2016) is an amazing game for you to play either solo or with a friend.

The game revolves around the two characters Sally and Samuel (also known a Father). When Sally was little she lived with her Mother and Father in their forest home and enjoyed going on walks with her Father, However, after the tragic death of her mother, their relationship becomes strained, with Sally eventually leaving the house to move to the city. The game takes place sometime later after she is called home, learning her Father is critically ill. Throughout the game, their relationship and history is revealed in-depth as she makes her way home, her Father aiding her in his spectral form. Sally loves going for walks, and became a writer in the city against her Father’s wishes, leaving without telling him. Samuel is very overprotective of Sally, especially after the death of his wife, which led to her resentment of him however he still looks out for her when she is in danger. Their characters become more fleshed out as the game develops, following their feelings and realisations about one another, making the game a heartwarming tale of love, parenthood and coming of age. 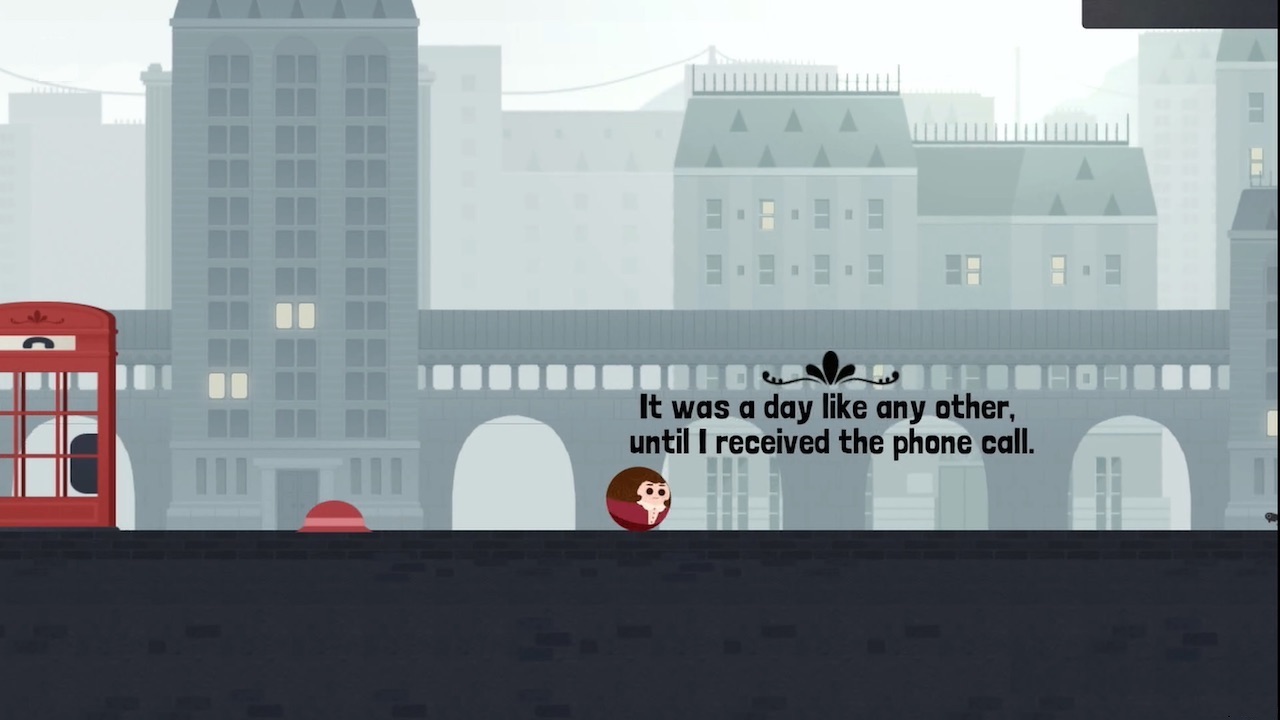 The presentation of this game is breath-taking. The games distinct art style is stunning with vibrant and colourful characters and settings. The landscapes are beautifully drawn, capturing each chapters environments perfectly and giving each a distinct feel as you move from the lights and concrete of the city to the green woodlands. The level design is also good, making sure that the game doesn’t become too repetitive by adding in new obstacles every now and again. The text that appears over the screen (as the spoken dialogue is in Japanese) doesn’t inhibit the gameplay, and works well with the environments it pops up in revealing more of the story as you progress. I love the music for this game, mainly consisting of piano soundtracks as you roll your way through the levels. What’s truly special is the live recordings done for the opening and ending of the game, adding emotiveness to the tracks and the scenes, boosting the already tearjerker storyline.

The gameplay is enjoyable. The game consists of five chapters, with each chapter having six levels to complete. For each level, you start as Sally, rolling and jumping to reach the end of the level, which can seem simple, having to jump over gaps and later hitting panels to change direction. However, you then replay the level as Samuel in his spectral form, where you have to use keys to remove objects from Sally’s path keeping her from harm, using her to jump to higher places etc. This is where the little difficulty lies, having to time jumps and make sure that she doesn’t hit anything, which can sometimes be a bit overwhelming, but this isn’t a usual occurrence. There is replayability in terms of collecting all the memorial photo pieces, on for each level. Some of them require specifically timed jumps. If you collect all 6 of them in a chapter you complete a photograph chronicling Sally and Samuel’s relationship. The co-op mode is fun and is where you can unlock different outfits for the characters; however, this isn’t very accessible if you don’t have a second player handy. Sometimes, the gameplay can seem a bit slow, making way for the story, though this isn’t much of a problem as the story is the main appeal of the game. 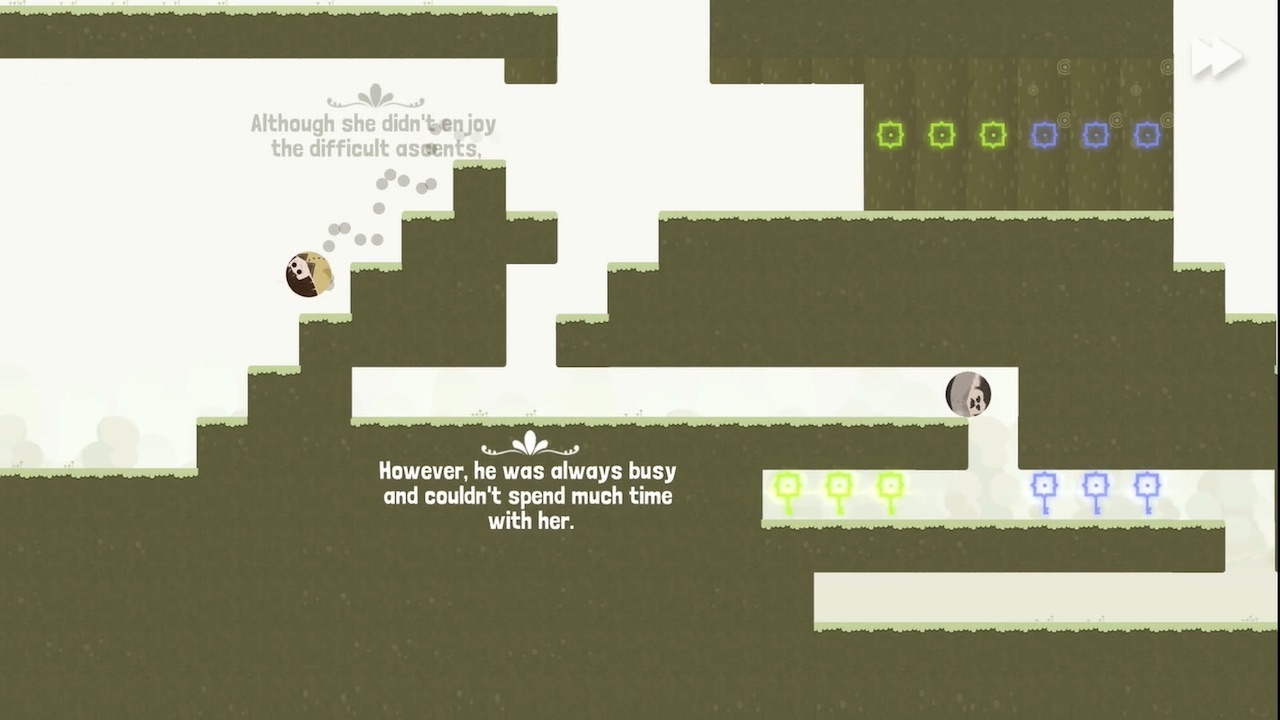 I praise the game for its beautiful and emotive narrative, design and music, all of which blend together to create a sensation and tear-jerking experience for the player, however if I had to nit-pick I would criticise the fact that the customisable costumes can only be unlocked in multiplayer mode, making them inaccessible to certain players. However, overall this was an amazing game to play through, with the new content bulking out the experience adding another layer to an already great game.