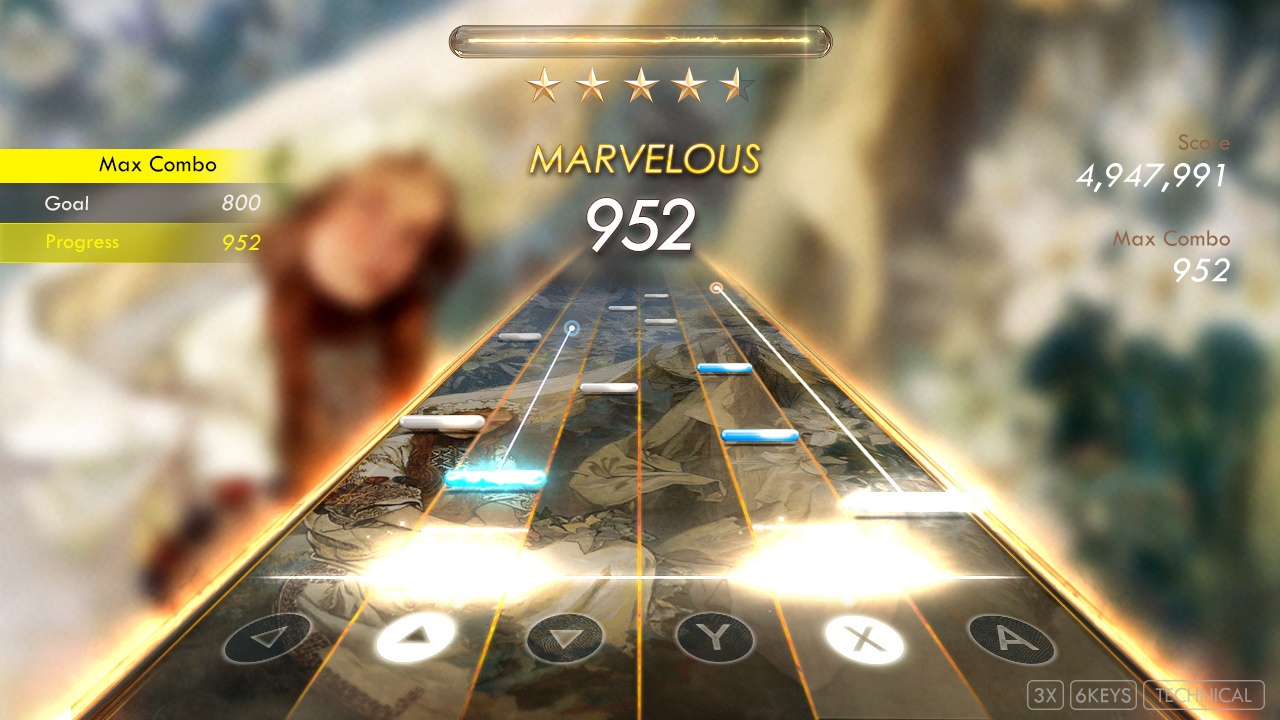 Switch exclusives are sometimes hard to get a good gauge on. Naturally, with first party exclusives starring Mario, Kirby, Link and literally every other pantheon character, the expectations are high, the quality is good and the outcome is generally favorable. When indies decide to put their hat exclusively on Nintendo’s hook, however, it runs a certain risk: you need to appeal to the core audience of the console. Is it going to jive well with all the people of the system? Is there enough of a draw to get sales and attention for something that isn’t the upcoming Metroid Prime sequel? For interestingly-named developer/publisher Superb, they certainly feel that their piano rhythm game, PIANISTA, is worth the admission, and I must admit they make a good case.

PIANISTA is a four or six button rhythm game set entirely around the trinity of musical eras that everyone lumps together, the Baroque, the Classical and the Romantic. There are a few different modes of approach, but the theory always comes back to the same idea of being able to hit buttons in time with music that is coming down the screen. Represented by rails of notes that descent towards you a la Tap Tap Revenge and most other rhythm games of that nature, you get graded on how well you hit the notes in time with the music playing, and get “rewarded” with an incredibly jarring dissonance if you miss or it the wrong button. Get graded on how well you perform, get the applause, enjoy the show. In theory, pretty straightforward and simple.

There are a few things that help set PIANISTA apart from other rhythm games, and, for better or worse, they do make for a unique experience. For example, and as you might infer from the game, everything here is a famous piano composition that many will have heard throughout their formative years in primary or secondary school. All the big names from music appreciation class are here: Beethoven, Mozart, Chopin, Tchaikovsky and more. Basically, if you ordered a “Big Box of Classical Music” CD from Amazon ever, most of those tracks (if not all) are here. But this actually works to help set the game further apart and additionally polarize the audience. On the one hand, if you like piano music in general, this is a rather fine collection, and whomever is performing the pieces does so marvellously and beautifully. It also helps to showcase how truly complex a lot of these movements are and the talent that goes into playing them flawlessly in a solo element. On the other hand, for music aficionados, having so many “mainstream” might be a bit of a turn off, since you aren’t going to find many obscure Baroque items sprinkled throughout. In the same vein, if you’re someone who simply doesn’t have an ear or a taste for older piano music, this is a big, fat PASS on the purchase screen. 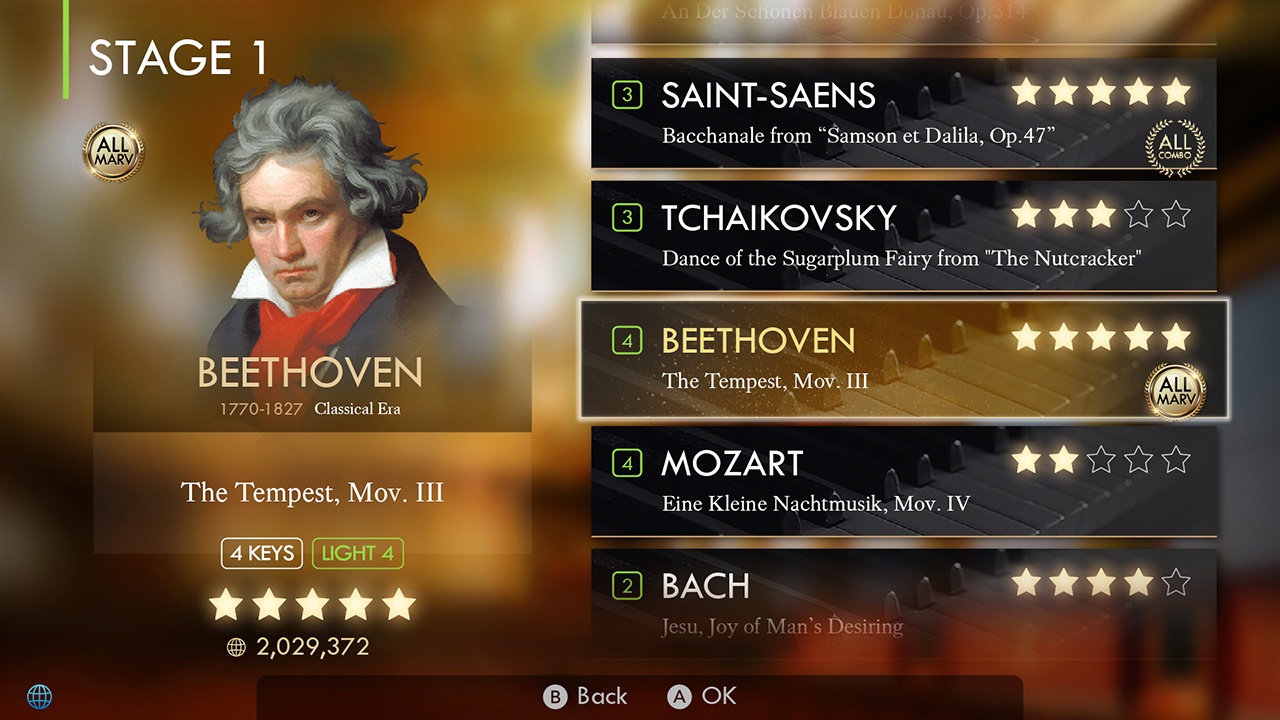 Besides the normal “arcade” approach to gaming in which you choose three tracks and do your best (a style we’ve been copying since before Dance Dance Revolution), there’s also some interesting modes to give more versatility for PIANISTA. For example, there’s a Concurs mode that challenges players to do well across multiple generations and iterations of piano music in a level-by-level format. This asks players to really explore all the music available in the game, and, hint, there’s actually a metric ton of audio available. However, in order to unlock it all, you gotta do the legwork and run through the Concurs, which takes a sizeable amount of time. Speaking from experience, do not attempt this in one sitting, as you’ll get completely and utterly fed up with it after a while. But the outcome is worthwhile, as you spring a much, much wider range of pieces and composers, including a bigger focus on some of the Russian works that might not be as popular as the Austrians and Germans. Additionally, this helps to unlock additional pianos to use as skins, which is also nice in a purely aesthetic and not affecting the gameplay or sound in any sort of way style. I mean, if you’re in it, might as well be in it, right?

Speaking of gameplay, there’s a lot I like about PIANISTA’s approach to doling out the difficulty and reactions. The button configuration works great (three for the directional arrows, three for ABXY), and things flow really naturally between the two sides of the keys. You get into a groove very quickly, and the fluidity of the mapping means that there was serious consideration for how the game translates to the controls. Even on the beginner/easy mode, you have spurts of quick thumbs to keep you on your toes: there’s no zoning out and just getting a high score in this game. When you ratchet things up, it truly gets complicated, asking you to understand the music on a fundamental level and anticipate/memorize where your thumbs will go next. The only shortcoming to this is you develop certain expectations on how the music will sound, and it may actually be jarring for players to realize there’s only two outcomes: hit or miss. Late but accurate notes won’t sound any different from spot on hits, and the jarring cacophony of a true miss can easily throw you off to make more mistakes. 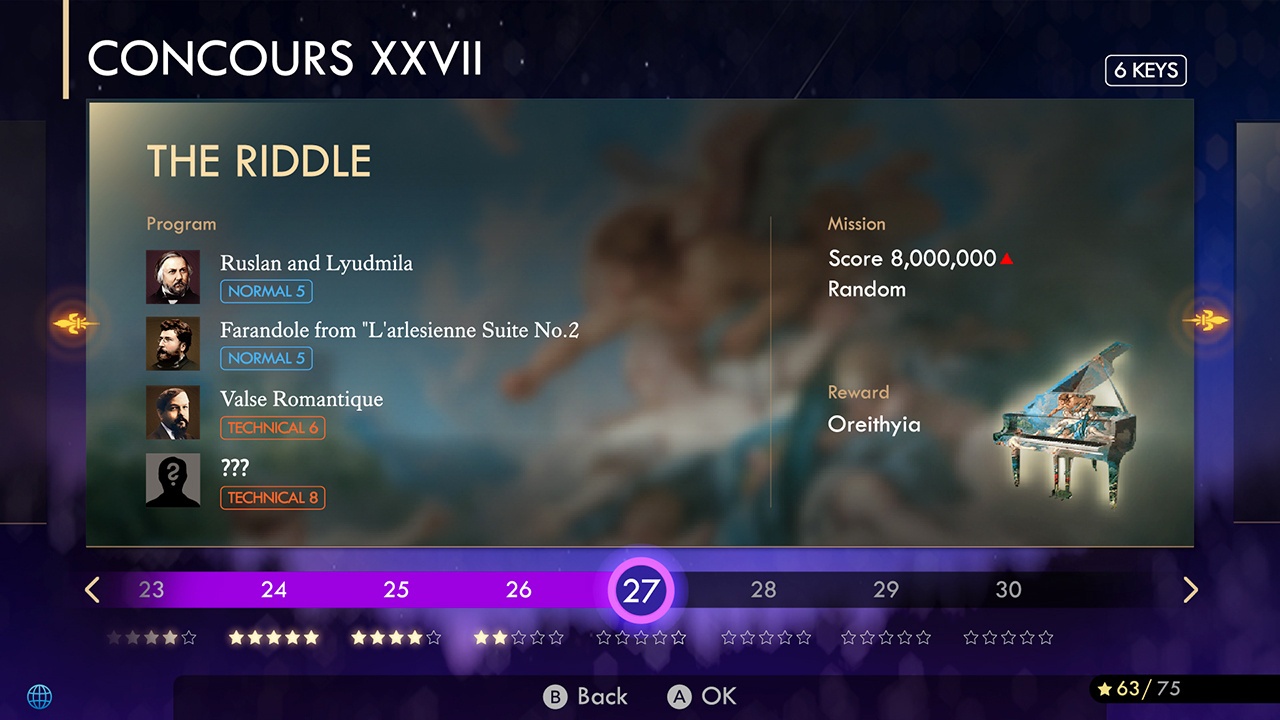 There’s also a duet option that is…interesting. Instead of having a dueling pianos setup (which could have been fantastic, just not with this music), you split the keys with another player, handing them one JoyCon to take over half. It’s fun enough, but, again, I like either co-op playing or head-to-head two player setups. Having it so that you need to place your trust in another person to have the same precision or timing as you can be a leap of faith, so please consider only doing this when you have someone who’s on the same wavelength. If they’re here to perform and win, awesome, let’s do it. If they’re here to bang on keys and make sounds, maybe pass the JoyCon back over here. This also means that it’s possible for really smarmy players to do two player mode by themselves, and I’m sure we’ll see videos of it soon enough.

Add in a dash of fantastic historical elements (you can learn more about the composers and their pieces from within the game), and PIANISTA is a really special and unique title to launch on the Switch. It fits in with a lot of the Nintendo mission statement: it’s fun, it’s family friendly, it’s pretty intuitive and it’s definitely a world apart from other games of this type. It does more to stay true to the original words than Frederic, but it still has enough pizazz to attract all types. Again, if you seriously don’t enjoy piano music, then this isn’t going to be your cup of tea. But if you’ve got an ear for the ivory tones, then the applause and recognition of PIANISTA might be enough to keep you going for encore after encore.

Gorgeous, exemplary and stylish gameplay make PIANISTA one of the classiest rhythm games I’ve ever seen.