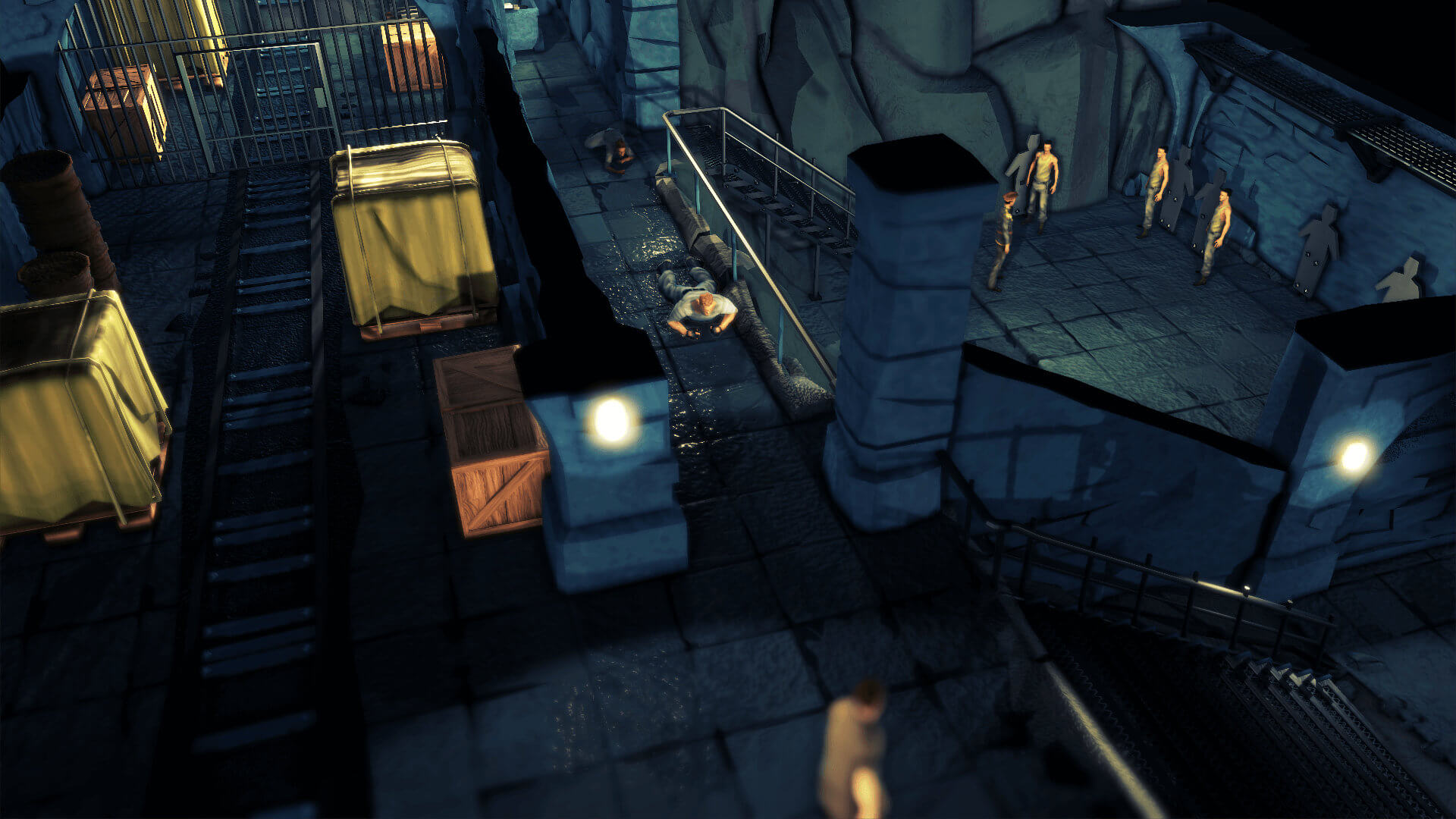 Not so long ago, tactical RPGs were nothing more than a rarity. and as widely available as they were, and still are on PCs, then they were nothing more than a myth on consoles. But the current generation of gaming hardware has turned the tide of the industry as PlayStation 4, Xbox One, and even Nintendo Switch now feature a host of turn-based strategy games. But as enjoyable and entertaining as titles such as X-Com 2 and Phantom Doctrine are, then they all only represent a fraction of what the genre used to be back in the 1990’s and the early 2000’s. But thanks to Cliffhanger Productions, gamers both young and old will now be able to experience/re-experience the full spectrum of tactical RPGs/turn based strategy genre, as the recently released Jagged Alliance: Rage! shows it off in a different light.

Jagged Alliance: Rage!, unlike your X-Coms and other modern turn-based RPGs, does not revolve around recruiting nameless grunts, but instead it focuses on a handful of meticulously designed characters, which have been built from the ground up. And in-game, they all possess unique physical silhouettes, personalities, skill sets, and even complete voice overs which as some of you may know have been missing from quite few games of this genre in the recent memory. And the studio behind the title has even went as far as to include additional voice-over which provides you with extra information on the title’s main plot, side activities, and even the relationship status between the mercenaries which you are currently using. And something seemingly as insignificant as idle chat between two playable characters can make a world of difference, as it provides one with moments of solace in an otherwise hectic and intense game.

As you can see on the attached screenshots, Jagged Alliance: Rage! is not exactly a AAA title, as the studio behind it clearly didn’t have the budget to exceed, or even match the scope and scale of the aforementioned X-Com 2. But it seems like the developer was clearly aware of that as it has compensated for some of its title shortcomings with additional features which are missing from many, if not most modern games – as you had a chance to read about above. However, additional voice acting and extended script can only get one so far, especially when one also has a game which is not exactly up to standard. 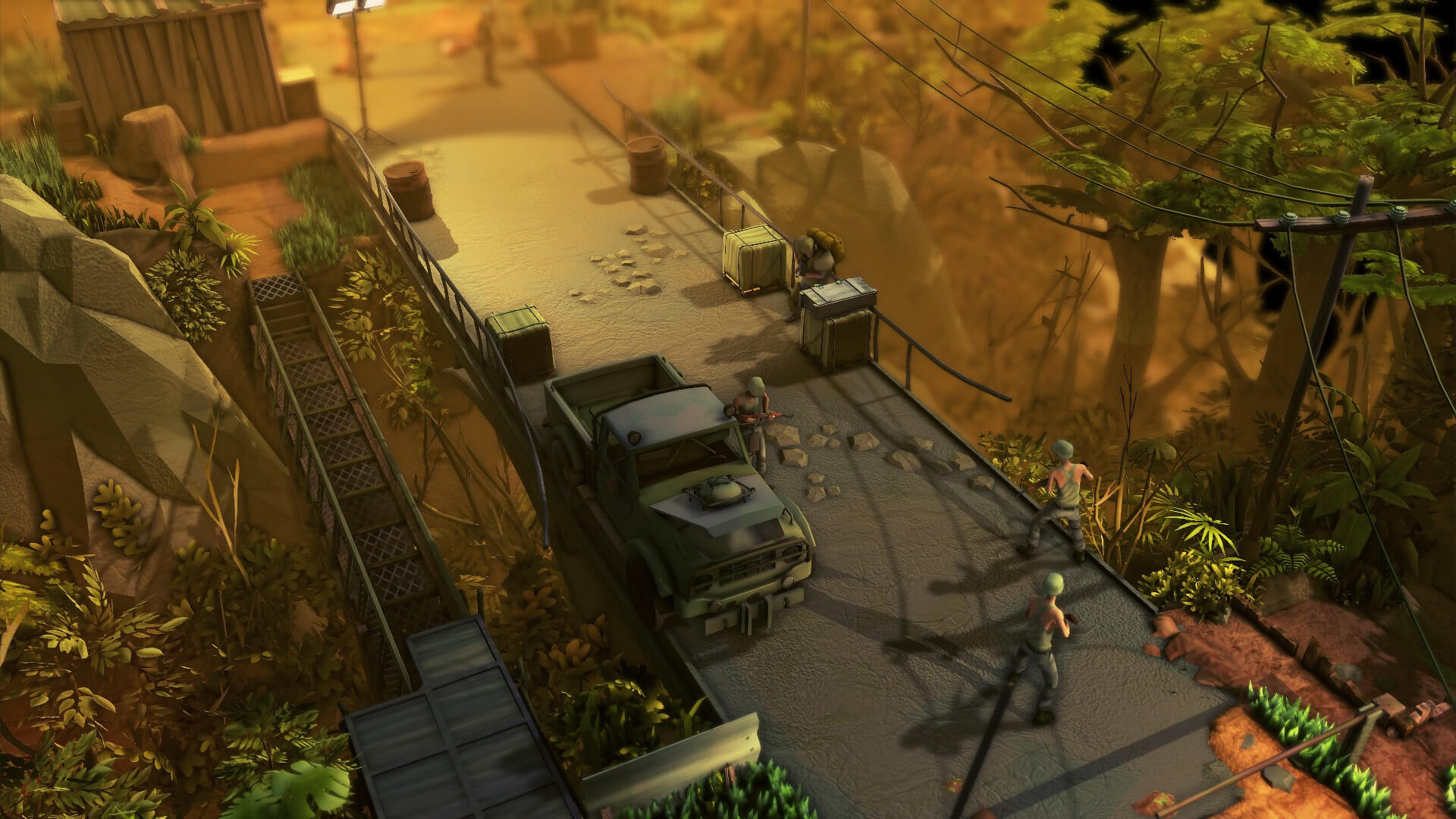 This particular installment of the Jagged Alliance series possesses the subtitle Rage, as it features what has been described as game-changing mechanic, aptly named Rage. And while it is game changing in its essence, then it is more of unnecessary nuisance than a mechanic, as it walls off certain mercenary abilities behind ‘Rage Points’, meaning that the character has to be ‘enraged’ in order to perform certain actions. So if you want to carry out an ambush using the rally ability, then you are out of luck, as your mercenary which is in possession of that ability needs to first be damaged by a hostile, or witness a certain action. Meaning that in a way, you have to play Jagged Alliance: Rage! in a manner which the developer has envisioned, with very little to no input or agency. And this will disappoint many, as fans of the genre expect freedom of choice and expression from games such as this.

Jagged Alliance: Rage! may not be giving you the freedom to which you might have gotten used to by now, but in its stead, it gives you something which many other titles of this particular archetype don’t, and it is namely the consistent, and steadily paced narrative, which provides with you ever shifting goals and objectives. Meaning that you always have something to play towards, and sure, X-Com 2 did feature a main narrative which had you save the world from an alien occupation. However, such was so broad and vague that within hours, it had become obsolete. Whereas Jagged Alliance: Rage! features a plot which constantly transforms in order to provide you with ever fresh carrots on the proverbial stick, so you never feel like you have nothing to play towards.

The main narrative of Jagged Alliance: Rage! may not be a mainline successor to Dostoevsky’s  Crime and Punishment, as in truth, it is rather simplistic and even campy at times. However, unlike games such as Assassin’s Creed Odyssey, it does not pretend to be anything else than that. And from the second you start Jagged Alliance: Rage!, it makes sure to tell you that it is basically a 1980’s action film, transformed into a 2018 turn-based RPG. And this amount of self-awareness from the developer allows Jagged Alliance: Rage! to shake off a lot of negativity, which could otherwise be aimed its way. It is campy, it is ridden with cliches, but above all else it is immensely fun. And while it may get a little intense from time to time, then it makes sure to diffuse any negative emotions with a heavy dose of 1980’s humor, whenever the smoke settles. 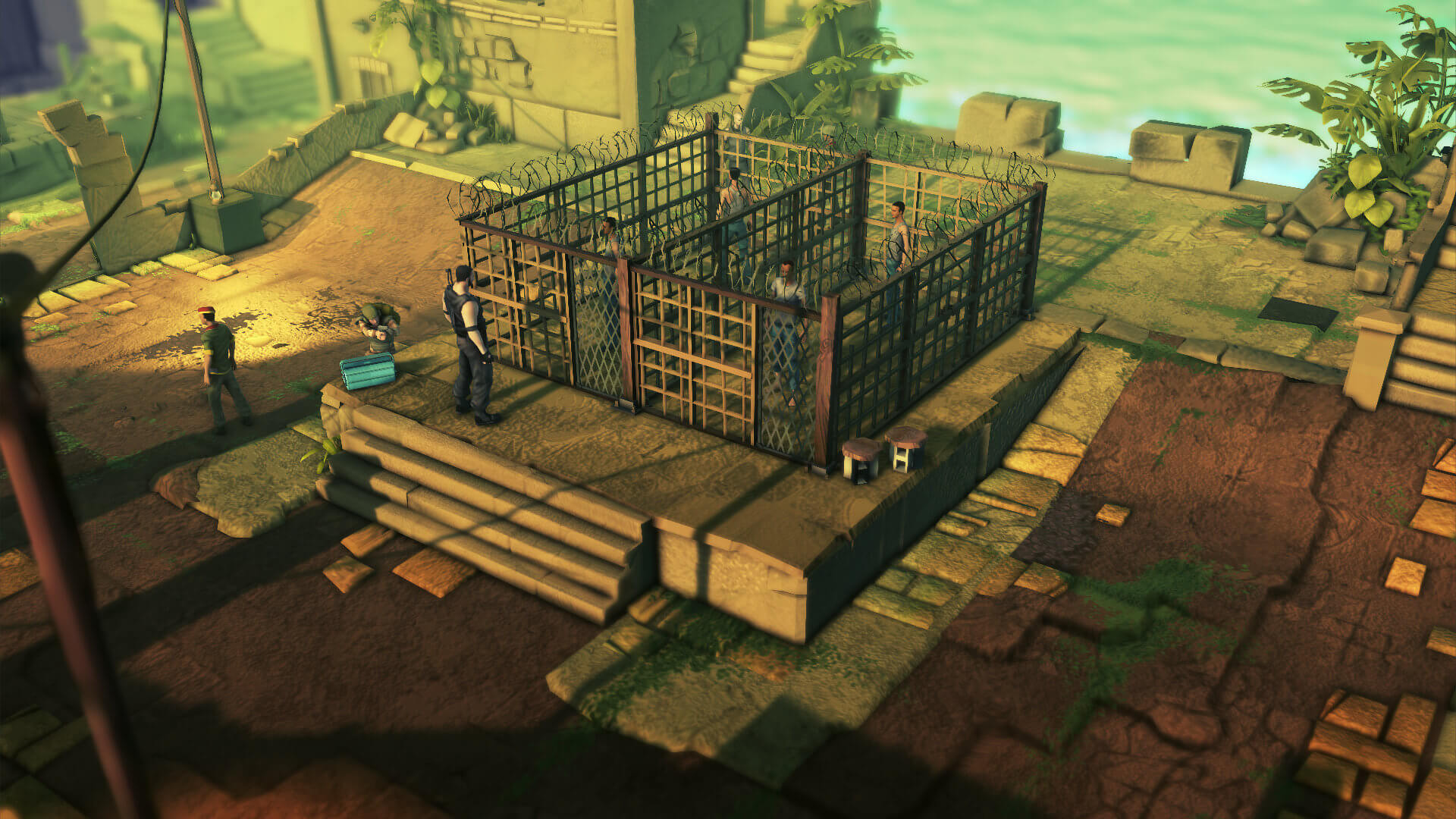 Just like all games of this archetype, Jagged Alliance: Rage! has been designed with the mouse and keyboard in mind. And while Cliffhanger Production has done a mighty good job with the in-game key bindings, as Jagged Alliance: Rage! feels incredibly fluid and natural to play and interact with, then the same cannot be said with the transition of the movement of the left analogue stick. As more often than not, the on-screen cursor is way behind the analogue movement, and while playing Jagged Alliance: Rage!, you will find yourself constantly readjusting the on-screen pointer, as from my experience it never ends up where you’d want, or even expect it to be. And this appears to be an issue with the title’s checkerboard, as whenever you move the cursor across the screen, it appears to get temporarily stuck on each and every edge, of each and every square. And the more you play, the more annoying it gets.

In conclusion, Jagged Alliance: Rage! is a good game, with a not-so-good console port. And sure, it is not any way catastrophic or soul-destroying, but most will expect it to play just as well as the PC version, and in its current state it is unfortunately far from it. And it is rather surprising as many have said that Jagged Alliance: Rage! was borderline impeccable on PC, all the way back in August of 2018. And to see the game suffer from hitching, and inaccurate controls on consoles nearly four months later, is rather disappointing. But even with all the flaws taken into the consideration, Jagged Alliance: Rage! is still a fairly entertaining and satisfying title, even if it’s not the grand return of the series which may wanted it to be.

Jagged Alliance: Rage! is a good game, with a not-so-good console port.