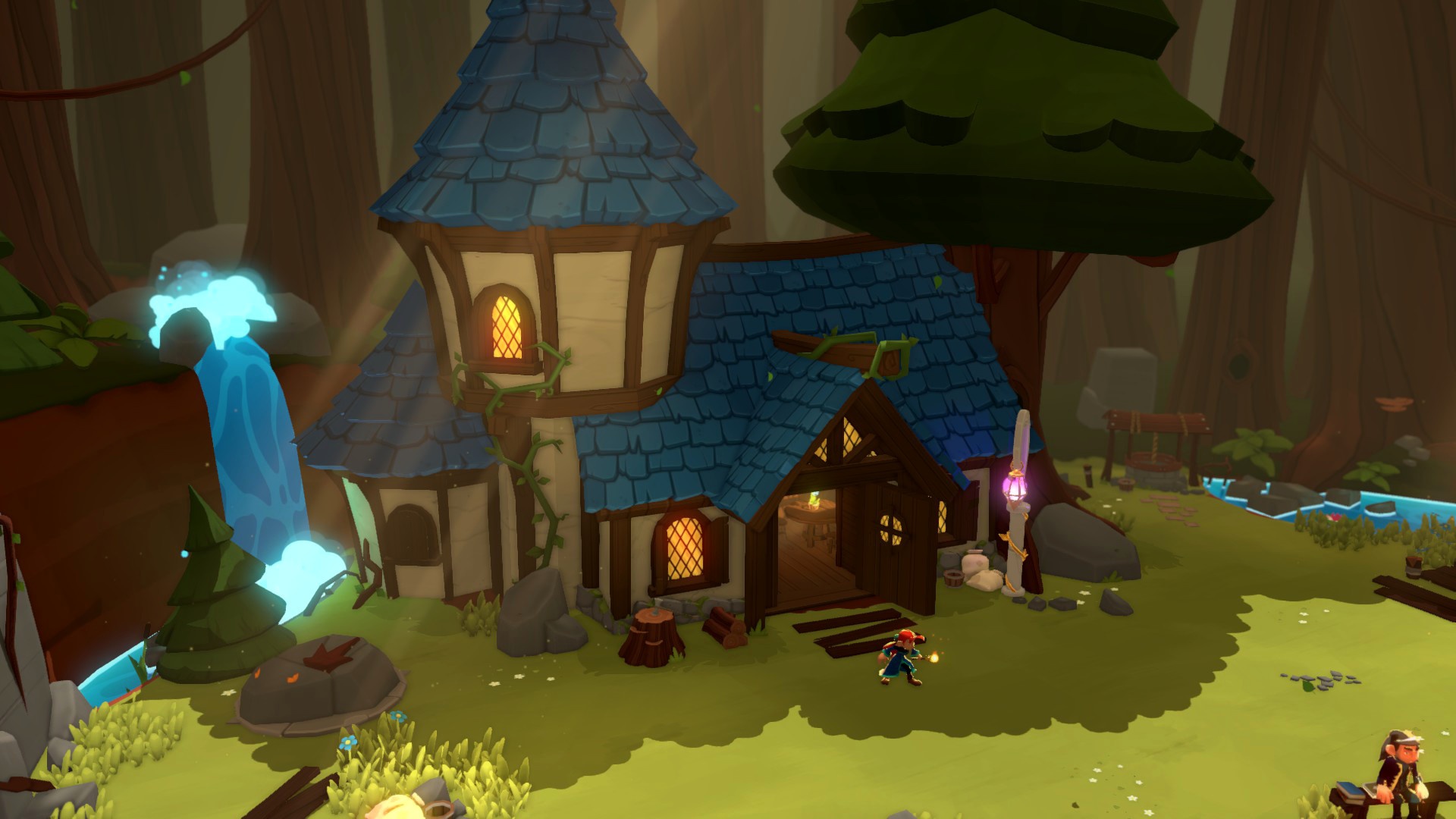 Quite often, we take for granted the powers of magic within video gaming. Usually, you find or gain a mystical power and let rip with them; all with no real thought in how the magic got there in the first place or what components make up its power. However, with Borealys Games’ new title, we are now given the opportunity to appreciate the creation of such powers as Mages of Mystralia casts a release onto the Nintendo Switch.

This action-adventure role player, follows the plight of a young girl called Zia, who is borne with the powers of alchemy after it has laid redundant for a hundred years. After an accidental fire within her home village, she is cast out where she meets a spellmaster who persuades her to learn the ways of mastering her magic. Her training leads to a chance encounter with a mysterious alchemic book who speaks to the young girl; offering her a myriad of recipes with which to develop her arsenal and help her on a quest to rid an ancient evil from the kingdom of Mystralia.

Through the teachings of the book and her spellmaster, Zia learns of the elements that help to create the powers of fire, ice, electricity and more. The game starts off with a basic premise in the art of alchemy; often binding certain buttons to specific functions of each of the elements. Before long, you’ll soon be firing fireballs to light torches, creating barriers to shield you and building ice bridges over impassable bodies of water. Viewed from a semi-top down, isometric view, you guide Zia around a variety of landscapes, learning the techniques of magic, overcoming a series of puzzles and meeting all manner of characters along your journey. 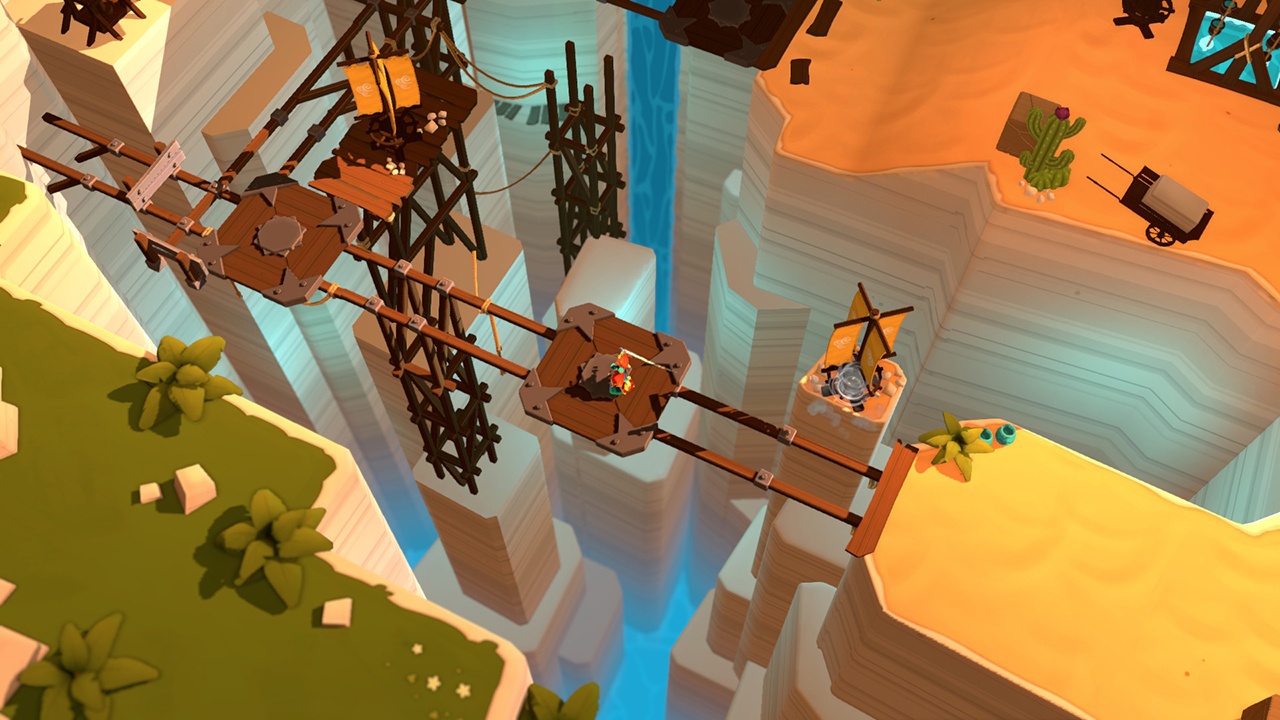 It’s these elements combined that make up the majority the gameplay. However, the mainstay here is the learning of the magical arts that is presented in quite a unique fashion. As you progress through the story, you begin to unravel a depth to the gameplay, as you begin to gather runes that are dotted around the land and combine them in a series of grids to create and enhance the spells at your disposal. This soon becomes an important element in the gameplay, as to progress through the story, you need to overcome a series of challenges or puzzles that require you to develop your skills. In terms of challenge, there’s nothing here that is too taxing or difficult to work out; but only as long as you have developed the right spell for the job. For instance, to pass through a gate that is blocking your way, you may need to light a nearby torch which activates the mechanism of the closed gate; a simple enough task for the basic fireball. However, as you progress the activation switches may become more technical, forcing you to develop a spell that can fire a bolt in an arc that lights a series of nodes as it travels in a circular fashion.

These spell enhancements can be activated with the experimentation of placing certain runes on specific nodes to alter the effect of the spell. A lot of the fun of this title comes from the exploration of your regions and gathering as many runes as possible; although this can also lead to some backtracking as you learn new spells that can open up previously impassable obstacles that may lead to new runes and spells being learnt. There’s a lot of satisfaction in the mechanic of spell development, as well as a good level of depth that allows you create some simply spell-binding magic. As you begin to accrue more runes, the variation in spell creations increases, producing some powerful results that can cast homing fireballs or attractant traps and even spells that can cast all of their elemental powers in one burst.

As well as creating and casting magical spells and puzzle solving, you’ll also find yourself in combat situations against all manner of foes. With your arsenal of magical powers you can create a variety of offensive moves, as well as defensive ones that provide cover or offer a speed boost to dodge any incoming attacks. Much like the puzzle elements of the game, combat is rarely difficult; especially when you begin to utilize ranged attacks and dodging techniques. For the most part, enemy foes come in the form of groups of minions, but on occasion you will come across much larger, boss-types. Although quite daunting in size, these boss fights rarely offer a more challenging fight. 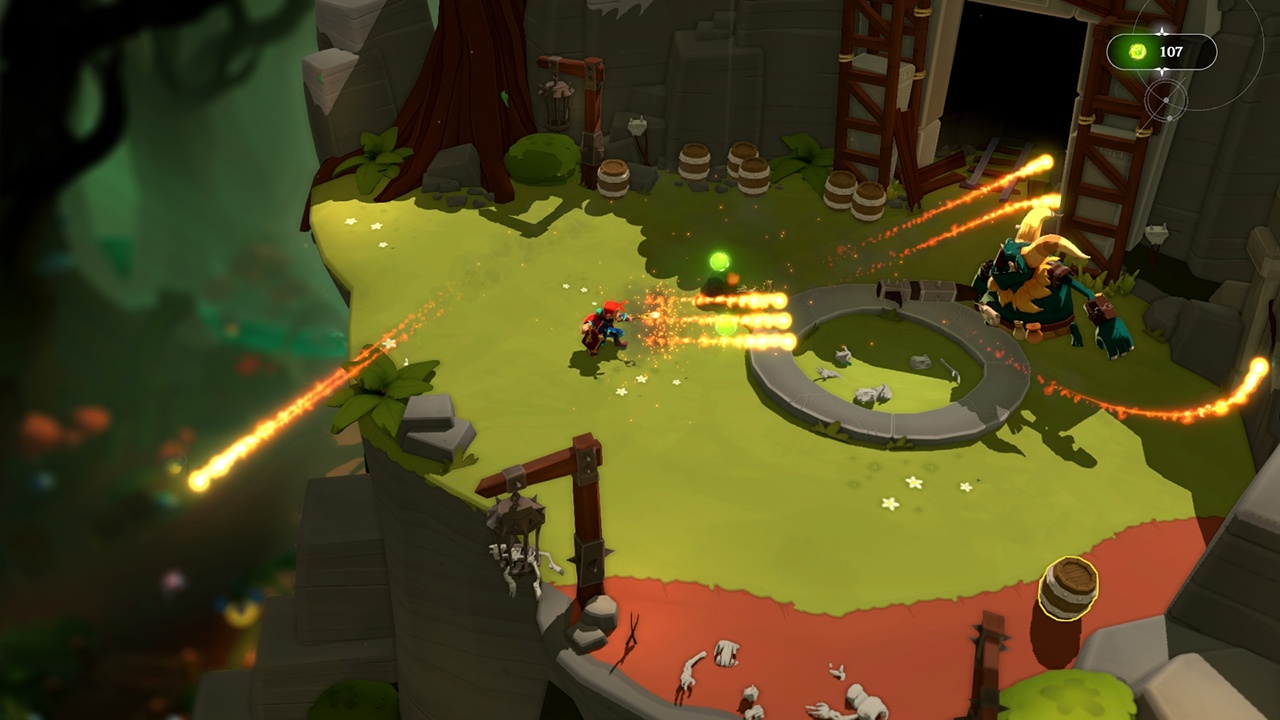 Despite the fun in finding runes and developing spells, the combat is largely generic; as is the story that is narrated through character interactions. Although it does try hard to inject emotion and drama, it rarely feels exhilarating or exciting in its plots and themes. This is largely attributed by some decidedly dodgy grammar and a plethora of characters that rarely invest you into their well-being. In fact, there’s nothing particularly new here and is probably one of the weaker elements that make up the game. However, graphically, this is a game that contains a lot of charm. Everything is brightly coloured and detailed, with some nice landscapes to explore and terrains to traverse.

When you put all of its elements, Mages of Mystralia is actually quite a decent game. It’s varied combat and puzzles, although simplistic, are still engaging and interesting and the fidelity of its presentation makes for a good viewing experience. The real heart of the game though, lies solely in the development and experimentation of spells. You can create literally hundreds of variations and combinations to create some very surprising and powerful results. In fact, this mechanic of experimentation can even add a few hours to the game’s overall length; as does the hunt for extra runes to see what powers they may possess and how much further they can tweak any existing spells that you may have conjured. If the game had any bad points, then it would be everything here just feels a little too generic for its own good, especially in terms of its story. Despite this though, this is still an enjoyable game that can hold you to the end with its spellbinding magic.

An enjoyable game that can hold you to the end with its spellbinding magic.