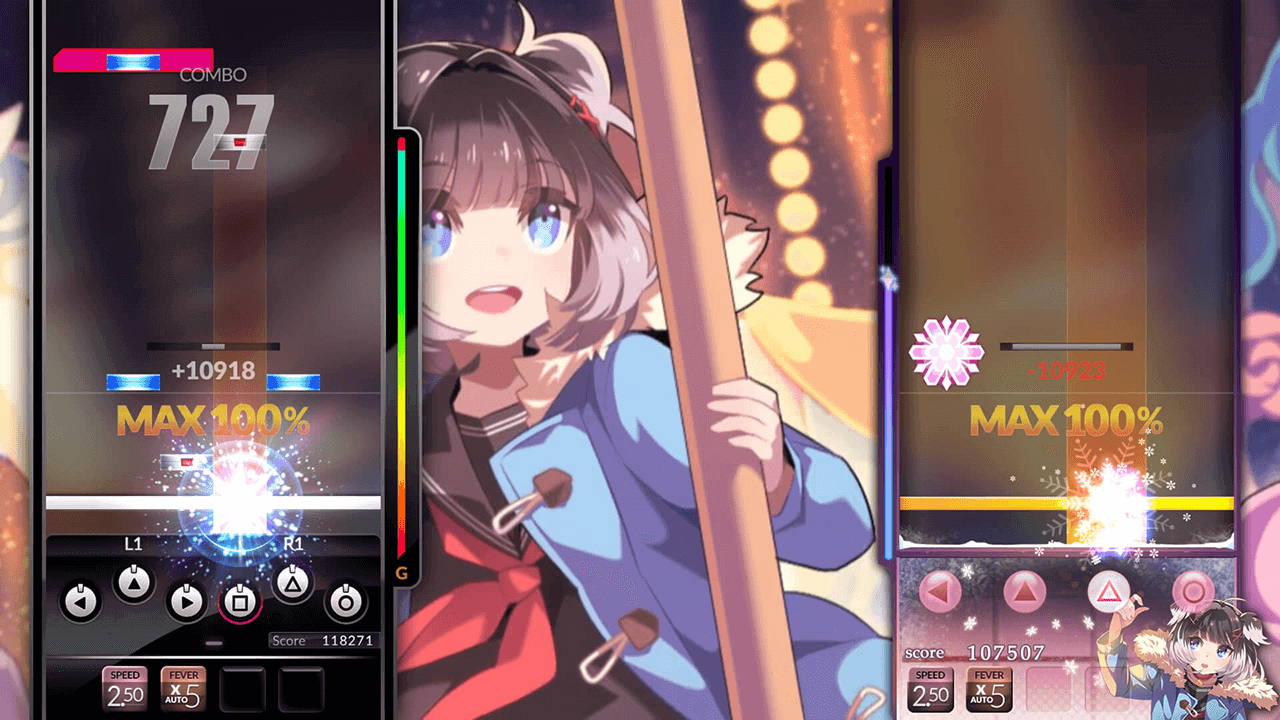 In the small but lively rhythm game community, there likely hasn’t been a franchise with such an interesting reputation as DJMax. Created and published by South Korean team Neowiz MUCA, the series has grown from a small web service to a well-respected icon that has finally made its way to the PlayStation 4 with its latest entry: DJMAX Respect.

Like the previous instalments in the franchise, DJMax Respect is an action rhythm game with a concentrated focus on experimental music by numerous South Korean DJs, made clear through the games lack of a campaign or any semblance of a story. Rather, the game throws you into the content that it promises: a vast amount of songs, gameplay methods and game modes to choose from. While this can seem appealing at first, the proud display of content can feel a bit intimidating to those unfamiliar with rhythm games, and some form of optional tutorial for beginners would have been useful. 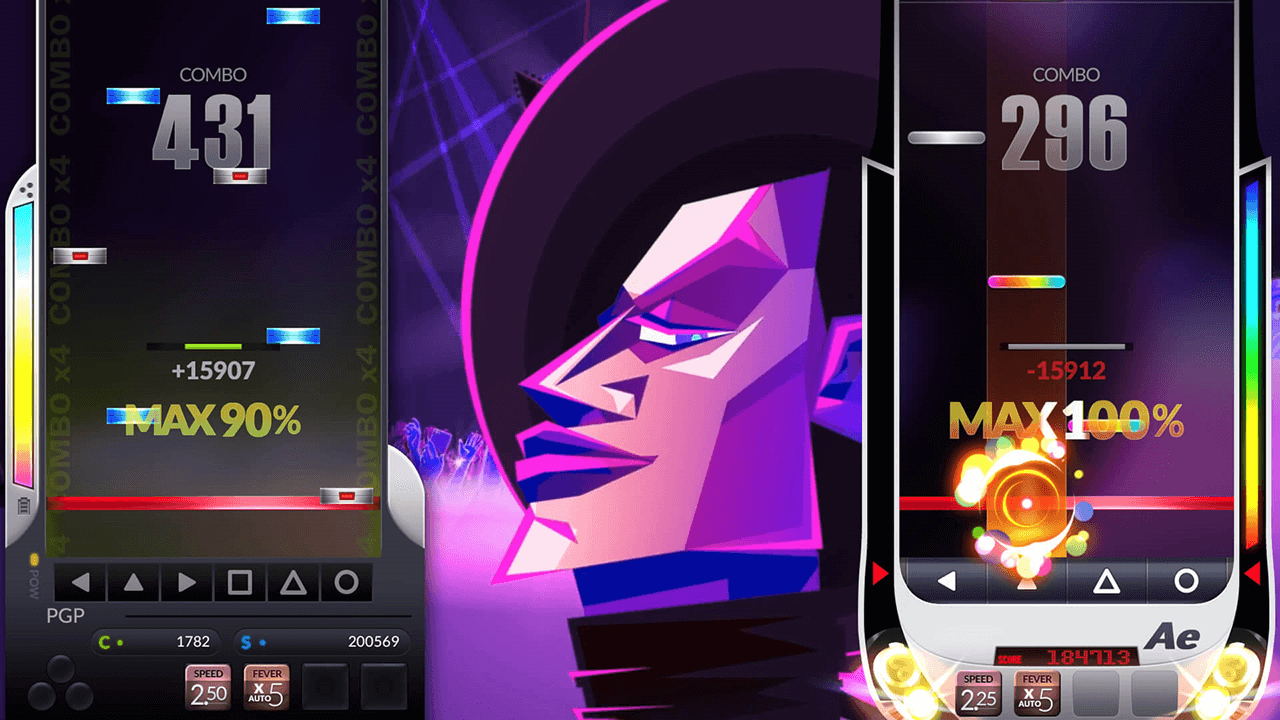 Like most rhythm games the player must press buttons in time with the corresponding visuals and the track selected in order to finish the song. In DJMax Respect precision is key; playing accurately throughout a song ranks up Combo points and fills up the game’s DJ Fever meter which, when fully filled, activates a mode which speeds up gameplay but gives leeway in heightening the Combo percentage. A single slip up will completely empty the Combo counter. Simply put the objective of the game is to play precisely, fill up the Combo meter and activate DJ Fever as much as possible.

A basic explanation of DJMax Respect’s gameplay can make it appear easy, but make no mistake, this game is not for the casual rhythm game player. While it has undoubtedly become cliché, the game’s common comparison to Dark Souls in terms of difficulty isn’t made simply for the joke, as it can be unforgiving to those who aren’t prepared to fail. Messing up the first few seconds of a song can result in game over on the easiest settings. It can be nerve-wracking reaching the end of a song after making mistakes, and the slippery slope of investment can have you retrying a song over and over again. But not every song in the game is a battle as they do vary in challenge, with some being ideal for beginners (though it would have been useful in modes like Freestyle to allow the player to order songs in order of difficulty to gain a grasp on how it increases), and the PlayStation 4’s Dualshock controller lends itself to the rhythm game formula, making the long road of improvement just a little bit easier. 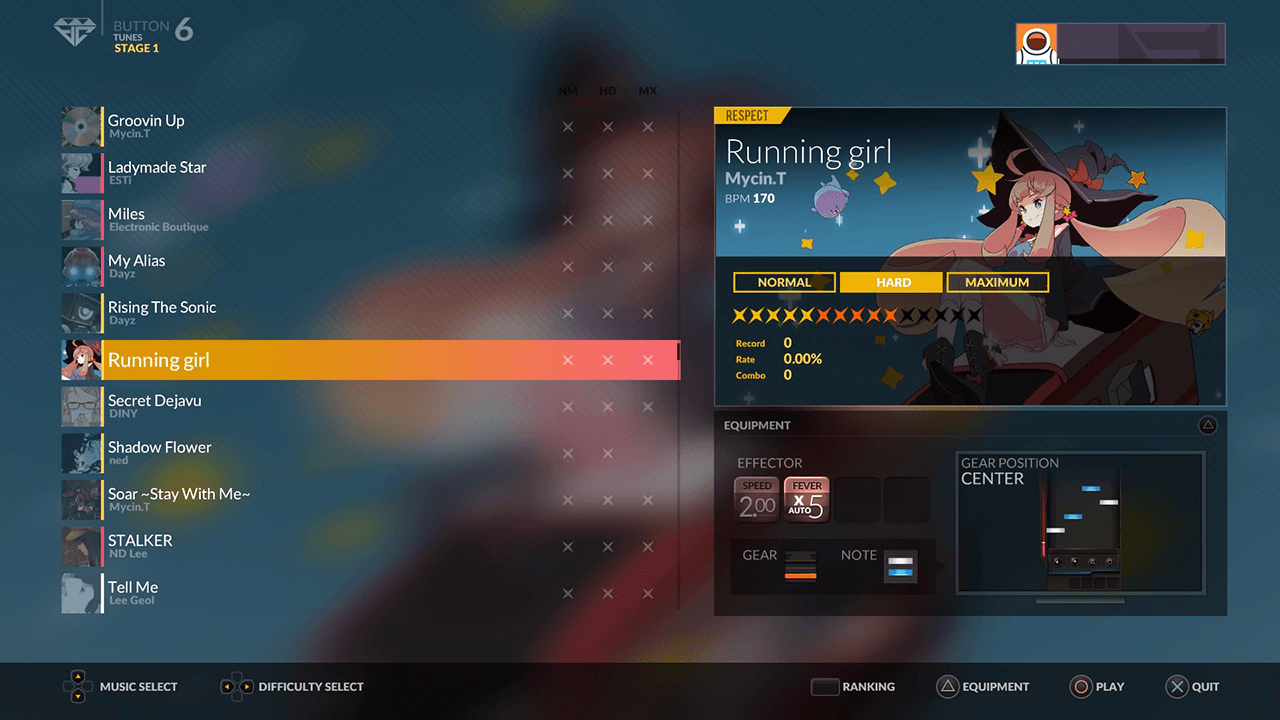 On the topic of songs the variety on show in DJMax Respect is phenomenal. Featuring South Korean artists such as NieN, GOTH and SamplingMasters MEGA (who is known for his contributions to the Xenosaga series), the tracks vary in genre and tone. For players with specific taste, Freestyle is a great addition which allows you to find the songs you would normally enjoy, and you can add songs to a Favourite list to avoid losing them in the impressive 107-long track list not counting DLC. Add a sleek, stylised visual design to the mix and you have a game that feels full to the brim with unique content that wouldn’t be found elsewhere.

DJMax Respect definitely isn’t for everyone; it requires patience and precision even at its easiest. But for lovers of the rhythm game genre and those with the willpower to improve, the game has an incredible amount to offer and is without a doubt worth the investment.

In the small but lively rhythm game community, there likely hasn’t been a franchise with such an interesting reputation as DJMax.