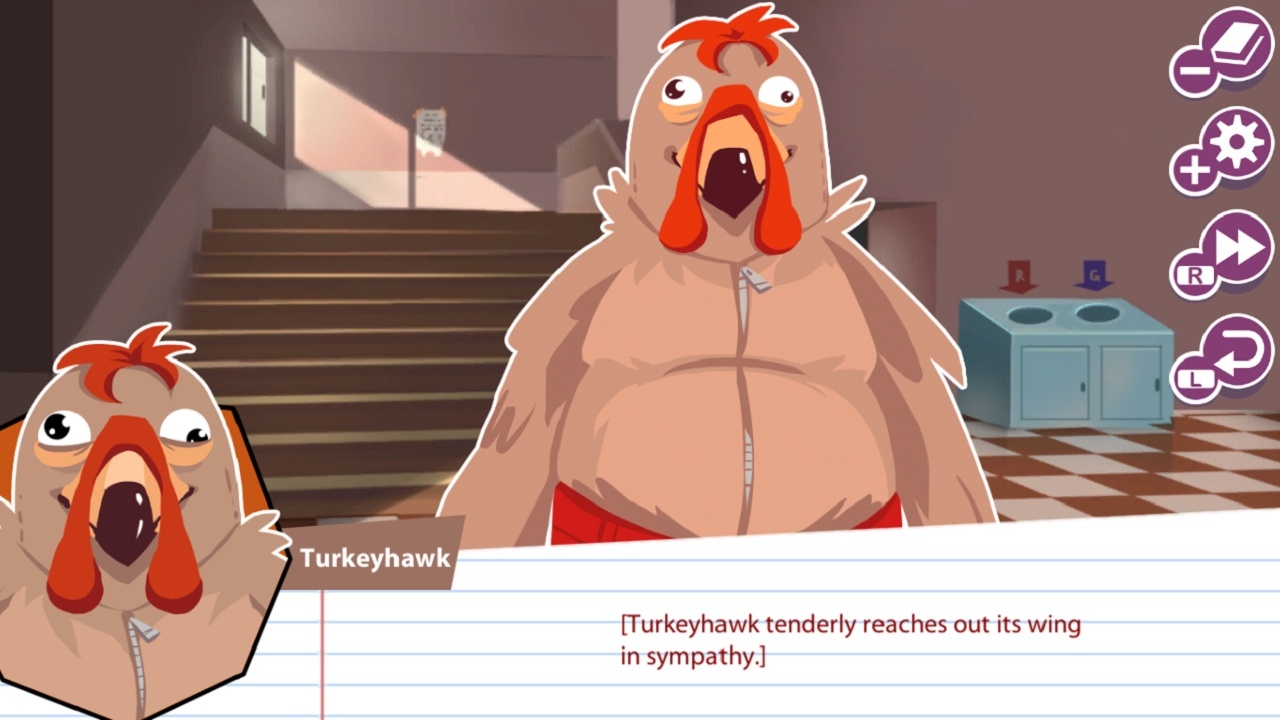 Long Story: A dating game for the real world is an LGBTQ friendly dating sim that puts you completely in control. Originally released on iOS and Andriod as episodes, and seems to be a hit, this dating game has now branched out onto consoles. Nintendo Switch to be exact. With all episodes included. So, I guess the question is, is it worth your time?

The game begins with you choosing how you would like to be addressed in the game, ‘He, She or Them’. You will type in your name and choose what you would rather look like from two choices. It’s basic but it allows you to feel more attached to certain story-lines when the characters are addressing you directly. After doing this, your story begins. You and your family moved to France for unknown reasons and just when you had started fitting in and making new friends over there, you up and moved back to what I can only assume is where you originally moved from in the first place. It’s your first day of school and you don’t know anyone here now, apart from the dreaded ‘HenniferJane’. A trio of badness, but you will figure that out. From now on every decision to make is yours, this is your story. Be friends with who you like, date who you like and say what you like, within reason. Though I will warn you, the story is pretty cliche and certain characters can be a little ‘much’ and overreact to certain situations. Or you will just think ‘I would never say that’. 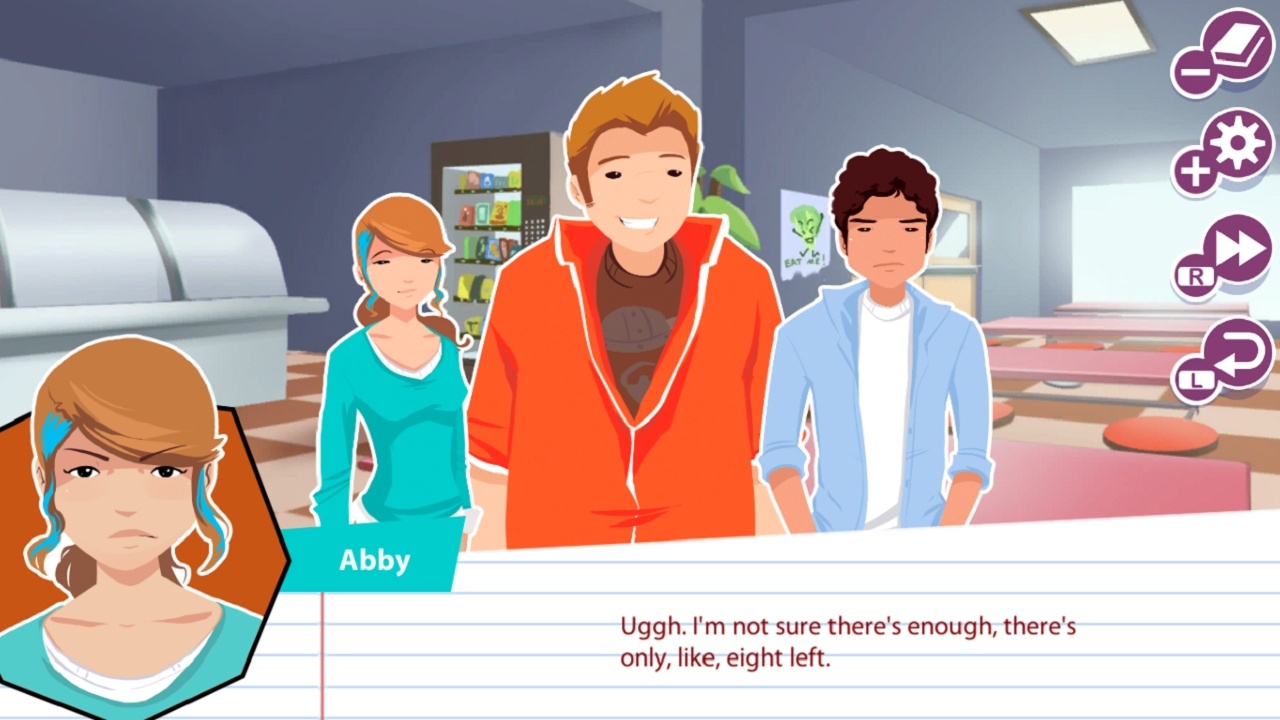 With Long Story pretty much being a visual novel, the gameplay is fairly basic. You’re not going to be doing anything apart from deciding on a narrative and pressing the ‘a’ button. But it works. It doesn’t need anything more than that, in my opinion. Like I said before, this is your story. Meaning that everything that happens is from your perspective. This makes you feel more attached to the characters. Every text I received in the game made me feel like I had just received that text. Me. Each time I spoke to a character I wanted to make sure I didn’t hurt that character’s feelings with something I had said. I found my own personality coming out in the game, and that made me feel more connected to it and its characters. Each decision you make in-game affects the way you will interact with certain characters throughout the story also. For example, if you admit to having a crush on someone you’re conversations with that person will be more flirty.

Contrary to its title, Long Story isn’t actually that long. I clocked in maybe 6 or 7 hours across its 8 episodes. I’m not sure whether more episodes will be released in the future but I really would like to think there would be as the eighth episode ended quite abruptly, making me feel like the story was somewhat unfinished. 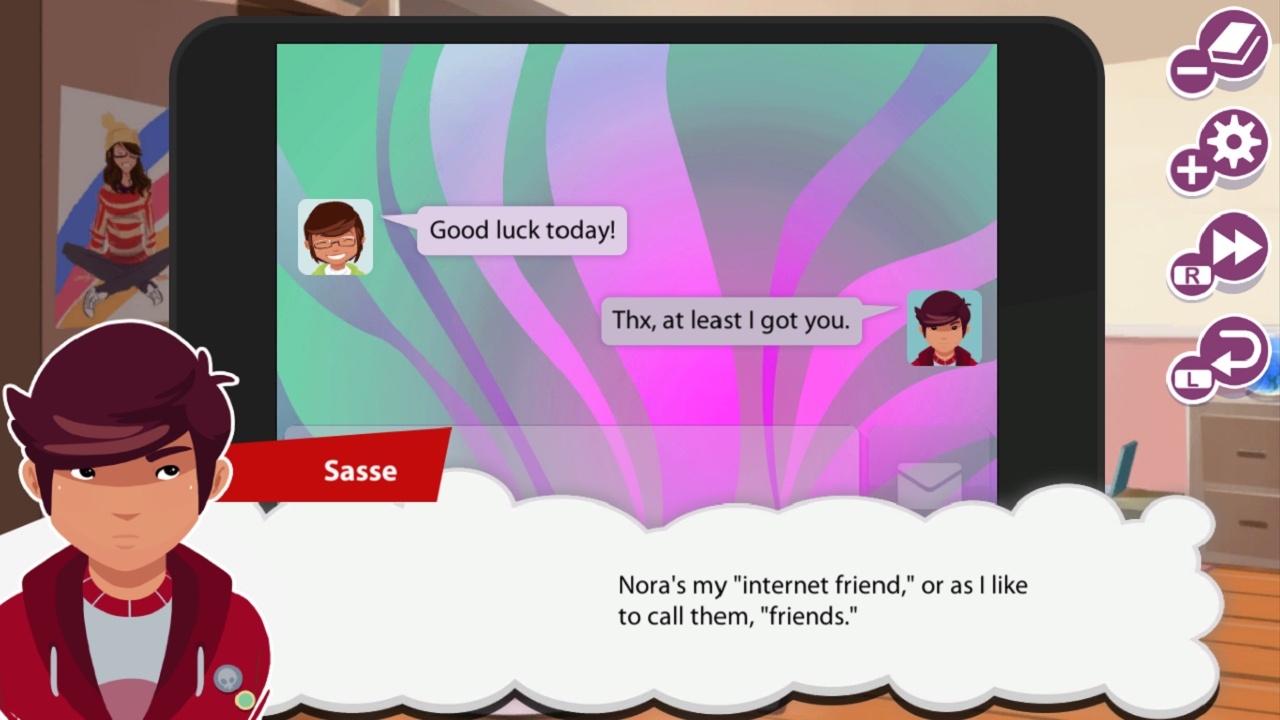 Long Story: A dating game for the real world is a nice almost ‘refresher’ game. By that I mean it’s a good game to play to wind down after playing something a little more challenging. I really like how the game makes you feel a part of the story and although I would’ve liked my journey to last a little longer, I still had a lot of fun building relationships with characters. If you’re not a fan of teen drama’s and/or visual novels then perhaps this isn’t the game for you. But if you want something to relax with after a long day, definitely give Long Story a try.

LongStory: A dating game for the real world Review

Long Story: A dating game for the real world is an LGBTQ friendly dating sim that puts you completely in control.